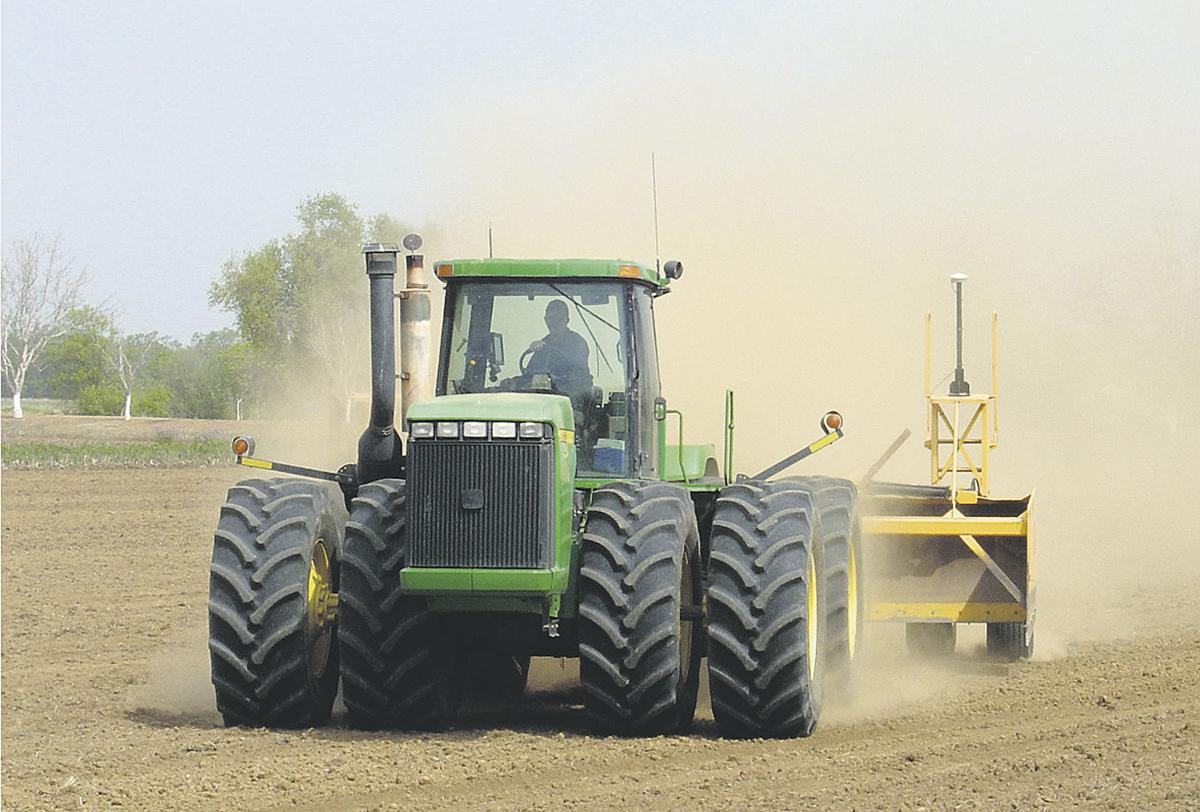 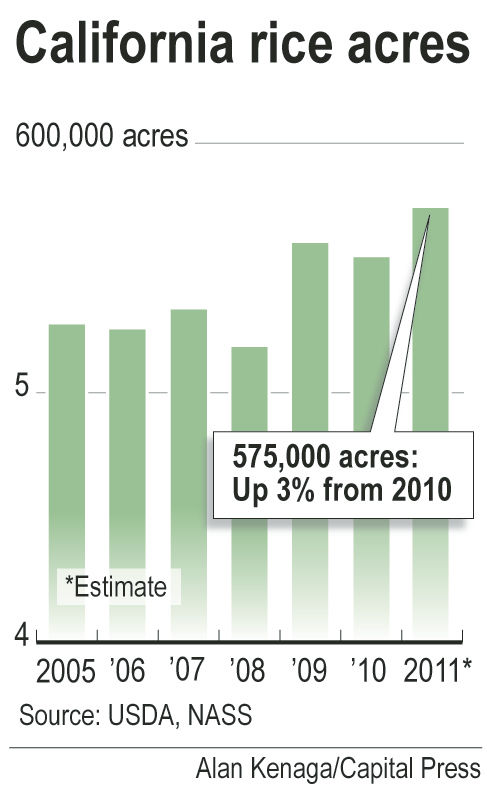 MARYSVILLE, Calif. -- Rice farmers in California's Sacramento Valley have been dodging raindrops while getting their fields ready for planting.

Growers have shrugged off scattered showers over the past week to level their fields with tractors. Once that is accomplished, growers will cover the fields with a thin veneer of water and sprinkle seeds from above.

"We're probably two or three weeks away from the first plantings if it doesn't rain," said Charley Mathews, a Marysville, Calif., grower and chairman of the California Rice Commission.

"If it doesn't rain anymore, it'll be a normal year," he said. "Even last year we had kind of a dry period in April, then it started raining at the end of the month of April and didn't stop."

California rice growers this year are expected to plant 575,000 acres, a 3 percent increase from last year, according to a USDA report. The increase comes as rice acreage nationwide is expected to drop by 17 percent as many growers switch from long- to medium- and short-grain plantings, the agency reported.

Rice in California is typically planted between April 15 and May 15, but late rains last year postponed much of the planting until late May. The resulting late harvest was complicated by more soggy weather.

Rice farmers don't have much margin to work with, either in terms of planting season or conditions. The ground has to be reasonably dry before levelers can prepare it to be flooded with a shallow layer of water.

The water depth must be precise, too -- deep enough to kill the weeds but shallow enough to grow the rice, growers explain.

Jim LaGrande, a grower in Williams, Calif., was on a tractor on April 14 trying to get his fields ready.

"Most of this ground is pretty wet," he said. "We're getting a later start this year than normal."

Adding to the challenge is that the fall's late harvest prevented some growers from putting in a cover crop, he said.

Still, growers are pleased to be in their fields working the ground, said Jim Morris, a California Rice Commission spokesman.

"They'd like to have been there a little earlier," he said, "but they're not behind by any stretch.