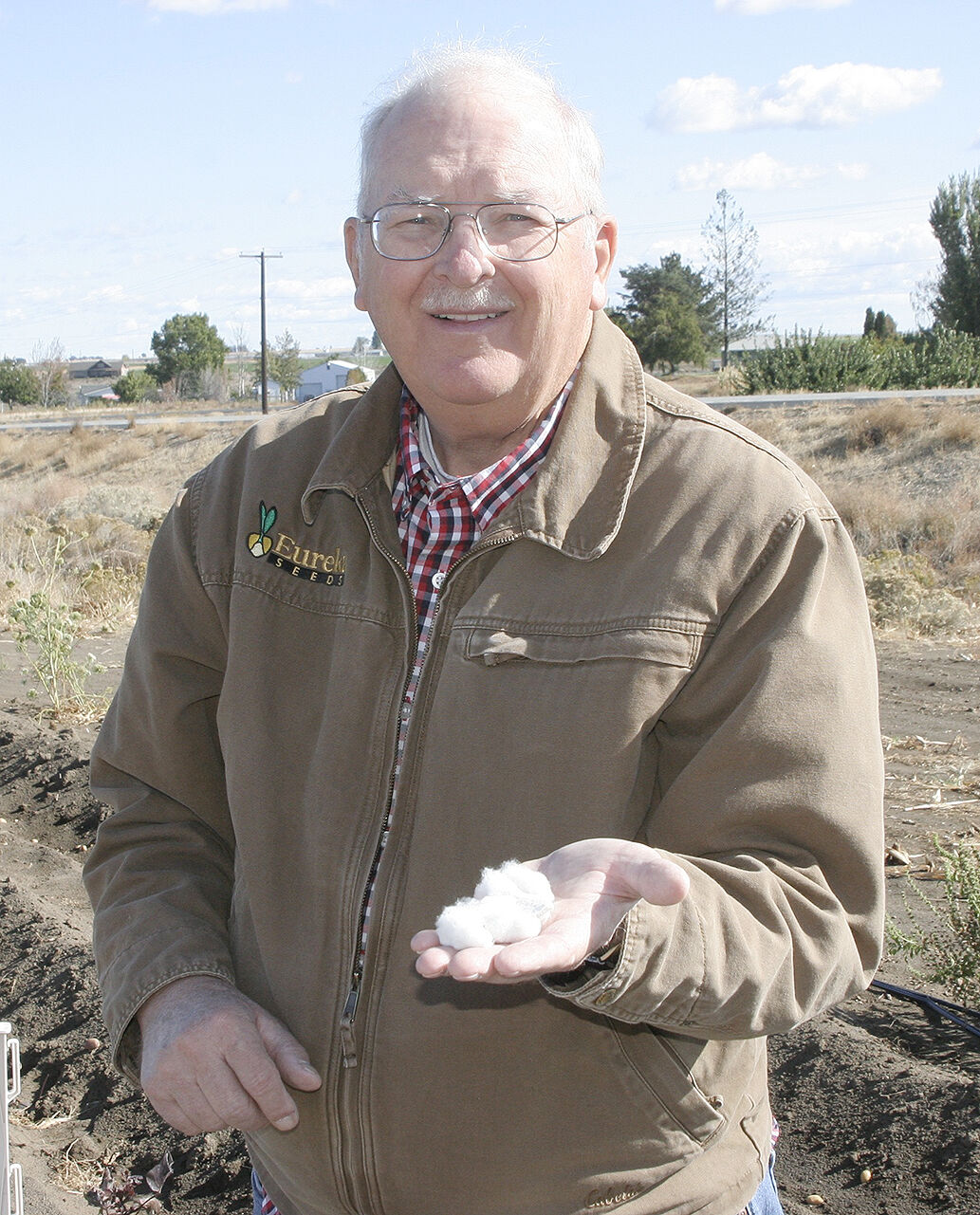 Augie Kooistra holds a handful of cotton he grew in Ephrata, Wash. Kooistra wanted to see if he could raise the crop in Washington state. 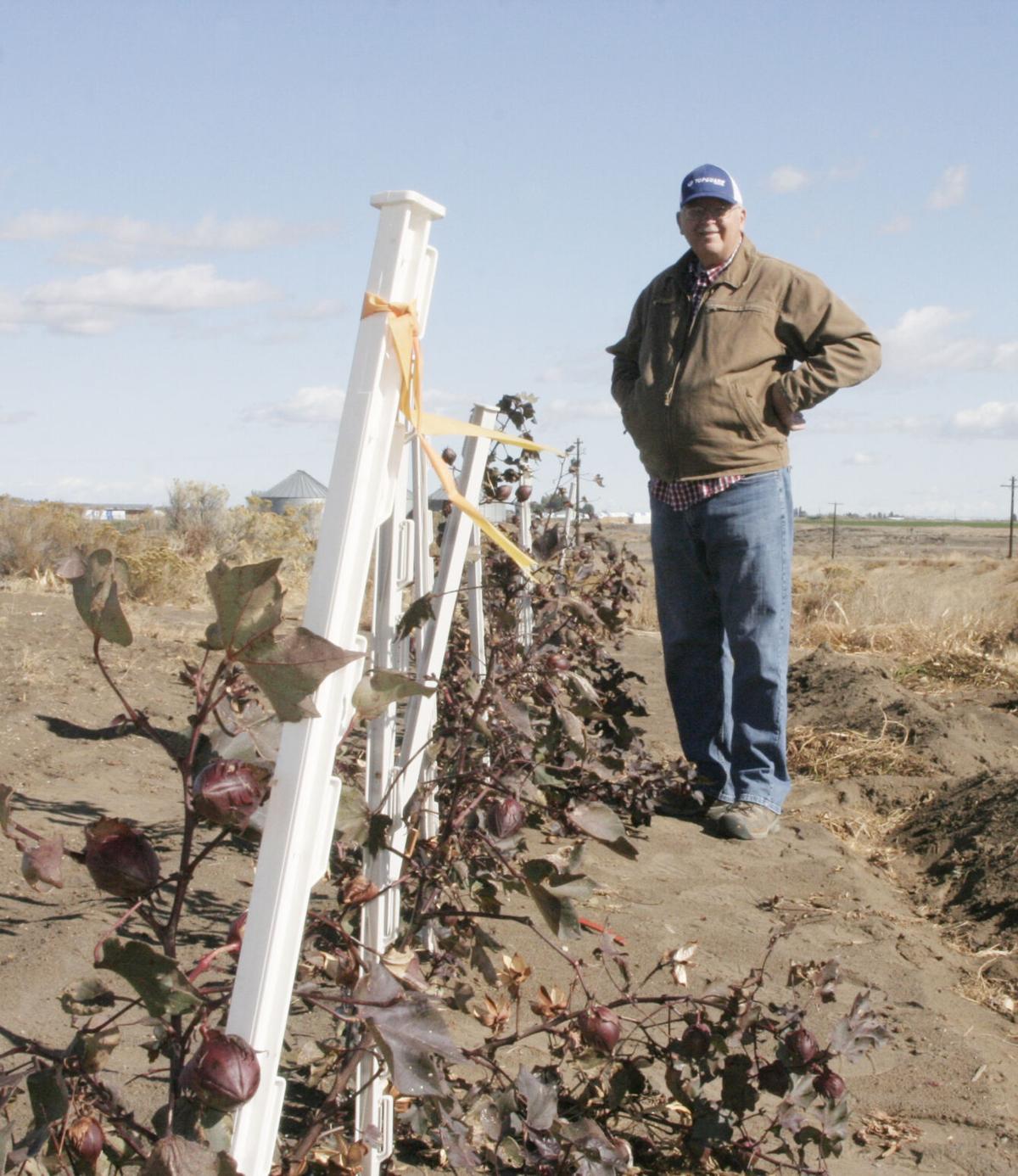 Augie Kooistra next to his cotton plants in his research field Oct. 12 in Ephrata, Wash. 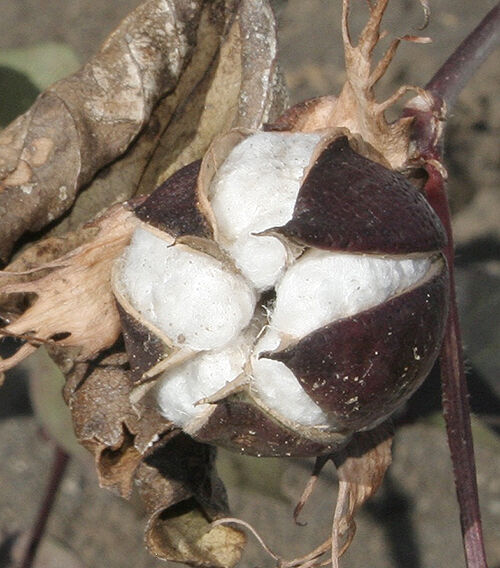 Augie Kooistra holds a handful of cotton he grew in Ephrata, Wash. Kooistra wanted to see if he could raise the crop in Washington state.

Augie Kooistra next to his cotton plants in his research field Oct. 12 in Ephrata, Wash.

Cotton has never been one of them.

Augie Kooistra, owner of Augie’s Ag Sales in Ephrata, Wash., decided to try raising the plant this year after touring several states, where he saw cotton and rice grown for the first time.

“I just wanted to prove the point, Can I grow cotton?” Kooistra said. “I proved the point.”

Kooistra raised 13 plants. He started out indoors, then transplanted them to his 7-acre research field.

Kooistra’s been selling seed since 1972 and under the Augie’s Ag Sales name since 1986. He and his wife, Pat, run the business.

He plants up to 60 corn hybrids to test their performance, he said.

“If they look good in my field, then they’re going to do good anywhere in Washington, Oregon and Idaho,” he said.

He began “harvesting” his cotton in mid-July. It stopped flowering around mid-October.

Kooistra hasn’t kept track of how much cotton he’s produced. All the cotton went to his daughter in Spokane.

What has she been doing with it?

“Good question — I never asked,” he said. “I think she’s going to make a pillow.”

Kooistra plans to plant a variety of cotton that matures earlier next year.

As part of his job, Perry Beale, area supervisor and agricultural land use mapping lead for the state Department of Agriculture, sees just about every field in the state.

As far as he knows, this is the first time someone in Washington has tried raising cotton.

“But people are trying things all the time,” he said. “Farmers want to try that niche that nobody else has.”

“You always have to start somewhere — it’s nice to start small,” he said. “We’re always interested in anything new that might be a good, profitable crop for farmers as a rotation crop.”

Because of its long growing season, cotton could easily be grown in the state, but yields would be low compared to typical production areas in California and Arizona, said Ian Burke, a weed science professor at Washington State University.

But cotton tends to use a lot of nutrients, leaving the soil depleted, he said.

“It’s not as profitable as many of our vegetable crops on a per-acre basis, and yield will likely be lower,” Burke said. “If we were able to achieve more than 2 bales per acre, maybe it would be of interest? It certainly is a pretty crop in bloom.”

Cotton would also require completely different harvest equipment. A cotton picker is the most expensive piece of farming equipment available, Burke said, noting some cost more than $1 million. A cotton gin would also be needed, although cotton can be shipped overseas without being ginned, he said.

Despite the drawbacks, Beale’s interested to see how Kooistra’s cotton turns out next year.

“If it does, it certainly could open up possibilities for farmers here, especially if it becomes profitable,” Beale said. “My goodness, just think about if we could find a niche somewhere, had enough growing days and could get some good yields, that’d be pretty awesome.”

Kooistra won’t hazard a guess whether more farmers will follow his lead and try planting cotton.

Education: Twelve years in Lynden Christian Schools, "and then life, the school of hard knocks."