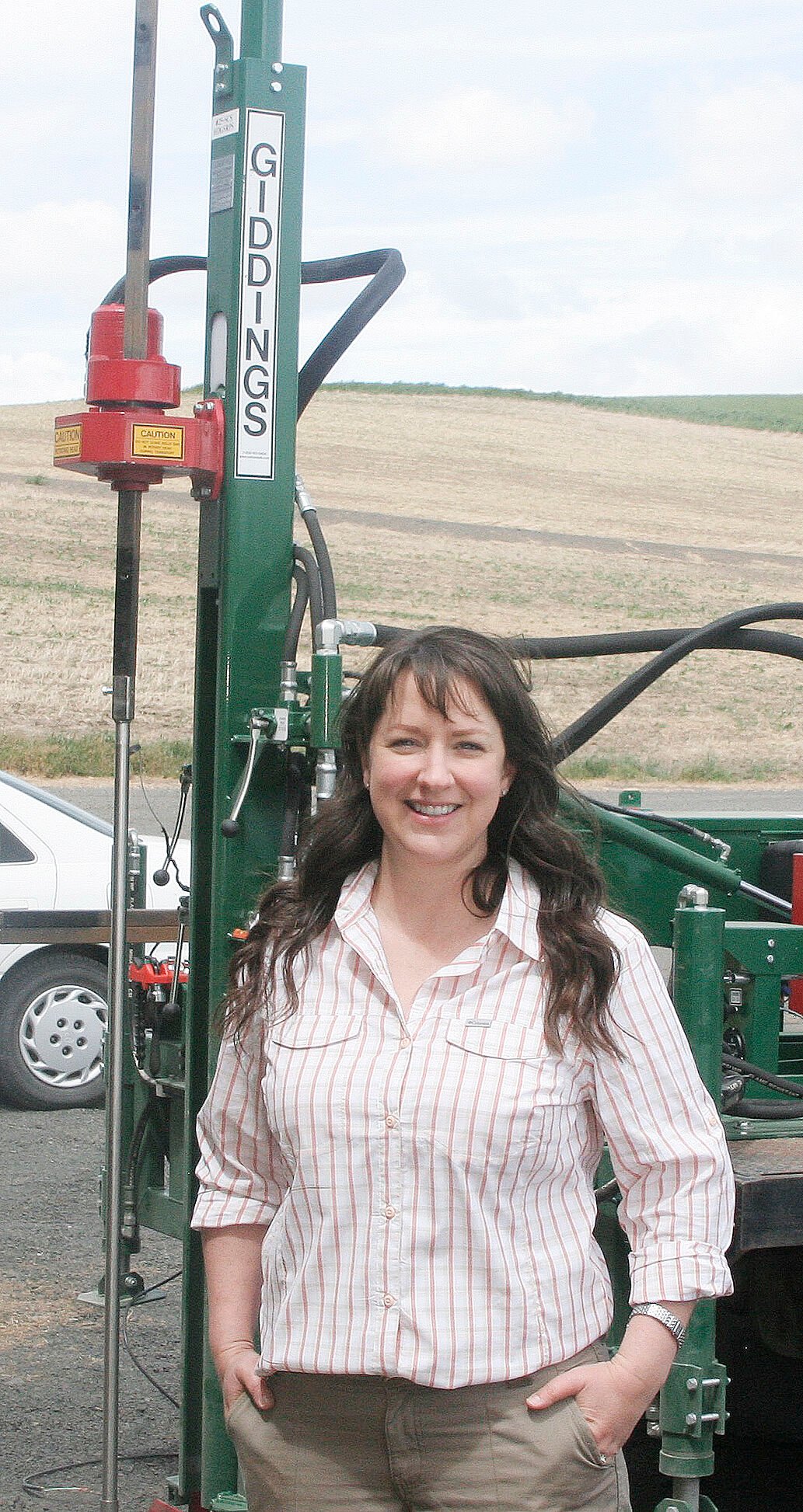 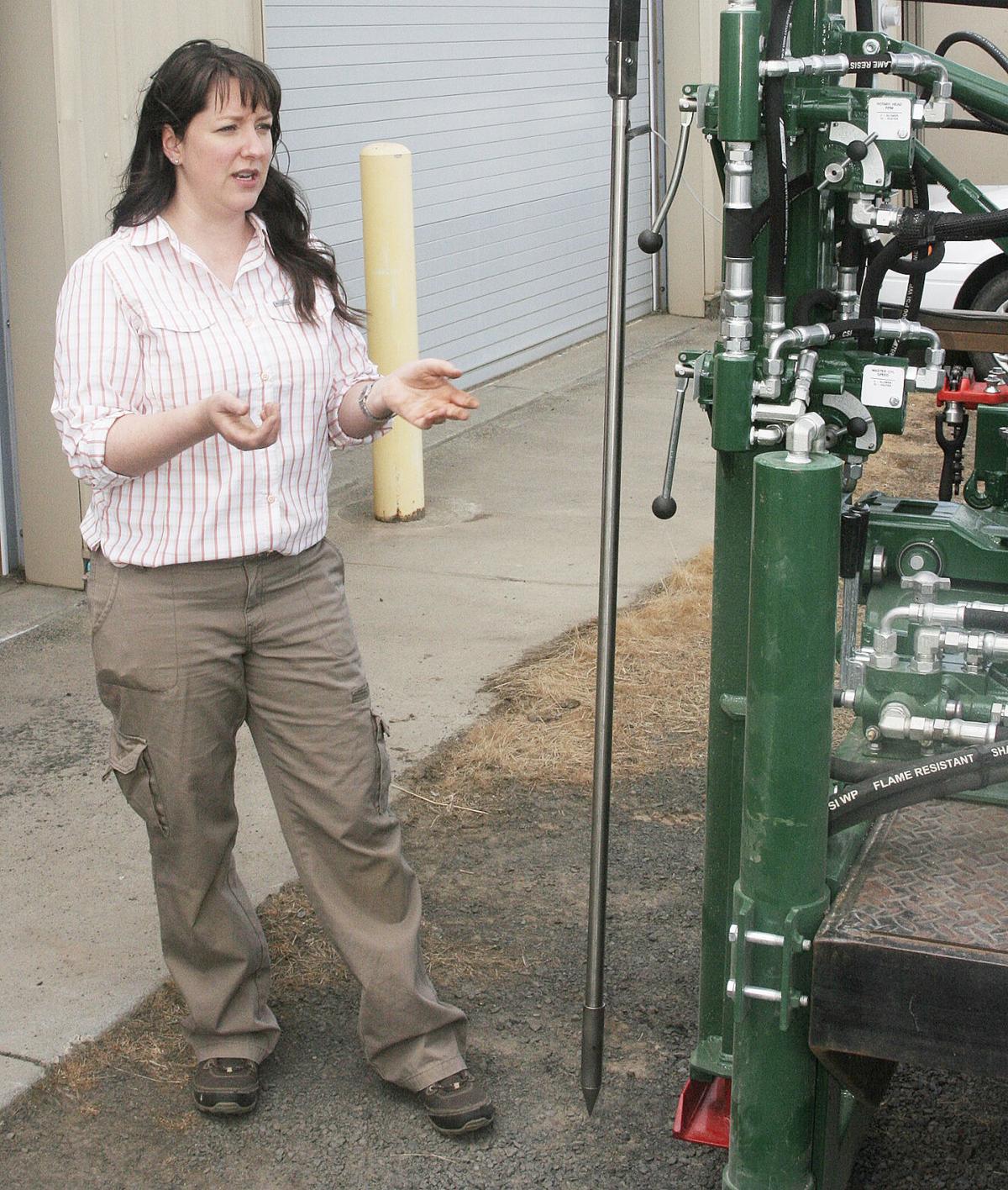 PULLMAN, Wash. — Farmers and researchers have known soil compaction is a problem ever since the invention of tractors, Haly Neely says.

But they didn’t have the technology they needed to tackle it. Until now.

Neely is assistant professor of spatial soil and water management at Washington State University. She recently received a grant from the Foundation for Food and Agriculture Research to study soil compaction.

Soil is a mixture of mineral particles, organic matter, water and air. When soil becomes compacted because it’s too wet or due to the use of heavy machinery or the loss of organic matter, those particles move closer together. The soil can’t hold as much water, and plants can’t access nutrients and beneficial microbes.

Land-grant universities estimate a yield reduction of at least 20% due to compacted soil. Severity increases in drier weather.

Neely’s research will use a hydraulically driven penetrometer modified by the Soil Health Institute and University of Nebraska-Lincoln.

Previously, most measurement tools were driven into the ground by hand, Neely said, but the results weren’t reliable. A pressure gauge was located at the top of the tool. Two individuals might push using different levels of force. The moisture content and texture of the soil affect the measurement.

Given these factors, researchers couldn’t use the most basic bulk density measurement to determine compaction, Neely said.

On the new tool, the device that takes pressure readings is at the bottom of the tool, avoiding some of the other issues that made measurements “squirrelly,” Neely said.

It uses a near-infrared spectrometer, running a fiber-optic cable through the hollow instrument to shine light through a small window. The light bounces off the soil and is reflected, sending a signal back to researchers.

“Now you have force, water and clay content, and now you can model what the bulk density is,” Neely said. “You’ve not pulled a single soil core, you have to take nothing back to the lab and you can do this quickly, so you can get them across the whole field.”

She is looking for farmers interested in working with her on the project.

“Instead of just saying, ‘Compaction’s a problem,’ they need to know what to do about it,” Neely said. “At least the farmer can make an informed decision. Right now, we’re just kind of guessing, based on our experience. Which is not bad, often it’s going to turn out to be true. But (we’re) getting some numbers around that so they can really make the best possible decision for their operation.”

“I’m pretty sure that most people that work with Haly figure out her tenacity pretty quickly,” said Cristine Morgan, chief scientific officer at the Soil Health Institute in Morrisville, N.C.

Morgan called Neely one of the more effective problem-solvers in soil science research today. She was Neely’s Ph.D. adviser and later a colleague at Texas A&M University.

“Any opportunity I get to work with her, I do,” Morgan said. “She’s highly clever, very technically capable and never really took ‘No, this doesn’t work,’ for an answer. She could always put in the time and the thinking to make things work. Many times, she made things work that nobody else could.”

She was raised in Waitsburg, working for the Northwest Grain Growers as a grain-scale operator during her summers as a college student.

She took a soil science class and fell in love with the subject.

“It’s such a complex system, it’s right beneath your feet, it’s something most people don’t think about,” she said. “But it is vital. The more I learned about it, the more I was interested in it.”

She was drawn to soil compaction for the same reason. It’s not as readily visible as changes to organic matter, she said.

“It’s something that’s easily ignored, but it’s a big problem,” she said. “It’s a hard problem, but I feel like it’s a solvable problem with the tools and technologies we have now.”

Education: Bachelor's degree at Washington State University in agricultural journalism. "It was my dream at the time to work for Capital Press." Master's degree in soil fertility, also WSU. Ph.D. in soil physics, Texas A&M University