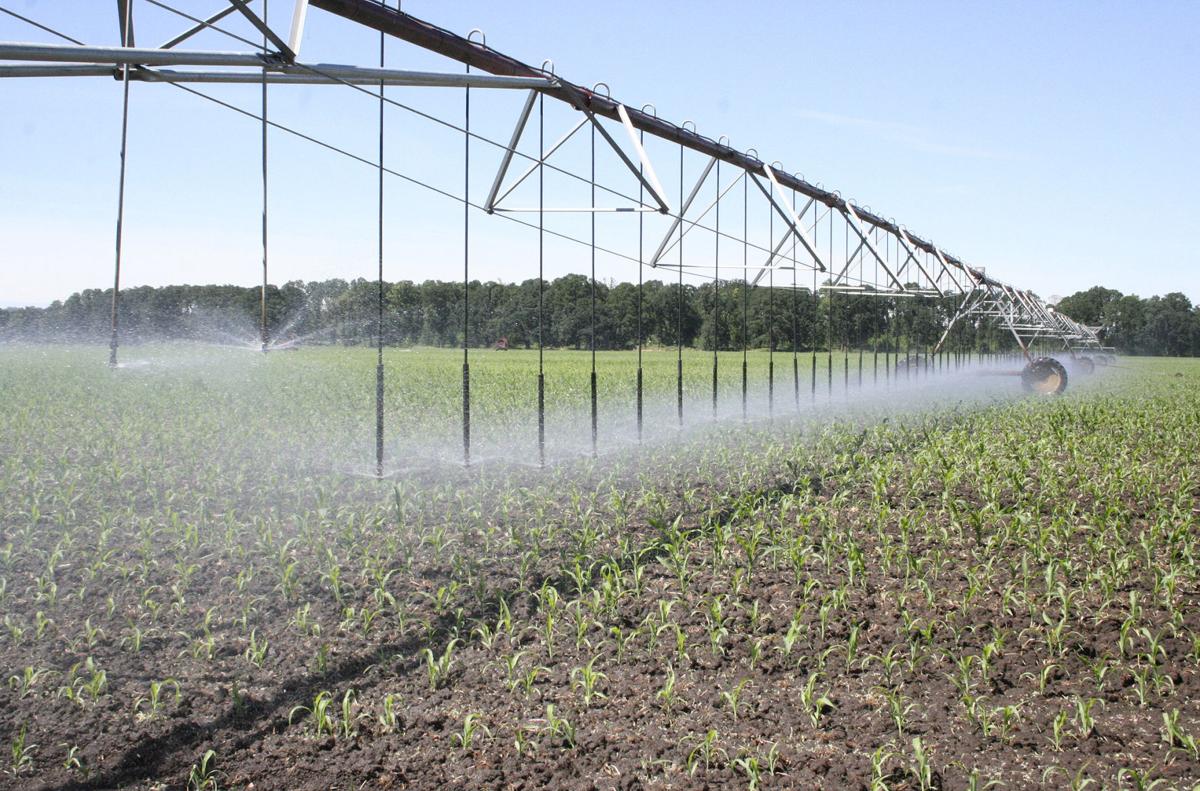 A new online system, OpenET, will help track water use across the West when it goes into operation next year, its supporters say. 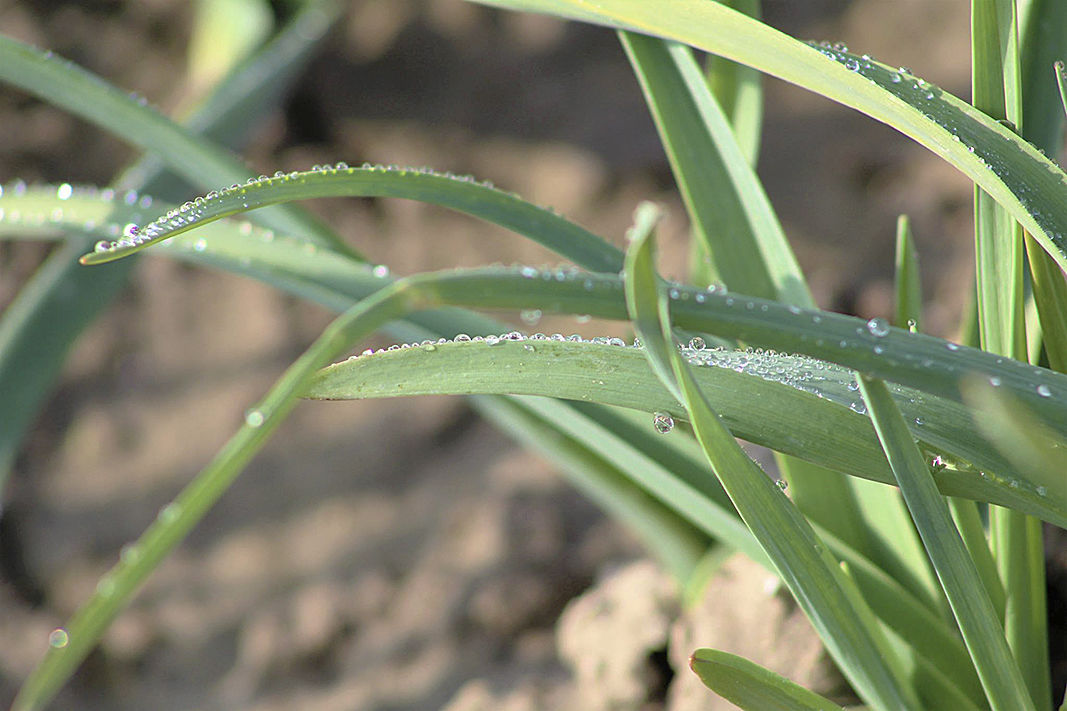 OpenET developers claim it will help expand irrigation practices that maximize “crop per drop,” reducing costs for fertilizer and water. 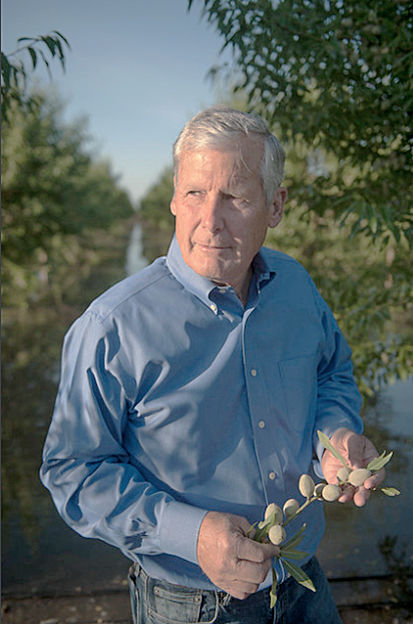 Water data has historically been limited in scope and expensive to access. A new project seeks to change that.

Researchers from NASA, the Desert Research Institute and the Environmental Defense Fund, with support from Google Earth Engine technology, are working to create an online platform with free, accessible, satellite-based water data open to anyone.

Farmers have expressed both excitement and concern about the prospect. Industry leaders and water experts say the project will have a profound impact on water management in the West.

“The implications are tremendous,” said Andrew McElrone, professor and research plant physiologist at the University of California-Davis. “This will impact growing decisions, water usage, water rights and trading.”

The project, called OpenET, will launch in 2021.

OpenET’s leaders say its purpose is to improve “sustainable water management” for communities, rivers, wildlife and agriculture. It is funded by charitable foundations, NASA, agricultural companies and irrigation management districts.

OpenET is so named because it measures evapotranspiration, or ET, the process by which water moves from ground to atmosphere through both evaporation from the land and transpiration from plants.

Forrest Melton, a senior research scientist with the Cooperative for Research in Earth Science and Technology at NASA Ames Research Center, said consistent information on evapotranspiration “is probably the biggest data gap for water management.”

ET technology isn’t new. According to Maurice Hall, who leads EDF’s Western Water program, universities and other groups have used ET data for years, but the existing approach is “piecemeal at best.”

“Given the importance of water, it’s surprising how archaic many of our tools are for actually managing water resources,” said Buzz Thompson, a natural resources law professor and faculty director for Stanford University’s Water in the West program. “OpenET could be revolutionary.”

Draw a line from North Dakota to Texas, and those 17 states to the west will be included in the initial project, according to Robyn Grimm, OpenET project manager for EDF. The model, Grimm said, may spread to remaining states and other countries.

OpenET will not make private data public, according to Melton of NASA. Instead, OpenET will choreograph fragments of already-public information, such as weather data sets and field boundaries, into one coherent platform.

“Water management agencies and others already have access to this type of information,” said Melton. “But because in the past it’s often been limited and expensive, not everyone who needs the data has had access to it. I think having equal access to information can lead to better decisions, especially for water management.”

“Right now, we use aerial imagery and infrared technology,” said Don Cameron, vice president of Terranova Ranch in Helm, Calif. “And we pay for it. If we had another tool, it would be really helpful.”

“Saving water saves farmers money, so they have a strong incentive to conserve,” said Parrish. “If a program like OpenET makes cents — as in dollars and cents — then make it available to farmers, move out of the way and they’ll adopt it.”

But other farmers told the Capital Press they fear the data could be used against them.

“With the data going open and public, are growers going to have environmental groups sue their pants off for perceived overuse of water?” said a Washington state viticulturist who did not wish to be identified.

The data may also be used to enforce water rights and enable water trading.

According to Thompson of Water in the West, ET data has been used for at least a decade in regulatory and legal conflicts.

“This kind of data will help police and enforce water rights,” said Thompson.

In civil cases, he said, the standard of proof is essentially “more probable than not.” So even if data accuracy is imperfect — OpenET will have a 15% margin of error, according to Melton — it can be used as case evidence.

But, said Thompson, a landowner always has other options to gather more fine-tuned data, such as hiring water consultants.

OpenET has limitations, such as monitoring in areas with cloud cover over extended periods. But no system is perfect, said Grimm of EDF, and OpenET is meant to complement rather than replace existing systems.

Other methods, such as well metering, continue to be important.

Meters measure what is being pumped or extracted, while ET reveals what is leaving the system. Both factors, Grimm said, are important for water management.

Grimm said because ET estimates are cheaper and less time-consuming, OpenET may allow farmers to use other technologies less frequently, saving them time and money.

“I’ve talked to farmers who are eager to get their hands on this data,” said Parrish of the American Farm Bureau.

The research team is working to make data available continuously, within 48 hours of measurement.

According to Tyler Erickson, developer advocate for Google Earth Engine, users can request specific reports: for example, of aggregated water use for a watershed, administrative boundary or agricultural field.

Those who want to dig deeper, he said, can access a programming database. OpenET will use optical and thermal satellite imagery with a resolution of 30 by 30 meters, allowing farmers to compare field to field, but not likely row to row, said Erickson.

Farmers can also create their own secure OpenET accounts in which they can submit information such as property maps that will not be shared but will increase the accuracy of their own data, said Melton.

“But we don’t want to just throw information at people,” said Robyn Grimm, OpenET project manager for EDF. “We want to contextualize the data.”

“I’m optimistic OpenET will turn out to be more positive than negative,” said Parrish of the American Farm Bureau. “I know this makes some farmers feel uneasy, but overall, I think this could be a good thing for agriculture.”