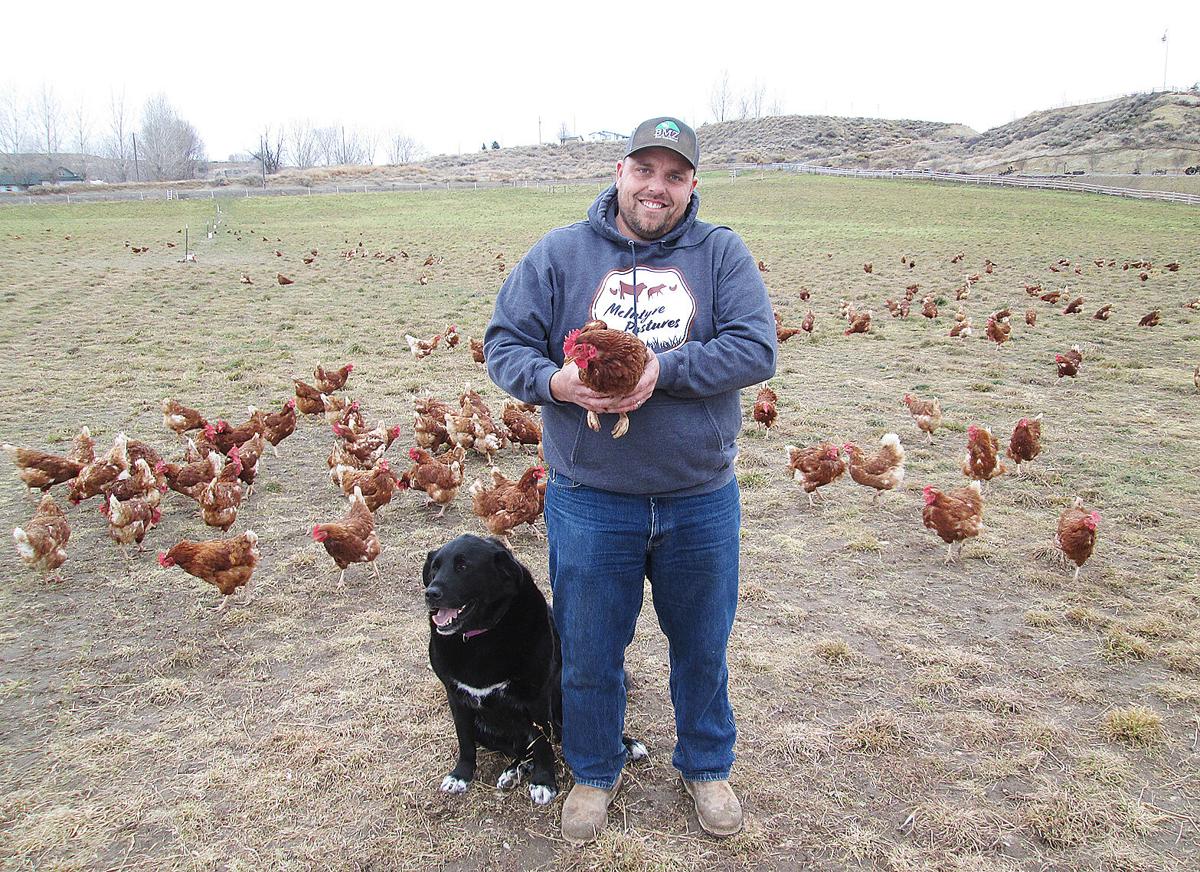 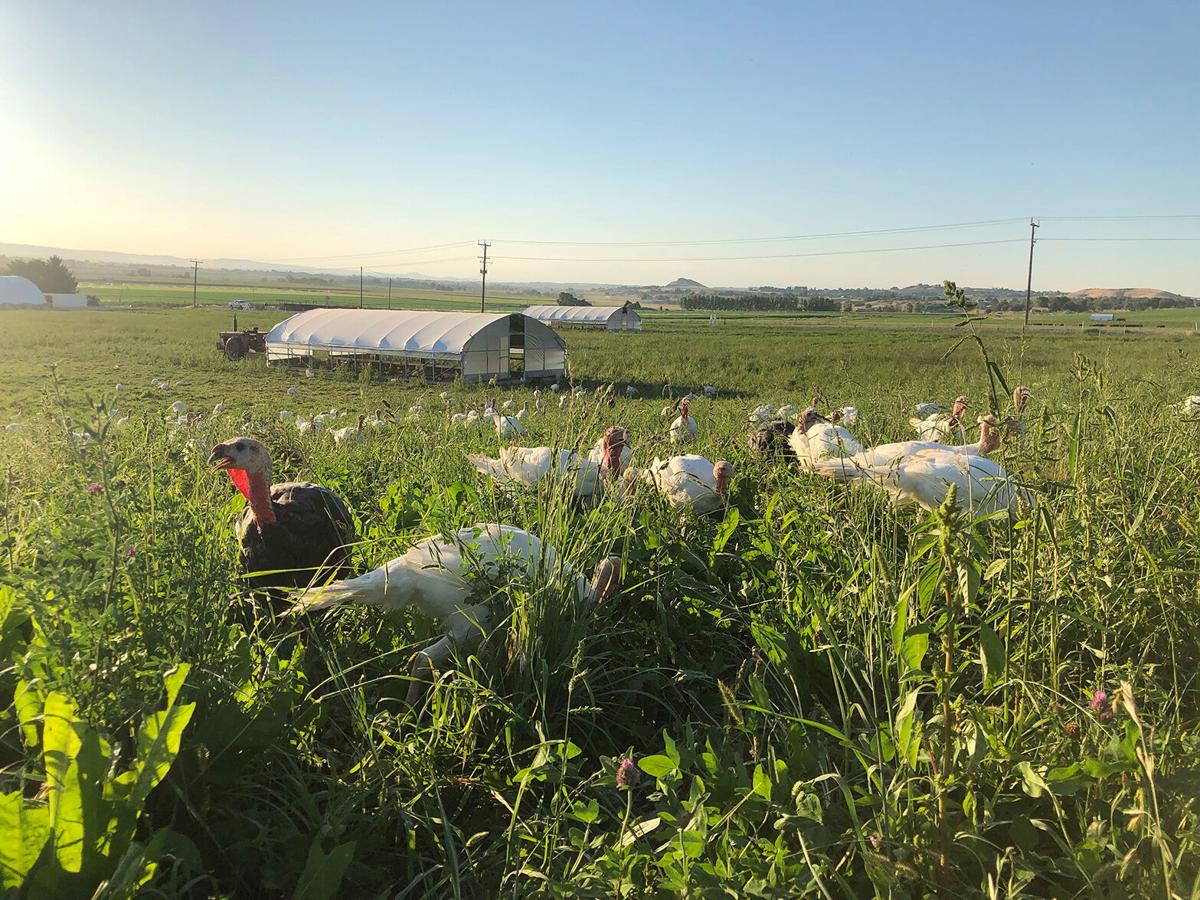 The McIntyre family’s farm near Caldwell, Idaho, has focused on soil health and diversification. Poultry, such as turkeys and chickens, help improve the soil. 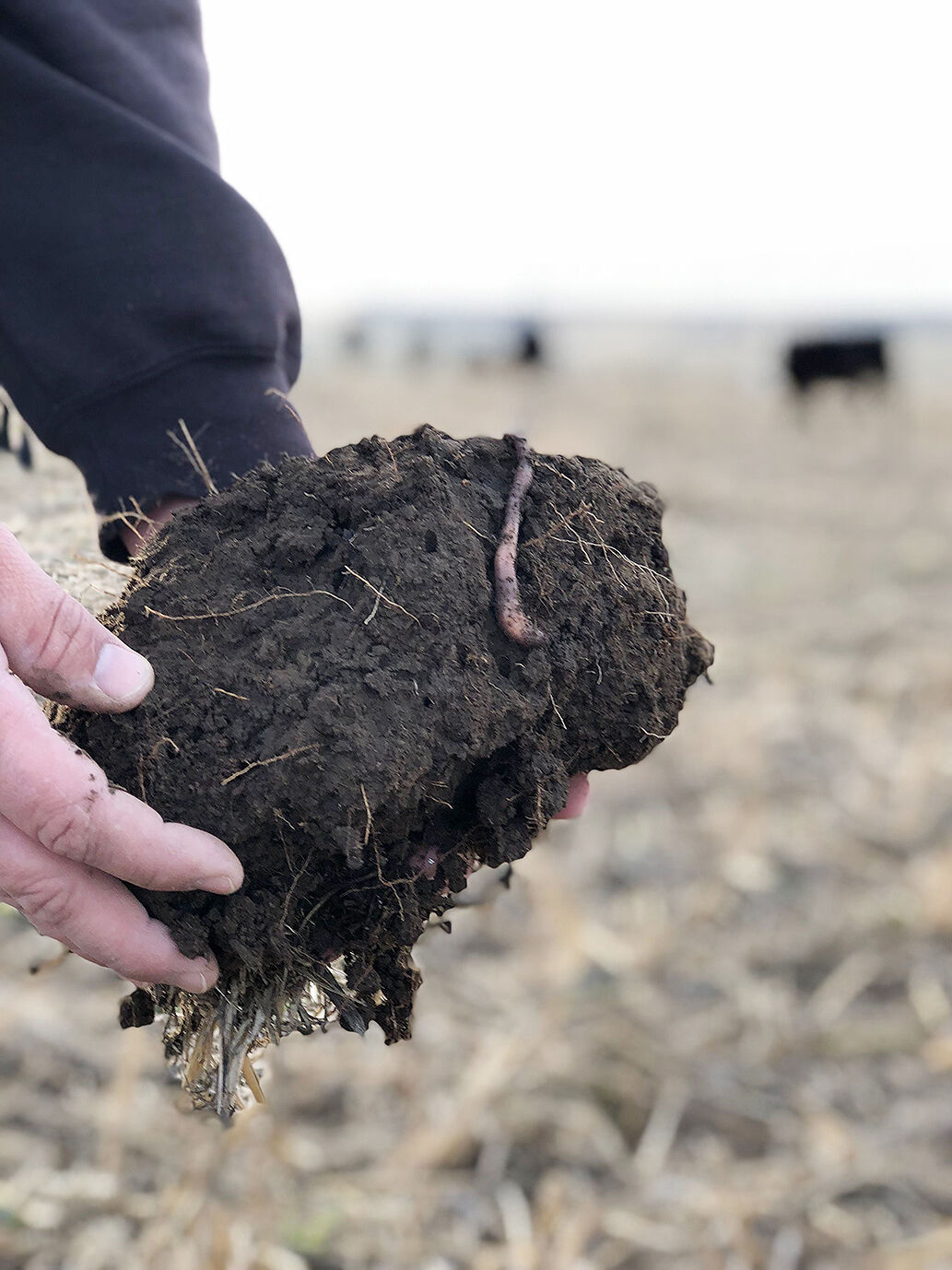 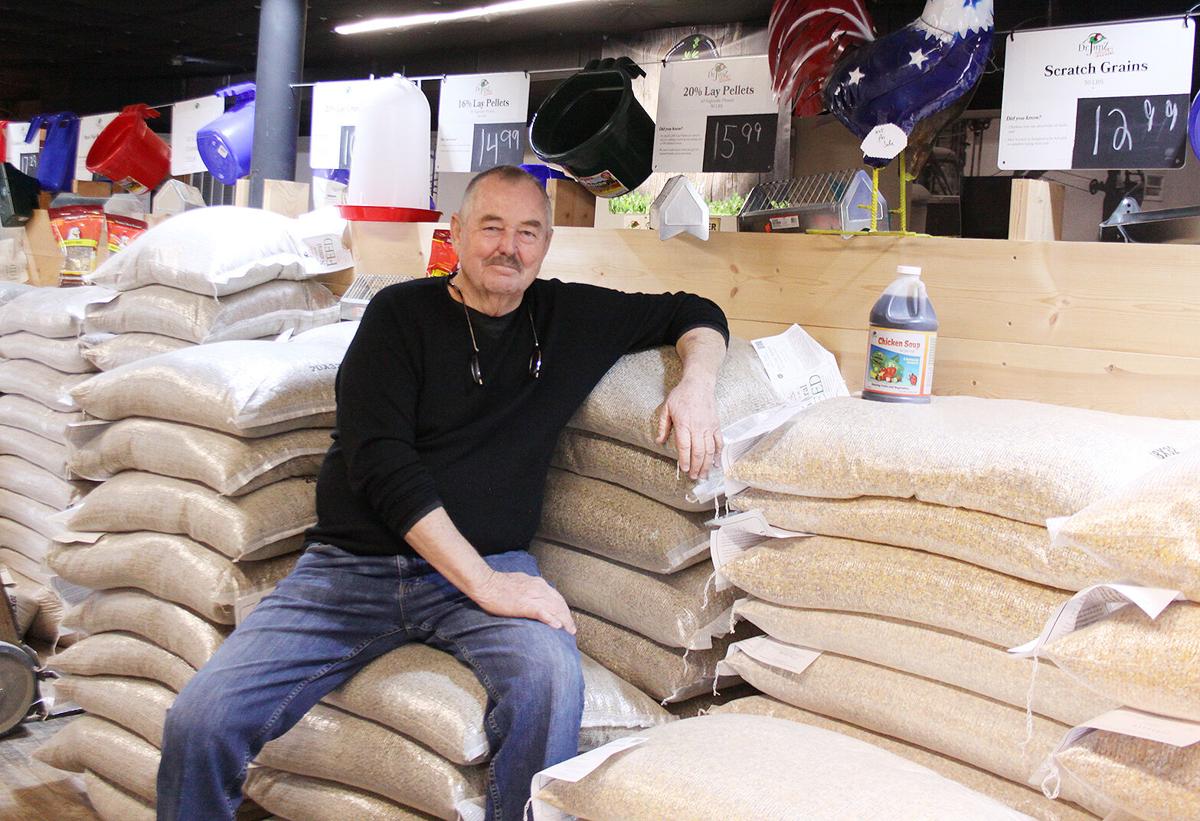 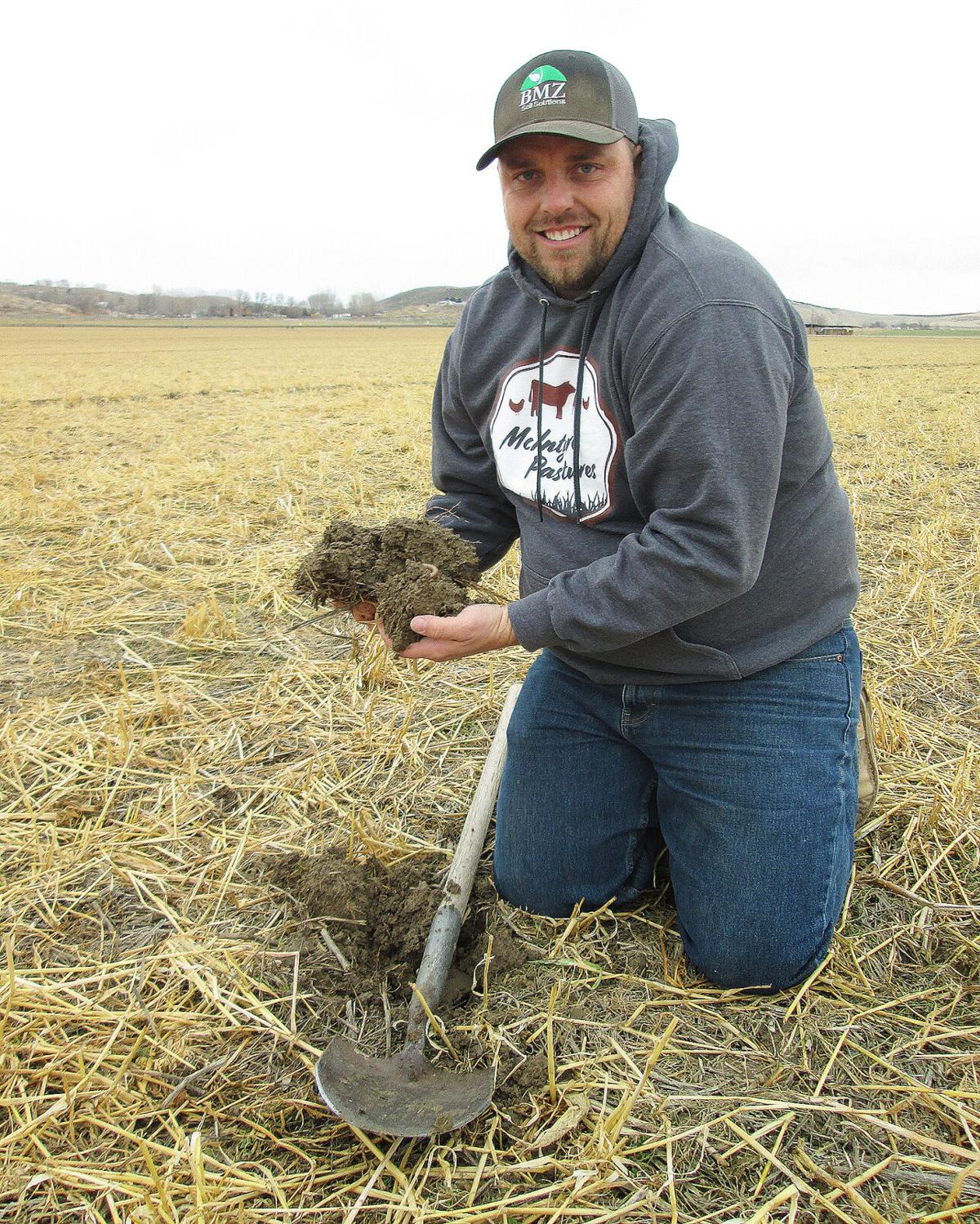 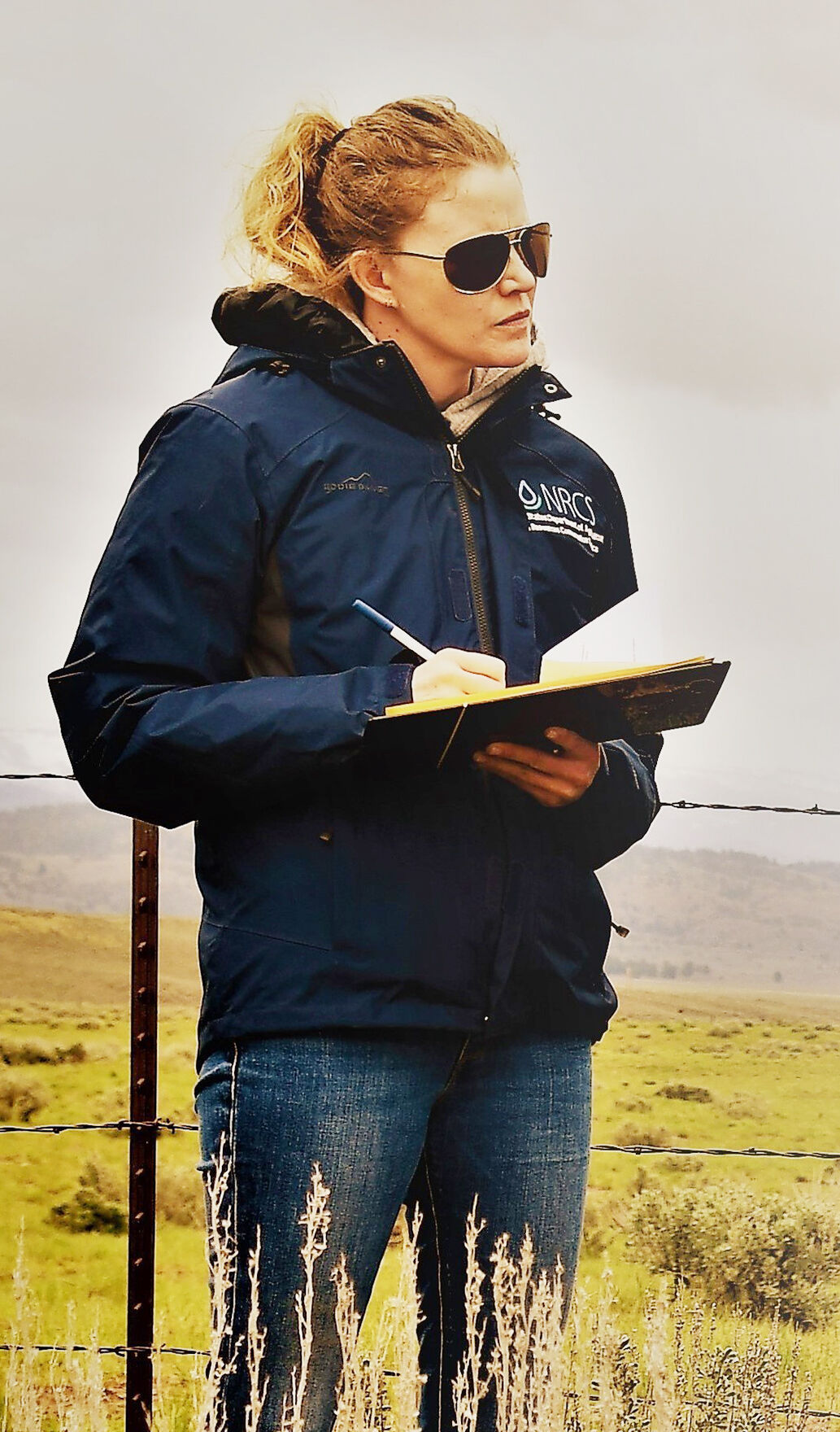 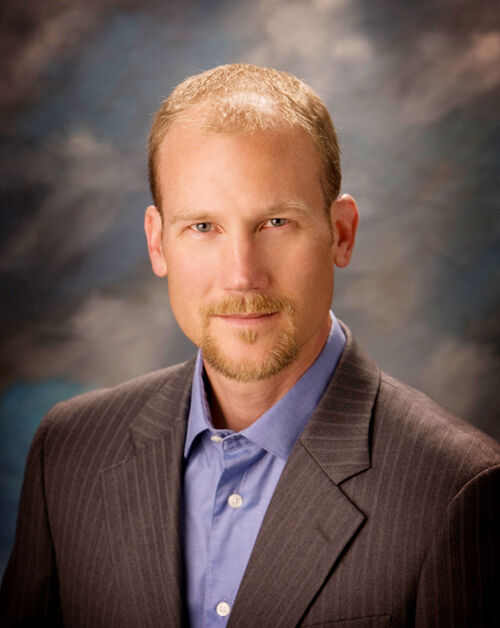 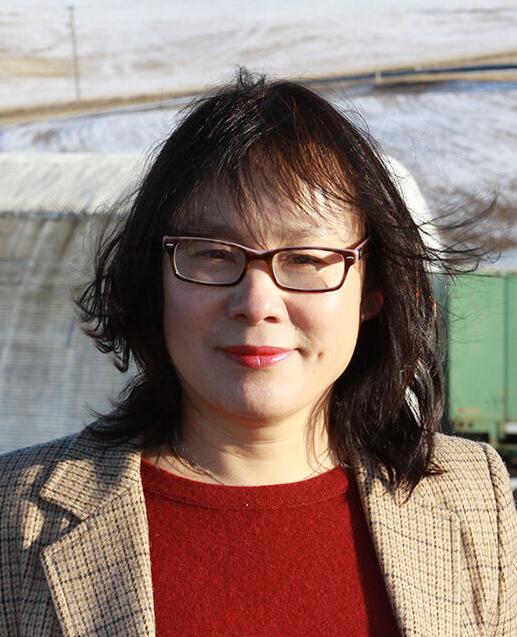 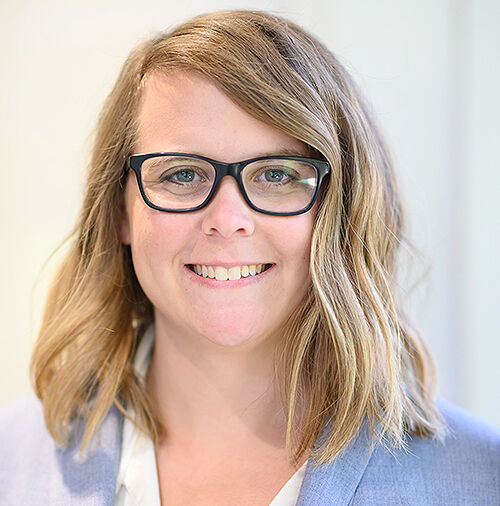 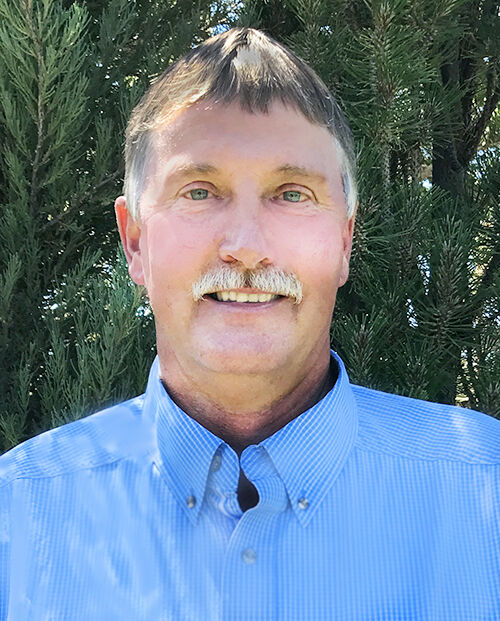 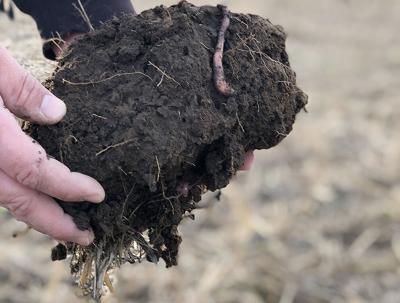 The McIntyre family’s farm near Caldwell, Idaho, has focused on soil health and diversification. Poultry, such as turkeys and chickens, help improve the soil.

CALDWELL, Idaho — A walk around McIntyre Family Farms reveals a different kind of operation than it was 12 years ago.

Back then, the farm produced 3,500 acres of alfalfa forage and corn, wheat and beans.

Then in 2009, the McIntyres started down a different path, one following regenerative, nature-mimicking practices and focusing on soil health.

In 2013, they added cattle and free-range laying hens, followed by pigs, turkeys, meat chickens and ducks.

Brad McIntyre, 38, says the previous iteration of his family’s farm, which also does business as McIntyre Pastures, focused too much on yield, and the soil suffered because of it.

“We had been going for yield the whole time, and that’s what got us in trouble,” he said.

Brad McIntyre co-owns the farm with his brother, Ben, 41, and their father, Loren, 63. Ben’s wife, Maria, provides marketing and management support. The farm got smaller as the leases on 2,500 acres were not renewed.

And there are some 15 cover crops, including multiple vetches, warm-season grasses and brassicas.

“We plant a diverse blend wherever we can behind the cash crops,” McIntyre said.

The cover crops keep roots in the soil while feeding the animals and poultry, which are moved daily. The poultry follows the animals, helping to spread manure as they consume insects and plant material.

“We use animals as one of the tools to convert biomass into available protein sources,” McIntyre said.

The diversity also provides a variety of work for the McIntyres. Brad and his wife, Jill, have six children, and Ben and Maria have four.

“The purpose of the change was to put more life in the soil” through no-till practices, Brad McIntyre said. “As we learned more, we realized we needed the livestock to reach the next level of soil health. We also had a desire to slow down the work,” which “gave the children something to do on the farm.”

Over time, the soil rebounded. McIntyre said seeing earthworms return is “a good indication you’re moving in the right direction.”

He said healthy soil often is “crumbly when you pull it up — and really airy, not compacted and tight.” He likens the color and texture to those of chocolate cake.

During the transition, the farm became more profitable and sustainable without sacrificing yields, Brad McIntyre said.

“We’ve added a lot of diversity into our business while improving the health of our soil,” he said.

“We started diving into everything,” McIntyre said of the changes. “But you can make changes without disrupting your whole farm plan.”

Experts say better soil health will in the future drive increases in crop yields as much as advances like new seed hybrids and fertilizers. And making sure soil stays healthy bodes well for a farm’s continued productivity.

“My yields have never dropped,” McIntyre said. “They only have stayed consistent or have gone up.”

The farm now uses 50% less fertilizer and 25% less water than it did previously.

Tad Baker, a crop consultant with Nutrien Ag Solutions in Caldwell and Parma, Idaho, said soil health is “one of the important factors” in yield.

“Everybody has been experimenting for years trying to figure out what is going to be the next big thing” in boosting yield, Baker said. “There is not one answer. It’s just a mixture of everything. Monitoring soil samples helps people see if what they are doing is making a difference.”

He said more farmers are talking about soil health.

“Cost is a factor,” Baker said. Farmers “don’t want to spend more than they can get out of a crop.” And a soil-health transformation “is not going to happen the first year. There is a long-term process.”

For example, a farmer could try to change the soil’s acidity over time by applying something like elemental sulfur, he said. Since acidity could climb eventually, “it’s a maintenance thing.”

“The goal is to improve the soil and improve the profitability to the farmer” by reducing other inputs, said Jim Zamzow, a developer of non-synthetic fertilizers. His products tend to take soil toward a neutral pH, which can help plants access and use more minerals.

What is healthy soil?

Reduced- or no-till planting and cover crops are among the tools. NRCS says no-till — which involves “drilling” seeds into the undisturbed soil — protects soil from excess erosion, reduces aeration and allows organic matter to accumulate.

Mike Wilkins of Rupert, Idaho, said his family recently experimented with cover crops, which made heavy clay soils looser while reducing erosion on sandier ground. Financial results were good but could have been better, due to weather and other variables, he said.

Cover crops can require “quite a bit of water in the fall, but on the right ground there is a benefit there,” Wilkins said. They’re especially advantageous if the producer has livestock.

“We had a pretty good experience with it, but in every operation you have to fine-tune what you’re doing,” he said.

“There is no one-size-fits-all to understanding soil health,” said Rob Dungan, research microbiologist with the USDA Agricultural Research Service in Kimberly Idaho.

That’s because soils, practices and cropping systems vary widely. “But the one thing that ties everybody together and everybody is focused on is soil organic matter,” he said. “Almost everyone can agree that if you are increasing soil organic carbon, then you are improving soil health.”

He’s one of several researchers in south-central Idaho studying the impacts of applying manure in different seasons and at different rates, mostly to dairy feed crops.

“We have a lot of cattle and a lot of manure, and we are trying to find a home for the manure,” Dungan said. Applying it can improve soil health and quality, and crop yield. “It just has to be used at the right rate.”

Challenges include “utilizing manure in a beneficial way without causing additional environmental problems” and transporting it economically to farms, he said.

Manure “kind of supercharges the soil, and you will see really high enzymatic activity with respect to carbon and nitrogen turnover in the manure-treated soils,” Dungan said. “And it really ramps up microbial activity.”

But manure and compost are salty, and applying too much can hurt the soil and crop, she said. They are high in phosphorous and potassium, which farmers should account for if they also apply inorganic fertilizer.

Schott is working with soil conservation districts in the region to assess the soil health of 34 growers’ fields. Most are following a soil-health practice.

“We do have some pretty high (positive) soil-health indices from commercial tests out here,” she said.

Schott said improving soil health can increase yield, but that is not her focus.

“Producers care about yield increases, and they should, but the goal of soil health needs to go beyond yield improvement,” she said.

Jim Zamzow, a developer of non-synthetic fertilizers, said his products tend to take soil toward neutral pH, which can help plants access and use more minerals.

Much of Eastern Washington’s soil is becoming more acidic, said Haiying Tao, a Washington State University assistant professor of soil fertility and nutrient management. Fertilizer practices are a cause. The more acidic soil is, the lower the pH reading.

“Crops all have a comfortable pH,” Tao said.

She said the region also has compacted layers of subsoil. Research found the shallower the compacted layer, the more yield drops because the crop has less access to water and nutrients below.

The Willamette Valley of Oregon naturally has a lot of organic matter in its soil, “but that doesn’t mean we haven’t lost some organic content,” said Cory Owens, state soil scientist at the Natural Resources Conservation Service. “So there are definitely opportunities to create higher-functioning soils.”

On his farm, Brad McIntyre regularly checks his soil. He takes a shovel of dirt and inspects it.

Nowadays, he likes what he finds.

“It’s got great smell and that ‘chocolate cake’ look,” he said.

Just what he’s after.