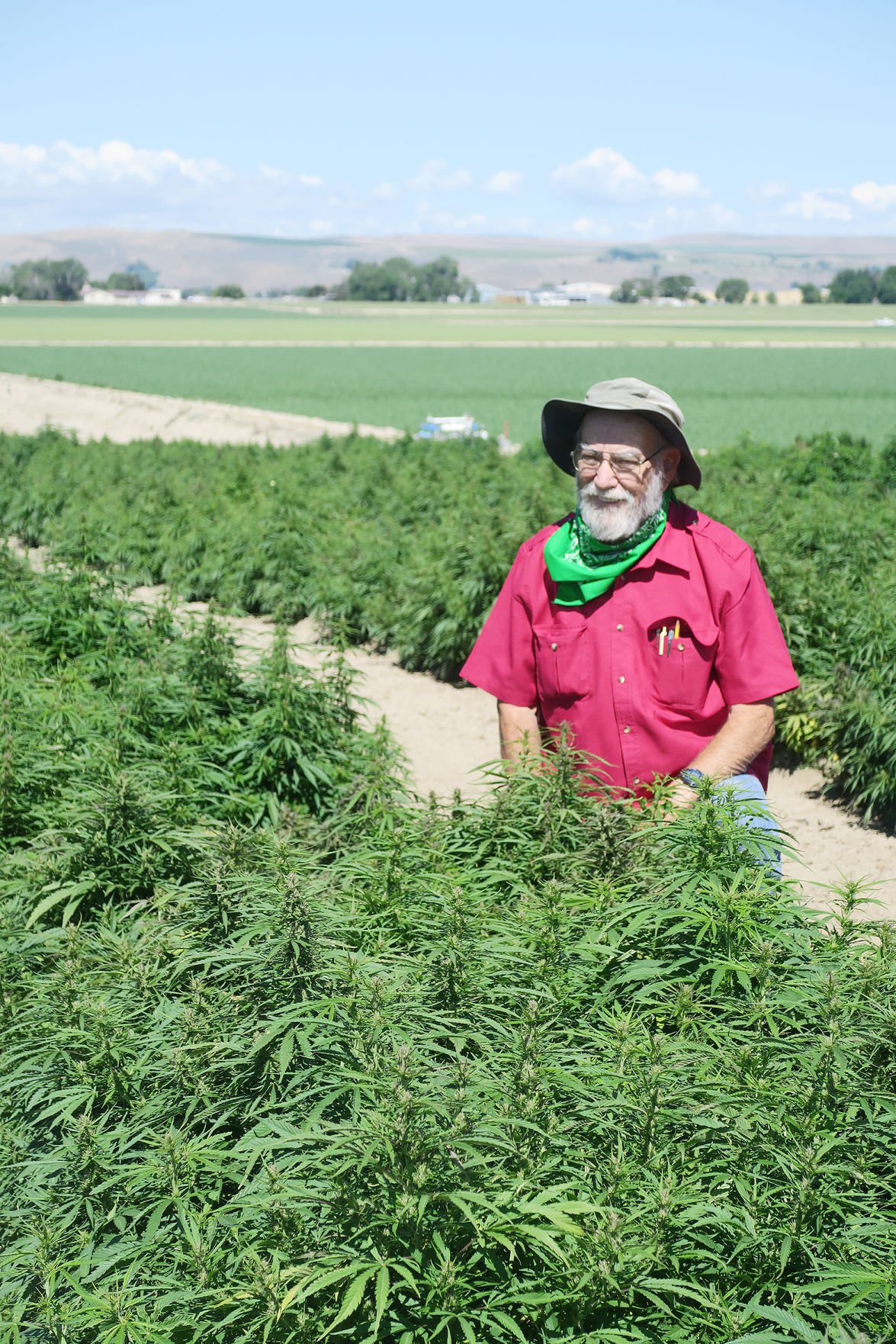 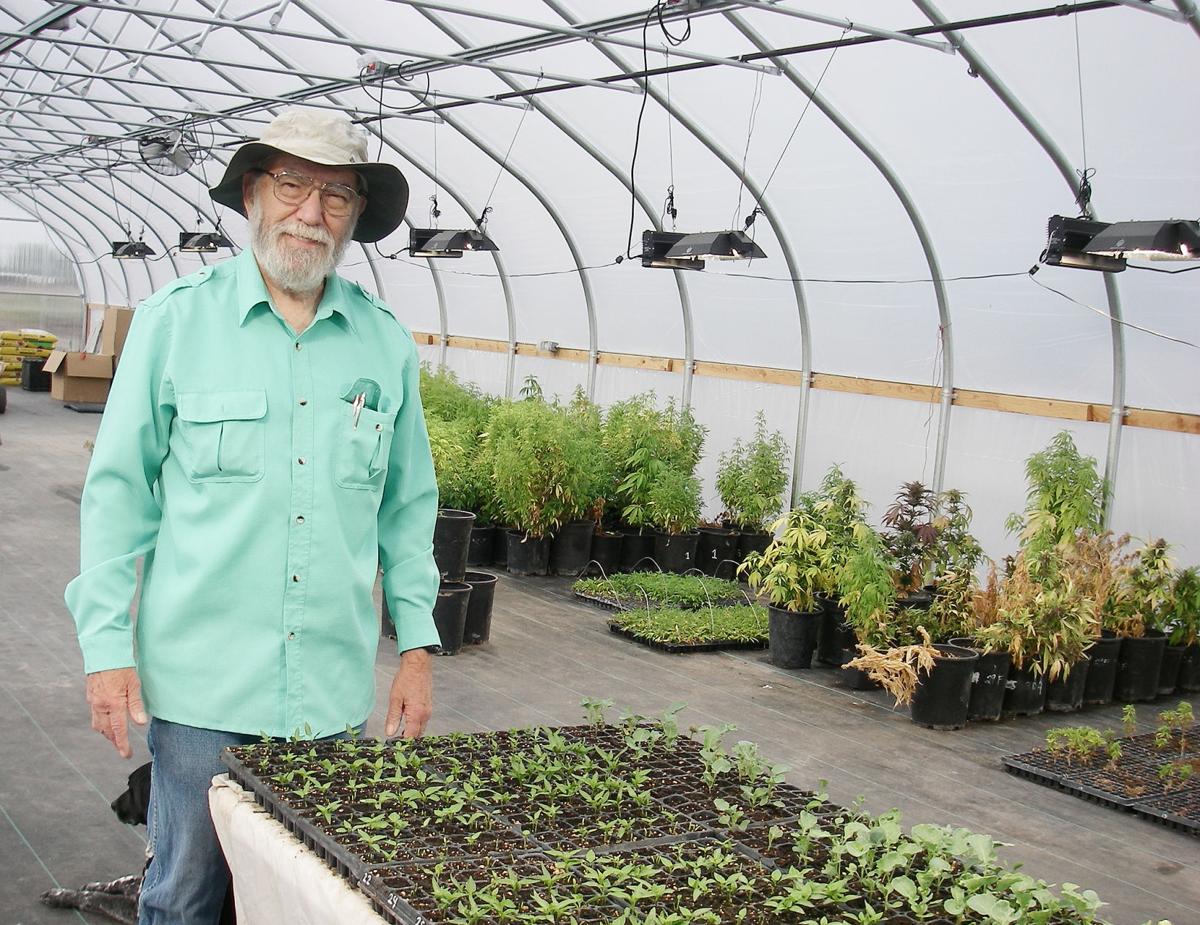 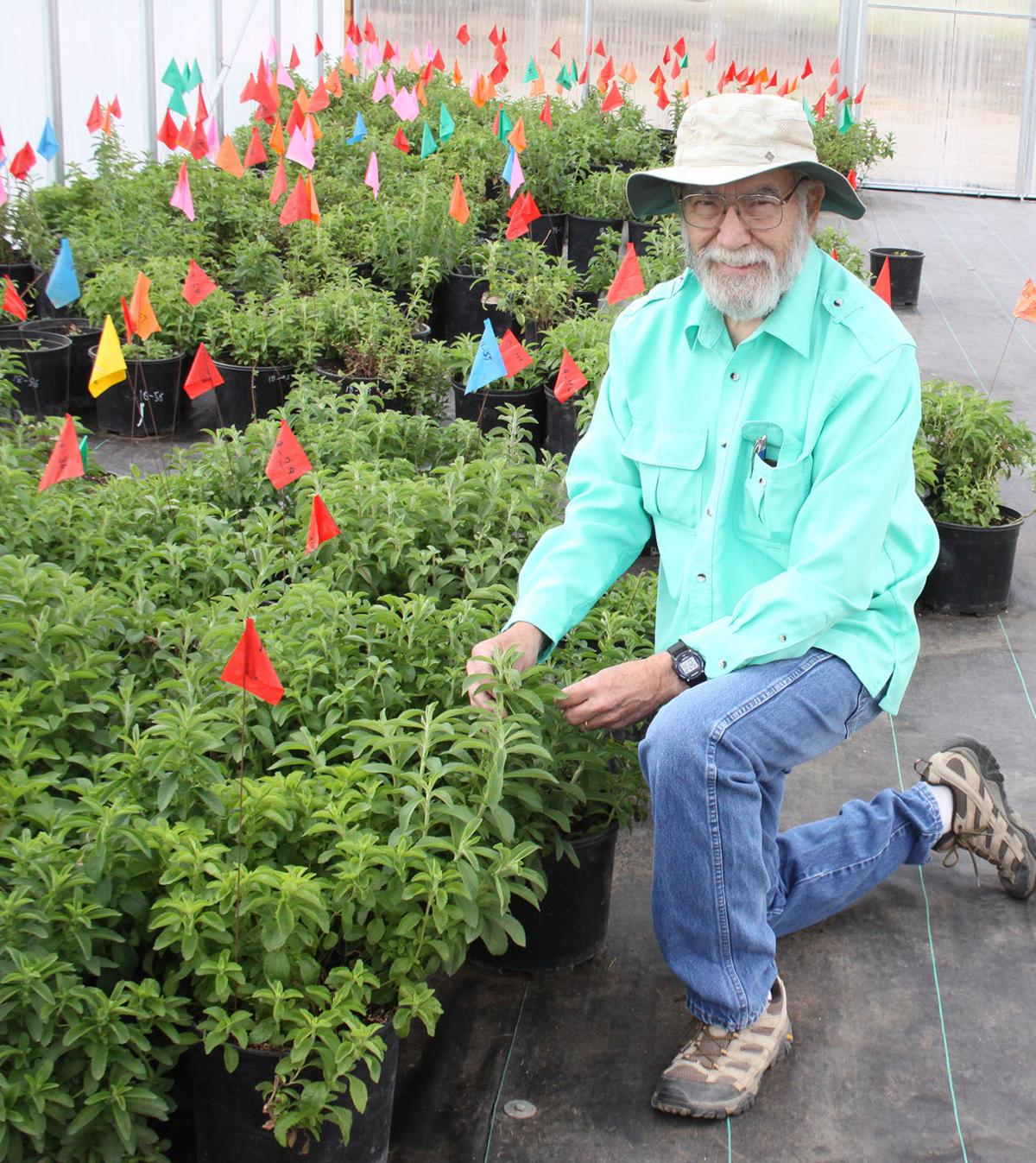 Clint Shock’s research has included a wide range of plants, from potatoes and onions to hemp. 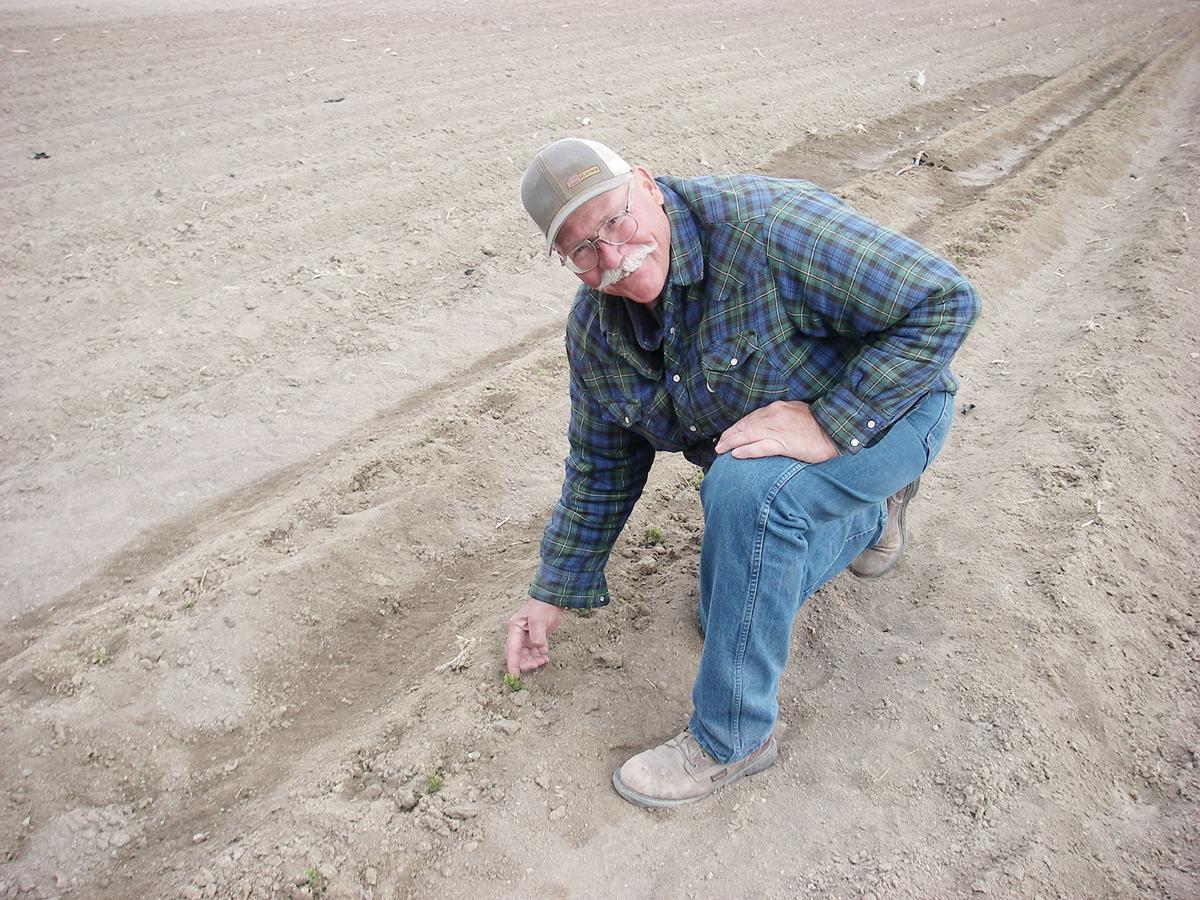 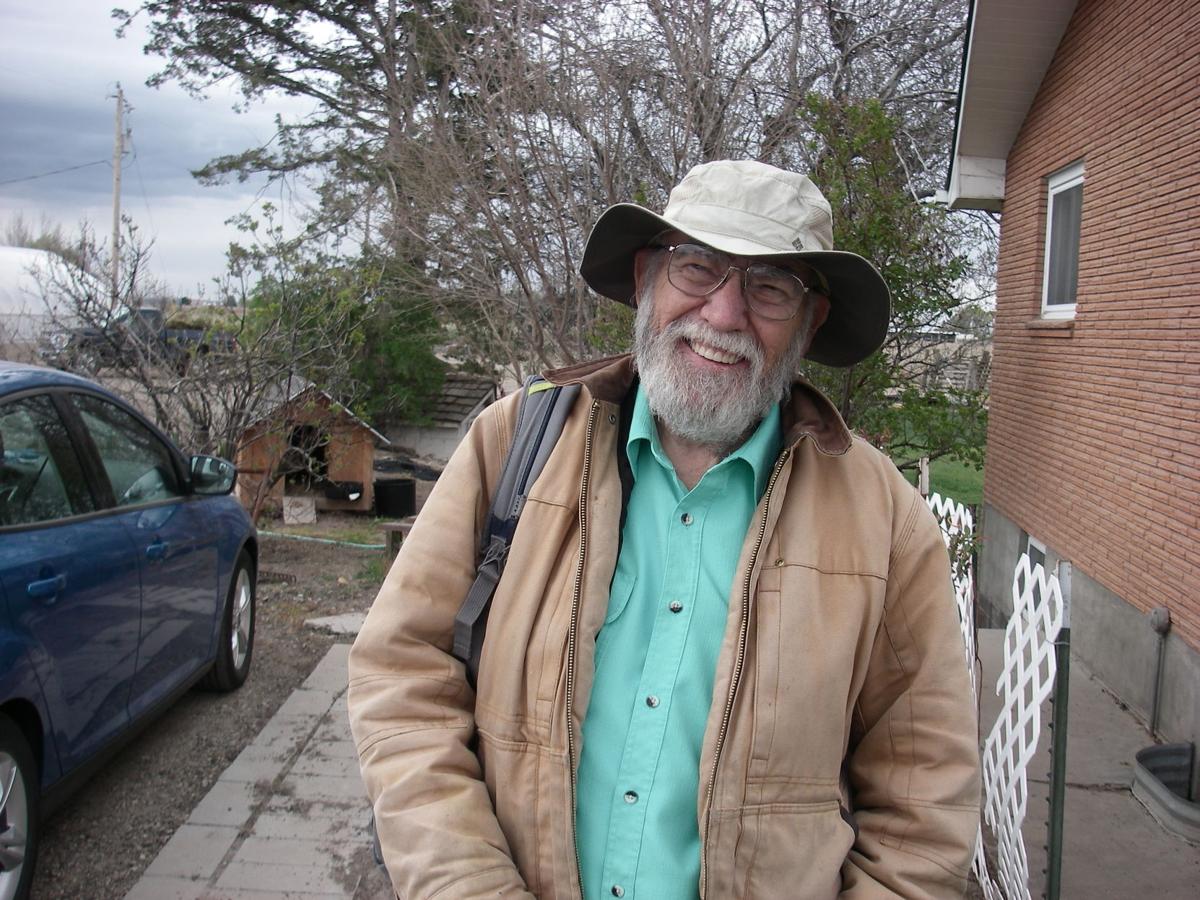 Clint Shock’s research has included a wide range of plants, from potatoes and onions to hemp.

When Clint Shock looks at farmland, he sees more than rich soil or abundant water.

He sees the promise of better things to come.

“Look how lucky we are,” Shock said. “There are all sorts of undeveloped resources, like plants with interesting properties, that haven’t been fully utilized for the benefit of mankind.”

As a researcher, his curiosity has taken him to far-off lands over the past half-century. He is constantly adding to his list of interests: from staples such as onions and potatoes to the potential of California Yerba Santa and desert parsley, which can be used in respiratory medicines.

Currently, hemp, which is mainly used for its therapeutic properties, has Shock’s attention. He’s been working on breeding an ideal variety for arid, irrigated southeastern Oregon.

The wide-ranging nature of his interests doesn’t bother him.

“It means I don’t have a sterling academic career in one narrow field,” Shock said. “The things I have accomplished are all over the place, depending on what was needed in the community I lived in.”

At 76, he is the retired director of the Oregon State University Malheur Experiment Station south of Ontario, where he remains an emeritus professor.

“A lot of people are in one niche or another,” he said. “My niche with plants is whether it is economically important and essential to solve in terms of human well-being or economic outcome.”

Stuart Reitz, who succeeded Shock as the OSU-Malheur director less than two years ago, said his predecessor “has always been extremely generous with his time and knowledge, not just with me but anyone needing assistance with just about anything. And he does have a deep knowledge about many things.”

While Shock’s research career zig-zagged over many topics “he has always been serving the needs of his local community and stakeholders,” Reitz said.

“The classic example would be the Food Safety Modernization Act and the effect the originally proposed rules would have had on irrigation practices for onions in the Treasure Valley,” Reitz said. “He understood the important questions and had the skills to design research to answer those questions.”

Shock said OSU researchers and industry participants studied whether microbial contamination of irrigation water posed a risk, and if so, how it could be quantified and mitigated.

They found — to the satisfaction of federal regulators — that bacteria levels sufficiently decline as irrigation water moves through soil, and that bacteria contacting onion bulbs quickly die in the region’s intense sunlight and heat after irrigation stops.

The result: Irrigation water wouldn’t need to be specially treated when used on onions, a mainstay of agriculture in southeastern Oregon and southwestern Idaho.

The findings aimed to “help growers to comply with FSMA standards and increase public confidence that current onion production practices do not pose a significant human-health risk,” Shock said.

He also collaborated on 1984-90 research into why some fried potato strips turned black, usually at the stem end.

“All of this is in cooperation with others,” Shock said. “You get something going and a lot of people help.”

“Every episode of my life that has been successful is because of a team of other people,” he said.

One of Shock’s major current projects aims to find hemp varieties that can produce “a totally mechanized crop,” he said. “We want to bring the cost of production way down.”

Southeastern Oregon growers stand to benefit from hemp plants that can grow until they are big enough to take advantage of the region’s July, August and September heat, and then dry naturally so they can be harvested directly from the field, Shock said.

The idea is to provide an alternative to many big, late-maturing genotypes grown near the Pacific Coast.

“I want things that are smaller and easier, and can be handled by machinery,” Shock said, adding that he expects to have seed available this year for planting in 2021.

At the Fletcher family’s Vale, Ore., hemp farm, which is not affiliated with Shock, Randy Fletcher said the 2019 harvest was successful. The farm will use similar methods this year and add several varieties.

Fletcher said the region’s arid climate, good soil and abundant water supply make it ideal. But some areas have higher soil pH, around 8 instead of the ideal neutral 6.5.

His son, Luke Fletcher, said mold problems were widespread with the 2019 hemp crop in Western Oregon. “We have not had to worry about that east of the Cascades.”

Shock and a partner in 2019 conducted a hemp-irrigation trial that found plants performed better when irrigated less. He’s seeking funding this year for more research that would expand the database and further study the amount of water needed.

Producers of marijuana in greenhouses tend to keep plants wet, he said.

“If you do that in the field, the plants can be attacked by a number of soil fungi,” Shock said. “It’s better to irrigate at a much drier criteria.”

Some southeastern Oregon hemp growers in 2019 bought sub-standard seed — a situation that figures to improve this year — and lacked a good production plan, he said. Some succeeded, but many lost money. The area remains short on ideal varieties.

Hemp is related to marijuana but contains much less of the psychoactive compound tetrahydrocannabinol, or THC.

“The same kind of professionalism needs to go into the production of hemp,” he said. He is plant physiologist, agronomist and principal in Scientific Ecological Services, a 14-year-old enterprise that does consulting and plant-breeding work, and the hemp-focused Medicinal Botanical Seed LLC, formed about 18 months ago.

‘Fell in love’ with ag

Shock grew up in Garden Grove, Calif., near an orange grove and avocado orchard.

“I fell in love with agriculture. As a kid, I loved plants,” he said.

Shock earned a bachelor’s degree in math at the University of California-Berkeley — taking many elective classes in horticulture, soils and economic development along the way. He earned a master’s degree in horticulture at UC-Davis, where he also earned a Ph.D. in plant physiology.

From 1968 to 1972, Shock and his wife, Candace, worked with the United Methodist Church in Brazil. They were expecting to focus on agricultural innovation but instead spent much of their time developing affordable financing for growers and helping them access lower-cost inputs and fairer prices.

After earning his master’s degree, Shock returned to South America for five years, working for a Brazil agricultural research institute and developing a Paraguay coffee farm.

He and Candace returned to the U.S. because one of their four children had a medical condition. After further graduate study, he spent two years at Louisiana State University’s New Iberia Experiment Station at Jeanerette.

Candace said Clint, known for his wide-brimmed, boonie-style hat, is “good-humored” and “extremely considerate.” He “has loved plants from day one and can grow anything under the sun.”

In 1984 they moved to OSU’s Malheur Experiment Station, where he worked on agricultural challenges ranging from weed control to field trials of various crops.

In addition to his work on hemp, Shock recently has been researching certain plants’ anti-inflammatory properties and abilities to fight viruses.

Shane Meacham, who is Shock’s farm foreman, said Shock is “absolutely the greatest guy I’ve ever worked for.”

He is respectful, understanding and “right there with you saying how he wants it done, when and why — and explaining all the little oddities with what we are growing,” Meacham said.

For the past 50 years, that’s exactly what he’s done.