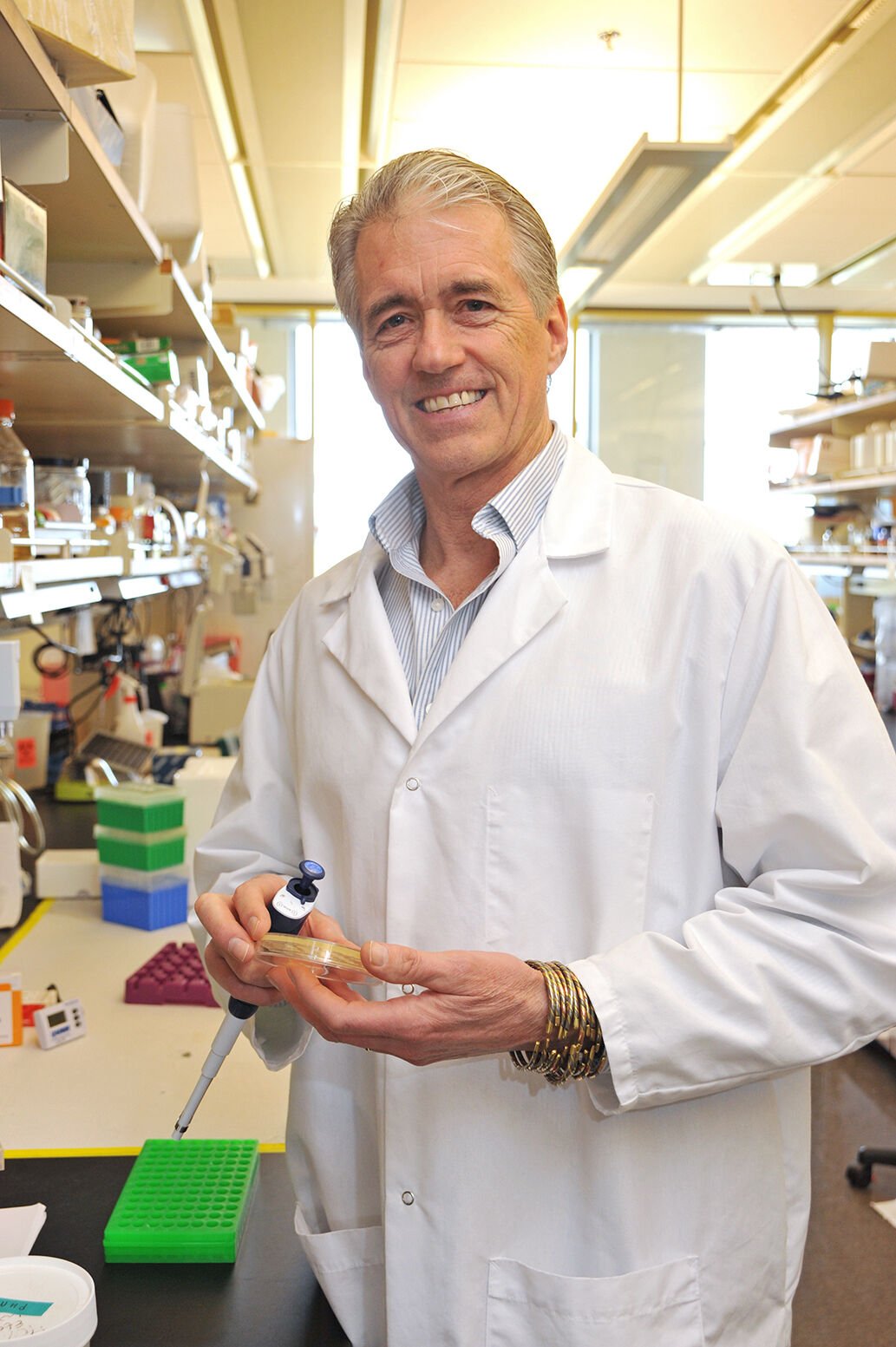 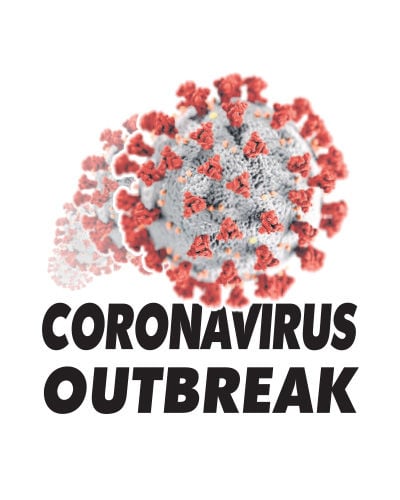 PULLMAN, Wash. — As a college student, Guy Palmer was fascinated by how infectious diseases work — how they emerge and spread.

His primary interest is in public health, but he wanted to understand diseases in different species and how they can spread to humans.

“Knowledge is power and understanding how disease is transmitted provides confidence that it can be prevented,” Palmer said. “Since I started working with rabies virus, which is 100% fatal, I learned early the importance of vaccination and proper procedures when handling infected tissues.”

As regents professor of pathology and infectious diseases in Washington State University’s Allen School for Global Animal Health, most of Palmer’s current work is on the human side, especially during the COVID-19 pandemic.

He’s most interested in the interface between animals, humans and the environment. He points to the Rabies Free Africa program, a campaign to eliminate human deaths due to rabies by 2030. Currently, about 30,000 people die of rabies each year on the continent. Consistent vaccination of the dog population is key, he said.

Palmer spoke with the Capital Press by phone April 15, with follow-up questions. The interview has been edited for length and clarity.

Capital Press: As an expert, what are your thoughts on COVID-19 and how does it compare to other infectious diseases?

Palmer: Well, certainly, every infectious disease is a little bit different. ... This one, we’ve had to be learning on the fly from, ‘Yes, it looks like something isolated to China, looks like it’s spreading,’ and now obviously it’s a very entrenched pandemic.

We really have to go back to 1918, what was called the Spanish Flu, to find a pandemic that really, truly hit all the world.

The other difference that makes this unique is the global economic impacts have been probably more pronounced than any prior pandemic, and that’s because we’re much more globally connected than we were 100 years ago. I think a year, 18 months ago, people would have said a pandemic, ‘Oh, it’s something that has to do with infectious diseases,’ and wouldn’t really relate it to their personal lives. Today, we realize it’s mental health, K-12 education, our small businesses, global supply chains.

CP: What kind of role have you and the Allen School played in the last year?

Palmer: We were able to take our (Washington Animal Disease Diagnostic Lab), they do high throughput testing there.

WADDL, specifically the human health testing component within WADDL ... conducted the PCR (COVID) tests, just over 77,000 samples as of (April 28).

An animal disease diagnostic lab has to be prepared for an outbreak that might affect hundreds of thousands of animals. They need to have a surge capacity, the ability to go from zero to 60 in no time at all. That’s what we were able to bring to the table with COVID 19 ... the ability to run a thousand samples a day, to bring it online pretty quickly.

When the first Pfizer vaccine rolled out, it had very strict requirements for ultra-cold freezing, between (-76 and -112 degrees Fahrenheit). That was off-putting to a lot of smaller clinics and hospitals that don’t really have that capacity. WSU has that capacity, and we were able to share that broadly, with Whitman and neighboring counties, to provide that large freezer capacity. It really allowed us to be very efficient at getting out the vaccines to help care partners to actually vaccinate people.

The vaccine storage and distribution is at another site on the WSU Pullman campus. We have not shared the exact location due to security requirements.

It’s a great thing about having a large research university in what is otherwise a primarily rural area of the country.

CP: What are the biggest questions we have about COVID-19 now?

Palmer: Can we vaccinate enough individuals and get this under control without variants that can get around or escape the immunity produced by the current vaccines?

The evidence is the vaccines are still working against all the variants. They may not work as well as they initially did, but they still certainly meet any reasonable threshold for ability to protect individuals.

CP: A recent “60 Minutes” report called for a more in-depth investigation of the origins of the disease in China. Your thoughts?

The really hard question to ask is was that virus perhaps already in a laboratory, did it escape from a laboratory? There’s two parts to that. One is, could the Chinese in this case or anyone else create a virus intentionally as a bioweapon? Just the ability to do that and know that it would spread is extraordinarily unlikely, maybe to the point of being impossible.

The other question is, could they have isolated the virus from a bat or another animal, had it in the laboratory and had it escape from the laboratory? That’s a very hard question to answer. The (World Health Organization) essentially ... ruled that out. That’s what’s actually been kind of the flashpoint, people saying, “How can you be sure?” They don’t have the evidence to be sure that could not have happened. That remains in some places more of a political question than an epidemiological question at the moment.

It’s possible they could dissect that, it depends on a lot of questions, which that task force didn’t ask, probably weren’t allowed to ask.

CP: We’re hearing about COVID concerns in rabbits and mink. What are the next steps?

Palmer: Yeah, there’s no question that the virus can spread to mink, rabbits and can infect cats. The concern is in certain parts of the world where mink are raised commercially, they’re kept in very confined quarters. A virus loves confined quarters, doesn’t matter if it’s people or animals. It certainly can spread from humans to mink. I think the concern was there was some evidence in the Netherlands that it also can spread back from mink to humans. There was concern that, could a mink farm or rabbit farm serve as a long-term reservoir for the virus?

Probably not impossible, there’s not a lot of evidence. What’s occurring now is human-to-human spread. While there are some concerns about that, and certainly it would make sense to do surveillance, which can easily be done, and obviously increasing the personal protection of people working with those animals is critical to avoid any spread. But right now there’s no strong evidence.

CP: Thoughts on how the agriculture and animal agriculture industries responded to COVID-19?

Palmer: Because it’s really not involved animals as a primary reservoir or vector for transmission, the direct impacts on spread to humans have been pretty minor.

I think one of the concerns is some of the animal processing, meat processing plants had some high degree of infection. That wasn’t really related to the animals themselves, it’s related to the people working in close proximity to one another.

I think it’s probably increased the attention needed to have better personal protective gear in meat processing. It’s not unique to anything in animal agriculture or agriculture in general. It’s a little bit some of the consequences of our production systems and, here in Washington, like the tree fruit harvests, where you have significant numbers of people, about half of which come from outside of the region, and they’re moving as the harvest occurs. It obviously creates an avenue for possible transmission. That’s been a challenge.

Palmer: We’re at an inflection point between three things: Increased transmission, which is in part due to the variants of the virus. Behavior, we’re now 14 months into this pandemic. People are tired, the weather is getting warmer, they’re dropping their guard. Those two things are contributing to increased spread. At the same time, we have the vaccine rollout. We have three things coming together all at once. I think there’s a lot of concern whether the vaccine rollout is going to be quick enough to really dampen that wave, versus not. It’s probably going to be a matter of weeks.

CP: Do you recommend people get the vaccine? What would you tell someone who’s reluctant?

Palmer: I absolutely recommend getting the vaccine. It’s the only way we are going to end the pandemic and return to life as normal, K-12 schools open, going on vacations, visiting grandparents, doing all the things that make life enjoyable.

Basically, there is an exceedingly low risk of complications from the J&J vaccine, roughly 1 per million. The guidance by the FDA and CDC will be to inform physicians regarding these complications, how to identify individuals most at risk, and the treatment approach. However, it is important to put this risk in context of actual COVID-19 infection: 1 in roughly 1,600 unvaccinated individuals will die and a much higher percentage of those who are hospitalized will die. We are also now learning that a significant percentage of individuals recovered from COVID, even those who were only mildly ill, have symptoms that last weeks to months. The risk (versus) reward of vaccination for yourself, your family, friends, and community is overwhelming in favor of vaccination.