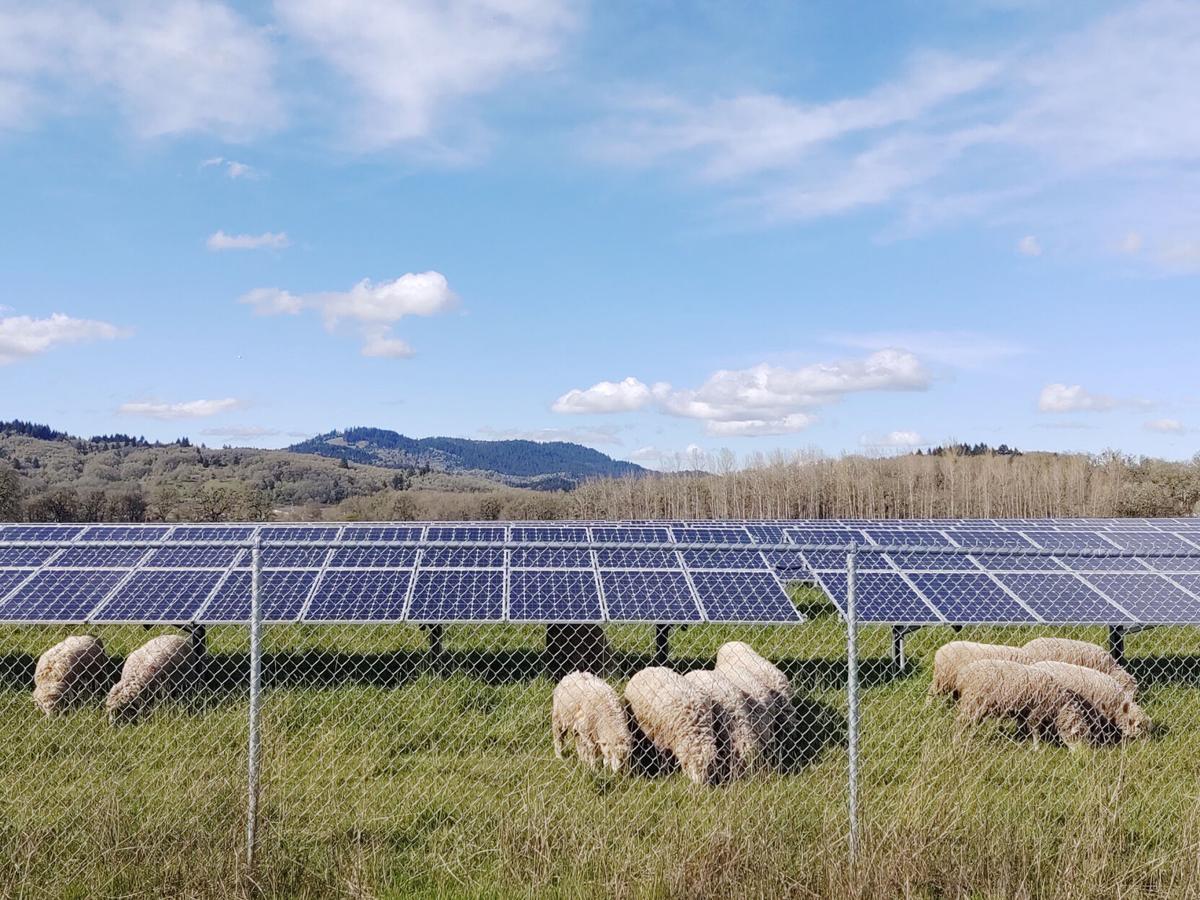 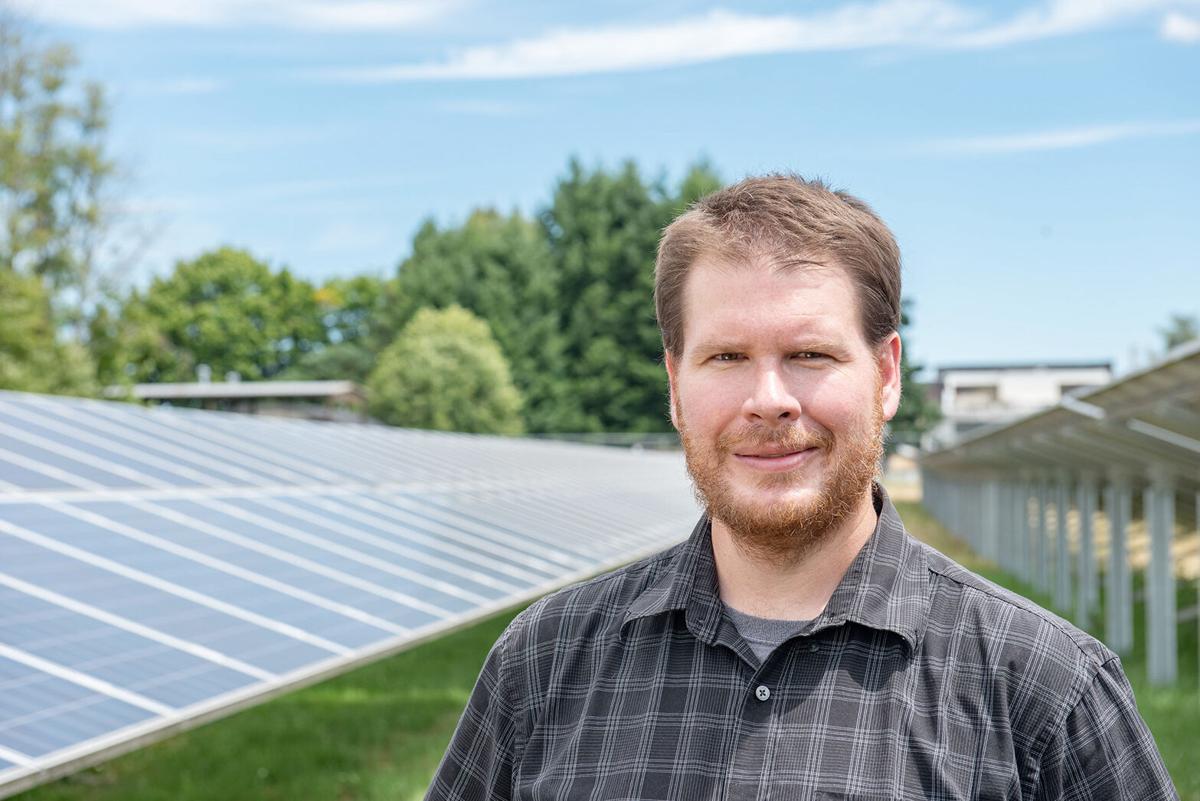 AURORA, Ore. — An Oregon State University researcher is zeroing in on plans to build what he describes as “the Disneyland of sustainable agriculture.”

Chad Higgins, an associate professor of biology and ecological engineering, envisions a research farm where growers can learn about co-developing land for both solar energy and crop production — a concept known as agrivoltaics.

Called the Staterra Center, the name is derived from the Latin words “statera,” meaning balance, and “terra,” meaning Earth.

After years of grant writing and financial uncertainty about the project, Higgins has partnered with the Oregon Clean Power Cooperative, a nonprofit dedicated to community solar projects, on a funding model to make the center a reality.

“I’m pretty bullish on the fact that we’ll be moving forward with construction in 2021,” Higgins said.

The news comes as Higgins and his team at the Nexus of Energy Water and Agriculture Laboratory recently published their latest study on agrivoltaics, which found that widespread installation of solar arrays on farms could provide 20% of total electricity generated nationwide.

According to the study, it would take a land base roughly the size of Maryland to reach that 20% benchmark — equaling about 1% of current U.S. farmland.

Agrivoltaic arrays would cost $1.12 trillion over a 35-year project lifespan. Researchers estimate it would take about 17 years to pay back the initial investment using money generated from sales of the electricity, and the arrays would eventually produce $35.7 billion in revenue at the end of 35 years.

The systems would also reduce carbon dioxide emissions by 330,000 tons, or the equivalent of taking 75,000 cars off the road, while creating more than 100,000 jobs in rural communities and minimally impacting crop yields.

The Staterra Center is where Higgins aims to put theory into practice, developing the farming practices necessary to make agrivoltaics work.

The farm will be on roughly 6 acres at OSU’s North Willamette Research and Extension Center in Aurora, 20 miles south of Portland. It will include six sub-arrays of solar panels, allowing researchers to experiment with different configurations and crops.

Three of the arrays will be elevated 9-12 feet off the ground, allowing orchard-style equipment to pass underneath, and three will be partially elevated on single-axis trackers, rotating panels to face the sun throughout the day.

“What we’re designing is a system where we can try different solar configurations, so we can see what works best for access to land,” Higgins said.

Managing sunlight is already promising benefits for farmers. A 2015 study led by Higgins analyzed the effect of solar panels placed in a sheep pasture near the main OSU campus. Using meteorological equipment and soil moisture sensors, the lab found that grass beneath the panels used water 300% more efficiently and grew 90% more forage.

The study caught the attention of Dan Orzech, general manager of the Oregon Clean Power Cooperative, which has built community solar projects for churches, local governments and other groups across the state.

Orzech said the co-op decided to partner with Higgins, providing funding to buy and install the solar arrays that will later be repaid by selling the electricity they generate.

“It’s kind of a unique confluence of different programs coming together in one project,” Orzech said.

The success of agrivoltaics could be a boon for solar energy, spurring greater investment and land availability for larger installations, Orzech said.

“What’s interesting to me is this perception that solar and agriculture are mutually exclusive,” he said. “Everyone just kind of assumes that was the case, until recently when (Higgins) and other researchers started demonstrating it makes a lot of sense to combine them.”

The solar farm is expected to produce 700-800 kilowatts of energy. OSU has already committed to buying some of the power, and Higgins is confident more subscribers will sign on.

“You get cheaper power than you normally would, and in doing so you’re getting green energy, which is a good thing for the environment,” Higgins said. “And you’re helping to support the research mission of OSU, which is trying to help growers and American family farmers make more money, and in the process meet our renewable energy targets.”

Higgins also hopes to show how electricity generated by solar arrays can be used to electrify other aspects of farming operations. For example, he said the power could go toward running electric tractors or replace burning natural gas in making nitrogen fertilizer.

“The plan is to slowly build out to have a fully sustainable, production-scale farm, and build the blueprints for that,” he said. “We’re not there yet, but we’re damn close.”

Direct seed workshop to be in person