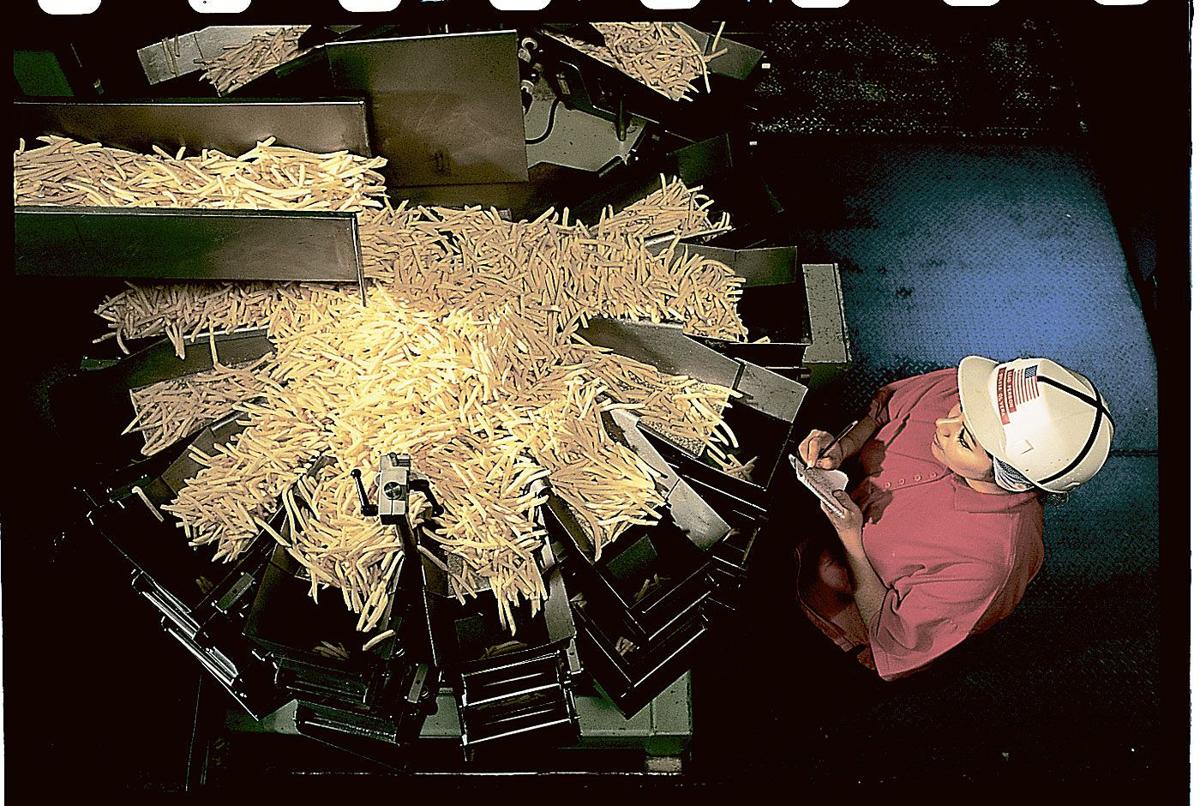 Submitted photo French fries are processed and evaluated at a J.R. Simplot plant in Idaho. Leaders within the potato industry have been concerned about comments pertaining to french fries voiced by members of the committee that will make recommendations for the 2015 Dietary Guidelines for Americans. 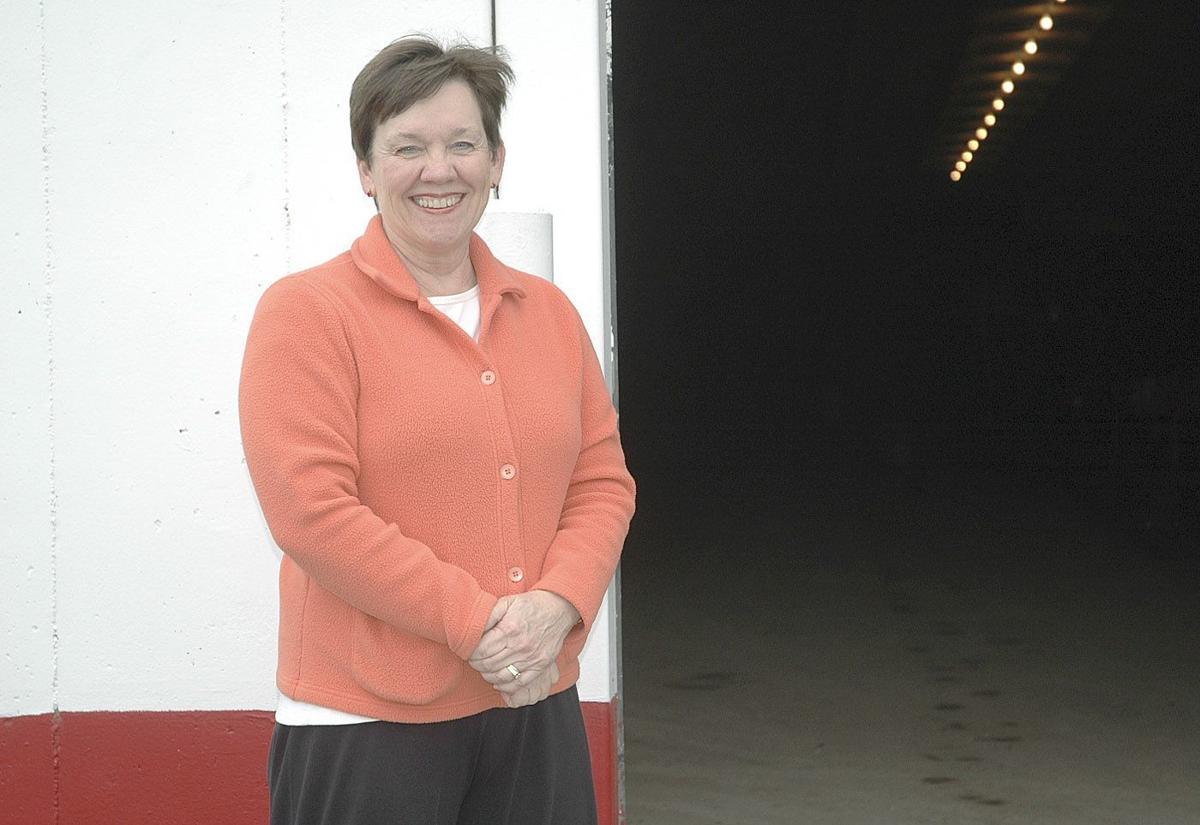 John O'Connell/Capital Press Maureen Storey, president and CEO of the Alliance for Potato Research and Education, stands by the entrance to a potato cellar during a tour of Wada Farms in Eastern Idaho, during which APRE gave nutrition experts a first-hand look at potato harvest. 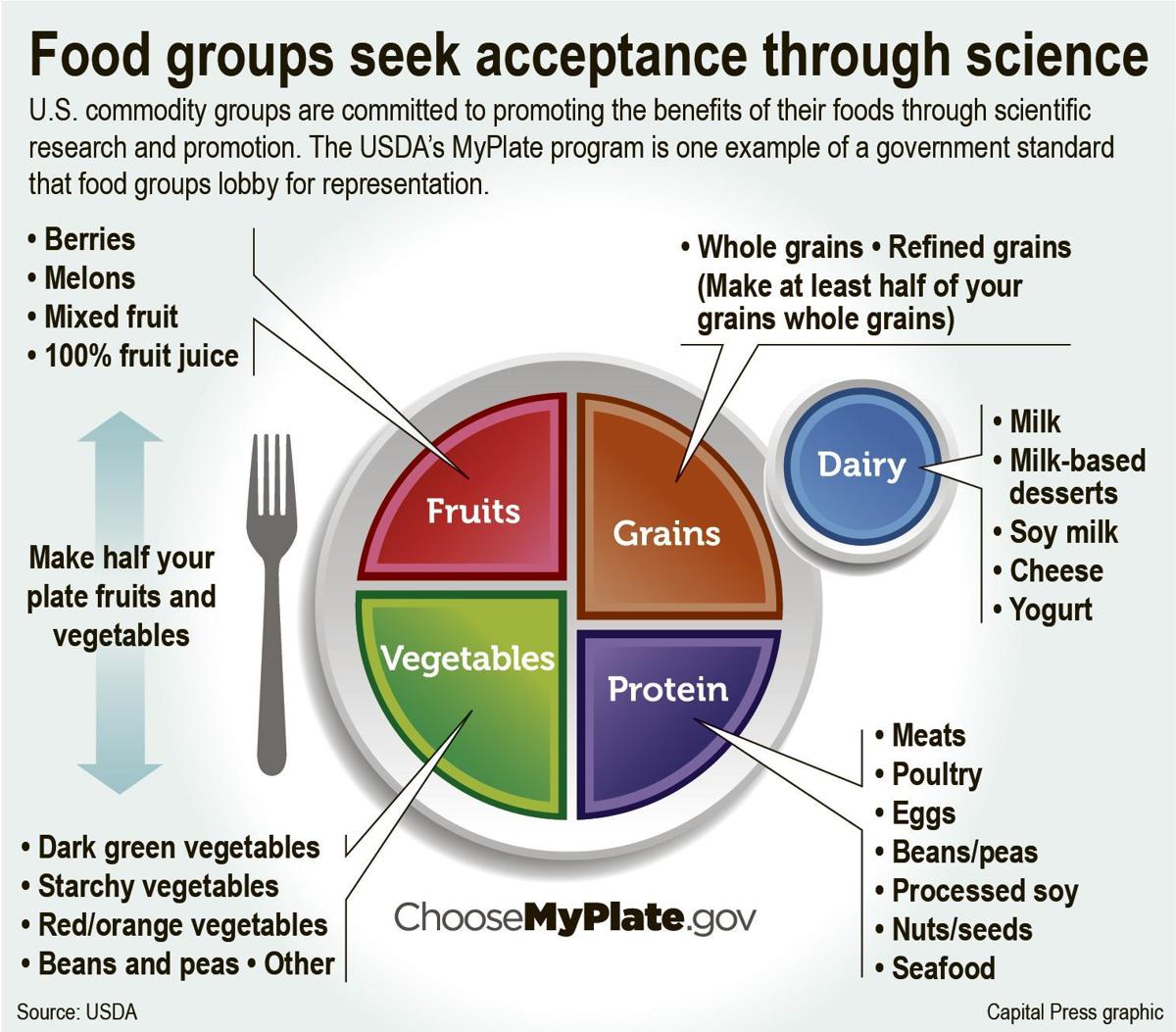 Submitted photo French fries are processed and evaluated at a J.R. Simplot plant in Idaho. Leaders within the potato industry have been concerned about comments pertaining to french fries voiced by members of the committee that will make recommendations for the 2015 Dietary Guidelines for Americans.

John O'Connell/Capital Press Maureen Storey, president and CEO of the Alliance for Potato Research and Education, stands by the entrance to a potato cellar during a tour of Wada Farms in Eastern Idaho, during which APRE gave nutrition experts a first-hand look at potato harvest.

U.S. commodity groups are increasingly turning to science as they try to obtain a place at the dinner table for the foods they grow.

Whether they represent potatoes, almonds, wheat or even sugar, they rely on scientific studies, often producing their own research, to convince a 14-member federal advisory council on nutrition to include their foods in the recommended diet for Americans.

The stakes are high. If the advisers give a commodity its stamp of approval, it could mean millions of dollars in additional sales to federal nutrition programs such as school lunches and through food stamps and nutrition vouchers.

The potato industry has paid especially close attention to the committee’s deliberations, concerned that members have repeatedly used the french fry as a poster child for junk food, and perhaps understated their crop’s nutrient value. Federal policy hasn’t always been favorable to spuds. For example, they’re the only vegetable excluded from the federal nutrition program for Women, Infants and Children.

“We’re not going to win the public perception battle that’s generally against potatoes without good, solid scientific research to back up our message and communicate points,” said Blair Richardson, U.S. Potato Board president and CEO and board chairman of the Alliance for Potato Research and Education.

Since 2010, APRE has led the charge to provide scientific evidence of the nutritional value potatoes have. It is funded by $2.5 million annually from growers and the major potato processors. Since 2012, just over $1 million of APRE’s budget has come from the Potato Board.

Preparing for the next update of the dietary guidelines, due out next year, is APRE’s top priority.

The guidelines are updated every five years, based on recommendations of an advisory committee of nationally recognized experts in human nutrition and chronic disease prevention. The 2015 Dietary Guidelines Advisory Committee’s report should be submitted to the secretaries of USDA and Health and Human Services by the end of this year.

The two agencies are expected to produce a final policy document by the end of 2015. According to a federal fact sheet, the dietary guidelines “form the basis of federal nutrition policy, education, outreach and food assistance programs used by consumers, industry, nutrition, educators and health professionals.”

USDA factors the guidelines into programs such as the Supplemental Nutrition Assistance Program — popularly called food stamps — WIC and the National School Lunch Program. They’re also utilized in nutrition facts labeling, USDA reports on food consumption and federal nutrition outreach programs such as MyPlate, which recommends the types of foods people should eat.

“Once you get into a path you’re not crazy about, it can take decades to reverse that, and lots and lots of research, and hoping that research comes out in a positive way,” Storey said. “You think about nuts, you weren’t supposed to eat nuts because they were little fat pellets. It took 20 years to reverse the recommendations on nuts.”

The potato industry represents the gold standard at such research. For example, APRE submitted a report detailing the potato industry’s steps to eliminate fats from processed products in response to a health question raised by the committee. APRE comments have also highlighted potato nutrition and analyzed dietary fiber and potassium levels in spuds. According to the 2010 guidelines, Americans need more of both.

But even as APRE continues submitting research for 2015, the organization has already started looking ahead to 2020, when the guidelines will be broadened to include the first nutrition recommendations for children under the age of 2.

APRE will host a round-table discussion this November with Baylor University, during which scientists, including Storey, will discuss vegetable intake among infants and toddlers. Each presenter will write a manuscript for publication and peer review, to be published by the journal Advances in Nutrition. Round-table participants will also suggest additional research topics to help APRE prepare for the 2020 guidelines.

During a recent USPB meeting, Storey played a short video featuring comments by members of the 2015 advisory committee, seeking to illustrate the challenge facing the potato industry.

Though she’s content with the 2010 guidelines, which advise adults to eat up to 8 cups of starchy vegetables per week, she’s uneasy about the direction for 2015.

Responding to the trend of decreasing vegetable consumption and increasing fruit consumption, committee member Miriam Nelson noted, “If it’s just french fries going down that’s probably a good thing, but if it’s green vegetables and other vegetables that would be a thing that would not be so good.”

Committee member Frank Hu listed french fries among a group of foods that contribute to obesity, diabetes and cardiovascular disease.

A doctor on the committee, Steven Clinton, suggested a link between french fries and colorectal cancer.

APRE is compiling data to refute the theory that fries are associated with cancer, as well as studies detailing how potatoes can benefit consumers.

APRE emphasizes fries are still high in fiber and potassium and fit into a balanced diet, in moderation.

In 2010, Washington State Potato Commission Executive director Chris Voigt lost weight and lowered his cholesterol levels on an all-potato diet, which included fries, while protesting the exclusion of fresh spuds from the WIC program.

“In the comments from (dietary guidelines) committee members, there seems to be a bias against potatoes. That is a concern,” Voigt said.

Rob Davis, a Connell, Wash., grower who serves on the APRE board, noted the dietary guidelines will affect school lunches and the dietary habits of young children.

“When you’re looking at who you’re consumers are going to be 20-30 years down the road, you need to be concerned about what those guidelines are now,” Davis said.

Keith Ayoob, a dietitian specializing in pediatrics at Albert Einstein College in New York, was among the nutrition experts who participated in a recent APRE tour of Eastern Idaho’s potato harvest.

“I hope (the guidelines) are not driven by consumer pressure,” Ayoob said. “The people I work with have to be able to afford to eat well. Potatoes should be a part of that.”

Wheat Foods Council President Judi Adams said her organization is a member of the Grain Chain, which includes 10 grain-related organizations that cooperate to prepare comments for the dietary guidelines advisory committee.

As a dietitian, Adams prepares many of the comments, but she laments that her organization doesn’t have the budget to conduct its own research.

“Wheat does not have a national check-off, as does beef, dairy, pork, soy, et cetera,” she said.

She’d like the guidelines committee to open its meetings to the public, rather than simply providing a webcast.

The Almond Board of California provided a research summary for the 2015 guidelines committee regarding how almonds help with weight management, diabetes prevention and heart health. The board also submitted a summary about its sustainability efforts.

The board has funded nutrition research since the late 1990s, said its regional director, Molly Spence.

“We’ve seen a marked improvement in consumers’ perception of almonds as a nutritious food that is part of a healthy lifestyle,” Spence said.

The National Dairy Council supplies scientific information to the guidelines committee. At the state level, the Idaho Dairy Council uses the guidelines as the basis for nutrition education resources, available at no cost for teachers from preschool through high school. Crystal Wilson, a registered dietitian with the council, said her organization invests about $36,000 per year in the curriculum and $40,000-$50,000 per year in producing educational materials relating to the guidelines.

The Sugar Association, the sugar industry’s research arm founded in 1943, also submitted comments to the committee emphasizing foods with added sugars are no more likely to contribute to weight gain than any other sources of calories. The association’s president and CEO, Andrew Briscoe, advised reducing overall caloric intake rather than strict limitations on sugar intake, as were included in 2010.

Briscoe argued there’s no scientific reason for the report to single out “added sugar,” and he pointed out that sugar adds flavor to foods and is essential as a preservative.

“Sugar makes many healthful foods palatable, which the science confirms is a positive factor in the intake levels of many essential micronutrients,” Briscoe wrote in his comments to the committee.