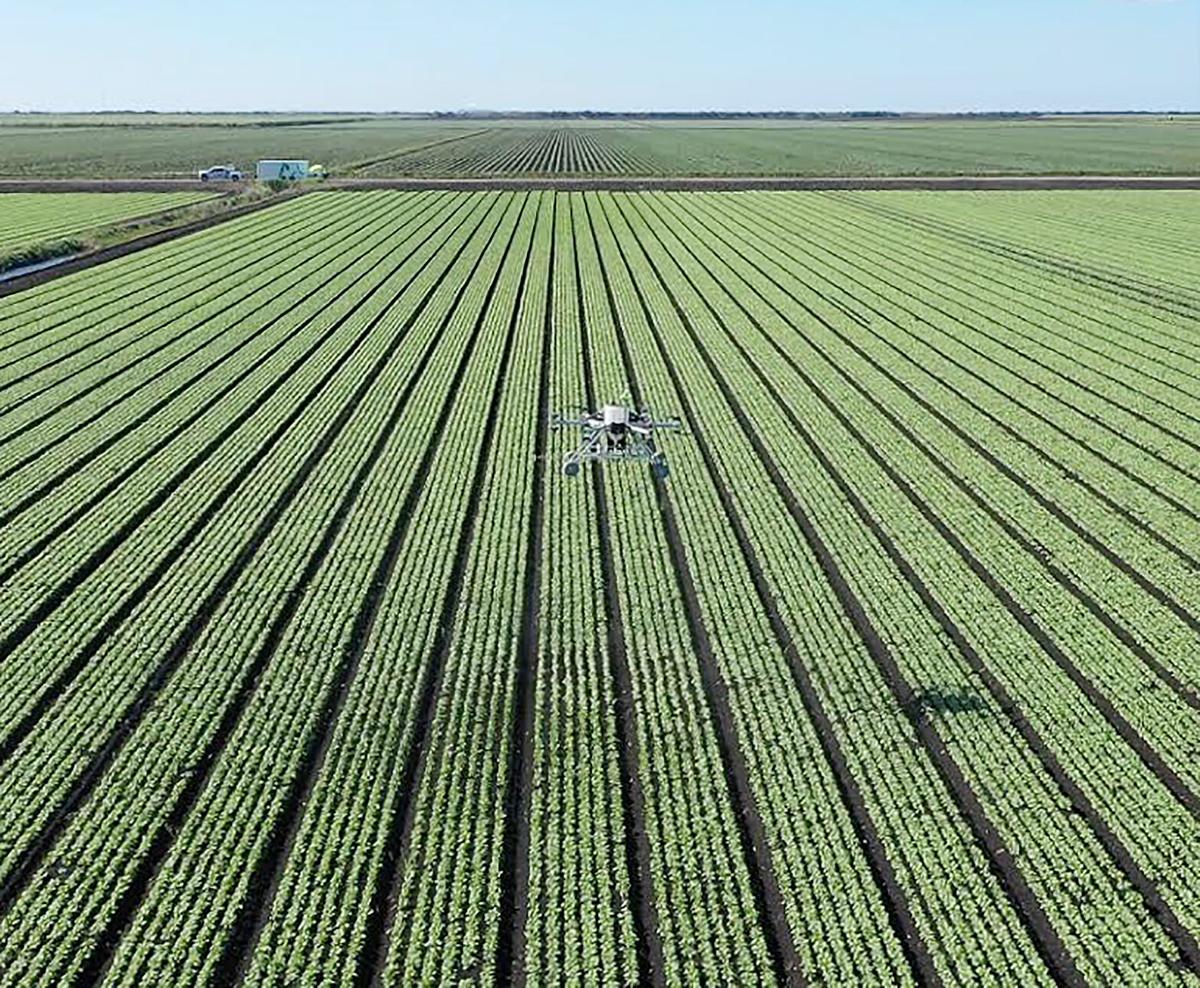 A Guardian Agriculture eVTOL device flies over a field. 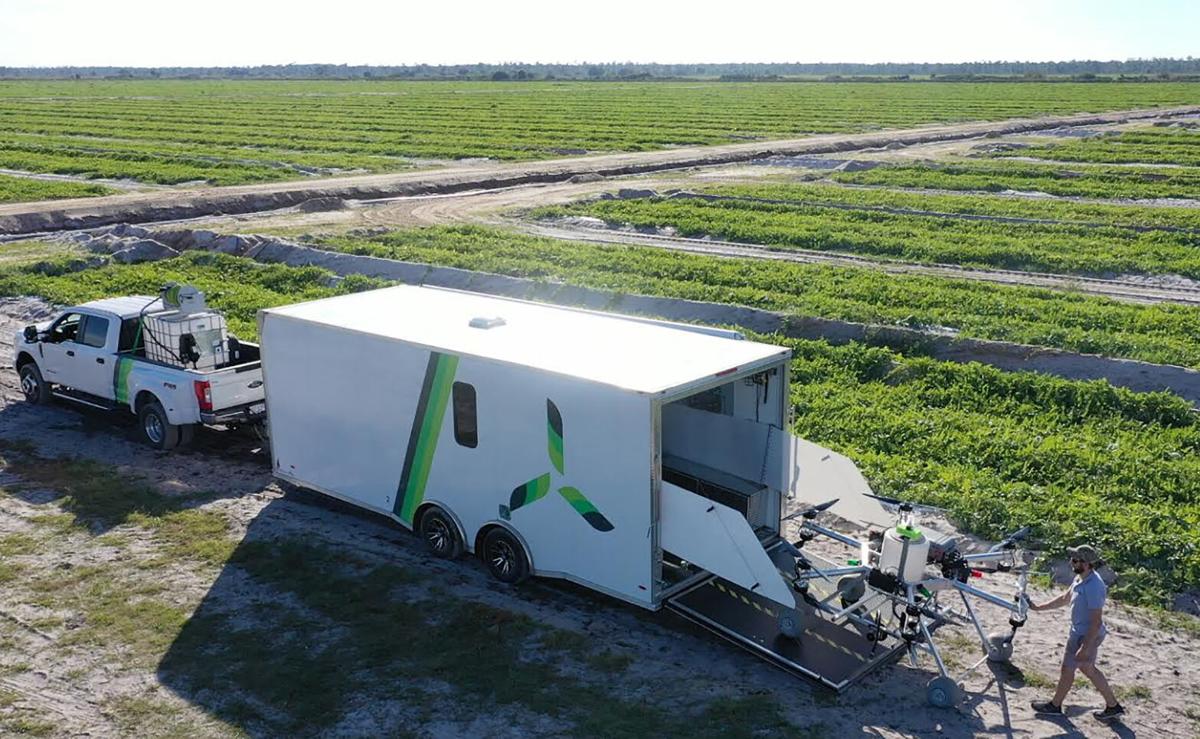 An eVTOL device is removed from a Guardian Agriculture vehicle. 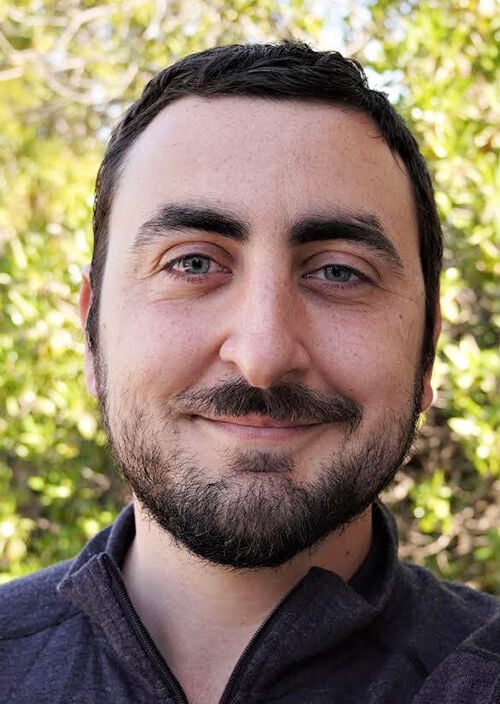 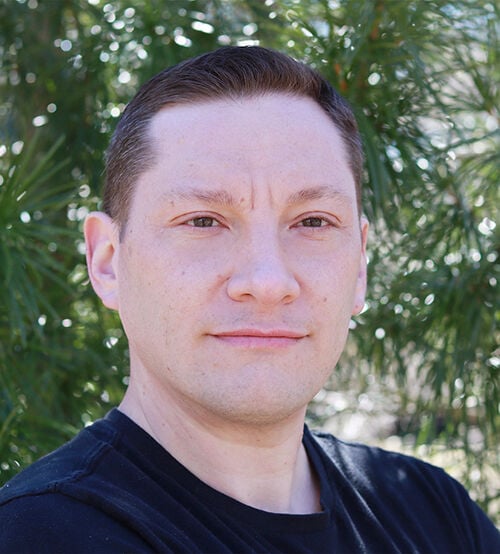 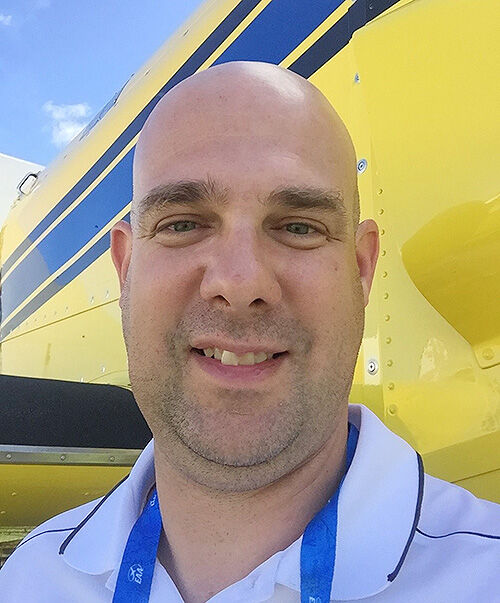 A Guardian Agriculture eVTOL device flies over a field.

An eVTOL device is removed from a Guardian Agriculture vehicle.

Guardian Agriculture came out of stealth last week, raising $10.5 million in a seed round. Ag giants, including Bayer, Wilbur-Ellis and FMC Corp., backed the startup. The company already has $20 million worth of preorders from growers in California and Florida.

Critics say the unmanned devices haven't been sufficiently tested, aren't properly regulated, are inefficient and may crash into low-flying planes or helicopters.

"The service we're marketing is an existing line item for growers," said Adam Bercu, CEO and co-founder of Guardian Agriculture. "We can offer a vastly upgraded version."

Most aerial applications of pesticides are done by manned aircraft. In contrast, Guardian Agriculture's "drone" is an autonomous vehicle called an eVTOL: electric vertical takeoff and landing.

"You can call what we're building a drone, but you can also call it a serious piece of equipment," said Bercu. "It's about the size of a pickup truck in the air — not a little drone carried in a briefcase."

The eVTOL travels about 10 feet above the canopy at 20 to 30 mph along a preprogrammed route. It can spray up to 40 acres per hour and carry up to 200 pounds of wet or dry product at a time. It requires no live internet connection, is precise within a few centimeters and collects data farmers can use to make growing and spraying decisions.

But Guardian Agriculture does not plan to sell or lease the drones. Instead, its employees will run the equipment — "a turnkey service for farmers."

Pricing will vary, according to Guardian Agriculture, but will be competitive.

But the company has critics.

"We have concerns about the safety of it," he said.

Bretthauer said he's concerned that because of their physical design, drones won't be able to deposit the volumes or droplet sizes EPA labels require for drift control.

Sparks of Guardian Agriculture responded that critics "are rightfully concerned" because small drones are unreliable. But Guardian Ag's eVTOL craft, he said, is an "entirely different class," larger and built to provide known droplet patterns.

Bercu, the CEO, said the company is working with the FAA to build a regulatory framework for this "whole new type of machine."

Bretthauer of NAAA said he's also concerned that chemical loading of drones on-site could lead to environmental contamination, and added that he's worried about drones colliding with aircraft.

Sparks responded that the eVTOL is "a hovering ground rig, not a high-flying machine."

Sparks and Bercu say they believe their business could provide ag pilots with a safer occupational opportunity.

According to the U.S. National Transportation Safety Board, in 2018, there were 52 accidents and eight fatalities in the U.S. involving aerial applicators.

Bercu and Sparks said some pilots are already interested in partnering with them, and others may stop flying to finish their careers on the ground with Guardian Agriculture.

"If they want to hang up their pilot headphones and work with us, they can," said Bercu.

"It's a really interesting space, and it seems like it's heating up," said Frederick.