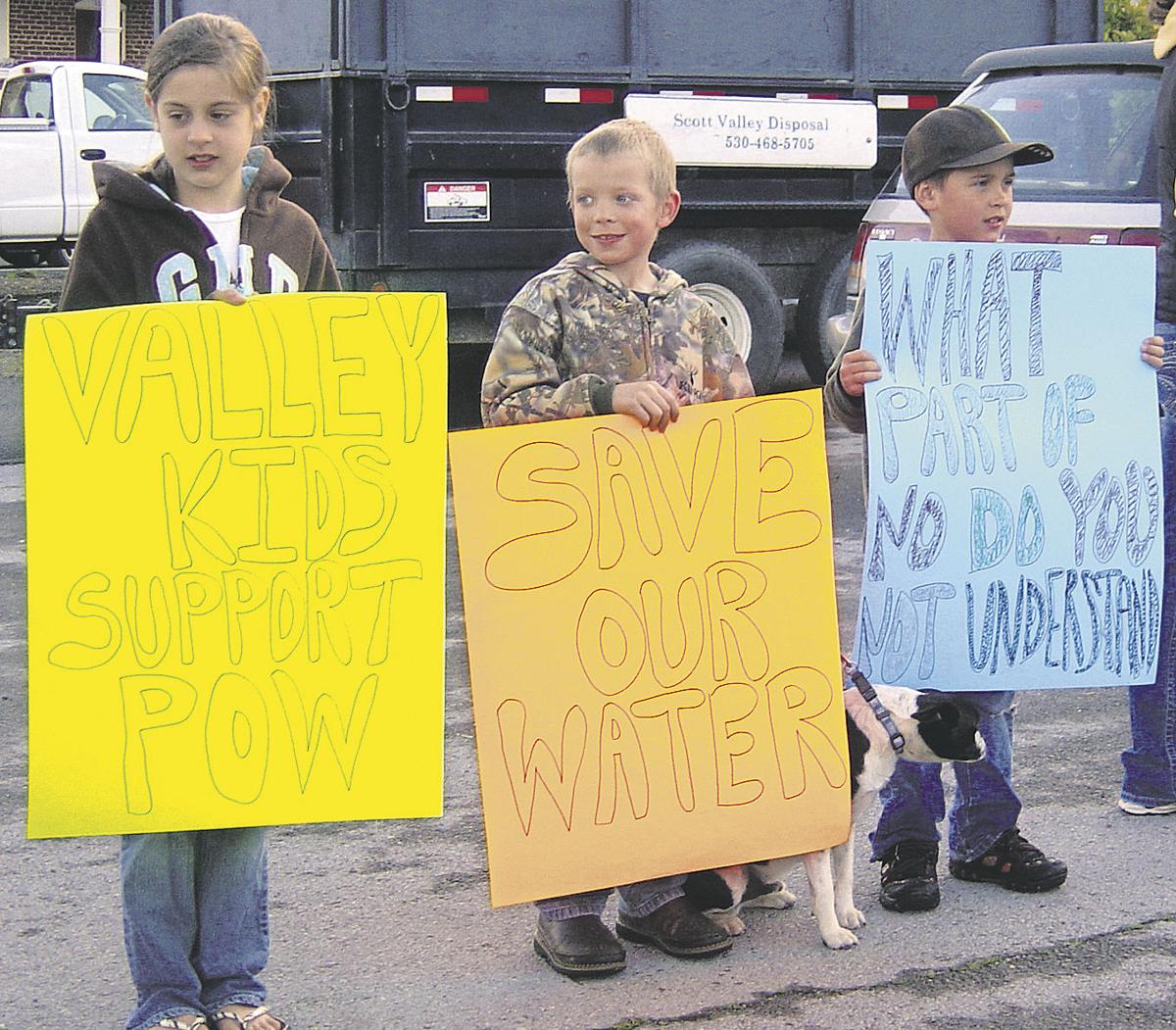 FORT JONES, Calif. -- For Mike Duguay and for many of his neighbors, it's all getting overwhelming.

Potential new sediment restrictions on the Scott River. Special permits for irrigation. The devastation of the timber industry because of endangered species.

"It's a gradually tightening noose of regulations," said Duguay, a forester from Etna who works for small timberland owners. "The regulatory burden on small landowners is going to drive them out of business, and it's not just one agency. Regulations fall heaviest on the smallest."

Duguay was one of about 60 far Northern California property owners who staged a protest April 21 before a state water board meeting to discuss sediment and temperature levels in the river.

Residents waved American flags and signs reading "Don't sign away your rights," "Fishing kills fish" and "Save our water." Most said they were directly impacted by various agencies' efforts to save threatened coho salmon in the Klamath River and its vast tributaries.

"Landowners here are concerned about the constant encroachment on our water rights," said organizer Liz Bowen, whose family ranches on 100 acres in Callahan, Calif.

"I am a landowner in fear of the loss of my way of life and that of my children," said Jerry Crow, a rancher west of Greenview, Calif. He said he suspects one of the government's motives is to raise revenue through fees and fines.

"The government is in a desperate struggle for economic survival, and they're looking for any citizen with money to exploit," Crow said.

"We're just getting disgusted," Menke said. "Somebody is out to destroy private property and land ownership."

The protest was a fresh sign of escalated tensions in Siskiyou County over various water battles. Three armed California Highway Patrol officers kept watch over the April 21 water meeting, though there was no trouble.

"We're Americans," he said. "We have a right to use all of our resources. They're ours. Our forefathers died for it."

Wag-riculture: For the love of farm dogs