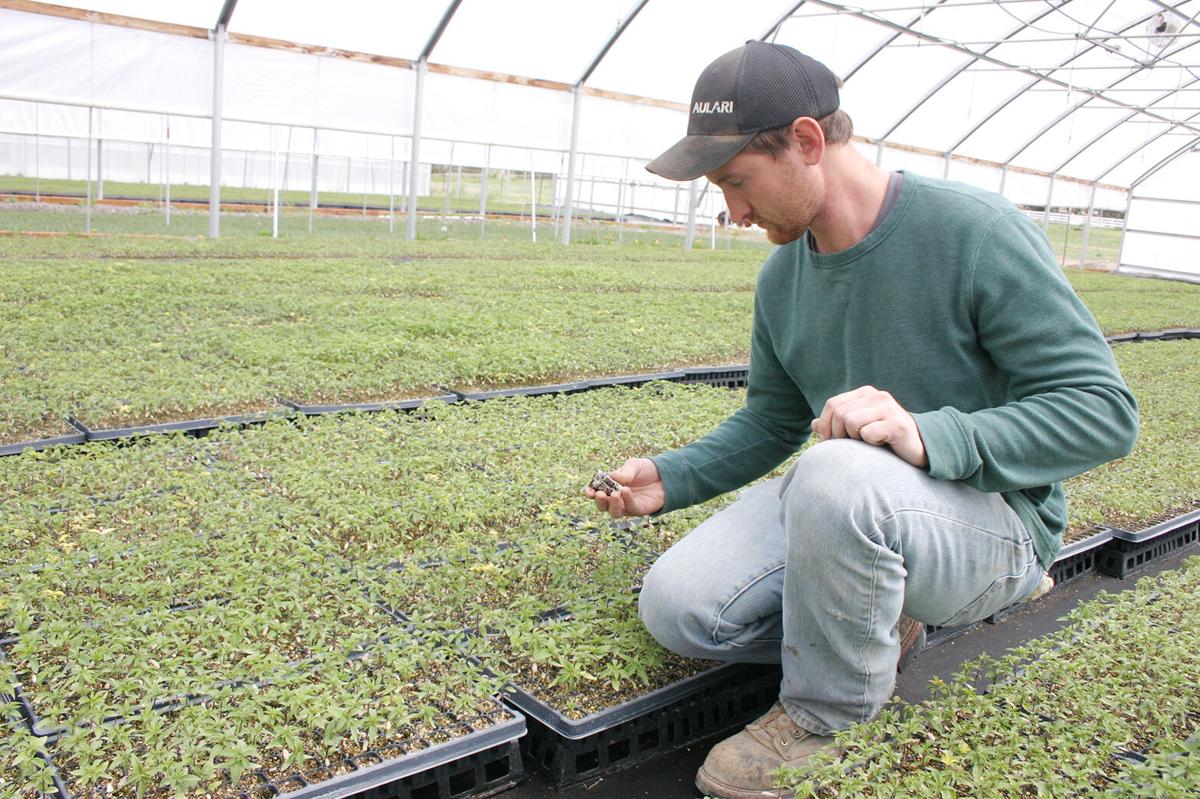 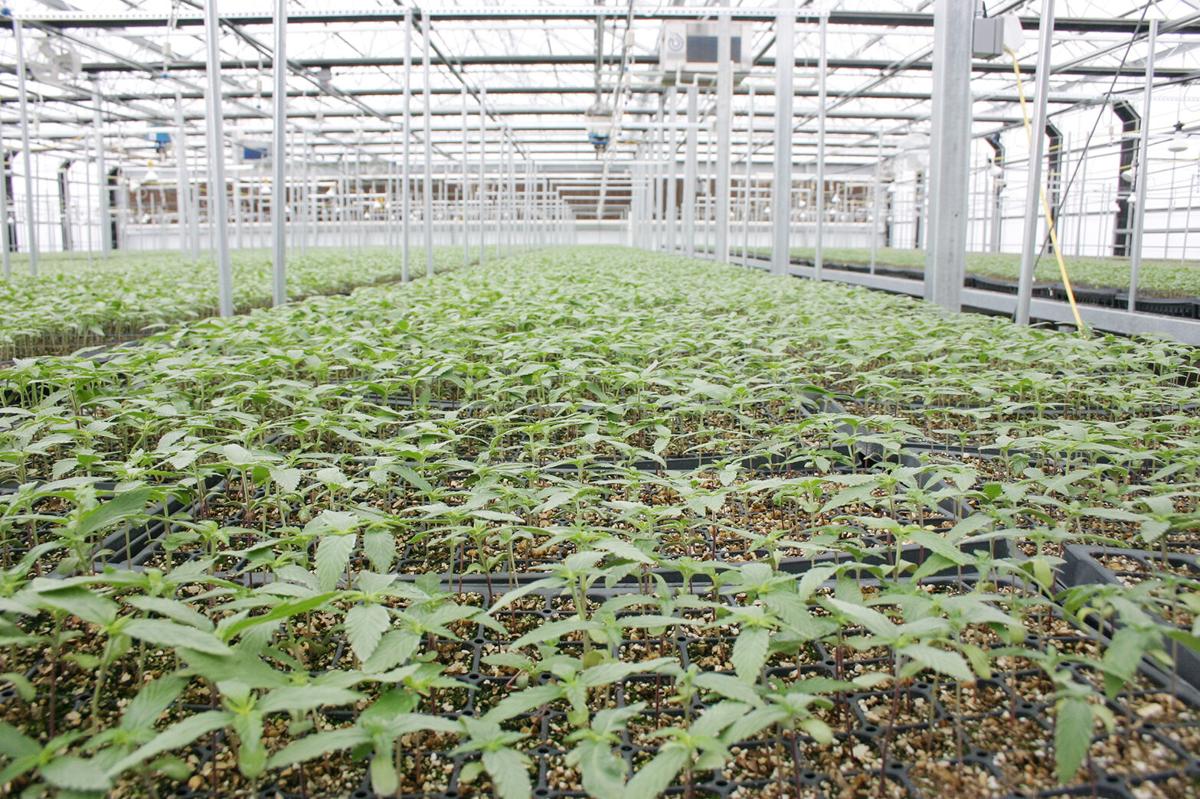 Thousands of tiny hemp plants are ready for planting at Lazarus Naturals' 80-acre farm in Powell Butte, Ore. The company grows hemp for CBD extraction to make into a variety of products, including tinctures, topical formulations, edibles and pet food. 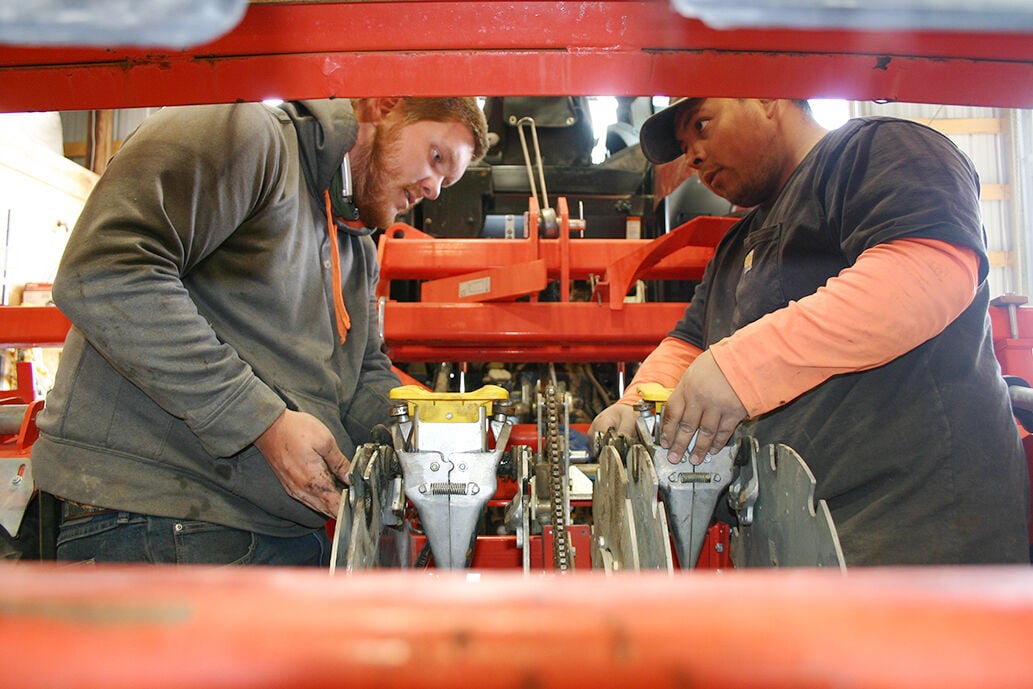 Thousands of tiny hemp plants are ready for planting at Lazarus Naturals' 80-acre farm in Powell Butte, Ore. The company grows hemp for CBD extraction to make into a variety of products, including tinctures, topical formulations, edibles and pet food.

During the next five weeks, workers at the farm will transplant thousands of tiny hemp plants from the greenhouse to the field where they will grow from a few inches to 4-6 feet tall.

Cannabidiol, or CBD, will be extracted from the hemp on site and will be used to make wellness products including tinctures, balms and lotions.

Lazarus Naturals bought the property, a former cattle ranch, in 2018 before the passage of the Farm Bill that legalized hemp as an agricultural commodity. By 2022, the farm will complete its three-year transition to be certified organic.

Organic farming is one element of the company’s recent certification as a B Corporation, dedicated to social welfare and public transparency as part of its business model.

“Even though we are in the unregulated CBD industry, we continue to set a new standard for conscientious and ethical business practices and use business as a force for good,” said Sequoia Price-Lazarus, founder and CEO of Lazarus Naturals.

Founded in 2014, Lazarus Naturals’ corporate headquarters are in Seattle, and the company manufactures its products in Portland. In an effort to become vertically integrated, the company started its own farming operation in an isolated area of Central Oregon, growing the hemp it needs to produce CBD oil.

Rhonda Ahern, manager of farm administration, said the early days were marked by trial and error. The first crop was entirely hand-harvested and hang-dried from the rafters of an old horse arena several miles away.

“It was definitely a startup environment to begin with,” Ahern said. “We did basically everything by hand.”

Today, the company grows a total of 350 acres of hemp — including leased farmland — and cultivation is done by machine. Once harvested, the hemp is sent to the farm’s on-site CBD extraction facility. The oil is then delivered to Portland, where it goes into Lazarus Naturals’ lines of topical formulations, edibles and pet food.

“I think every person here is so passionate about what they do,” Ahern said.

Heading into their fourth year, Zack Troyer, farm manager and agronomist, said they are constantly experimenting with ways to increase yield, quality and efficiency.

Growing up on a conventional potato farm in Pennsylvania, Troyer said he became sick of dealing with potentially harmful pesticides. Organic farming is something he feels strongly about, from both a health and sustainability perspective.

”One of the worst parts is having employees, your land, the water resources and all of that exposed,” Troyer said.

Organic farming is not new to hemp. Oregon Tilth, a nonprofit based in Corvallis that certifies organic farms in 49 states, has certified 143 hemp farms, including 77 in Oregon.

Instead of using traditional herbicides, Troyer said the farm uses plastic mulch to control weeds. Instead of chemical fertilizers, the farm uses a combination of chicken and steer manure, along with growing cover crops such as hairy vetch, oats and triticale.

Eventually, the farm plans to recycle spent hemp biomass after CBD extraction to apply back in the field.

”The hope is that soon here, we’ll be able to reuse that biomass to recycle most of our nutrients,” Troyer said. “It’s going to be a little bit of a closed loop.”

By using sub-surface drip irrigation and soil moisture sensors, Troyer said they can avoid wasting water, especially in a year like this when the Upper Deschutes Basin is experiencing severe to extreme drought.

Despite the worsening drought, Troyer said he expects a decent growing season and harvest come fall.

“I think we should be OK,” he said. “All of our (plant) starts look really good and healthy ... We were fortunate to get enough water allocated this year, too, for all of our properties.”

Lazarus Naturals announced its B Corp. status on April 12. The rigorous assessment to obtain certification not only takes into account the company’s record on environmental stewardship, but also governance, employee welfare and community service.

Troyer said the farm did not have to change any of its practices to qualify as a B Corp. Becoming certified organic will only help build transparency and consumer confidence, he said.

”It’s financially better for us if we do that, and it’s also the right thing to do for the environment, for our people and for the bottom line,” he said.