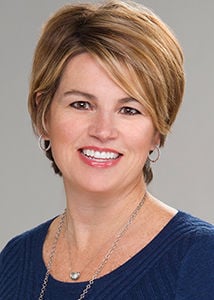 The same company that grows the potatoes owns the brand — uncommon among salty snack lines.

According to SpudLove’s statement, the chips are 100% “USDA-certified organic, Non-GMO Project Verified and certified gluten-free.”

The company’s leaders say they built the brand to appeal to millennials: with a clear farm source and health-conscious focus.

SpudLove’s CEO, Sheila Stanziale, said the chips are cooked slowly in small batches using less oil than average chips and are sliced extra-thick so they’ll come out crunchy and “potato-y.”

The snack company announced its chip line this June along with a commitment to donate potatoes to Farmers Ending Hunger every month.

Farmers Ending Hunger is an Oregon nonprofit, started in Hermiston, that collects donations of farm products like fresh produce for the Oregon Food Bank, which then distributes the food across the state.

John Burt, executive director of Farmers Ending Hunger, said Threemile Canyon Farms is now donating about 800 pounds of potatoes each week — enough to give 160 families each a five-pound bag.

Burt said Threemile Canyon Farms has been a donor since 2008, when the farm starting donating dairy cows to be processed into hamburger.

The 93,000-acre farm operates three conventional dairies and an organic dairy. It has set aside 23,000 acres as conservation area and 29,000 acres as range land and open spaces, according to its website. The farm grows organic potatoes, blueberries, carrots, sweet corn, sweet peas, alfalfa and pasture, field corn and onions.

Burt said SpudLove’s CEO, Stanziale, knew she wanted SpudLove to “give back” in some way, so when Marty Myers, Threemile Canyon Farms’ general manager, told her about Farmers Ending Hunger and introduced her to Burt, she seemed eager to donate.

“Bless their hearts. It’s a good project,” said Burt. “I hope it grows, and as it grows, they can perhaps donate even more.”

The “SpudLove idea,” Stanziale said, was spawned by Myers of Threemile Canyon Farms and the snack company’s business team.

In fall 2019, when an opportunity came to start SpudLove, R.D. Offcutt bought the brand so it could act as both potato chip maker and marketer.

Although Threemile Canyon Farms produces the most potatoes by volume for the brand, SpudLove will work with two other organic potato farms in case bad weather or other unforeseen circumstances disrupt supply from Threemile Canyon Farms. Stanziale declined to disclose the name or location of the other two farms.

SpudLove is available for sale at Whole Foods stores in the Pacific Northwest and online through Amazon. The chips, Stanziale said, will also be available soon at Market of Choice, Huckleberry’s and other markets.

“I think our tagline, ‘We dig potatoes,’ kind of says it all,” said Stanziale.