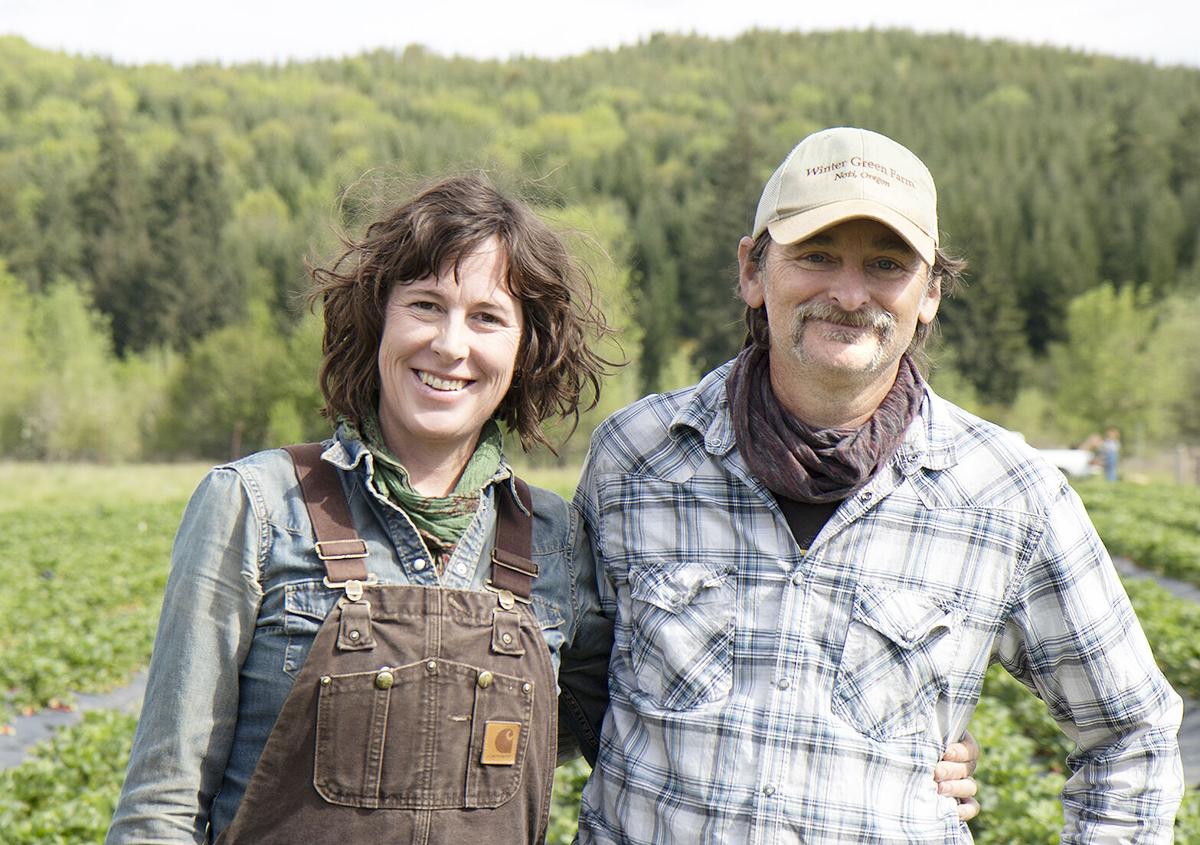 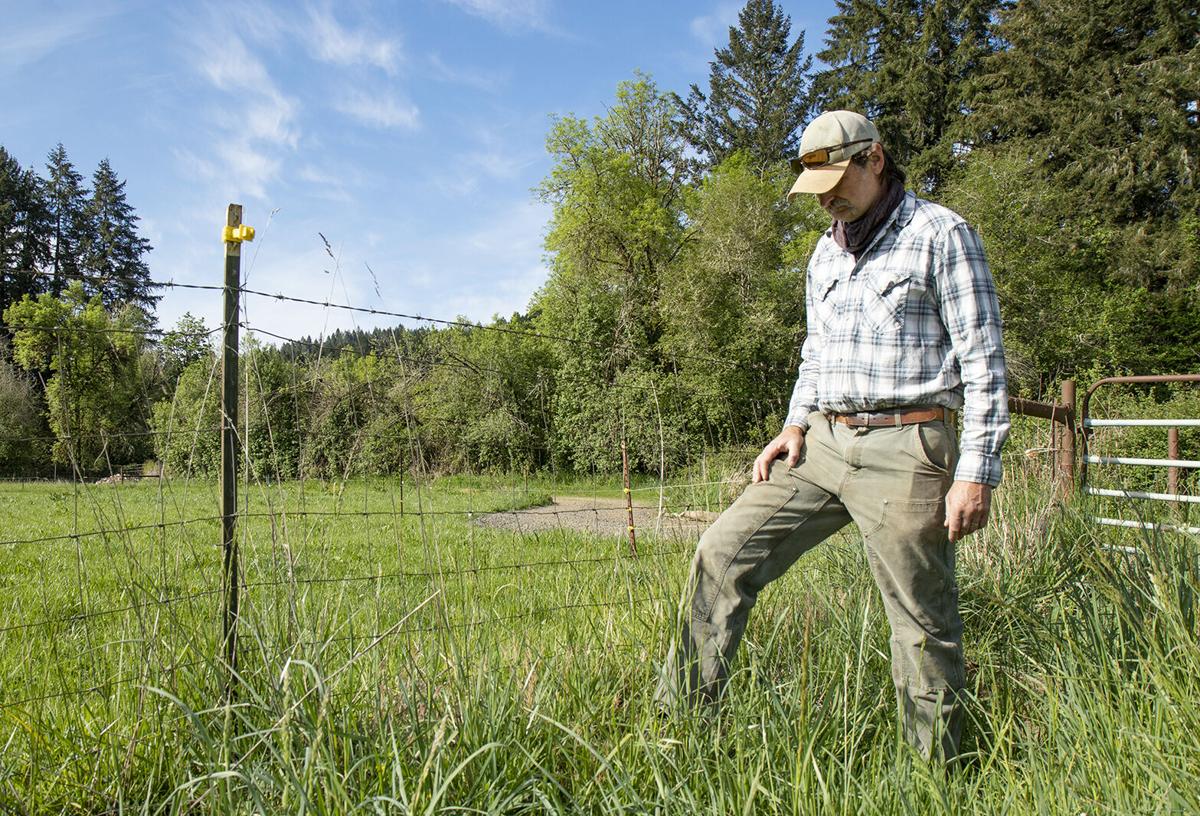 Chris Overbaugh stands with one foot on his main pasture and the other on the raised "beetle bank," which he leaves undisturbed along the fence line. This raised bed creates habitat for dung beetles and other beneficial insects to overwinter, boosting the overall population long-term. 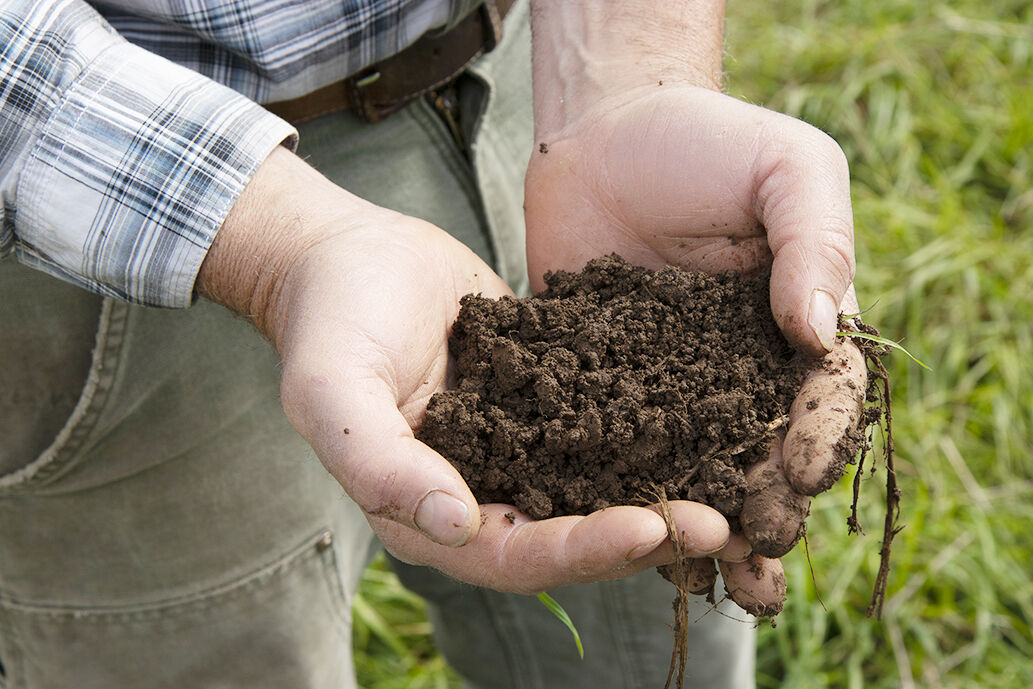 Chris Overbaugh holds a scoop of soil dug from a section of undisturbed beetle habitat. 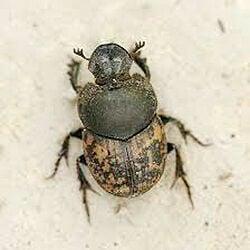 There are thousands of dung beetle species in the world, and researchers say the many species native to the West are more effective at their work in that region than introduced, non-native species. 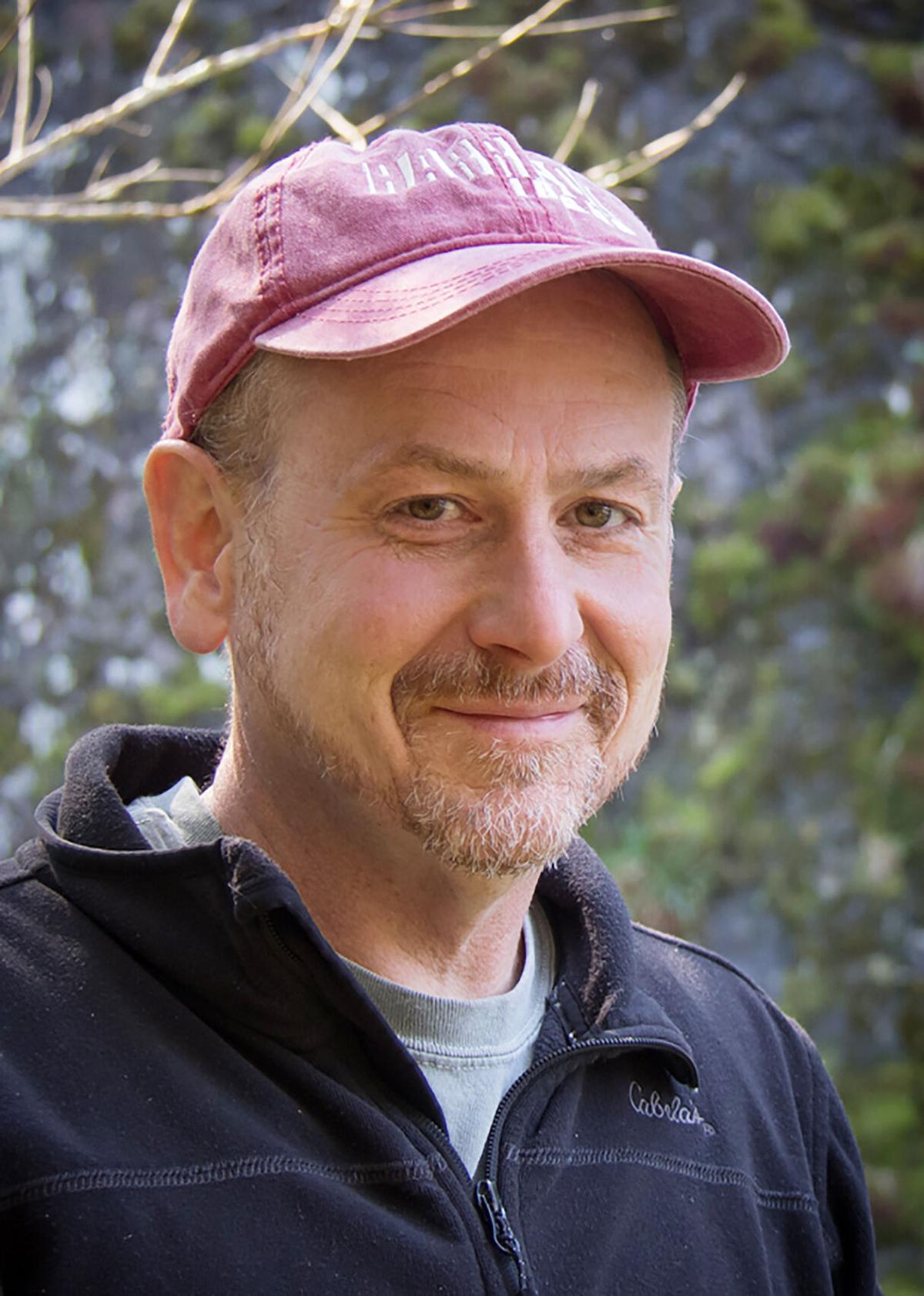 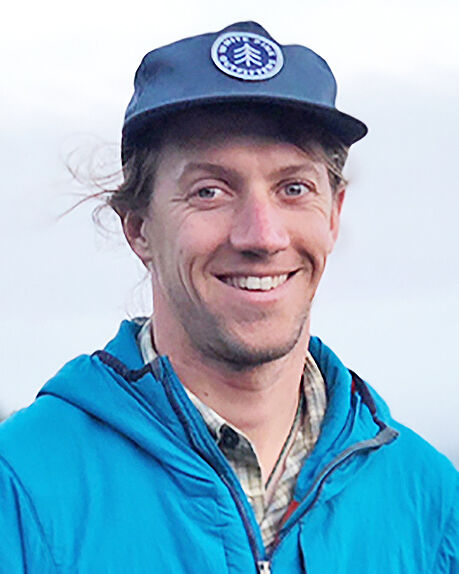 Chris Overbaugh stands with one foot on his main pasture and the other on the raised "beetle bank," which he leaves undisturbed along the fence line. This raised bed creates habitat for dung beetles and other beneficial insects to overwinter, boosting the overall population long-term.

Chris Overbaugh holds a scoop of soil dug from a section of undisturbed beetle habitat.

NOTI, Ore. — Beetles, spiders and ladybugs scuttled across a mound of soil.

Overbaugh stepped onto the mound, which ran along the fence line. This was a beetle bank, about 18 inches wide and several inches tall on either side of the fence, providing year-round habitat for beneficial insects.

“I think there’s just sort of a dung beetle blindness,” said Bill Snyder, an entomologist and professor at the University of Georgia. “People are just unaware.”

One site was Winter Green Farm. Overbaugh, the farmer, said while he was already aware of dung beetles, working with Jones “heightened our awareness.”

In field studies, Jones drove a van across the West. Inside was a cooler of pig feces. He’d visit farms, trap native beetles, leave dollops of manure in fields, then come back to study how much dung had been removed.

“It was kind of a crazy study,” said Snyder, then Jones’ faculty supervisor.

The second portion of the study looked at how effective dung beetles are at reducing E. coli.

In a laboratory, Jones fed pig poop laced with E. coli to dung beetles, and found some dung beetle species could kill 90% or more of E. coli in a few days.

The findings have significant food safety implications. Droppings left by wildlife and domesticated animals often carry E. coli, which can contaminate produce. Jones and Snyder showed dung beetles could help by burying and breaking down feces.

A few years after their breakthrough study, however, the researchers say dung beetles are still underutilized.

Some countries are ahead of the U.S. In Australia and New Zealand, for example, large-scale nurseries propagate dung beetles and sell them to farmers. This practice is still rare in the U.S.

“The most beneficial thing growers can do is to conserve and encourage the dung beetle populations that are local to their area,” said Jones.

This can be done by creating beetle banks, planting hedgerows, reducing use of broad-spectrum insecticides, leaving small areas untilled, growing diverse crops in rotation and allowing livestock to drop manure on pasture.

“Dung beetles are nature’s cleanup crew, and they can do a lot of good if you let them,” said Snyder.