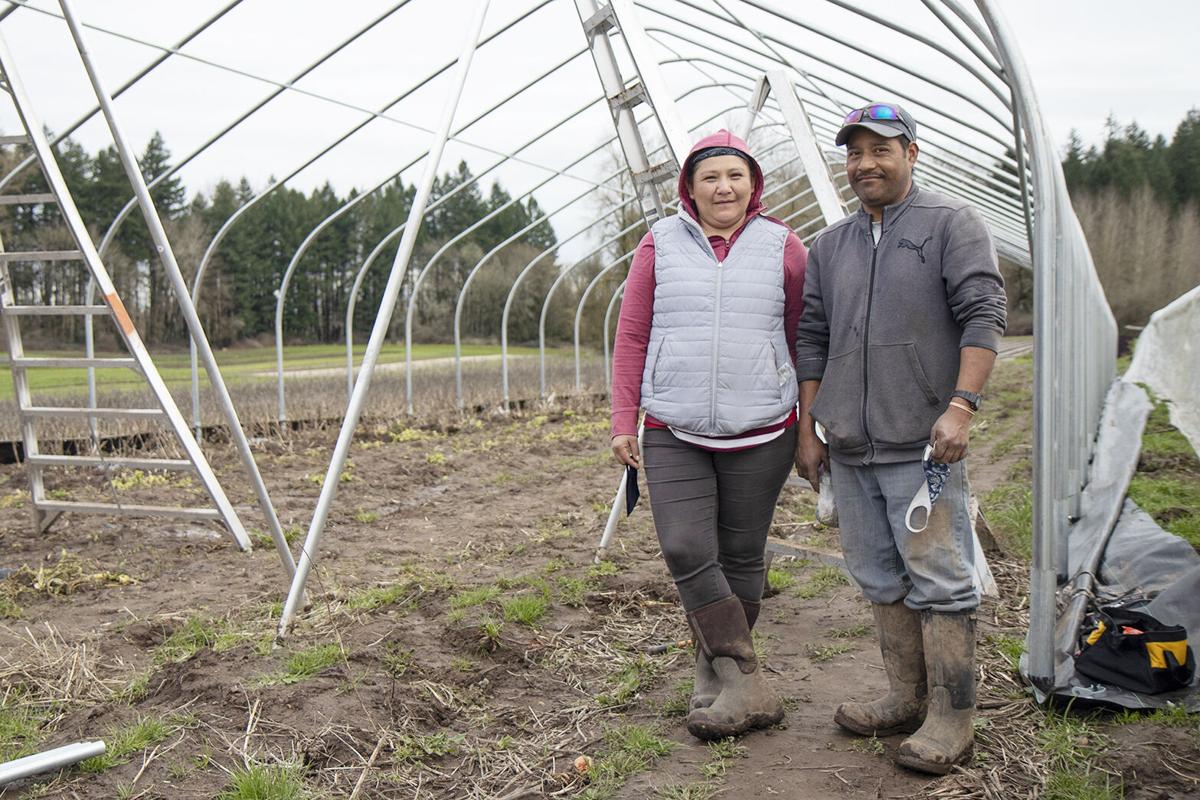 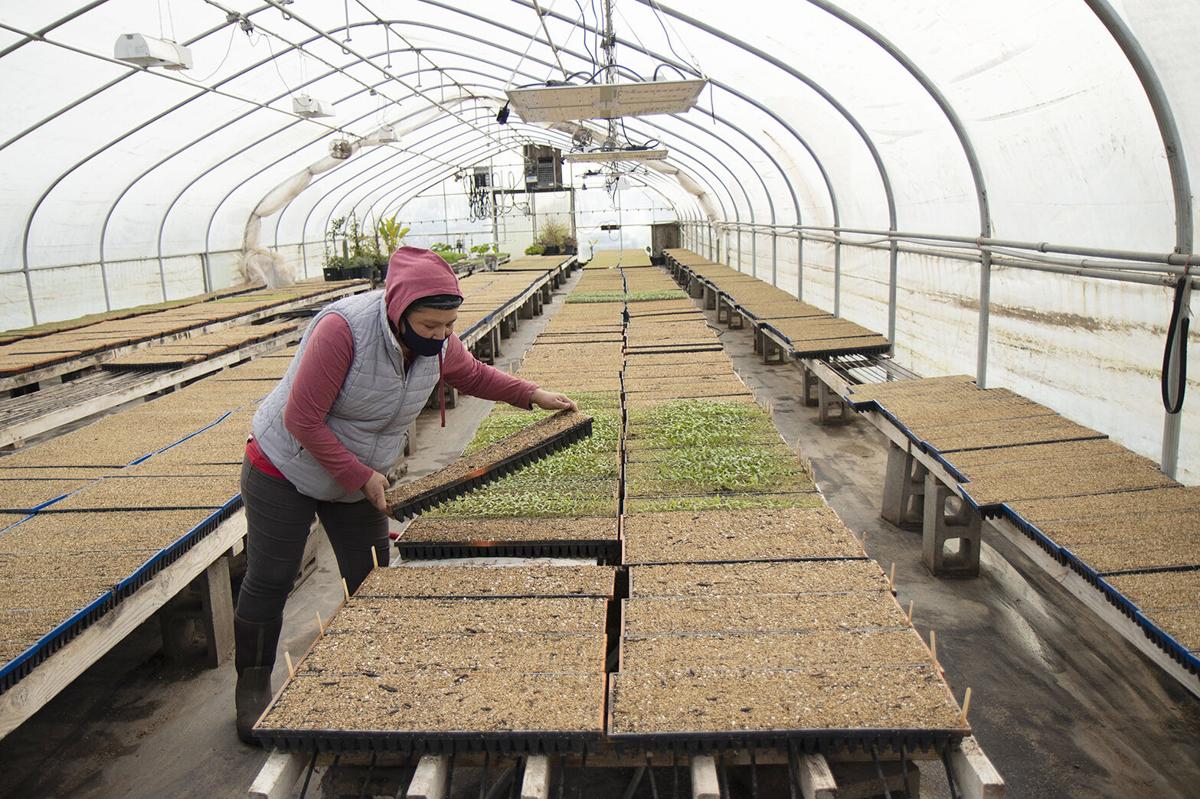 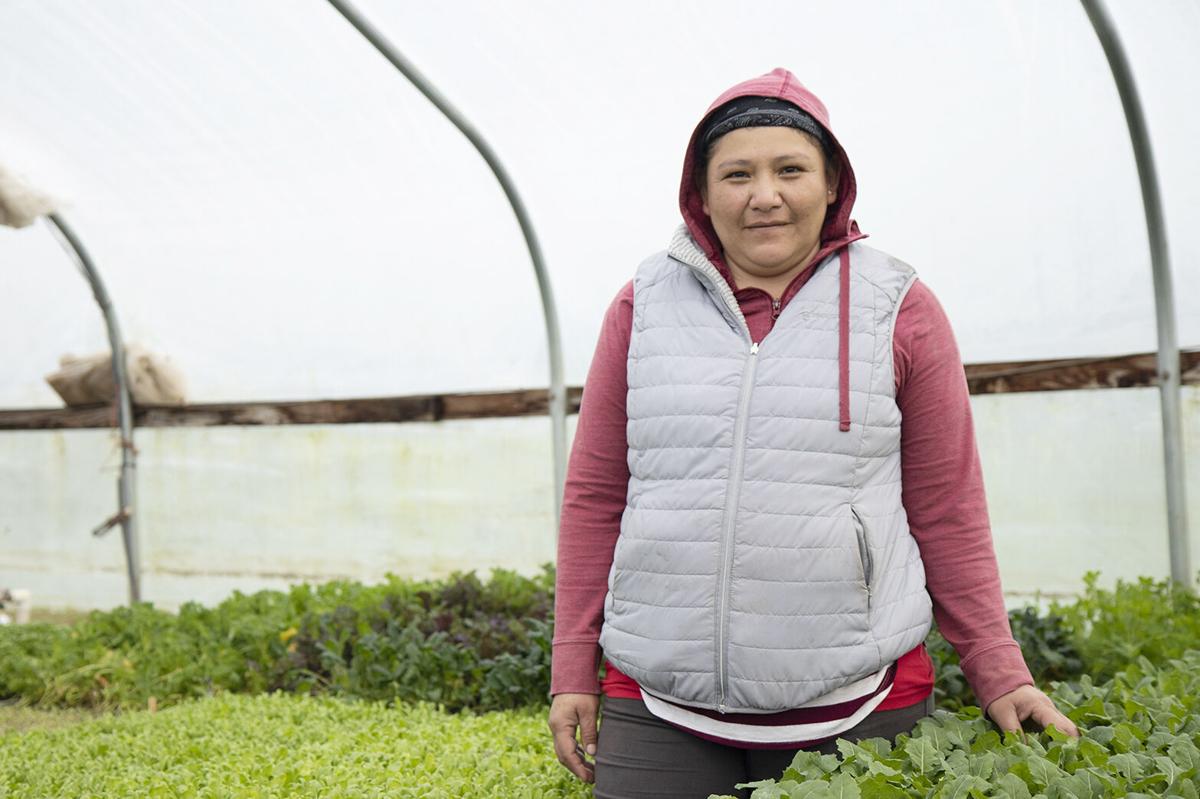 ALBANY, Ore. — Virginia Herrera trudged downhill through muddy divots left by tractor tires. To her right, her husband, Zenon Ramirez, was perched atop a ladder covering a greenhouse frame with polycarbonate material. In front of her, farmland fanned wide.

As she approached one of the fields, she greeted her employees, who were planting kale.

Herrera and Ramirez are part of a tiny but expanding group of Latino farmworkers turned farm owners in the state.

The couple is originally from the village of Asuncion Atoyaquillo, Oaxaca. After working as farm employees in the U.S. for 25 years, they set out to start their own business — Eloisa Organic Farm LLC in Albany. The farm sells its produce to farmers markets, restaurants, and to Organically Grown Co., a wholesale distributor. It also has a Community Supported Agriculture, or CSA, program.

"This was my dream for so long," said Herrera.

She said she didn’t want to work for someone else and always had a dream to own a business, make the planting decisions and navigate markets.

At first, Herrera and Ramirez struggled to pull together enough capital to invest in infrastructure and land. The couple's success was made possible, Herrera said, by the kindness of their former employer.

Prior to starting their own farm, the couple had worked for Spring Hill Organic Farm in Albany. When the farm's owner, Jamie Kitzrow, was preparing to retire in 2019, knowing of Herrera's dream, he gave the couple a "trial run" to manage some crops and marketing. They were successful and set aside the money they earned for investments.

The next year, 2020, the two launched their business, renting 2 acres of greenhouses and 13 acres of fields from Kitzrow.

Most of America's Latino farm owners get started by renting or leasing land, according to Laura-Anne Minkoff-Zern, professor of food studies at Syracuse University and author of "The New American Farmer."

"Accessing land is really challenging," said Minkoff-Zern. "Farmworkers are against what seems like all odds owning or managing farms in the U.S."

Despite the growing number of Latinos running farms, Minkoff-Zern said most still face barriers with paperwork, documentation, language and access to educational resources.

"Getting started was overwhelming," said Herrera, who said she had to learn how to run payroll, meet safety requirements and get certified as organic.

Herrera said she is grateful for her former employer, small farm resource programs and the community's support.

Locals say Herrera is especially famous for her hot peppers, including jalapenos.

"Peppers are my favorite," she said, and smiled.