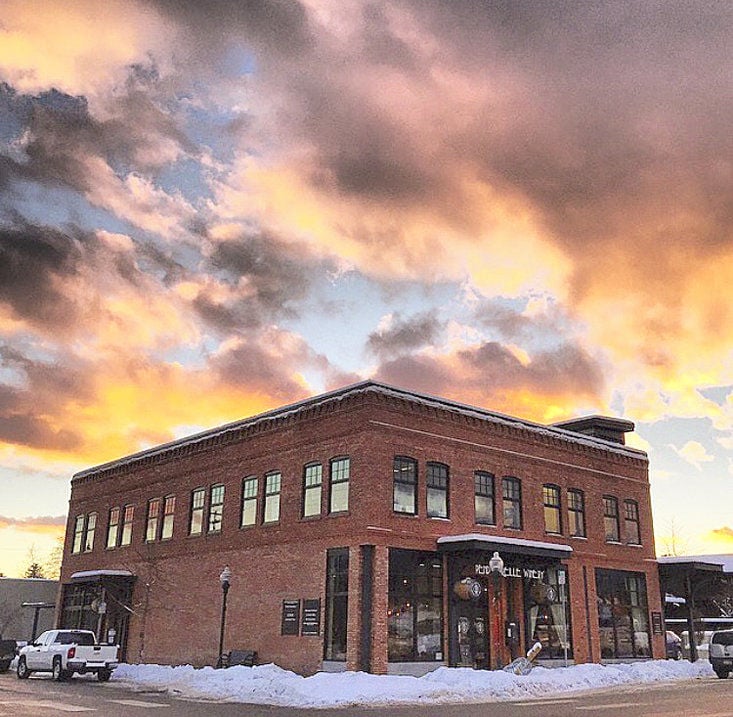 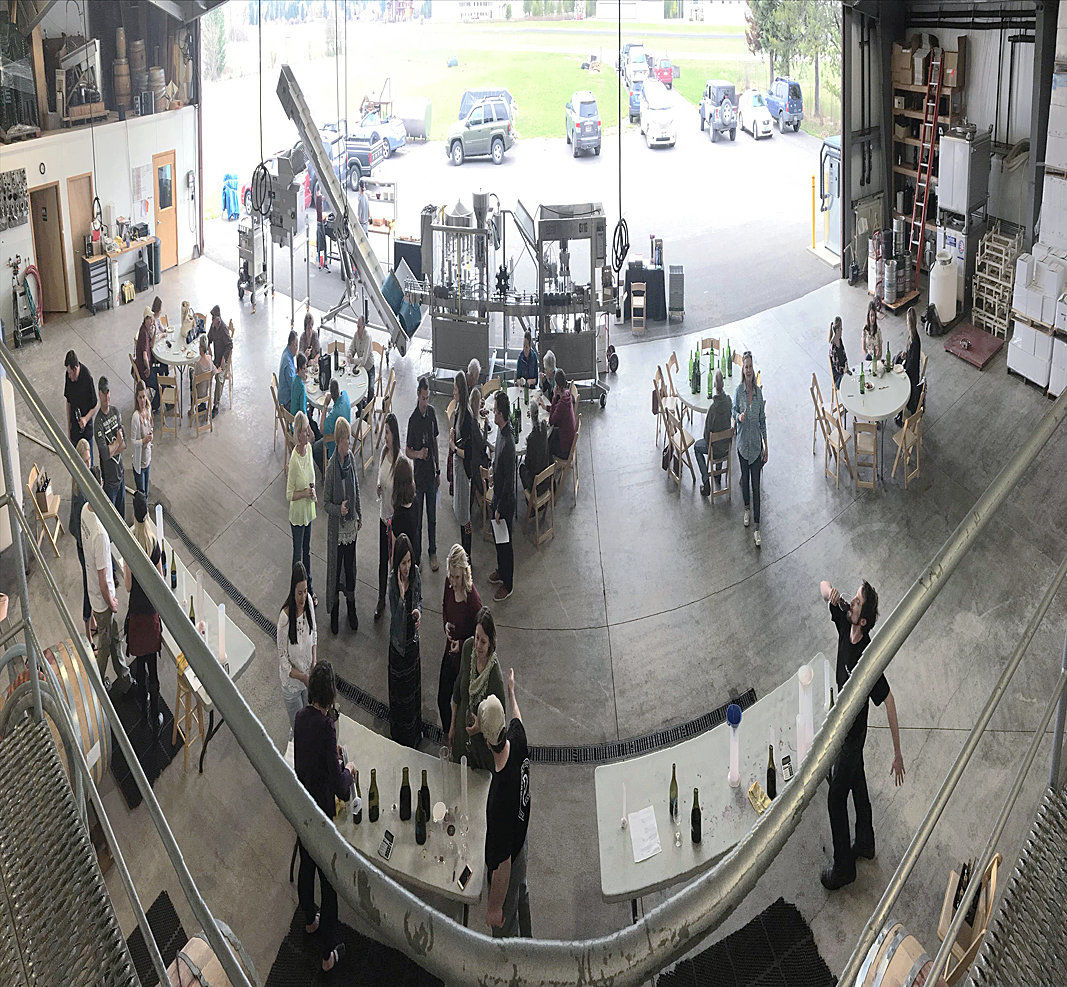 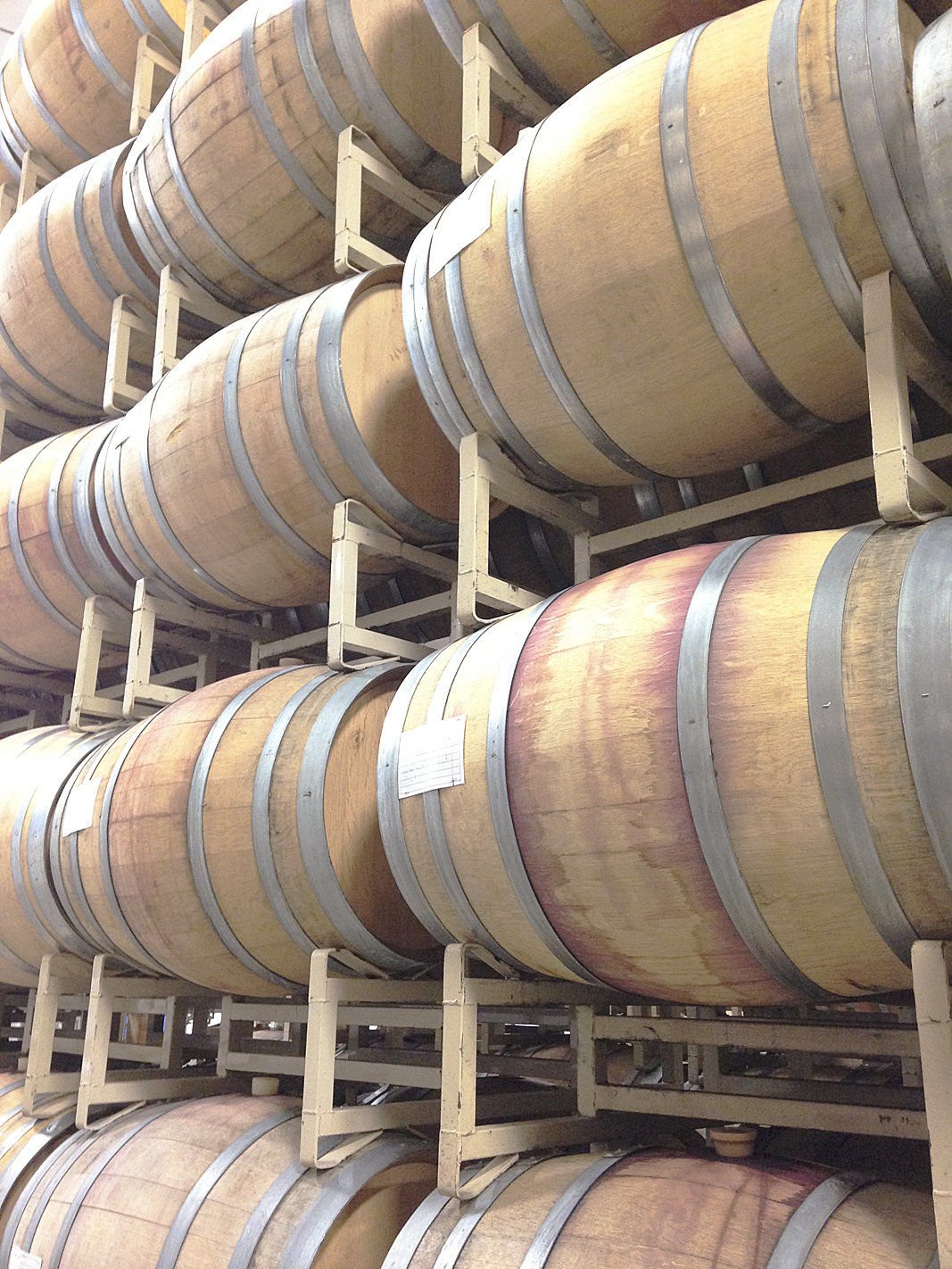 The Pend d’Oreille Winery in Sandpoint, Idaho, was started by Steve and Julie Meyer 22 years ago. Jim Bopp has been their winemaker for 10 years and will soon be buying the winery from them.

“I was born and raised in Sandpoint and have known Steve and Julie a long time. Steve is from California and met Julie at college. They decided to move back here to Julie’s hometown because they both love to ski and bike,” said Bopp.

Steve was studying to be an accountant, then decided to be a winemaker after traveling around Europe to ski. In France he ran out of money and needed a job. He worked for vineyard owners who are still his friends.

“He helped with their harvest and fell in love with winemaking. When he came home he worked in wineries in California, and realized this is what he really wanted to do,” Bopp said.

Steve and Julie came back to Sandpoint and opened a winery in 1995. When Bopp was in college in Montana he took a semester off to come home, and helped with their 1998 harvest.

Bopp went back to college but made wine as a hobby. He met his wife at school, moved to Boise, then they decided to come back to Sandpoint.

“We wanted to raise our kids in a smaller town to have the experiences that I had growing up,” he said.

Steve asked him to come back to work for him.

“It didn’t take long to realize this was what I wanted to do,” Bopp said. “Winemaking is an artistic process; everyone has their own way of making wine, and I threw my own spin on things. Steve recognized this and let me do it.”

Steve and Julie are planning to sell the winery and let Bopp take over.

“We produce 6,000 cases annually. All our red wines come from Washington vineyards — mainly the Columbia Valley. We have some white wines from Washington, and two from Idaho. Those two, the Riesling and Chardonnay, are both grown by Kirby Vickers near Caldwell,” Bopp said.

It’s a long distance to transport grapes, but Bopp, Steve and Julie are satisfied with their winery location. “The quality of life here — in a small town — is worth every minute of travel. We only have to travel during September and October to check on the grapes,” said Bopp.

“We contract with 8 growers and visit them once or twice a week when we’re about ready to harvest. We bring some grapes back for analysis,” he said.

The grapes must be harvested at just the right time for making perfect wine.

Pend d’Oreille Winery’s wines have received recognition at wine festivals across the West. Their 2007 Cabernet Sauvignon and 2009 Bistro Rouge both won a Double Gold medal at the San Francisco International Wine Competition. Their 2012 Syrah won a gold at the Tri-Cities Wine Festival.

“One of the unique things we do is refill wines. We started 6 years ago, and have kept thousands of pounds of glass out of landfills; they don’t recycle glass here.”

Customers can buy a 1.5-liter refillable bottle. The label is silk-screened on the bottle itself and won’t come off. Initial price is slightly higher (buying the bottle) but refills are a discounted price.

The initial bottle usually contains Bistro Rouge, one of their most popular wines.

“We refill more than 1,000 bottles annually. The idea was to keep glass out of the landfill, but it benefits our business bringing a lot of people through the door every day to get bottles refilled,” he said. “This gives us the opportunity to sell them other newly released wines or let them know of events at the winery.”

Several wines are kept on tap for refills — not only Bistro Rouge but also Petit Syrah, Carmenere and Mourvedre. “People in our area love this system.” said Bopp.

The production facility/storage area is by the airport in a big hanger. “We have an indoor-outdoor crushing area, which keeps the inside from getting dirty that time of year. We also have events for the public here,” Bopp said.

“The BYOB (Blend Your Own Bistro) is mainly for customers with refill bottles; they make their own blend from the barrels,” he said. “There is often competition among our customers to see who has the best blend.”