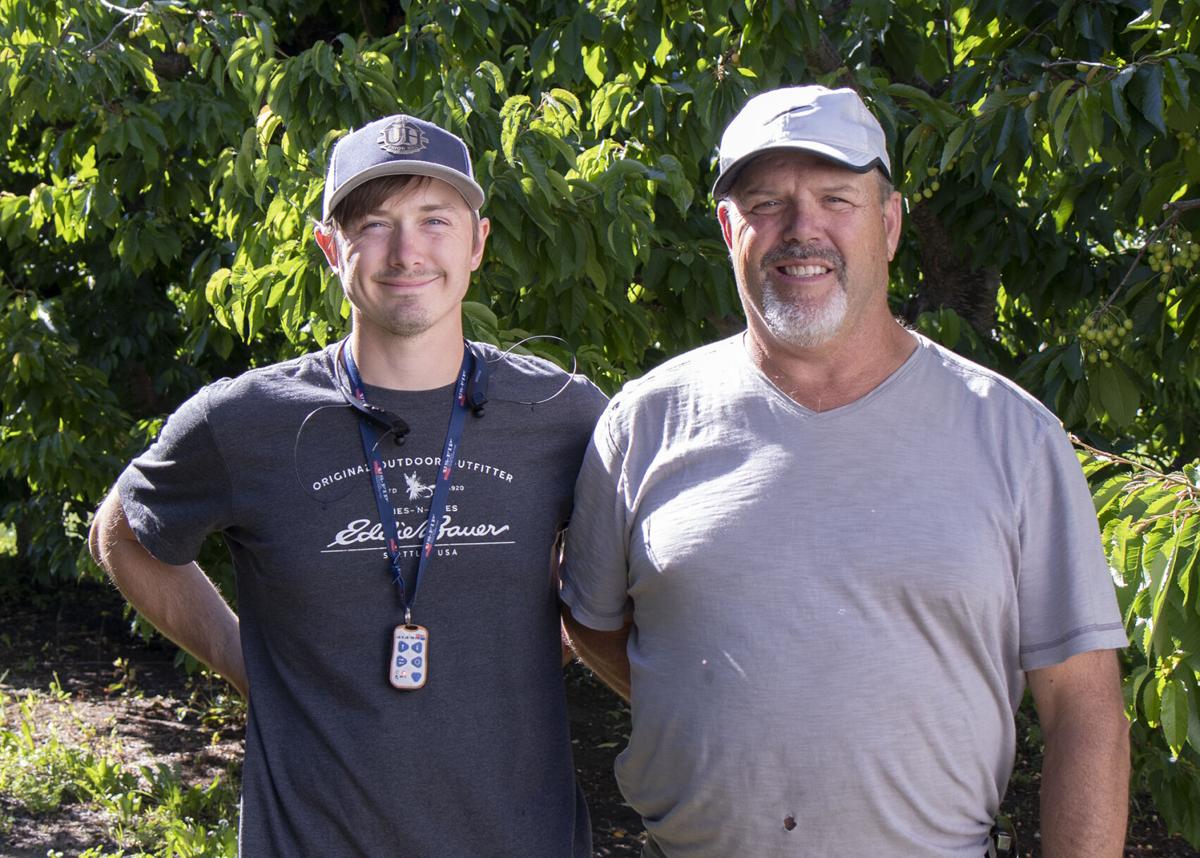 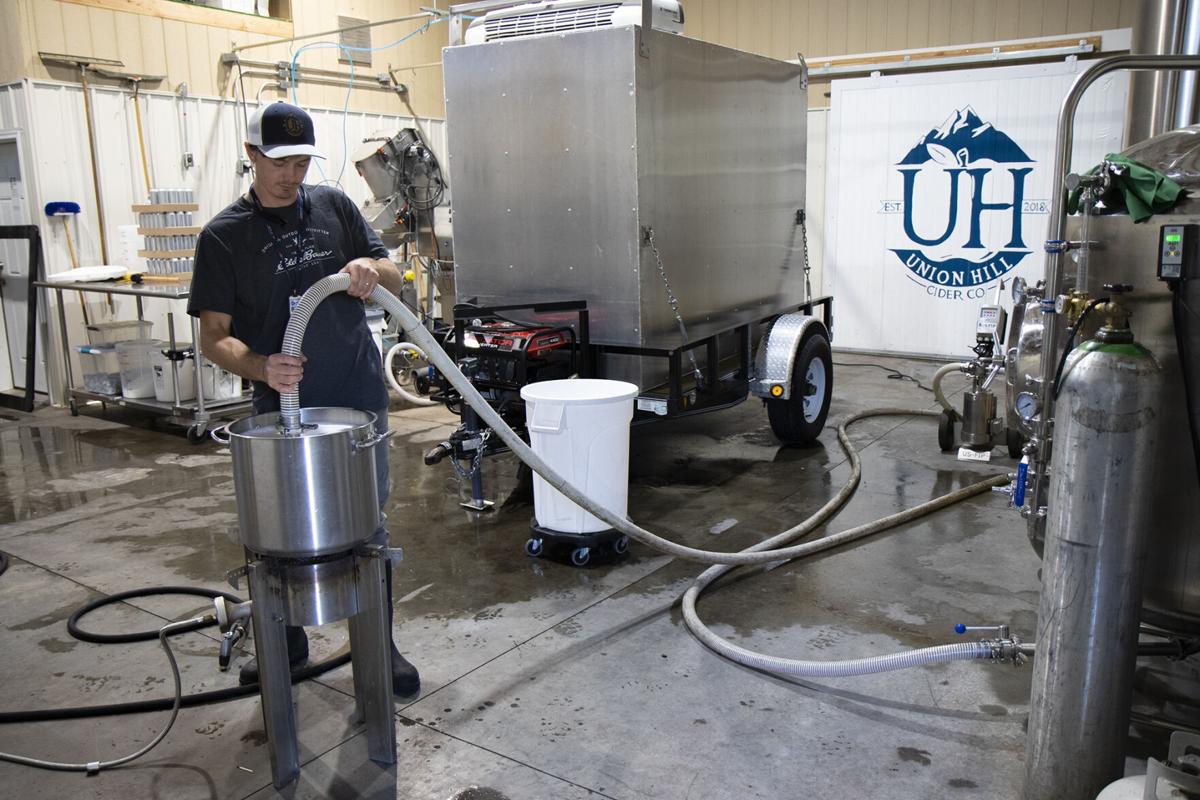 Andrew Handley works inside his cidermaking facility. The vehicle pictured behind him is used to make trips to Seattle to deliver cider to customers. 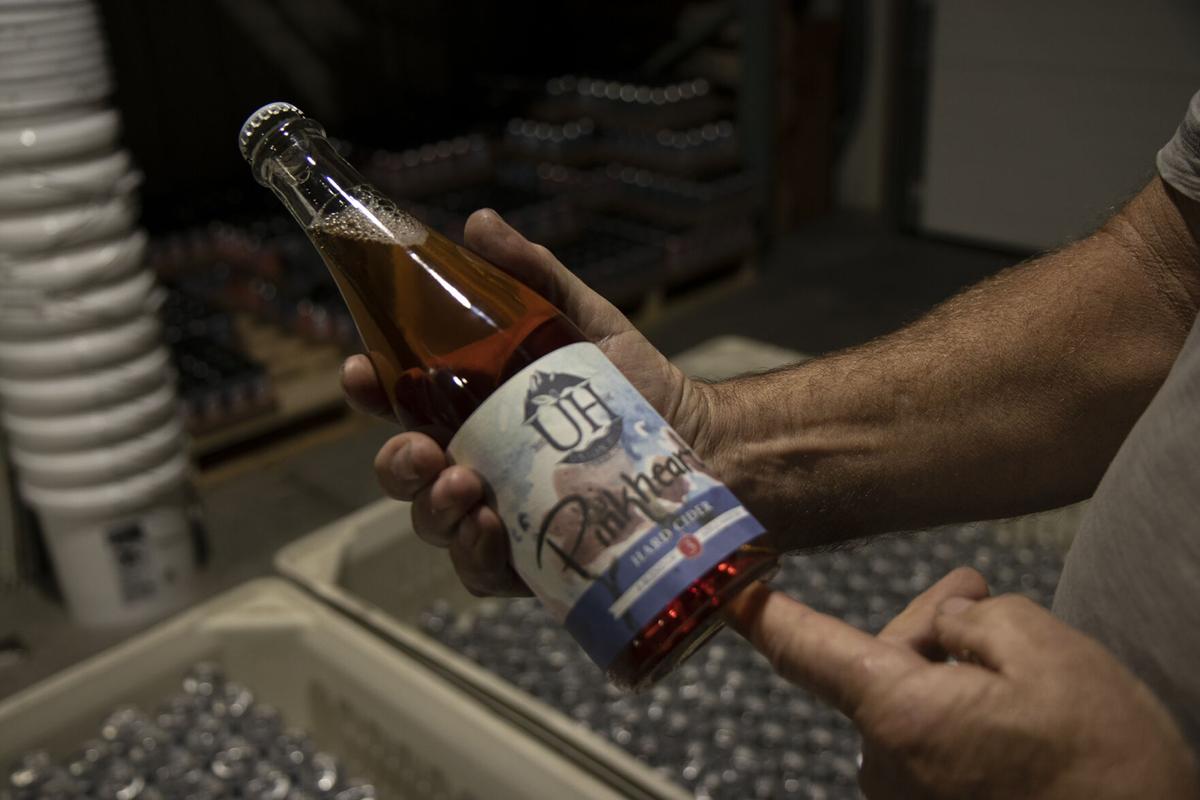 Andrew Handley works inside his cidermaking facility. The vehicle pictured behind him is used to make trips to Seattle to deliver cider to customers.

EAST WENATCHEE, Wash. — Andy Handley, 58, and his son Andrew, 29, are second- and third-generation orchardists leading a movement in the tree fruit industry: cidermaking.

Andrew Handley, a young apple grower, and his then-roommate, a beer fanatic, decided to try making cider, which they fermented in their closet. The first batch was far from glorious — Handley describes it as "bland, yeasty-tasting, boozy water." But the friends didn’t give up.

As Andrew perfected his cidermaking technique, his dad, Andy, took a gamble. The Handleys had been growing apples in the Wenatchee Valley since the 1960s, and up to that point had mainly grown "dessert" fruit — sweet apples for the fresh market.

By volume, Handley Orchards still sells 90% of its fruit — cherries and apples — to the fresh market. But the newer cidermaking side of the business, though smaller by volume, has significantly boosted the family's profits.

"It's been amazing," said Andy Handley. "It makes work a little more exciting. And the industry hasn't been exciting in a lot of years."

The heady scent of fermenting fruit filled the room where he stood.

The past few years, the Handleys have invested in cidermaking equipment and created beverage lines using a combination of dessert and cider apple varieties.

They named this side of their business Union Hill Cider Co., and it's a family affair.

Andy and Andrew Handley do their own pressing, fermenting, bottling and delivering. They outsource for mobile canning. About 30% of their cider is canned and 70% is bottled.

And the quality of the ciders has come a long way since Andrew's first closet batch. Last year, Union Hill Cider Co. won Sip Magazine's Best of the Northwest Competition.

"It's been a real learning process," said Andrew Handley.

The Handleys now have about 60 customers statewide, including restaurants and bars. They sell about 40% in the Wenatchee region, to businesses like Badger Mountain Brewing and McGlinn's Public House, and they make regular Seattle deliveries.

The family has even developed a cider club and runs a tasting room which had about 60 visitors on a recent Saturday evening.

"It's a gateway to introduce people to our farming lifestyle," said Andy Handley.

Although cider volumes are relatively small — the Handleys only press 80 to 90 bins annually — profit margins are good, especially direct-to-consumer.

According to the Beverage Trade Network, hard cider consumption has surged 50% over the past decade and the number of cidermakers has proliferated.

Around Wenatchee, locals say a decade ago there was only one major cidery — Snowdrift Cider Co. Now, cideries are popping up across the valley, including Independent Cider, launched by multigenerational Remley Orchards, and Rootwood Cider, started by a fifth-generation apple farming family.