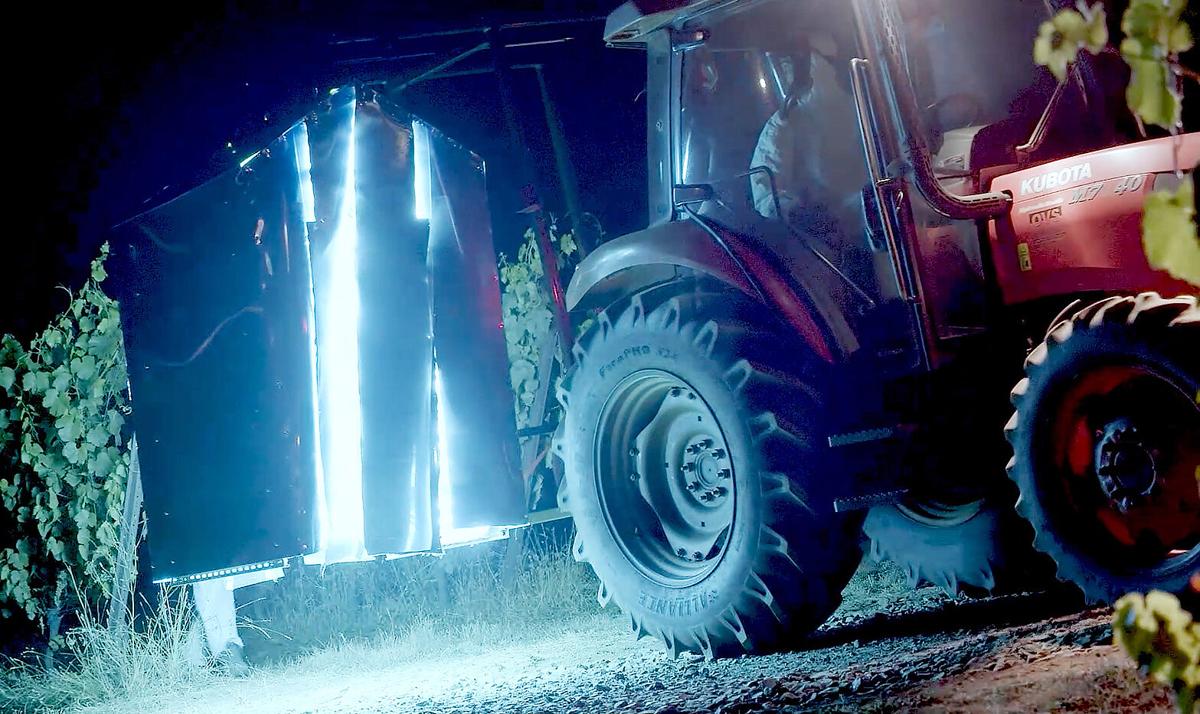 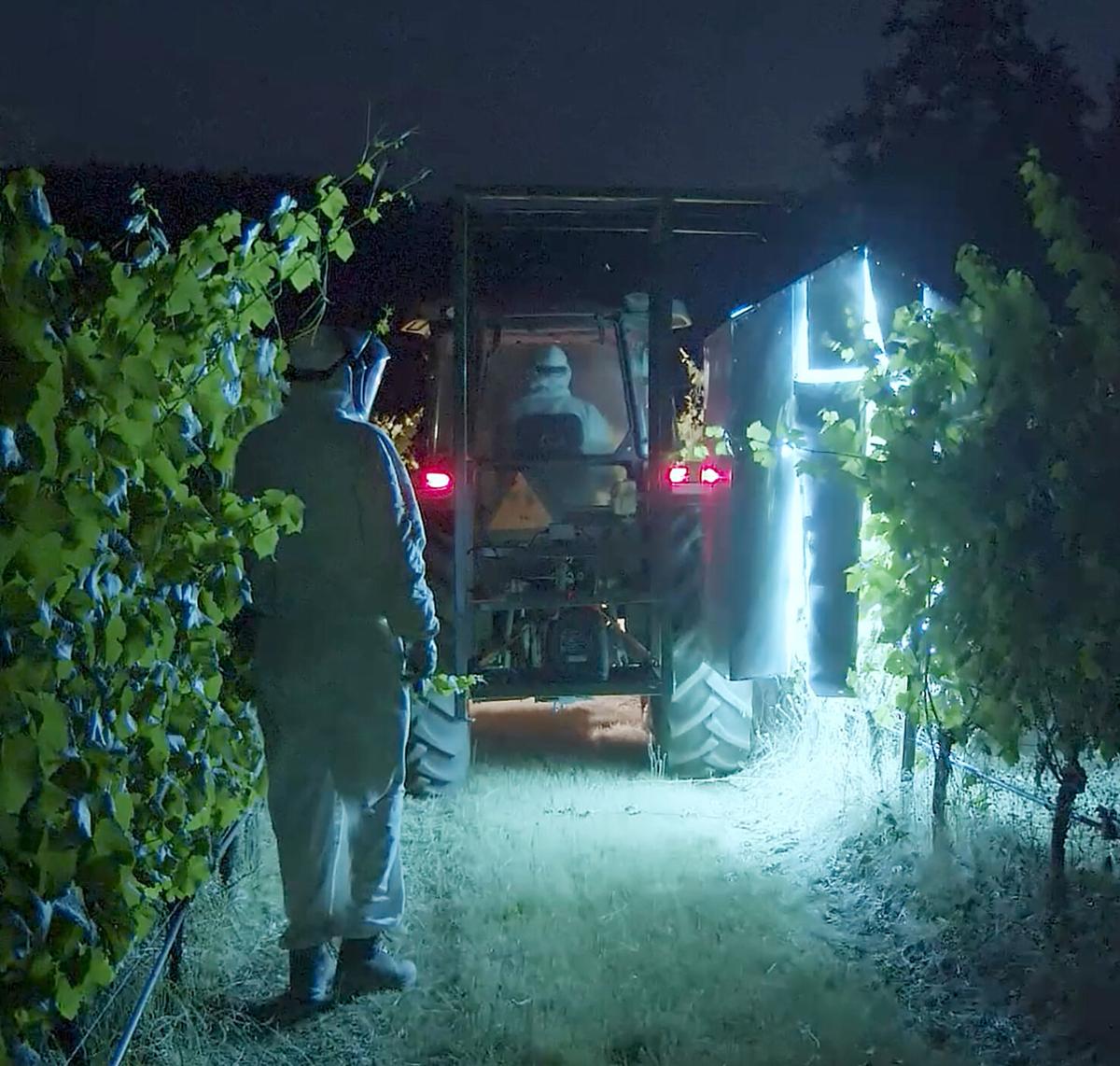 TURNER, Ore. — For Willamette Valley Vineyards, the discovery came as a rare silver lining in the fight against COVID-19.

The Oregon winery had just installed germicidal ultraviolet lights last spring to kill the coronavirus at its tasting room in Turner, south of Salem, in an effort to entice visitors back to the bucolic estate overlooking hills of Pinot noir, Pinot gris and Chardonnay vines.

That’s when founder Jim Bernau stumbled upon another use for the technology — controlling powdery mildew, a pernicious fungal disease that affects several crops including winegrapes and berries.

“The pandemic and the need to kill the coronavirus created awareness and led us to study UV light,” Bernau said. “We were early adopters of UV light technology in HVAC air quality systems. As we learned more about UV light, we learned it can be used to kill viruses and other things like powdery mildew naturally, without the use of chemicals.”

Normally, growers use fungicides to treat powdery mildew. A research team led by Cornell University is now demonstrating how UV light can also kill the fungus at night, when the organism’s DNA repair systems shut down to conserve energy.

Powdery mildew forms on the surface of leaves and the skin of fruit, and can result in an unpleasant, viscous and oily mouthfeel in wine. Winegrapes rank as Oregon’s seventh most-valuable agricultural commodity, at $237.7 million in 2019.

Bernau instructed the winery’s research and development manager, David Markel, to build a specially designed tractor implement that could take UV lights from the greenhouse directly into the vineyard. What they found, however, was someone had beaten them to the punch.

Walt Mahaffee, a research plant pathologist at the USDA Agricultural Research Service station in nearby Corvallis, is a regional collaborator on the Cornell project. He and his team of graduate students designed a UV light array mounted onto the back of a small John Deere tractor, and were already testing the system in a 1-acre experimental block of winegrapes.

“It’s a nice little device,” Mahaffee said. “We’ve been running it all season.”

Willamette Valley Vineyards brought the tractor to its location in early August to test it on a larger commercial scale, and the results were promising enough for Bernau to hail the technology as potentially transformative for the industry.

Markel, a former engineer at Hewlett-Packard, said they are already looking ahead to next year.

“Farmers are willing to put some of their crop at stake to do this. At the same time, there’s a cost,” Markel said. “By no means is it an easy challenge. To me, that’s the exciting part.”

Mahaffee said he was initially unsure how effective UV light would be in the rainy Willamette Valley, which experiences heavy disease pressure from powdery mildew. But his data do indicate UV light makes a difference, driving the tractor at 2-3 mph over rows of winegrapes.

The big challenge, Mahaffee said, is coming up with an automated system that will work at commercial scale. Otherwise, farms face increased time and labor costs that will likely make driving the UV array impractical.

“When you can make it automated, that’s when it will have utility,” he said.

Saga Robotics, a company in Norway, has developed the prototype for an automated, self-driving UV light vehicle. Willamette Valley Vineyards will pay to bring the system to Oregon and offer space for testing, Mahaffee said. In exchange his team at the USDA-ARS will conduct the disease assessment.

“They’re ready, based on the data they’ve seen, and they want to test this at commercial scale,” Mahaffee said. “They’re jumping in whole hog, ready to risk everything, putting their money and time into this.”