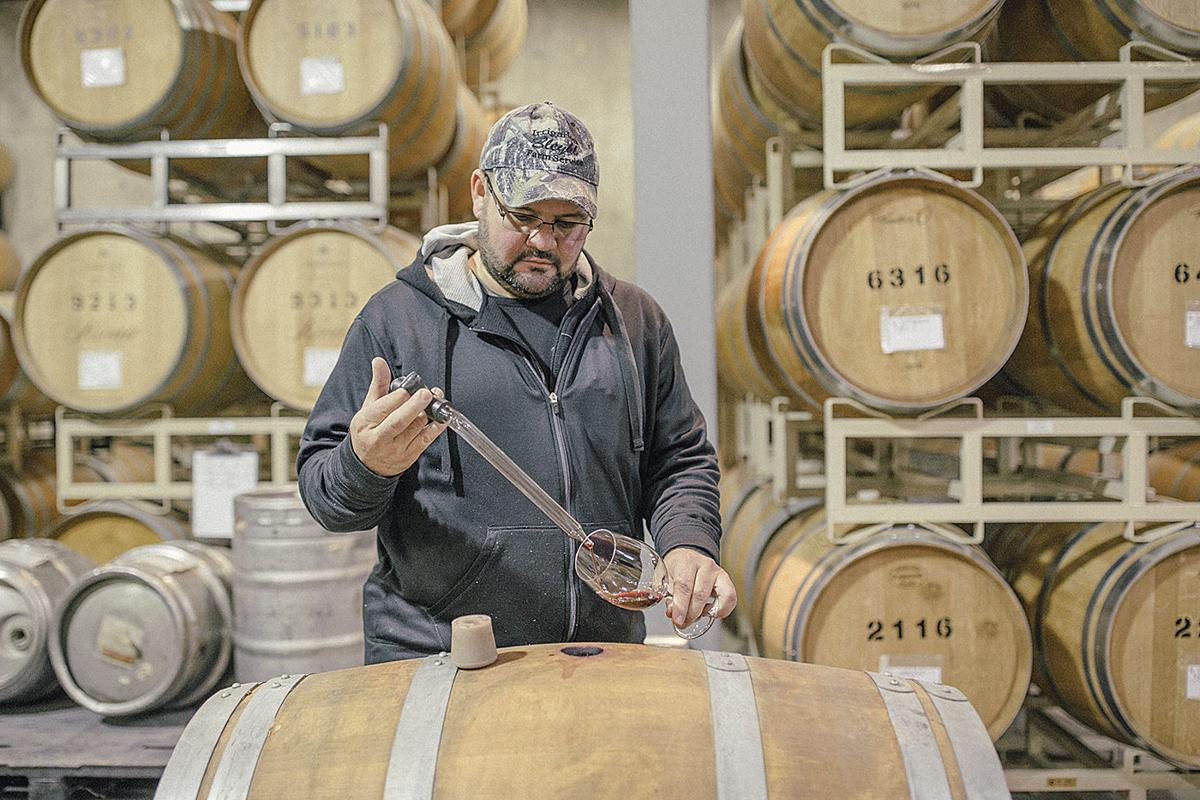 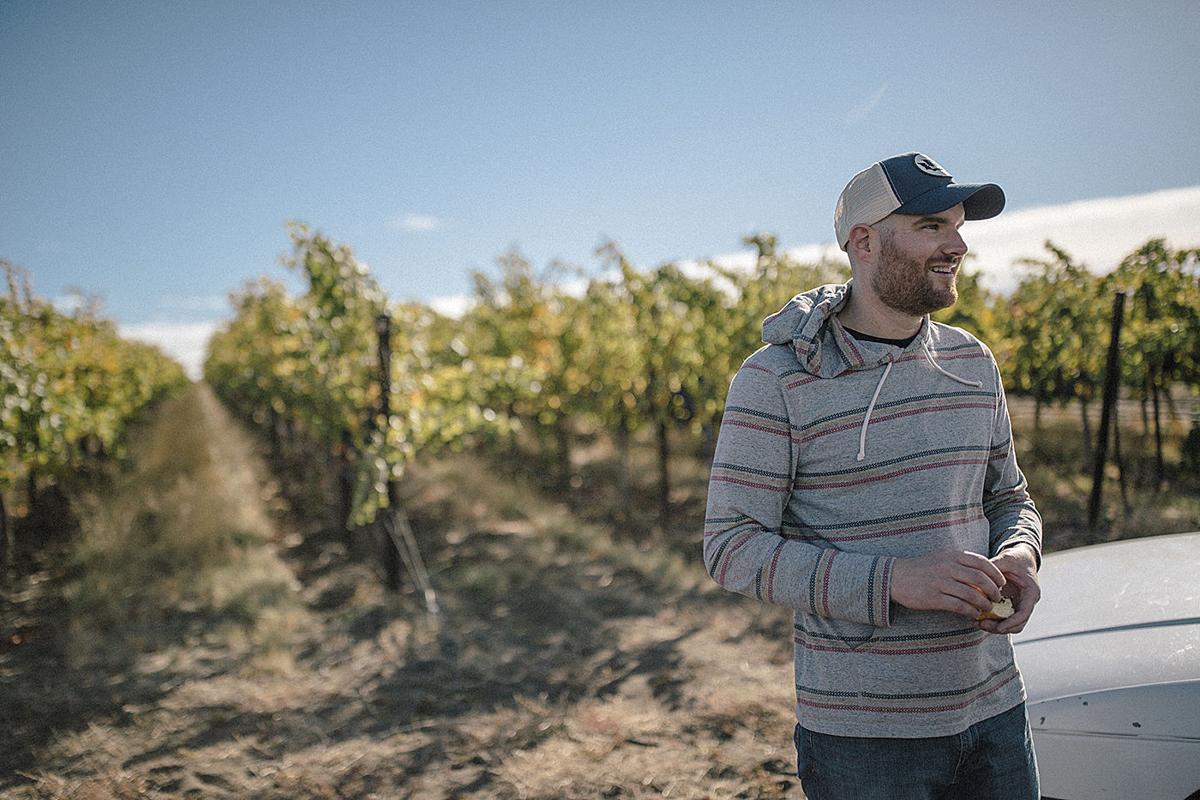 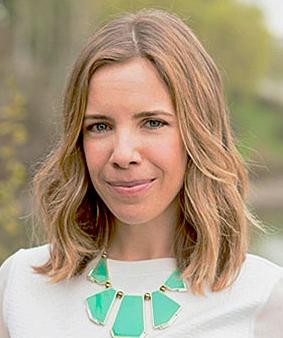 Most years, January is a month of glory for the wine industry — celebrating the harvest and holiday sales of the previous year and gearing up for the next season. But for U.S. winemakers, January 2020 is a time of worry as the industry girds itself for the Trump administration’s threat to impose 100% tariffs on European wine imports.

It may appear that a duty on European wines would sweep away competition for the domestic industry and lift U.S. producers’ profits. But American wine producers say that, rather than helping them, an import tax could devastate their industry through damaging the overall wine-drinking culture and putting distributors out of business.

Although the U.S. Trade Representative has not issued a definite timeline yet, the tariffs could be imposed as early as February.

“It seems like almost everybody’s worried about this,” said Jason Haas, general manager of Tablas Creek Farm, a vineyard in Paso Robles, Calif.

According to the Wine and Spirits Wholesalers of America, a 100% tariff on French sparkling wines alone could dismantle an estimated 17,000 U.S. jobs.

Direct importers would be hit hardest, but industry leaders from winegrowers’ associations in Oregon, Washington and California said an entire web of businesses and people connected to European wine would be impacted — including vineyards and wineries, distributors, restaurants and bars, retail shops, hospitality businesses, manufacturers, transportation workers and dock workers.

The tariffs are part of U.S. retaliation against the European Union in response to subsidies it gives to Airbus, a European aerospace company.

The Trump administration has also threatened to impose a separate 100% tariff on Champagne and other products to punish France for imposing a tax on American technology companies.

“This is a no-win proposition,” said Jana McKamey, executive director of the Oregon Winegrowers Association. “It creates chaos in the marketplace and reinforces hostile trading in the global ecosystem. Wine should not be used as a retaliatory pawn to unrelated industries.”

This isn’t the first tariff to jolt the industry. According to McKamey, the U.S. wine industry faced tariffs with Canada in 2015 and has grappled with a fermenting tariff dispute with China since 2018.

In October 2019 the Trump administration imposed a 25% tariff on many European wines. Most U.S. wine businesses cut margins and raised prices as little as possible. But at 100%, experts say, that’s no longer sustainable.

Good wine, Higgins explained, is a product of a place and culture and is not interchangeable.

“Terroir,” a popular wine term, describes how a particular soil, climate, terrain and tradition affect flavor. If, for example, Burgundy doubles in price, consumers will not be able to swap it for Oregon Pinot noir and get the same experience. It is not the same wine.

But it’s not just about personal taste — trade law literally dictates that certain wines may only come from the places after which they are named.

Higgins said if prices catapulted, consumers would be more likely to look for substitutions to wine itself.

“Wine doesn’t have the universal appeal of beer, at least not in the U.S.,” said JJ Williams, director of operations at Kiona Vineyard and Winery in Benton City, Wash. “If someone likes to drink a Red Mountain cabernet, it’s not their starting point. A lot of people start out with high-end European offerings and go down the rabbit hole into domestic wines. When people drink less European wine, they also drink less domestic wine. And that hurts us.”

California vineyard manager Haas shares this concern. “Looking at the bigger picture,” he said, “I think this has the potential to have a major disruptive impact on the United States as a drinking culture.”

The crack in the glass lies in U.S. wine law.

The trouble is that most distributors rely heavily on international imports, explained Haas, partly because of the popularity of European wines and partly because domestic producers can’t meet the demand. If faced with a 100% tax on imports, many distributors would face enormous losses or close.

“If my distributor partners are struggling, then I’m going to struggle, too,” said Washington vineyard director Williams. “If I’m working with a mom-and-pop distributor, but 40% of their viability is based on importing high-end wines, and all that disappears, there’s no way that’s good for me.”

Wine industry leaders from Oregon, California and Washington say they have reached out to lawmakers through phone calls, petitions, in-person visits and official docket comments.

Oregon Winegrowers Association’s McKamey said she encourages those in the wine industry — along with anyone who enjoys a good glass of wine — to reach out to their congressional delegations.

“It takes a lot of time and effort to develop international relationships in the wine industry,” said McKamey. “It can all disintegrate in days with these trade issues.”

U.S. trade law dictates that certain wines may only come from the places after which they are named.