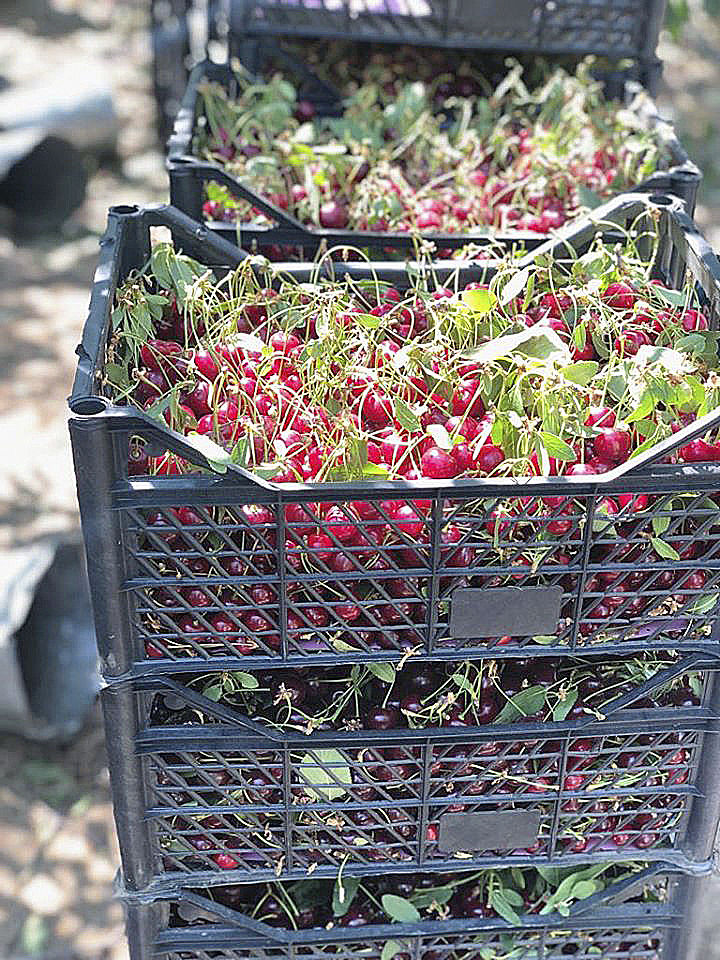 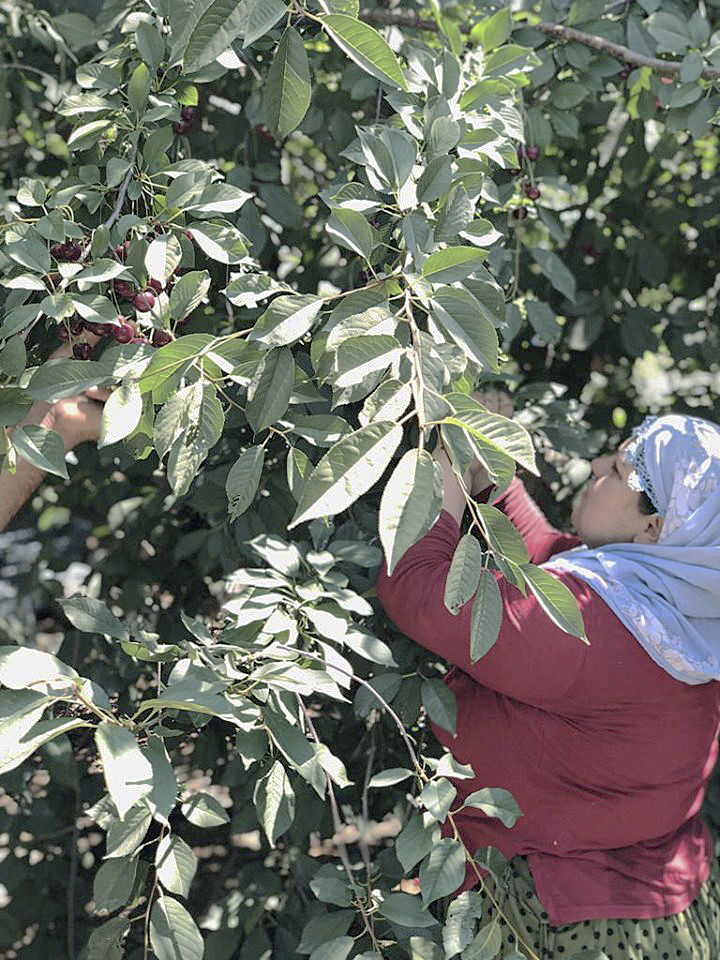 A woman picks sour cherries in the Afyon region of western Turkey in July 2019. 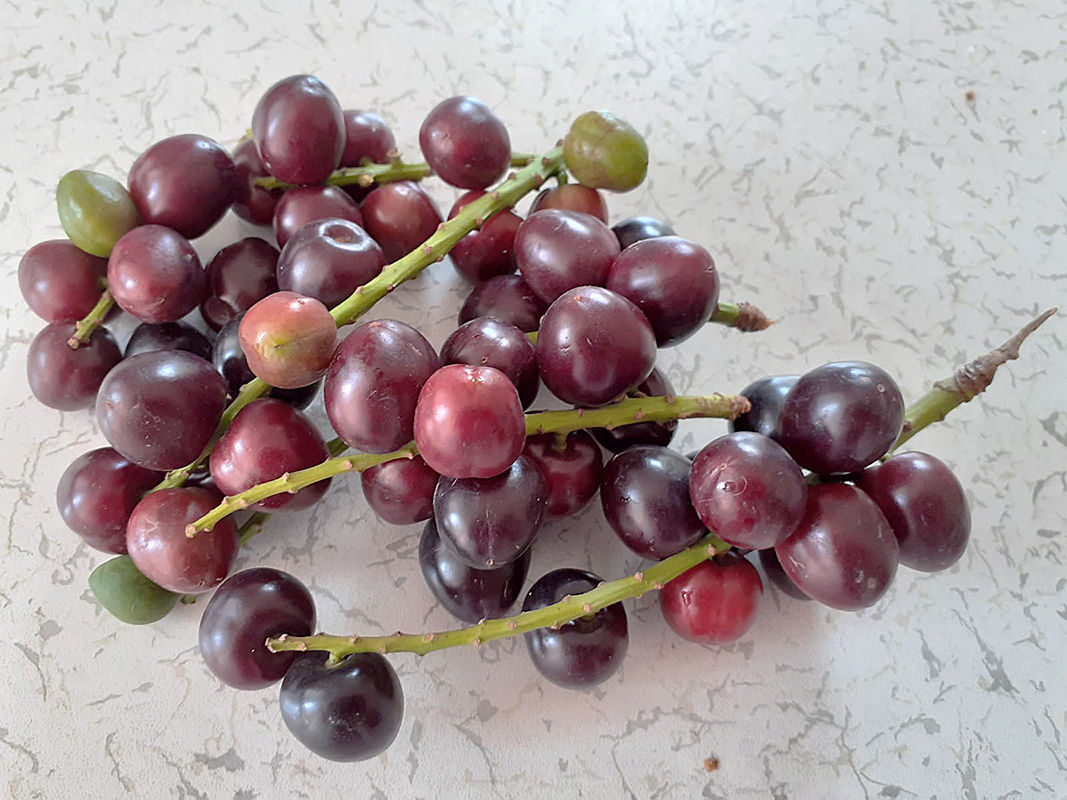 Wild cherries (cherry laurel) from Giresun, Turkey, which is along the Black Sea.

A woman picks sour cherries in the Afyon region of western Turkey in July 2019.

Wild cherries (cherry laurel) from Giresun, Turkey, which is along the Black Sea.

In the verdant, rolling hills of Giresun near the Black Sea, a Roman general is believed to have discovered what would eventually become one of modern-day Turkey’s agricultural crown jewels: the cherry.

The general, named Lucius Licinius Lucullus, enjoyed the delicate, wine-hued fruit so much that when he returned to Italy, he took cherry trees with him, according to the Turkish Ministry of Culture and Tourism. In a way, the event, about six decades before the birth of Christ, marked the first cherry export in recorded history.

Today, Turkey leads the world in cherry production. Fresh cherry exports from the country trail closely behind that of the U.S. — the world’s second biggest cherry exporter, according to International Trade Map statistics.

The production value of fresh sweet cherries in 2018 was $380.5 million and $67.7 million for fresh sour cherries, according to the Turkish Statistical Institute.

During the same period, Turkey exported 168.2 million pounds of fresh cherries, worth about $161.5 million, according to the institute.

The institute does not track the export of dried cherries, a spokesperson said.

With its prolific harvest and lower-value currency — the Turkish lira — Turkey poses an increasing competitive threat to the U.S. and the No. 1 cherry exporter, Chile.

In the past couple of years, the Turkish lira’s value has plunged. A U.S. dollar was worth approximately 5 1/2 Turkish liras at press time. The disparity in value between the two currencies, combined with a recent agricultural subsidy program in Turkey, means that Turkish exporters can offer lower prices for their bounty of cherries.

Adding to their edge, Turkish exporters this year gained access to the Chinese market mid-season, presenting a formidable rival to U.S. producers and exporters, who alongside others from several other approved countries, supply cherries to the Asian country of 1.4 billion people.

China leads the world in cherry imports, importing $1.3 billion in cherries in 2018, according to International Trade Map.

Turkey gained access to the Chinese market in 2017, but exports to China were minimal due to an export protocol that prevented the cherries from staying fresh long enough for delivery and sale.

Mid-season this year, Chinese authorities approved a new fumigation protocol under which Turkish exporters could successfully export cherries in good condition. The first exports under the new protocol started at the end of June, said Gökay Celikli of the Aegean Fresh Fruits and Vegetables Exporters’ Association.

This year so far, Turkish cherry exporters sent approximately 1.32 million pounds of cherries worth $1.38 million to China and 3.3 million pounds worth nearly $3.4 million to Hong Kong, according to preliminary estimates by the Fresh Fruits and Vegetables Exporters’ Association, which is under the umbrella of the Mediterranean Exporters’ Association.

Turkey’s total fresh cherry exports so far this year were 174.7 million pounds valued at $182.3 million, according to the exporters’ association.

Celikli said exporters are looking forward to 2020, when they expect to export even more cherries to China.

“In 2020, at the full season, China will be an important market for Turkey,” he wrote in an email to the Capital Press.

Cherries are native to Anatolia, present-day Turkey. When occupying Roman forces took over Giresun around 63 B.C., they called the settlement “Cerasus,” from which the English word, “cherry” and the Turkish term for the stone fruit, “kiraz,” originated, according to Encyclopedia Brittanica.

The town is still known as the “homeland of cherries.” Even as other regions of Turkey have taken over cherry production and exports, the locals in Giresun still pick and sell wild cherries (“taflan” in Turkish and also known as cherry or English “laurel”), which are native to the region, said Istanbul journalist Engin Esen, whose wife’s family owns a hazelnut farm in Giresun. Wild cherries grow on their property.

Those were most likely the type of cherries Lucullus encountered and exported to Italy.

The Roman general spent his retirement building a sumptuous public park in Rome in the style of gardens he had encountered during his military service in Mesopotamia and Persia and planted it to cherry trees, according to the Journal of Ancient Numismatics.