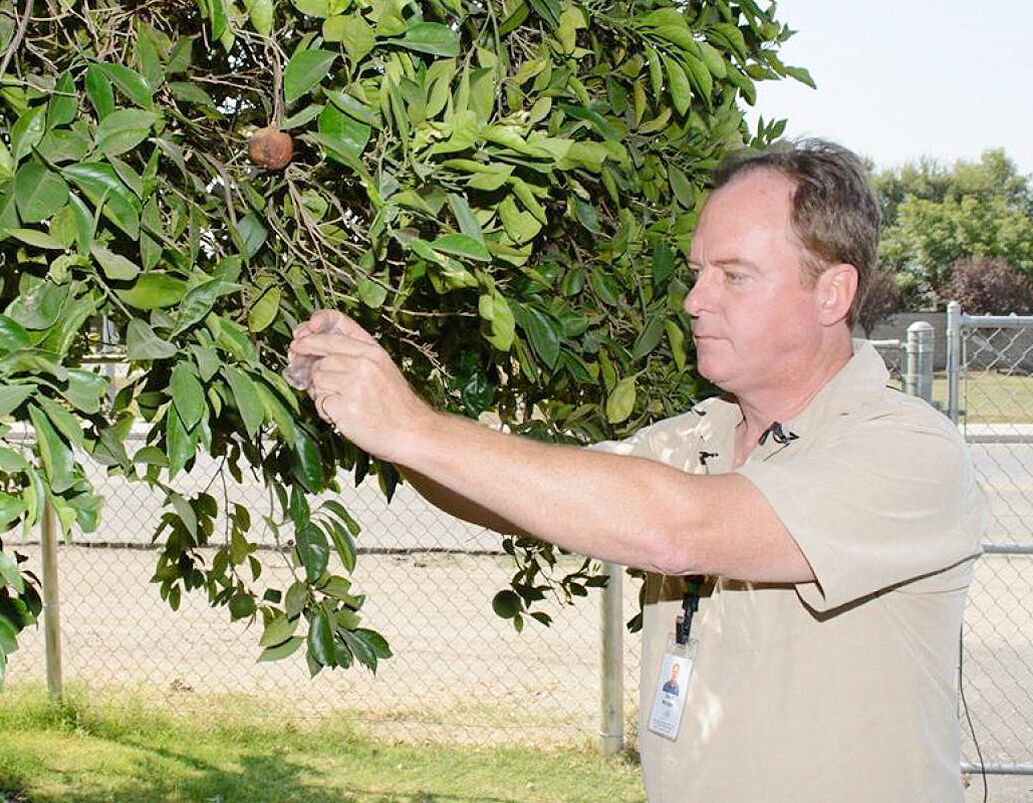 David Morgan releases Tamarixia radiata into a backyard citrus tree. The biological control agents will search for Asian citrus psyllids, the insects that cause citrus greening, and kill them before dispersing to surrounding citrus trees to continue their work. 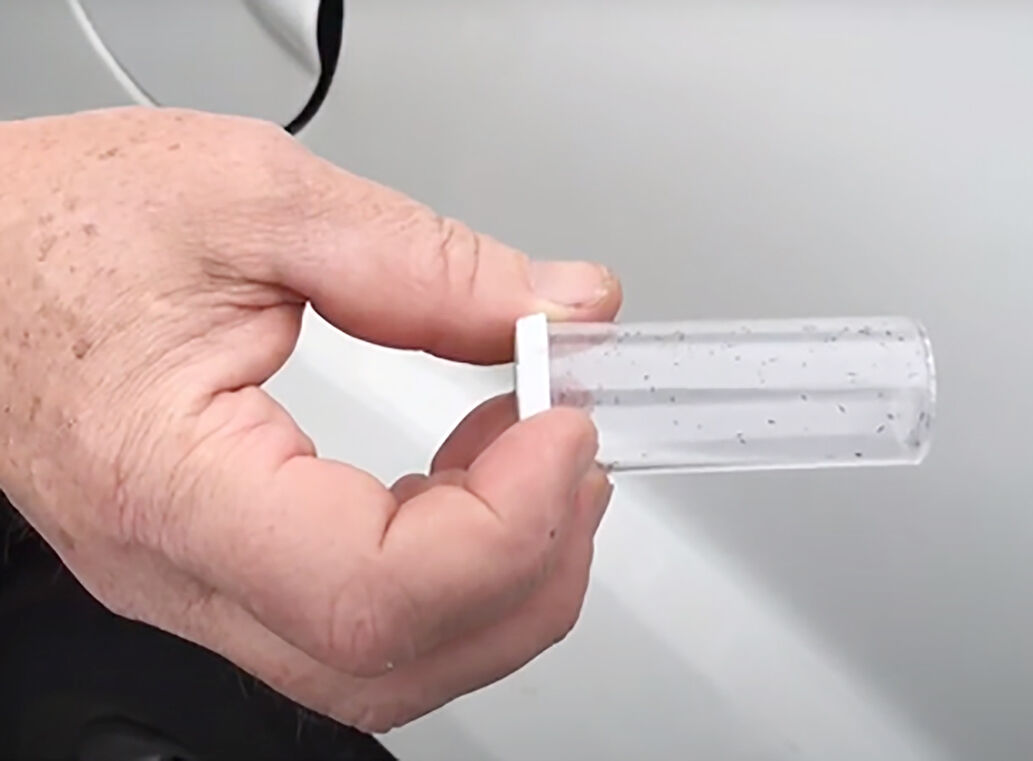 SANTA CLARA, Calif. — To prevent the spread of a devastating citrus disease, the California Department of Food and Agriculture is releasing thousands of tiny, stingless wasps into neighborhoods around Santa Clara County in January and February.

Scientists are using the beneficial wasps, called Tamarixia radiata, to combat huanglongbing disease, or HLB, widely regarded as the world's most devastating citrus disease. This disease is commonly known as "citrus greening."

"This has been an amazing program. We're always looking for those novel ideas. For us in California where we need to keep the disease at bay, nothing's off the table," said Victoria Hornbaker, director of the department's citrus pest and disease prevention division.

In Florida, according to USDA data, citrus production has fallen 74% since 2005, when the disease was first discovered in the state. In California, which produces 80% of the nation's fresh citrus, HLB has only been found in residential areas so far, and scientists are using the wasps as biocontrol to prevent the disease from spreading to commercial orchards.

This project — using wasps to control the spread of HLB — is a decade in the making.

Around 2011, the flea-sized wasps were imported to California and kept in a quarantine environment where scientists performed tests with them for years before releasing them.

Researchers chose to work with the particular type of wasp, Tamarixia radiata, because it is the natural, highly specialized predator of the Asian citrus psyllid, the sap-sucking, invasive insect that causes citrus greening disease.

David Morgan, an entomologist who oversees CDFA's biological control program, said experimentation with the wasps was extensive. Scientists tested the speed of the wasps' life cycle, made sure the insects carried no diseases, could not hurt people or cause any allergic reactions, could survive in California's climate and would not kill any non-targets, including other beneficial insects.

Trade partners Canada and Mexico also had to approve the releases.

The wasps passed the tests, Morgan said, and scientists started releasing small batches in Southern California. This year, researchers are scaling up releases across Santa Clara County and other regions.

So far, researchers say the wasps have been effective at eliminating their targets. The macabre relationship between wasp-predator and psyllid-prey plays out "a lot like the film 'Aliens,'" Morgan said. The wasp lays its egg underneath the host and then the larva hatches out of the egg and eats the host alive.

"It's pretty gruesome, really," said Morgan, who spoke with a British accent.

Morgan grew up in Oxford, England, where he spent his childhood turning over stones looking for insects.

Hornbaker, Morgan's colleague, said the wasp project has also been a success story in terms of bridging the urban-rural divide.

Researchers, she said, have been knocking on the doors of residents statewide, asking homeowners if they can release beneficial wasps on their backyard citrus trees.

"It's an amazing partnership between scientists, residents and growers," said Hornbaker. "I think it just resonates with folks. Citrus is part of our state's heritage and environment."