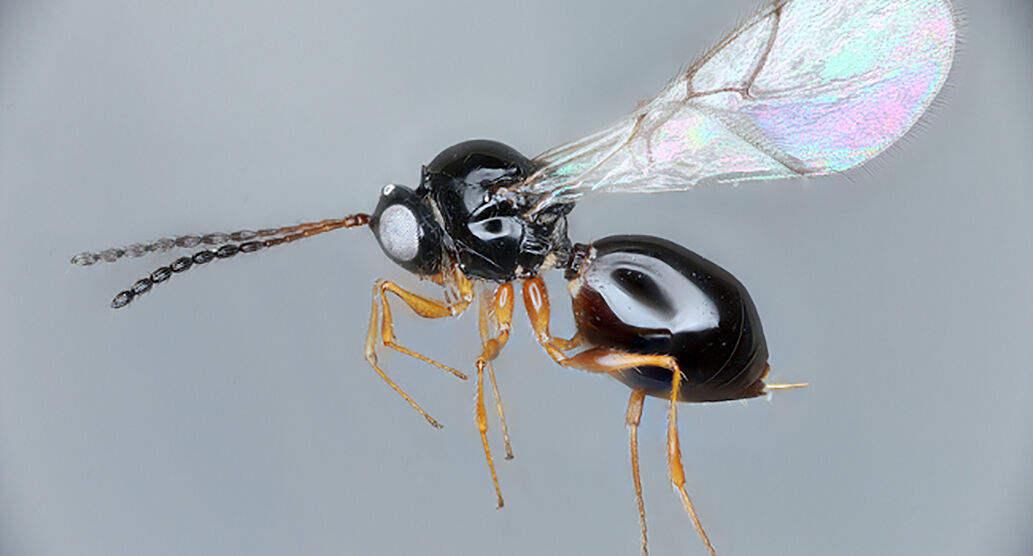 Leptopilina japonica, which preys on the pest spotted wing drosophila, was found in traps set for the Asian giant hornet in northwest Washington state. 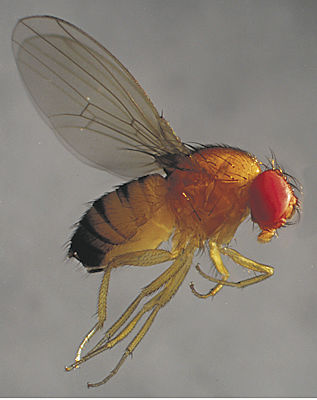 The intensive hunt for Asian giant hornets has inadvertently confirmed that a natural enemy of the destructive fruit fly spotted wing drosophila has come to northwest Washington.

Unlike the fearsome giant hornet, the wasp Leptopilina japonica is welcomed by entomologists. In Asia, it preys on SWD, an insect that attacks healthy fruit.

At least one Leptopilina specimen was caught this year in Whatcom County, in a trap baited with orange juice and rice wine. The traps, set for giant hornets, drowned a melange of bugs, including millions of tiny SWD.

The discovery of a Leptopilina potentially re-energizes using the parasitoid to control SWD in the U.S. Washington State University entomologist Elizabeth “Betsy” Beers said she hopes the wasp can be captured, reared and released.

The USDA estimates SWD costs farmers $550 million a year. Unlike other fruit flies, they don’t wait for fruit to spoil. They attack prime, growing fruit, slitting open the skin and laying eggs.

Wasps native to the Northwest aren’t much of a threat to SWD. So for several years, entomologists have researched whether to import Asian wasps to control SWD.

The USDA has not approved Leptopilina for release. Now that it has been found here, University of California entomologist Kent Daane said he will petition the USDA to allow the wasp to be moved around the U.S.

Research shows it can be done safely, he said. “They do not attack any beneficial flies.”

Another Asian wasp, Ganaspis brasiliensis, has been approved for release by the North American Plant Protection Organization.

Ganaspis and Leptopilina can co-exist and be a good combination, more effective than one working alone, Daane said. “I think it probably would be better.”

Growers now battle SWD with pesticides. Natural predators could be released in adjoining and unsprayed fields as a perimeter defense, Beers said.

The Whatcom County detection was not a surprise. Leptopilina wasps were found in a raspberry field in July 2019 in Agassiz, British Columbia, about 60 miles east of Vancouver.

Researchers looked for more and found the insect was “remarkably common” in southwest British Columbia, according to a paper produced by Canadian scientists.

About 90% of the red raspberries grown for processing in the U.S. come from the Lynden area.

At Beers’ suggested, the state agriculture department set aside specimens caught in giant hornet traps that resembled wasps in the Leptopilina family.

The department sent a specimen to a USDA laboratory in Washington, D.C., for positive identification.

The department still has thousands of trap contents to sort, department entomologist Chris Looney said. “I think there will be many, many (Leptopilina) specimens,” he said.

”It’s not really surprising,” Looney said. “If they are in Langley, there’s no reason they shouldn’t be in Lynden.”

The wasp, along with its prey, could have been in the Northwest for awhile, Looney said.

”It’s entirely possible they could have gone overlooked,” he said. “It’s really easy to overlook a thing a few millimeters long.”

Coronavirus restrictions this year hindered following up the discovery of Leptopilina in Whatcom County. One has not been found east of the Cascades in Washington’s tree fruit orchards.

”We need to see if it leaped to the dry side,” Beers said.

”We’re certainly more interested in catching them alive than dead,” she said. “Once they’re dead, they can’t reproduce.”