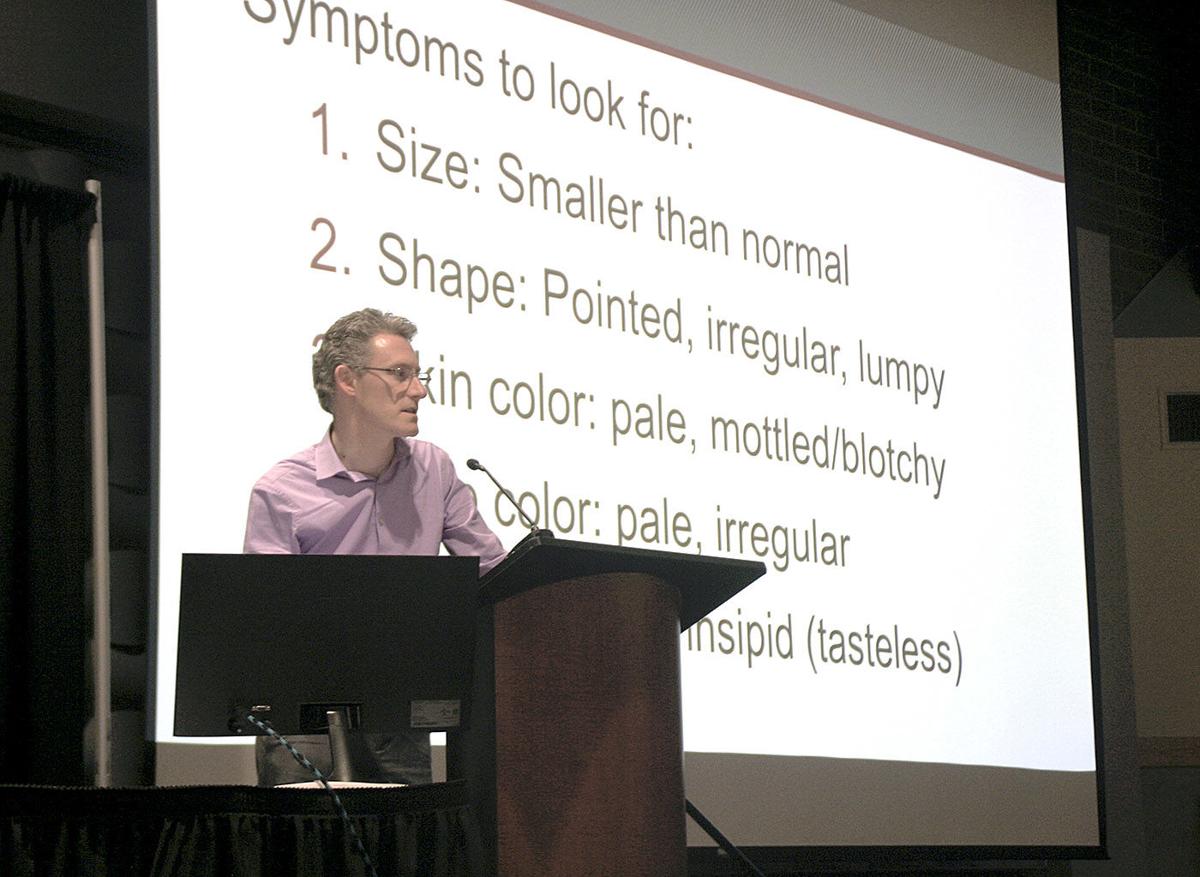 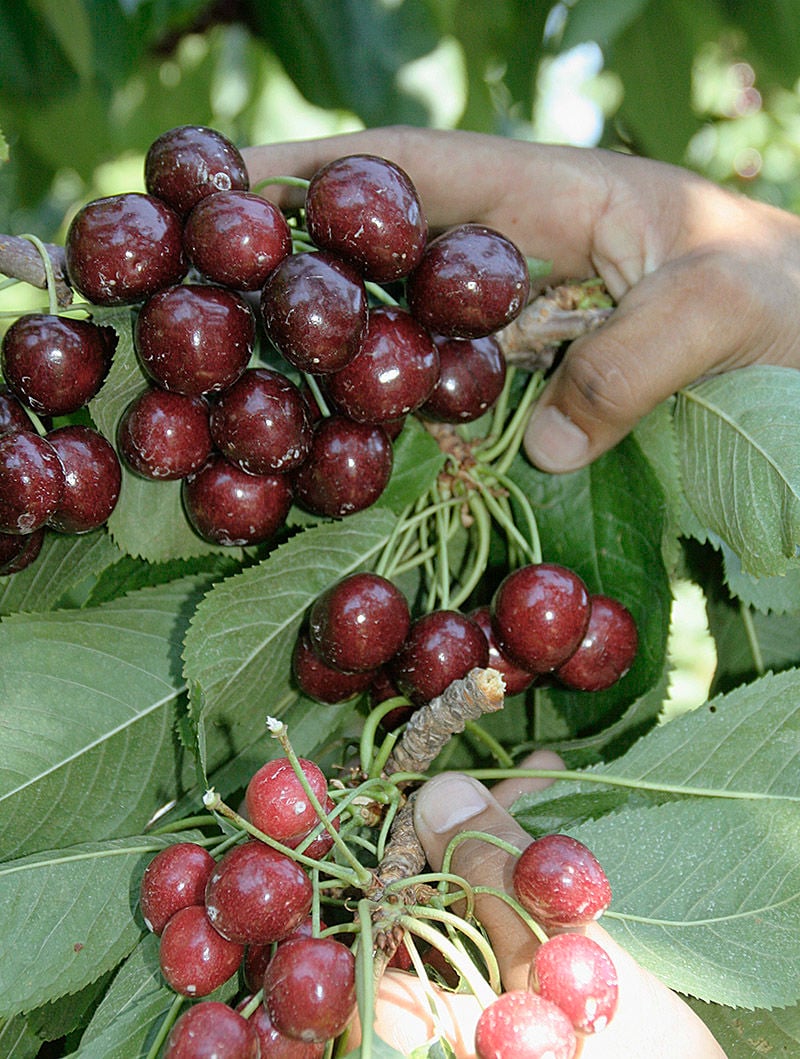 Good Sweetheart cherries on top with a cluster of smaller, lighter ones on the bottom that have Little Cherry Disease in July 2014 at Kyle Mathison Orchards on Wenatchee Heights, Wash.

WENATCHEE, Wash. — Cherry growers in Washington and northern Oregon should aggressively remove trees infected with Little Cherry Disease or they could lose in the industry, a Washington State University scientist says.

“If you are not scared, you should be. There’s a lot of pathogen out there. You can’t spray it all away. It’s spreading and spreading fast. It could kill the industry,” Scott Harper warned growers Jan. 29 at the WSU Northcentral Washington Stone Fruit Day in Wenatchee.

Harper is a virologist and has been director of Clean Plant Center Northwest at the WSU Irrigated Agriculture Research and Extension Center in Prosser since 2017.

He previously worked on citrus greening in Florida that, he said, is very similar and cut production by two-thirds because growers didn’t remove infected trees fast enough.

LCD has no cure and robs trees of energy, reduces production and results in small fruit that’s unmarketable.

Wet, cool springs may have contributed to V-2 surfacing in the Wenatchee area in 2009 after a nearly 80-year dormancy. Efforts to combat it have been effective and just 3% of samples tested positive in 2019, Harper said. V-1 is present but not spreading, he said.

But Western X, rampant in the Yakima Valley in recent years, last year spread north and now is epidemic from Hood River, Ore., to the Canadian border, Harper said.

“You would be hard-pressed to find a cherry orchard anywhere in the state without Western X within 10 miles of it,” he said.

Laboratory testing of 7,000 samples of limbs and leaves in 2019 showed 48% positive for Western X, a sharp increase from previous years, he said.

“We’re losing the battle of managing it right now. Removing one tree at a time works for V-2 but not Western X. We need to get ahead of it and be aggressive in tree removal. If you have more than 20% of trees infected in a block, you might as well remove the whole block,” Harper said.

Tobin Northfield, entomologist at the WSU Tree Fruit Research and Extension Center in Wenatchee, said Western X is mostly transmitted by leafhoppers in August and September and that it takes a month for the pathogen to move through a leafhopper’s gut and into its blood to be transmittable. It eventually kills the leafhopper.

“Little Cherry Disease is slowing our overall crop growth but we still have plenty of tonnage to meet demand,” said B.J. Thurlby, president of Northwest Cherry Growers, the industry’s promotional arm in Yakima.

“Northern growers had a win in 2019 with returns above costs of production which they had been struggling with,” Thurlby said. “Fruit was great. Demand was good.”

The 2019 season was one of the best in many years with good weather, quality, demand and pricing that stayed strong through July when it normally declines.

Thurlby said 23 million seems to be the new norm. He said 2020 is supposed to bring a weak La Nina pattern of hotter and wetter summer weather, “which we don’t like at all.”

Rain is the bane of cherry growers right before harvest, especially when accompanied by heat causing water-soaked cherries to swell and split, rendering them unmarketable.