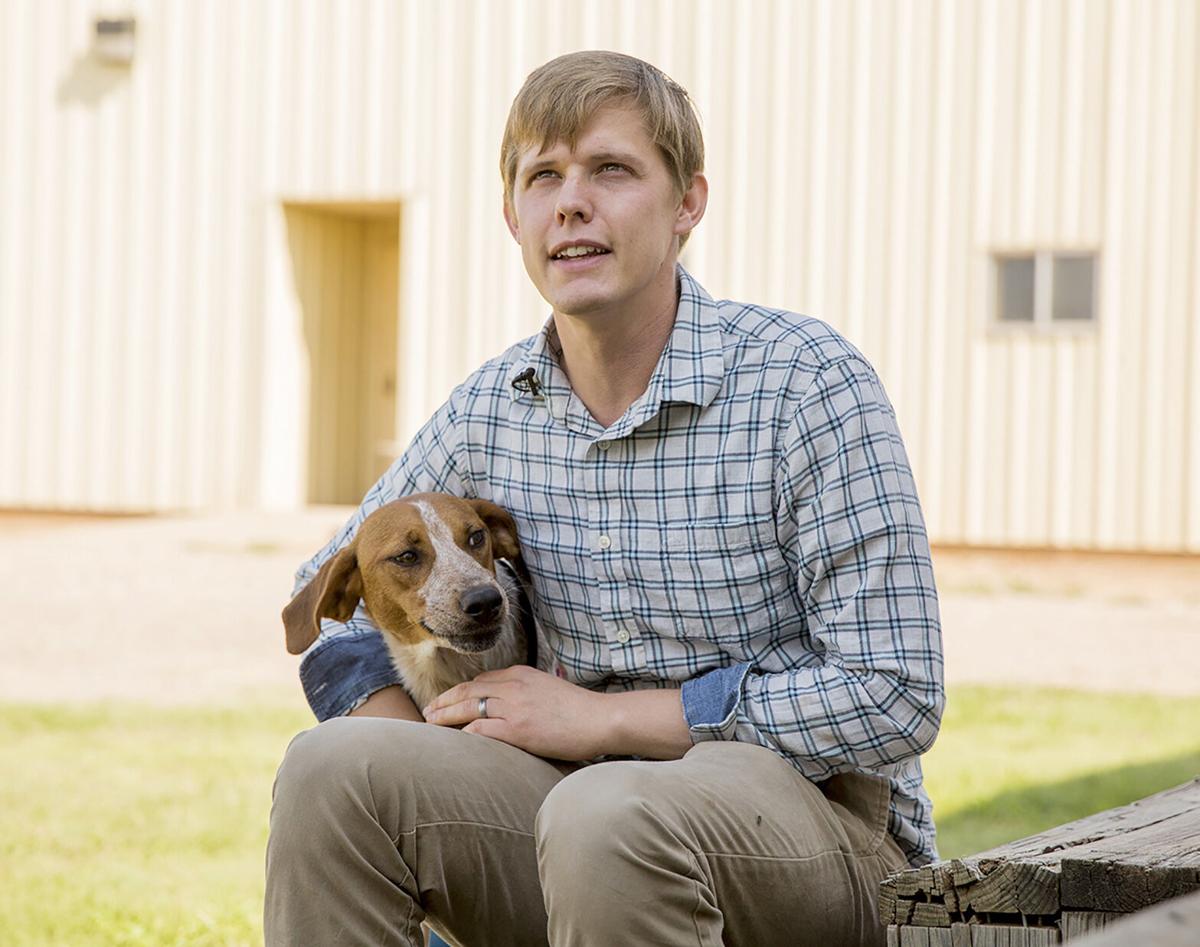 Nathan Hall said he hopes that detection dogs will eventually be able to save farmers many millions of dollars annually by sniffing out agricultural pests and pathogens before they spread. 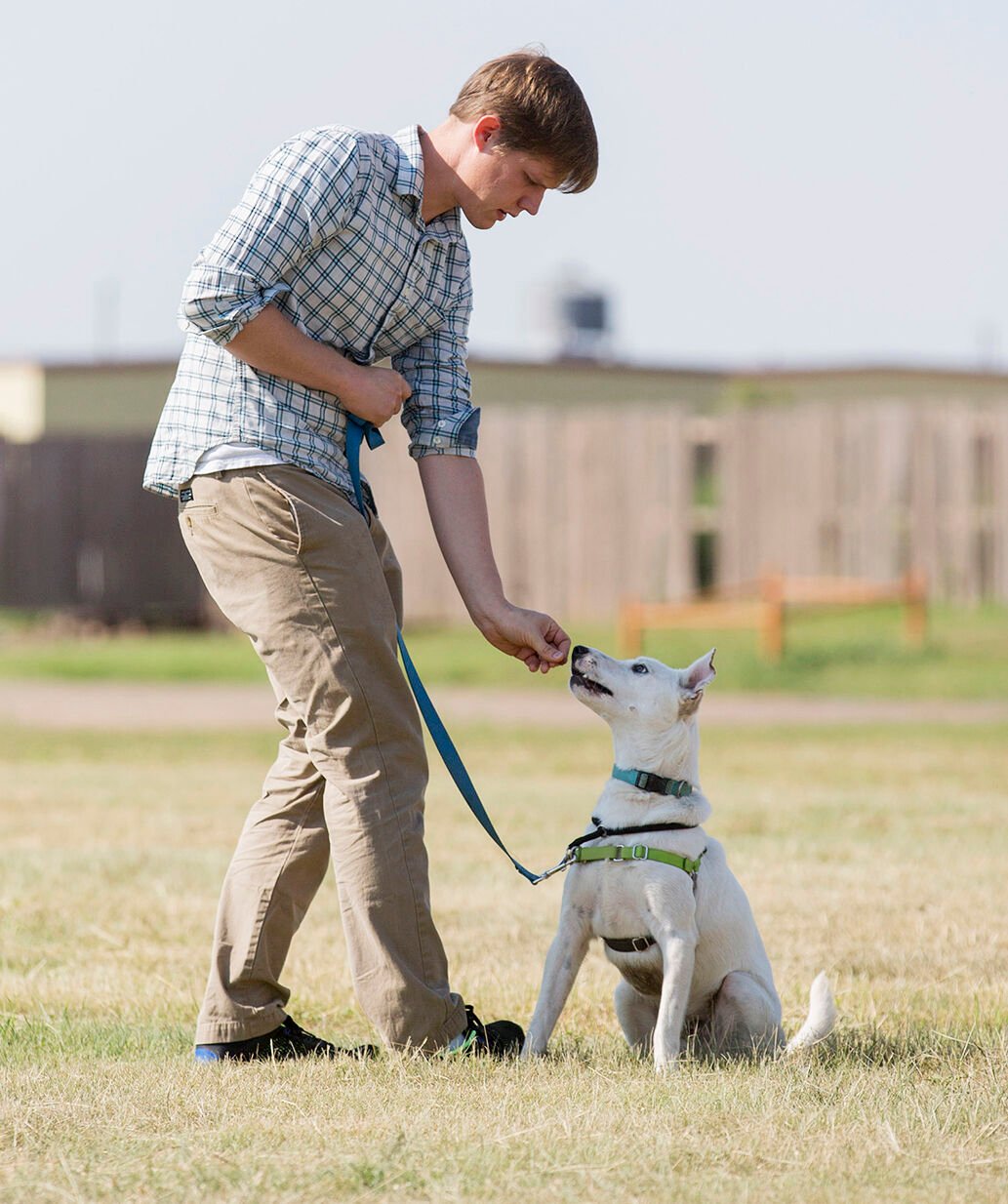 Nathan Hall with a detection dog. 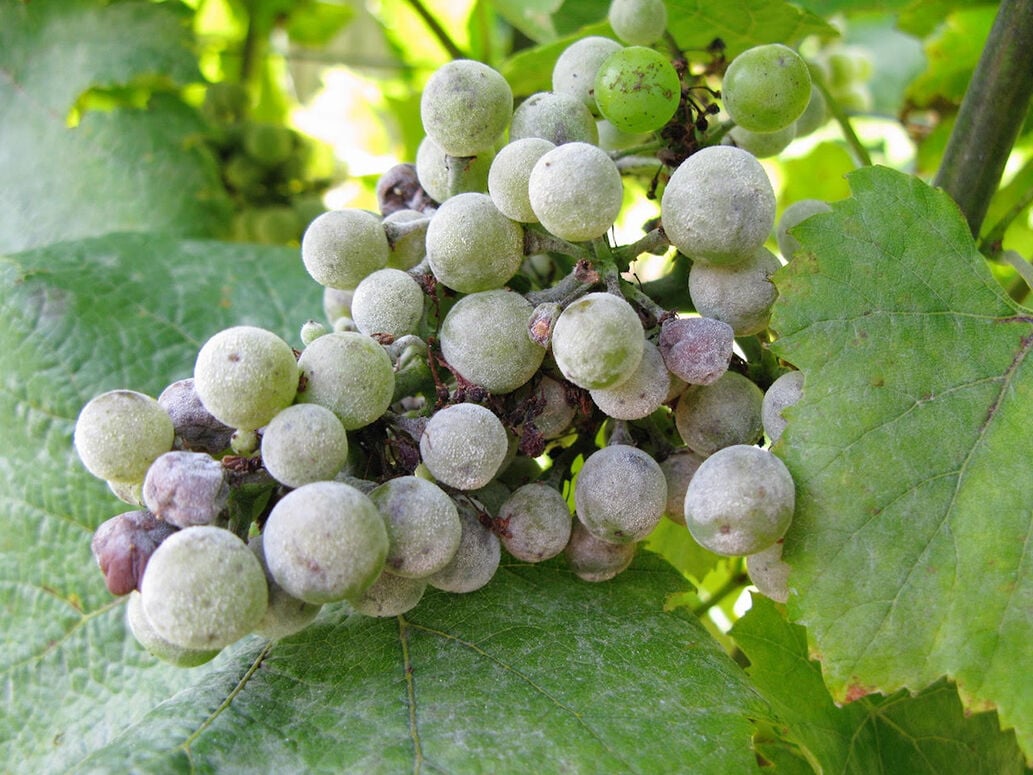 A cluster of wine grapes infected with powdery mildew. Researchers say the project they’re starting with detection dogs could potentially turn into an “amazing” tool for the wine industry to address powdery mildew.

Nathan Hall said he hopes that detection dogs will eventually be able to save farmers many millions of dollars annually by sniffing out agricultural pests and pathogens before they spread.

Nathan Hall with a detection dog.

A national research team is starting a four-year project that involves training dogs to sniff out pests and pathogens, including spotted lanternfly eggs and powdery mildew.

For decades, people have trained detection dogs to sniff out criminals, drugs, explosives and diseases. Now, with a $475,000 Agriculture and Food Research Initiative grant, researchers are studying whether dogs can detect agricultural pests and pathogens.

Detection dogs have been used in agriculture before — to recognize citrus greening disease, for example — but only on a small scale.

"We're not going to be breed-specific," said Hall.

He said all breeds have excellent noses. The question is not whether a dog can detect scents, but whether it wants to. Some breeds, and specific dogs within breeds, are more motivated.

In one experiment with a pug, German shepherd and greyhound, the pug performed best.

"The winner by far was the pug, which shocked us," he said.

Another misconception about scent work is that it's work. In fact, canine experts say, dogs appear to think of scent detection as a game.

In phase one of experimentation, Nita, the plant pathologist, will supply Hall with spotted lanternfly eggs and vineyard clippings inoculated with powdery mildew.

In the lab, Hall will train dogs to recognize each scent. Like teaching a dog to roll over, each time the dog does what's expected, it's rewarded.

Erica Feuerbacher, also on the team and assistant professor of applied animal behavior and welfare at Virginia Tech, said researchers will test dogs' limitations. For example, they'll test how soon after inoculation and from how far away a dog can recognize scent.

Phase two will take place in farmers' fields. The researchers will partner with the National Association of Canine Scent Work, an organization that teaches members, both professionals and amateurs, how to scent-train.

According to Amy Herot, co-founder of NACSW, the organization has about 25,000 registered dogs.

"I think dogs' skills are underappreciated and underutilized," said Herot.

If the project is successful, the researchers say they'll create curriculum and certification tests.

Eventually, Hall envisions some people becoming dog entrepreneurs farms can hire; he also expects some farmers will train their own dogs. Feurerbacher said she hopes to see nonprofits and volunteer groups.

The researchers are starting with spotted lanternfly eggs and powdery mildew, but they hope this will be replicable for other crop threats.

"We have high hopes for it, but we still don't know. We're just doing proof of concept at this point, but I think there's a lot of potential," said Nita, the plant expert.