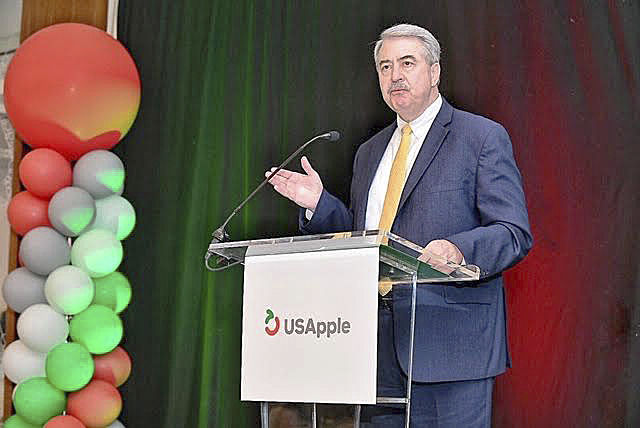 Ted McKinney, USDA under secretary of Trade and Foreign Agricultural Affairs, addresses growers at U.S. Apple Association's annual outlook conference in Chicago on Aug. 23. He says it's not time to let up in trade wars. 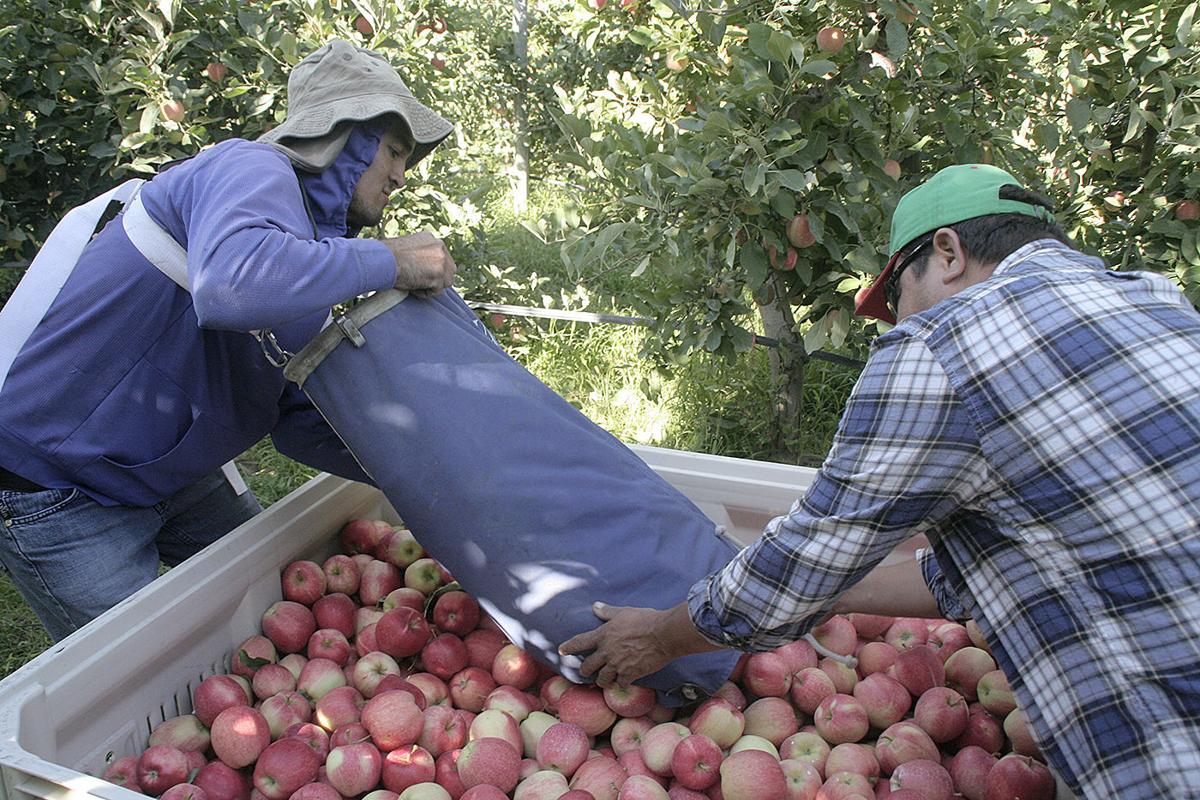 Ted McKinney, USDA under secretary of Trade and Foreign Agricultural Affairs, addresses growers at U.S. Apple Association's annual outlook conference in Chicago on Aug. 23. He says it's not time to let up in trade wars.

Now is not the time to retreat in the trade war, a high-ranking USDA official told apple growers, who are facing a large fall crop and a 27% drop in exports in the past year due to tariffs and trade tensions.

“We want to get trade on a balanced and level field,” Ted McKinney, USDA under secretary for Trade and Foreign Agricultural Affairs, told more than 300 attendees from the U.S. and 17 foreign countries at U.S. Apple Association’s annual crop outlook conference in Chicago on Aug. 23.

“We are making progress toward free trade, but we need to get rid of the tariffs. It is not the time to retreat,” said McKinney, formerly an Indiana farmer and director of the state’s Department of Agriculture.

Trade must be a “two-way street,” and the U.S. Mexico Canada Trade Agreement must be passed, McKinney said.

He also said food production needs to be doubled to meet world population growth from the current 7 billion to 9 billion people by 2050.

U.S. apple exporters face 70% tariffs in India and 50% in China. A 20% tariff in Mexico ended in May. Mexico is the No. 1 export market. India is third and China sixth.

“With exports and income down significantly and a large harvest beginning, these numbers express the dire need to resolve trade conflicts as soon as possible. There is not a day to delay,” said Jim Bair, U.S. Apple president and CEO.

Gala, Red Delicious, Fuji, Honeycrisp and Granny Smith in that order are expected to be the top five varieties by volume, said Mark Seetin, U.S. Apple director of regulatory and industry affairs. Honeycrisp could surpass Fuji in the 2020 crop, he said.

Four of the last six apple crops rank in the top 10 of historical production including the record 2014 crop of 281.3 million boxes, Seetin said. The 2018 crop was 67% fresh market and 33% processing.

The association selected Jeff Colombini, a third-generation California grower and president of Lodi Farming Inc., as board chairman for the next year. He succeeds Kaari Stannard, owner of New York Apple Sales, Glenmont, N.Y.