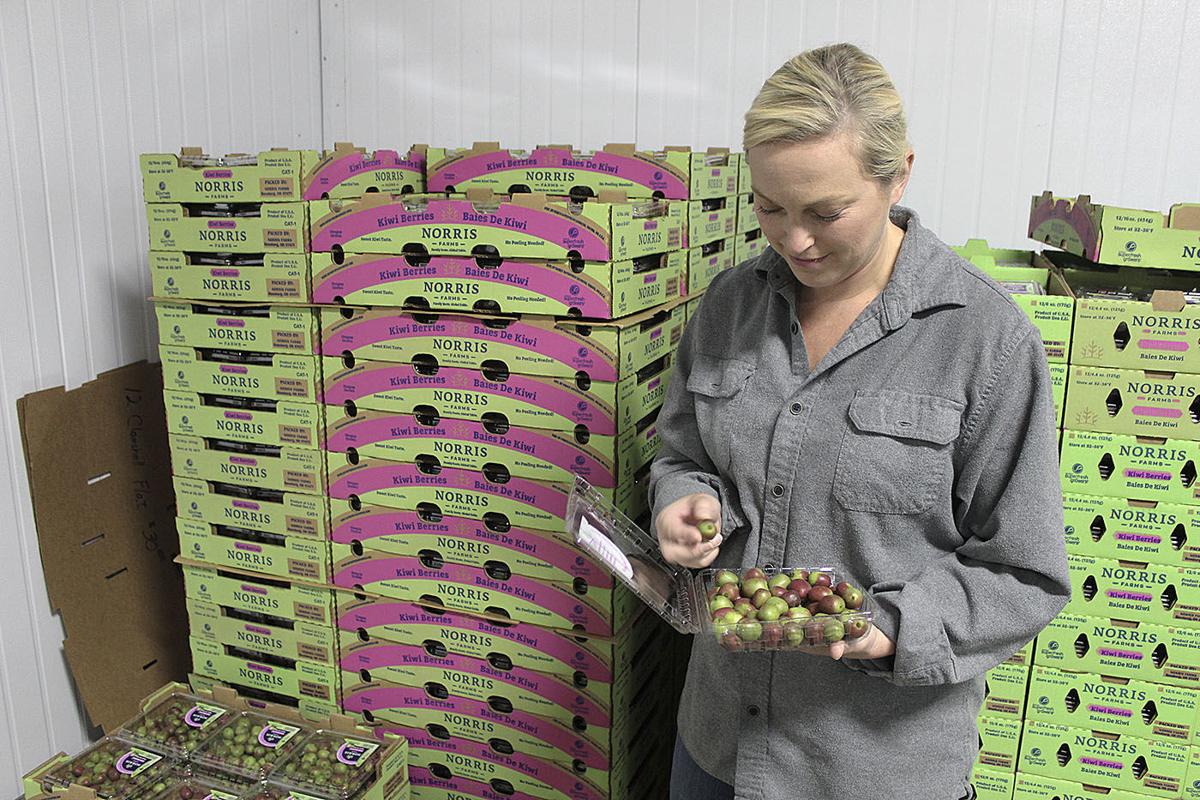 Ellie Norris, co-owner of Norris Farms in Douglas County, Ore., checks on the quality and ripeness of kiwi berries prior to shipping. 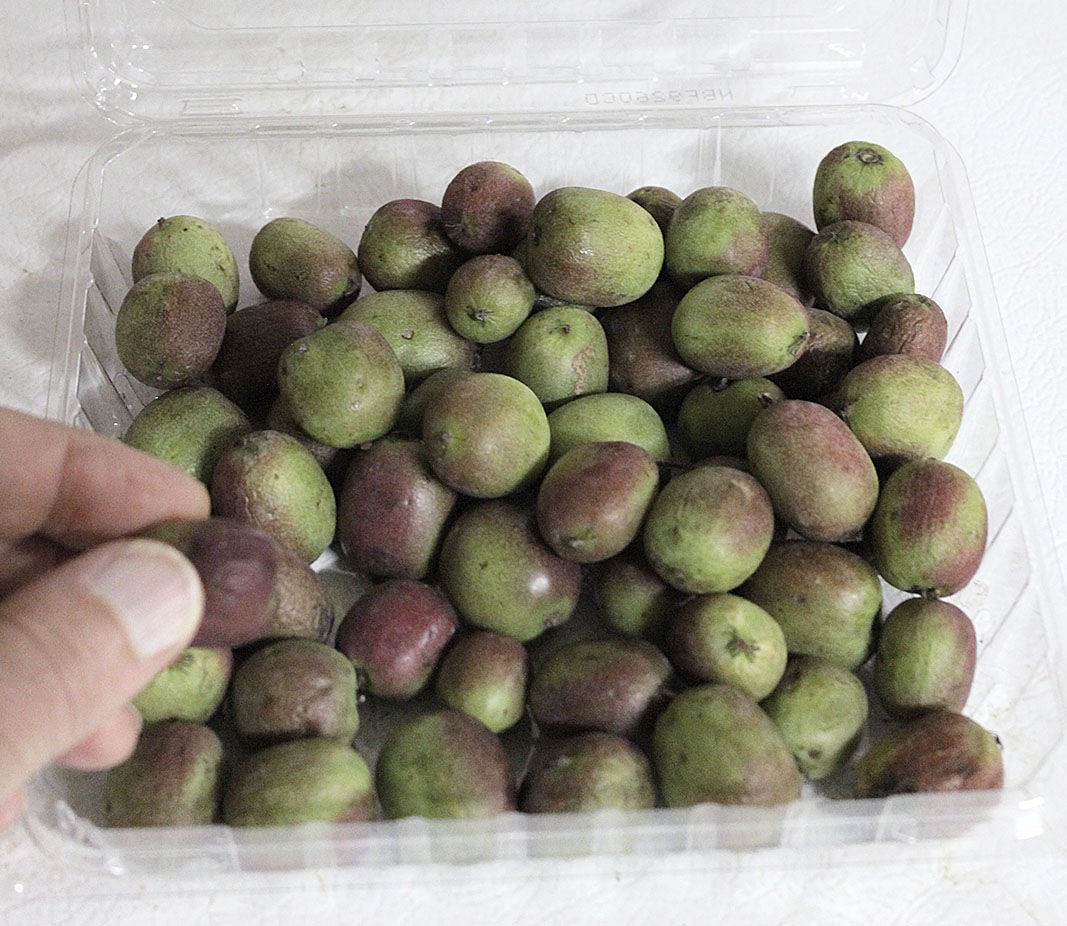 The kiwi berry has a smooth, edible skin that is more convenient for eating than the bigger, fuzzy variety of kiwi because there is no peeling involved. The berry is hard when picked, but softens as it ripens.

ROSEBURG, Ore. — Western Oregon’s few hardy kiwi berry growers have raised a bumper crop of the fruit this year. The 2019 volume is three to four times greater than the past couple of years.

But with that good news comes the issue of scrambling to find enough markets for the berry that is relatively unknown to many consumers.

“The crop size surprised us a little bit,” admitted Ryan Cleary, an account manager in the sales division of Domex Superfresh Growers in Yakima, Wash.

Domex is marketing the kiwi berries grown by Norris Farms near Riddle, Ore.

“There are various markets in the U.S. and around the world,” Cleary said. “And there are still stones to be turned over out there to develop new markets for this fruit. It’s just a matter of educating consumers about what it is. It’s a cousin to the bigger fuzzy kiwi fruit without the mess of peeling. Just eat it like a grape.”

“It’s a fascinating, emerging market,” said Ellie Norris, co-owner of Norris Farms. “The challenge is getting them in front of people for the first time. People who do try them, love them.”

The research that has been done says the kiwi berry is rich in vitamin C, low in fat, cholesterol and sodium, high in fiber and a good source of potassium, vitamin E and magnesium.

Jaysen Weidner, sales manager for HBF International that markets kiwi berries for Hurst Berry Farms of McMinnville, Ore., agreed that many consumers remain unfamiliar with the fruit. He added, however, that there are markets for the fruit across the U.S. and some in Asia.

“When people have tried them, I’ve never had anyone say they didn’t like them,” Weidner said. “There’s a convenience for the kiwi berry compared to the fuzzy kiwi. Just pop it in your mouth and eat it. They have a smooth, edible skin. The softer the berry, the sweeter the flavor.”

Will Ratto of Aurora, Ore., has 2 acres of kiwi berries. He sells his crop directly to New Seasons stores in the Portland area. To help educate consumers about the berry, Ratto adds a free half flat of the fruit with each of his deliveries so the stores can provide samples to potential consumers.

“I believe in niche markets,” Ratto said. “It’s just a matter of educating the end user so they understand the ripening process and when is the right time to eat the berry.”

On the outside, the berry has a smooth, green-and-red skin. It is the size of an olive or large grape. There is no brown, fuzzy skin to peel as is the case with the larger, better-known kiwis.

The inside of the kiwi berry is exactly the same as the larger fuzzy variety. The fruit is green with tiny black seeds.

It’s estimated there are only about 80 acres of the kiwi berry being grown and harvested in Oregon.

Harvest of the berries in Oregon is from late September to mid-October. After being picked, the berries needed a couple days at room temperature to ripen. They are sweetest when they are soft. After ripening, they can be refrigerated and will remain good up to one to two weeks, or they can be frozen.

In addition to being eaten whole, the berries are popular in smoothies, blended with yogurt and in salads.

“It’s a niche market right now for the berries, but we’re hoping it catches on,” Norris said.

“It’s a challenging sale to the retail sector, but there has been growth even though it’s been slow growth,” Weidner said.