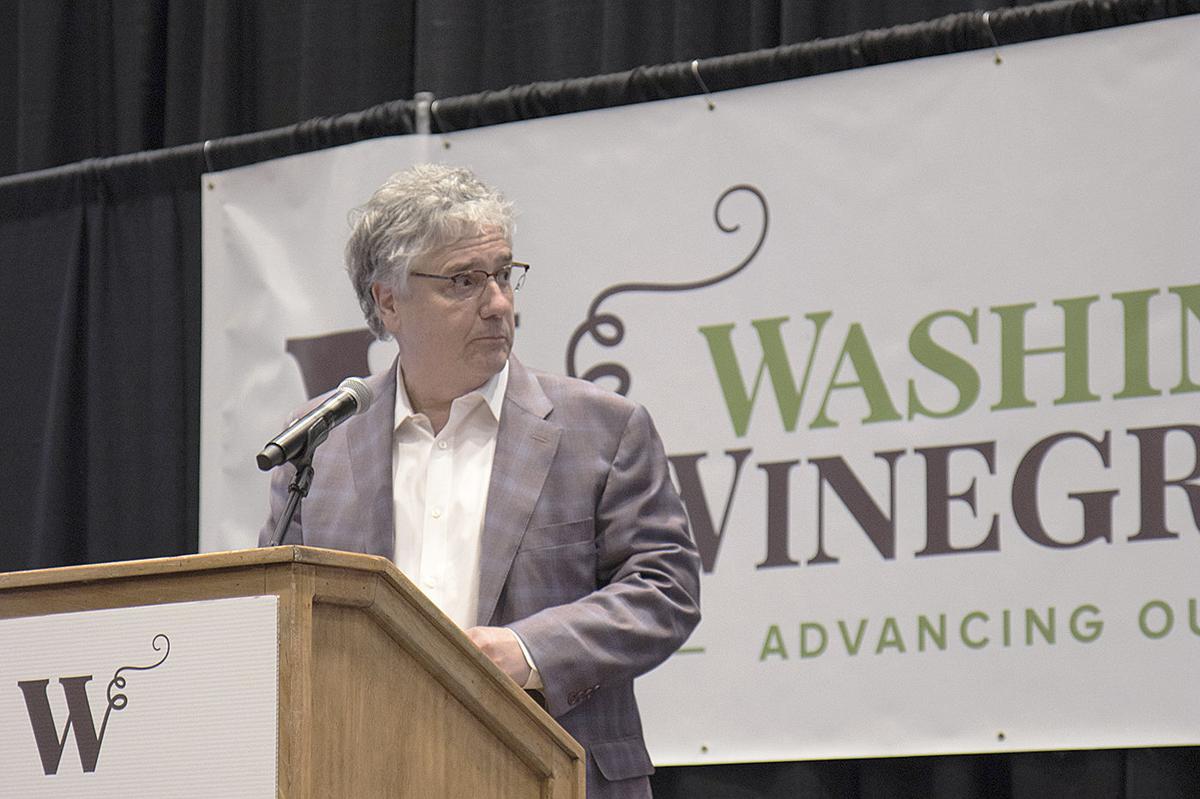 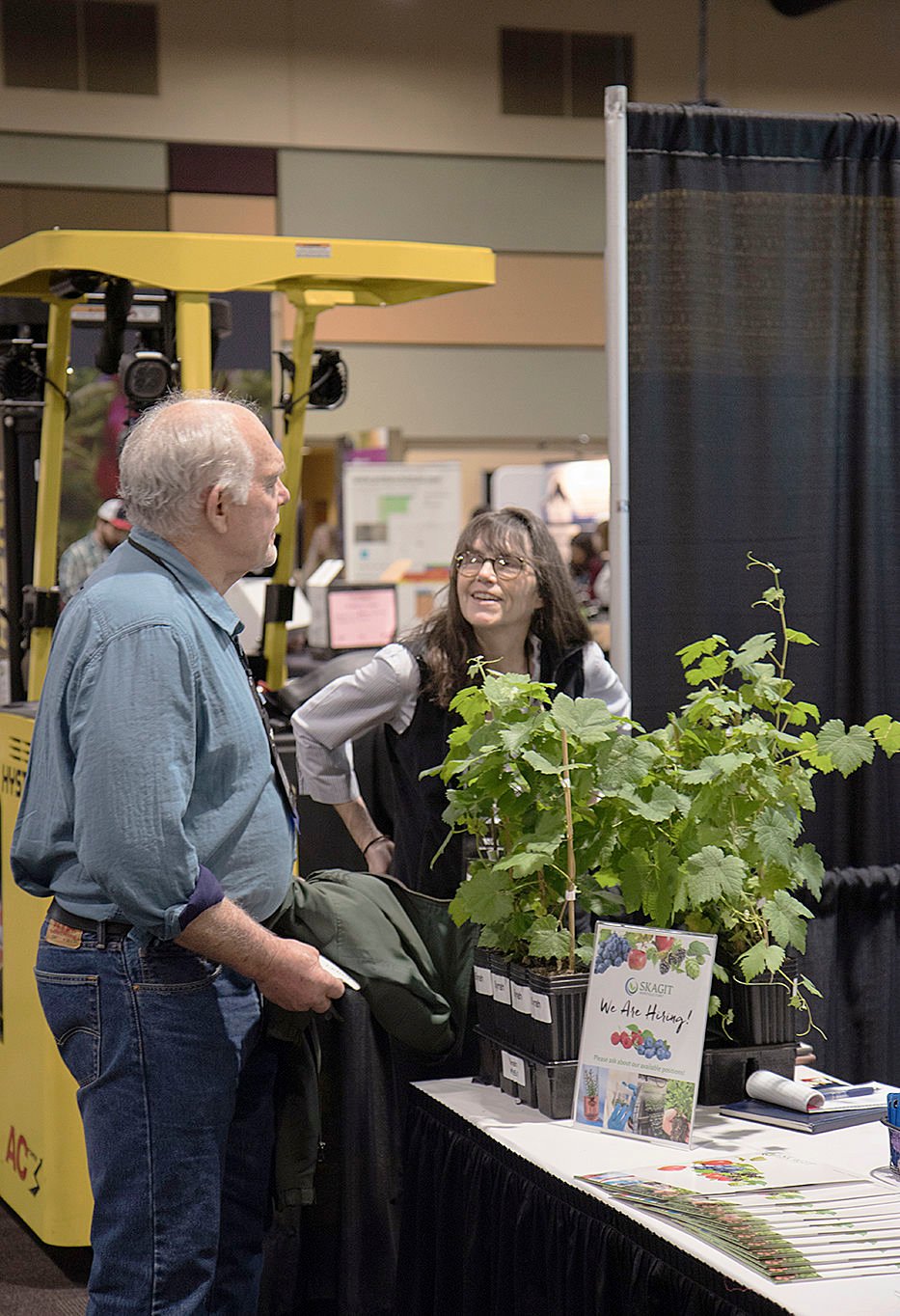 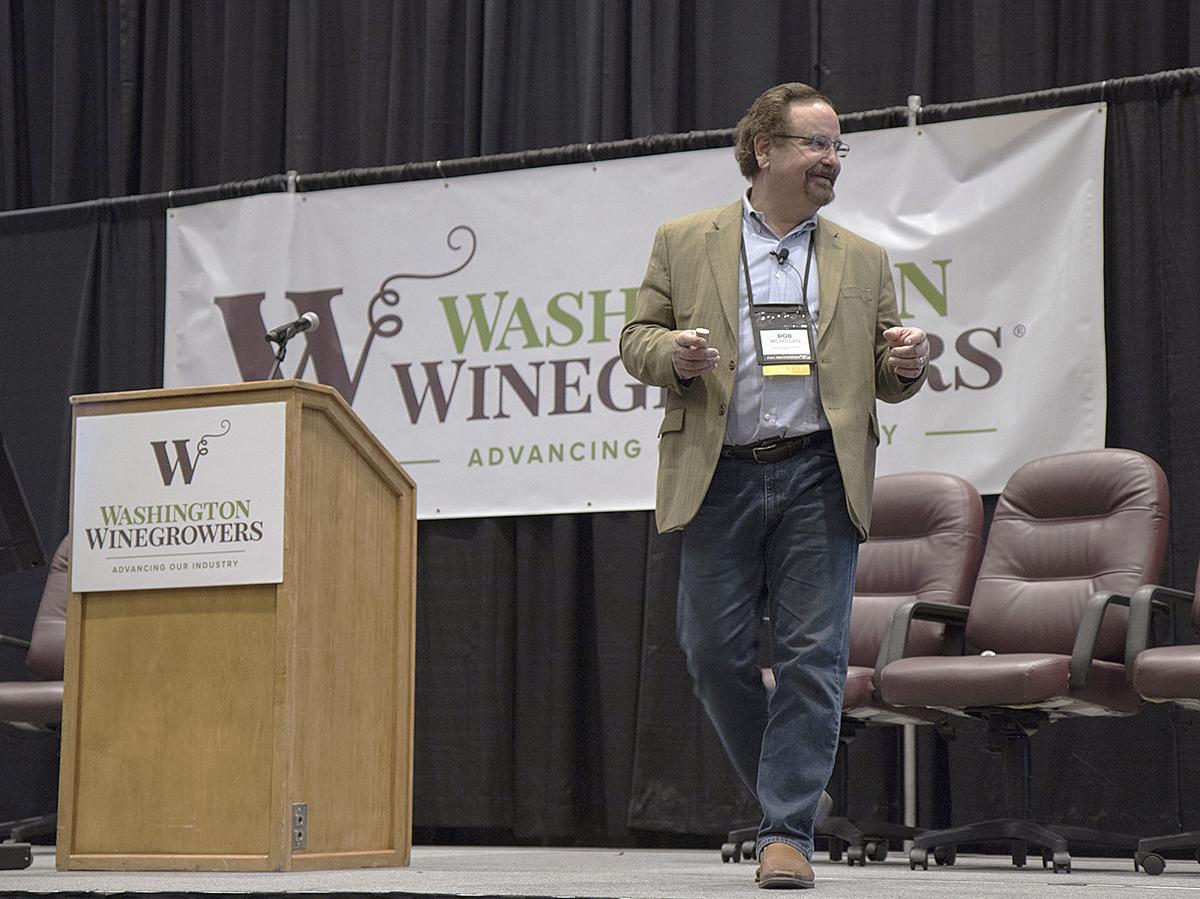 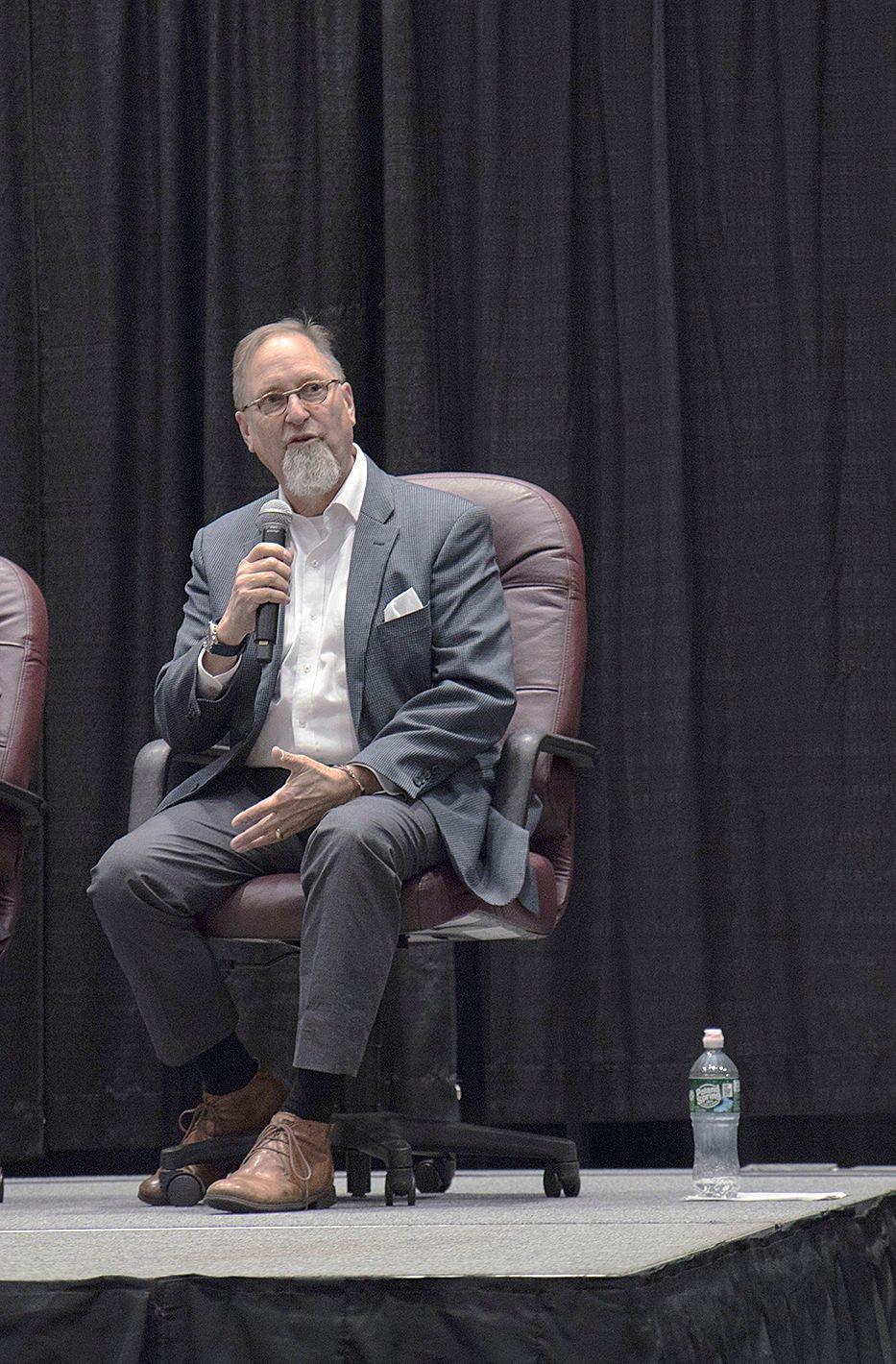 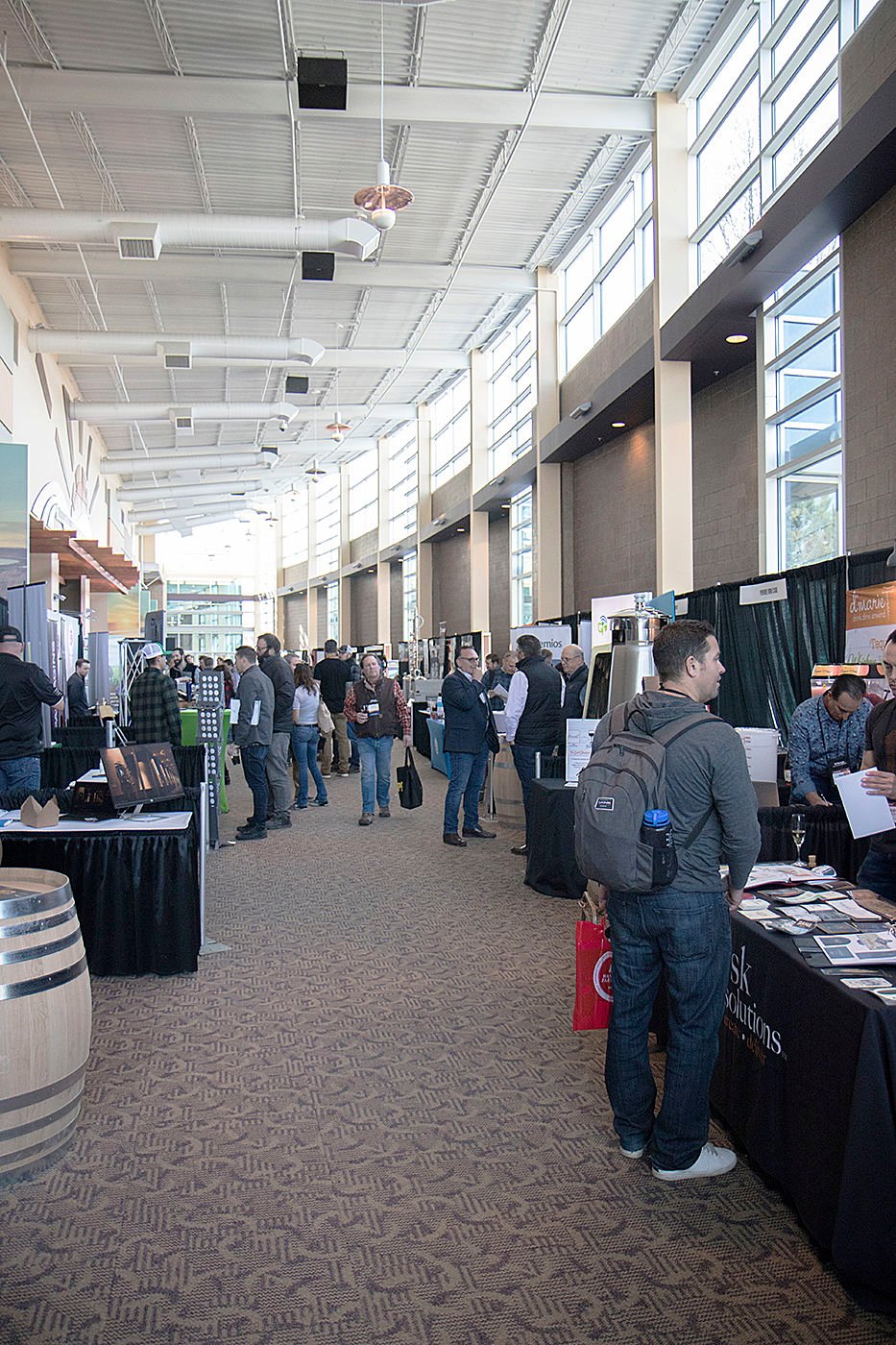 Hundreds of people attend the Washington Winegrowers 2020 Convention and Trade Show. Here, people walk one of the show halls between sessions. 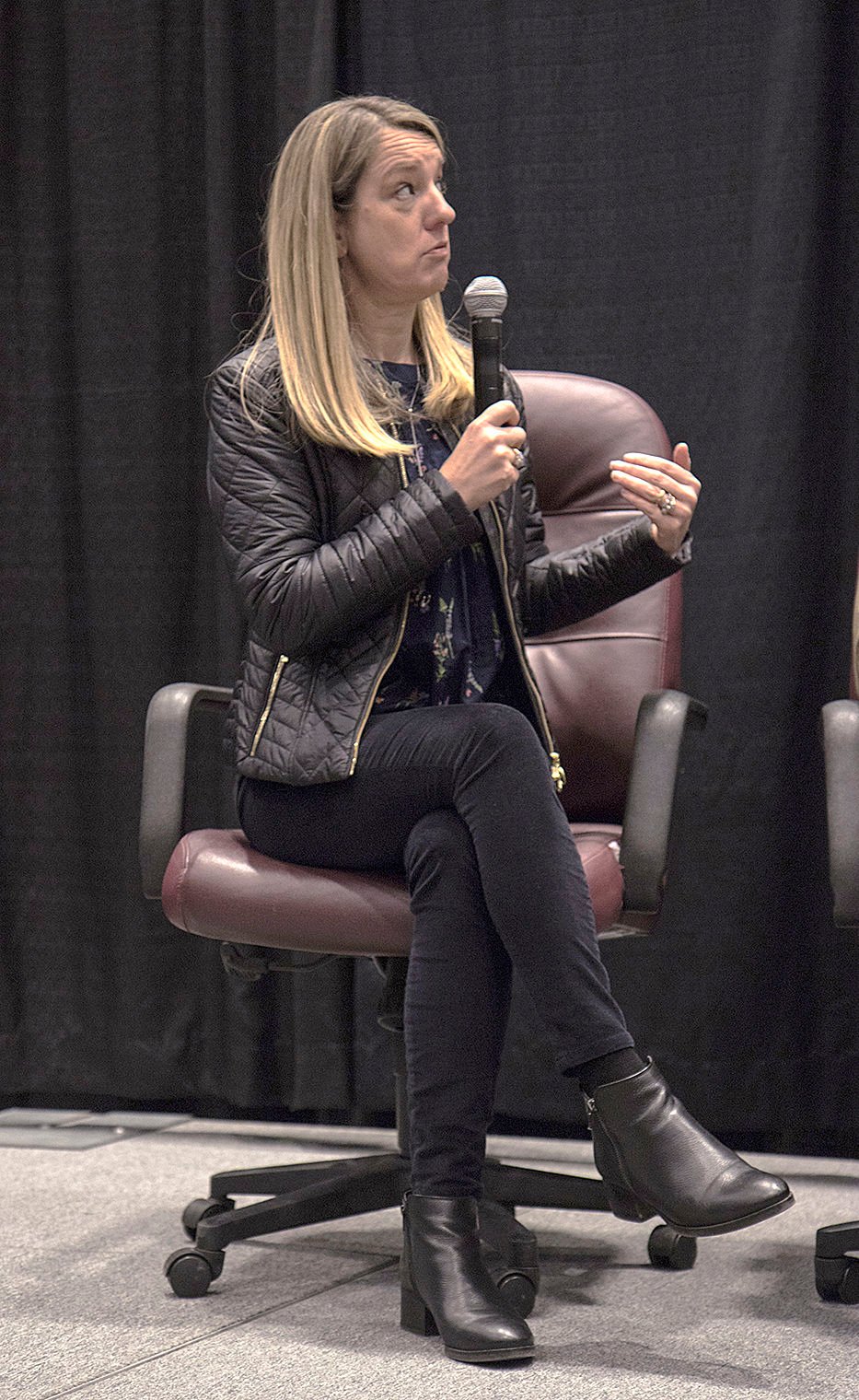 Lulie Halstead, CEO of Wine Intelligence based in London, England, answers questions during a panel session.

Hundreds of people attend the Washington Winegrowers 2020 Convention and Trade Show. Here, people walk one of the show halls between sessions.

KENNEWICK, Wash.—Americans bought less wine in 2019, the first drop in a quarter century, as older consumers drink less and millennials opt for alternatives like hard seltzers and cocktails, according to industry leaders. Winemakers say the industry needs to adapt to younger consumers.

“We have to change our approach to reach younger generations,” said Jim Mortensen, CEO of Ste. Michelle Wine Estates in Woodinville, Wash. “We cannot win a new game with an old game plan.”

Mortensen was speaking to a crowd at the Washington Winegrowers 2020 Convention and Trade Show.

U.S. Census data show about 10,000 Baby Boomers hit age 65 every day. According to Mortensen, although boomers constitute the largest group of wine drinkers—about 41% of wine drinkers in Washington state—they drink less as they age.

McMillan said 50% of discretionary income is controlled by boomers, and high wine prices turn away many young people.

As millennials move further in their careers, money becomes less of an obstacle, but cultural differences remain.

Chris Bitter, wine economist at Vintage Economics, said winemakers don’t understand young consumers partly because they aren’t looking at the data: what, where, why, how and with whom young people are drinking.

According to the Silicon Valley Bank State of the Wine Industry Report, in Washington, 50% of wine businesses don’t look at their consumer data.

And data matter, said Bitter, because culture varies from generation to generation.

Data McMillan has collected show the main support group for an average boomer is family; for a millennial, it’s friends. Millennials are more likely than boomers to drink in occasion-driven contexts, like parties and trips. They’re also more likely to be health-conscious and to expect businesses to be “green” and responsible.

“If you don’t make strategic decisions based on data and analysis,” said Bitter, “you won’t adapt with this market and you’ll fall behind.”

McMillan said the alcohol scene has changed dramatically since the 1990s.

“In 1994, when wine took off, it was a different time,” he said. “Beer sucked, and we didn’t have elaborate craft beverages the way we do now. Wine was the only great alcohol. That’s just not true anymore. Now we’ve got competition.”

More and more young consumers are opting for hard seltzer as their drink of choice.

And the seltzer industry isn’t afraid to bash winemakers. Truly, a popular seltzer brand, depicts a man dumping wine down a sink drain.

“The irony is that young generations are focused on healthy food and drinks,” said Lulie Halstead, CEO of Wine Intelligence, a wine consumer research organization in London, England. “But there’s this disconnect. They’re forgetting that the hard seltzer stuff usually has artificial sweeteners and flavors.”

Halstead said if winemakers want to compete, they need to revitalize their serving containers, offer more single-serve and portable options, draw in consumers with fun product names and sparkling varieties—and be clearer in their messaging about health.

According to McMillan’s research, 63% of U.S. wine consumers cite “health reasons” for their decision to consume less wine.

According to Halstead’s consumer research, young people across the U.S.—and even higher numbers in the Pacific Northwest—are more likely to buy a product if it’s local, natural and environmentally safe. To compete in today’s market, said Halstead, winemakers need to be more strategic with labeling.

According to Halstead’s surveys, 51% of wine consumers would consider purchasing organic wine—which she said most consumers consider healthier, whether or not that is actually the case.

Almost 50% of consumers say they would choose wine labeled “sustainably produced” or “environmentally friendly,” even though those terms have no technical legal definition. Lesser-known terms, like “biodynamic,” are less likely to be chosen.

But some things never change. Winemaker Mortensen said buyers still want a high-quality wine, regardless of their age. Halstead added that the most-selected wine label is “award-winning.” In every generation, people want a reliable product that tastes good.

“When I was 21 and tasted really good wine for the first time, I got stars in my eyes and lost my mind,” said winemaker Frost. “I hope we can give more young people that experience.”

An earlier version of this story misspelled Rob McMillan as Rob McMillian.