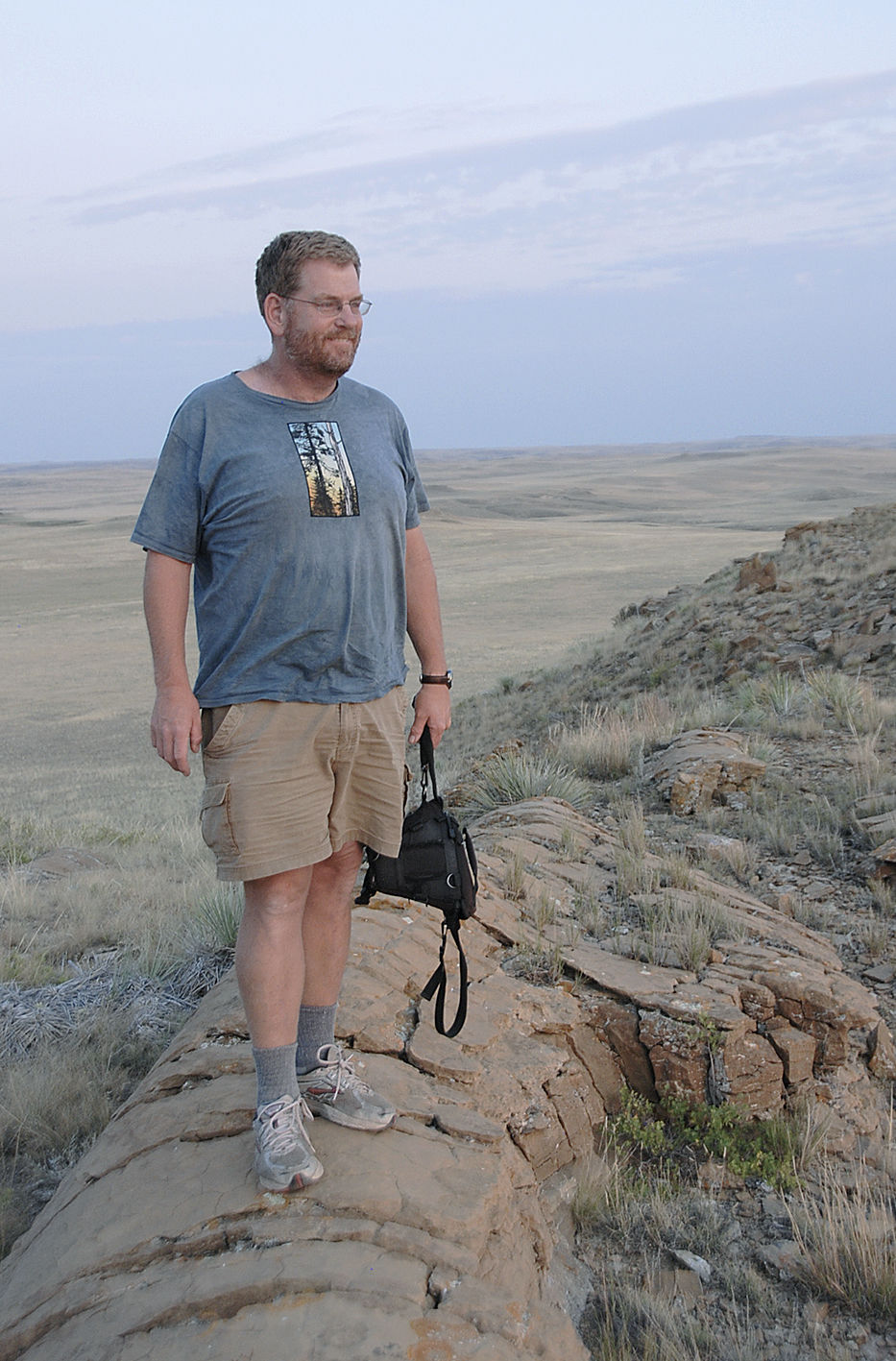 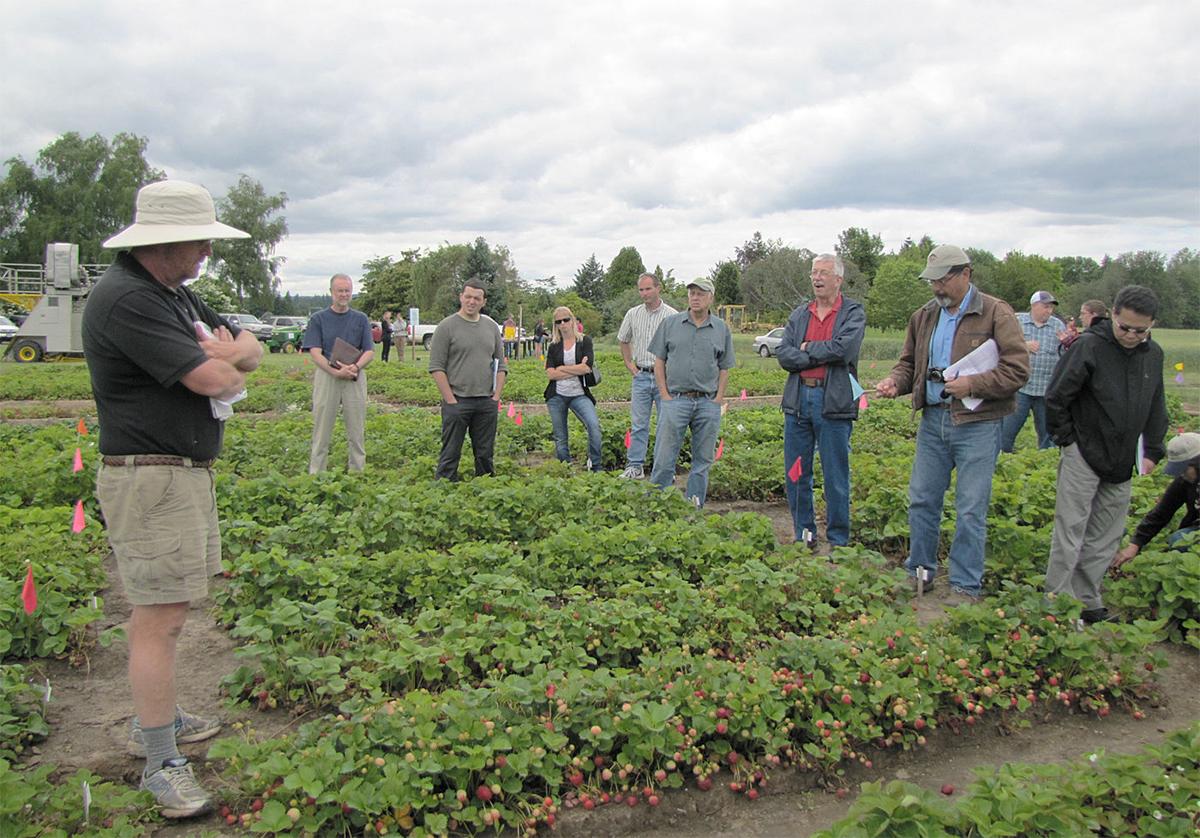 CORVALLIS, Ore. — To friends and family, Chad Finn was a “plant geek” with a bear hug strong enough to break ribs.

To berry farmers across the Northwest, Finn was an influential figure who helped shape the industry for years to come — whether they knew him or not.

Finn, who spent the last 26 years developing new blackberry, raspberry, blueberry and strawberry varieties for the USDA Agricultural Research Service in Corvallis, Ore., died Dec. 17 following an accident while on vacation in Hawaii. He was 57.

Over his career, Finn released or co-released 51 berry cultivars and was widely recognized as a leading authority on small fruit crops. Colleagues say he led what was probably the most diverse berry breeding program in the world, creating several varieties that have become industry standards.

Bob Martin, research leader and Finn’s boss at the USDA-ARS, said Finn will be remembered for his wisdom, happiness and infectious laughter.

“Throughout his life, Chad has shown us that the process of doing research in horticulture can be (and should be) exciting and a lot of fun,” Martin said. “He always lived his life to the fullest and understood that it is a journey, and one needs to enjoy every step along the way.”

Growing up in Potomac, Md., near Washington, D.C., Finn was interested in plants from an early age. He took over his family’s vegetable garden by the time he was 10, and a few years later had an epiphany about his future while perusing a copy of the Burpee Seed Co. catalog.

Finn went on to earn a doctorate in horticulture from the University of Minnesota in 1989, with a minor in plant breeding. From there, he joined the University of Missouri as a state fruit extension specialist, working with both home gardeners and commercial growers.

Then in 1993, Finn landed his dream job in Oregon as a berry breeder for the USDA-ARS.

Among his accomplishments, Finn revolutionized the Northwest blackberry industry with his development of two thorn-less varieties, Black Diamond and Columbia Star, that are highly sought after by food processors. He also developed the popular strawberry cultivar “Tillamook,” and miniature blueberries aptly named “MiniBlues.”

“Chad would likely say that his most important contributions are those that have had an impact on the berry growing community,” Martin said.

One of Finn’s closest collaborators, Bernadine Strik, extension berry crops specialist for Oregon State University, described Finn as “the kind of colleague you dream about — one who is very passionate about his job, hard-working, giving, fair, innovative and productive.”

“Chad cares about the industry and wants to make a difference,” Strik wrote about her friend in 2014. “The cultivars he has released are making a real difference to growers in the Pacific Northwest and beyond. He has made a very large impact in a relatively short period of time.”

Strik added that Finn “does his job with a sense of humor and no matter what the circumstances he makes people feel at ease.”

Internationally, Finn received over 50 invitations from around the world to speak about berry breeding. He hosted visiting scientists from countries such as Argentina, Australia, Canada, Chile, China, France, Germany, Japan, Mexico, Russia, South Africa and Spain.

Jorge Retamales, a professor at the Universidad de Talca in Chile, worked with Finn — or “Chadito,” as he was called there — for more than two decades, and jointly wrote several articles for scientific journals. Retamales wrote that Finn was a sound scientist with infectious joy and enthusiasm.

“I feel blessed for having Chad as a counterpart and friend,” Retamales said. “He has been a light that shines very brightly and leads us to excellent and enjoyable science (as well as life in general).”

Finn is survived by his wife, Barb, sons Elliott and Ian, sister Beth, and brothers Bart, Dan and Mark. A celebration of life will be held at a future date. Those interested in attending can contact Martin at martinbob456@gmail.com.

Did a restaurant close in your rural community? Tell us.