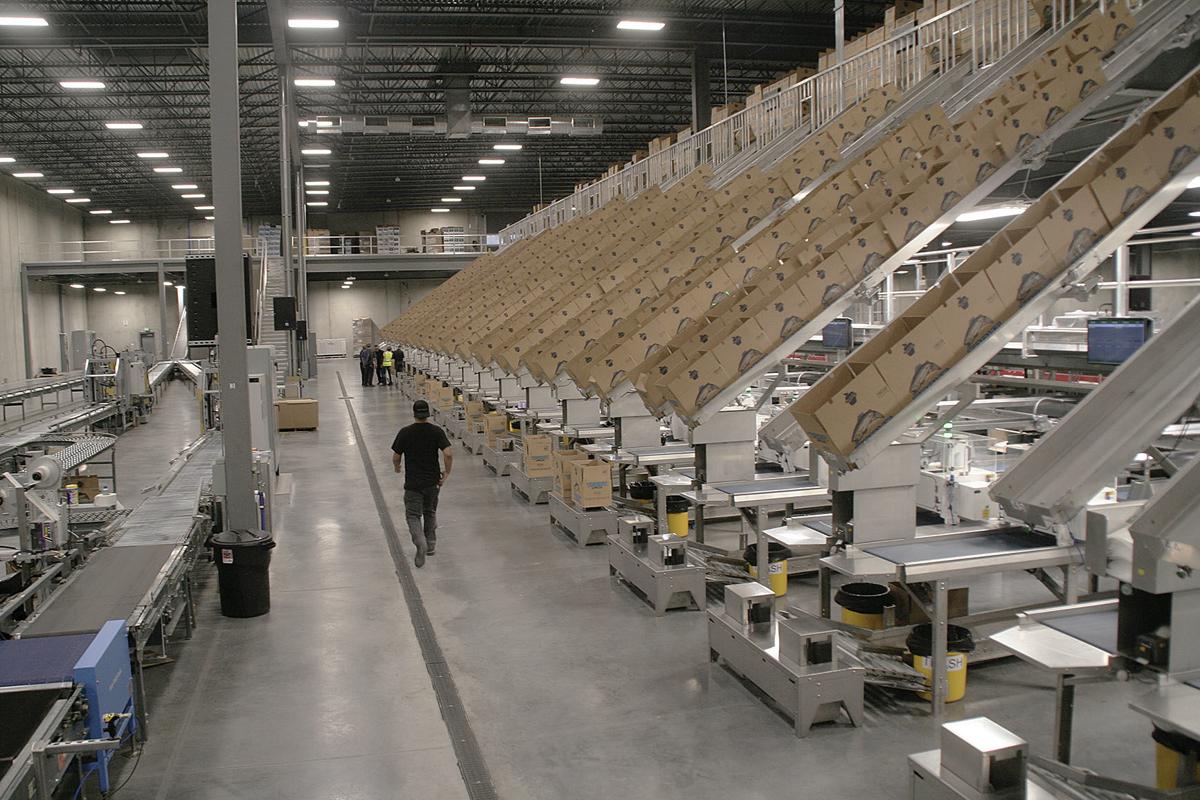 Forty-pound packing boxes, assembled on the mezzanine, slide down to each station for loading with trays of apples at Borton Fruit Co.’s new plant in Union Gap, Wash., on Oct. 23. 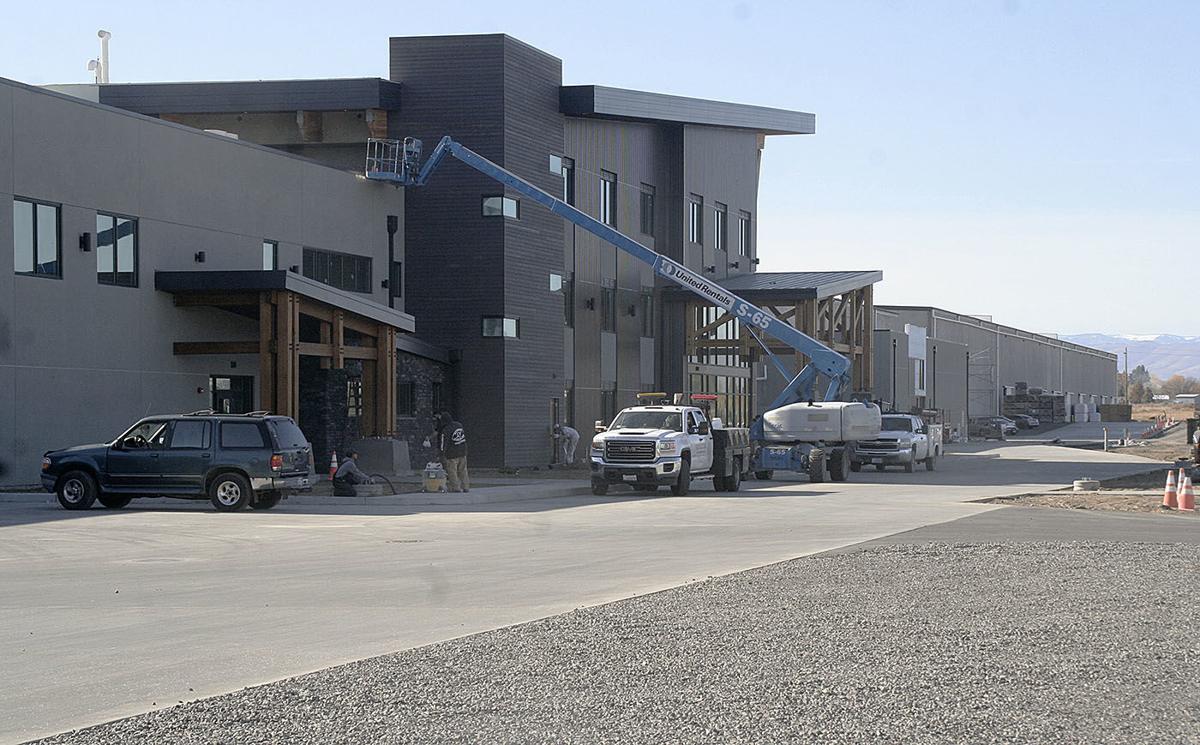 Finishing exterior touches were being applied to Borton Fruit Co.'s new apple packing plant in Union Gap, Wash., on Oct. 23. The plant has new technology and efficiencies to help the company into the future.

Forty-pound packing boxes, assembled on the mezzanine, slide down to each station for loading with trays of apples at Borton Fruit Co.’s new plant in Union Gap, Wash., on Oct. 23.

Finishing exterior touches were being applied to Borton Fruit Co.'s new apple packing plant in Union Gap, Wash., on Oct. 23. The plant has new technology and efficiencies to help the company into the future.

Borton Fruit Co. is operating a 500,000-plus square-foot facility that cost well over $40 million on property less than 10 miles from where Byron Sarver Borton began with a 20-acre orchard in 1912.

“This is the platform for our growth and success out into the future with food safety features, innovative technology and efficiencies that enable us to run three times the apple volume with the same amount of labor,” said Eric Borton, the company’s director of business development and a fourth-generation family member.

That’s about 200 people in packing, shipping and inventory control at the new plant when it’s in full production, he said.

While some companies lack sufficient apple volume to service their debt on recently constructed packing lines, he said Borton Fruit Co. is carefully avoiding that by having the volume to maximize the new plant’s capacity.

Production has been gradually shifting this fall from the company’s old main plant near the original family orchard to the new facility.

While the new facility is not significantly larger than the old one in square footage, added storage, increased packing speed, new technology and automation provide efficiencies for notable cost savings, Borton said.

Using ozone for sanitation will cut chemical use 25%, radiant heating will save 15% on energy and a centralized chemical delivery system will cut sanitation program costs by 35%, he said.

The new plant is capable of packing 150 to 180 bins of apples per hour, which is about triple the speed of the old plant.

The old plant received some notoriety after a 1979 fire when it was rebuilt with the first computerized electronic apple sizer in the nation.

Pre-size means fruit is sorted and stored by size and grade for later packing and shipping. Commit-to-pack means fruit is being packed for short-term storage and shipment.

The new plant has:

The 18-truck-bay shipping portion has a partial Automated Storage and Retrieval System to maximize first-in-first-out flow.

“We have self-driving, semi-autonomous, high-mast forklifts, not a full-crane-type system,” Borton said. “Full ASRS is the next step that we can convert to in the future once the economics make sense.”

Packed fruit storage is more vertical than horizontal with pallets stacked seven high and all with front-facing accessibility. None are hidden behind other pallets.

The entire system is driven by a custom integrated warehouse management software.

Other areas of the plant have been built for future evolution of automation and when costs can be justified, Borton said.

“A huge aspect of all of this is food safety. We built the production lines from the ground up with food safety in the forefront of what we’re trying to achieve,” Borton said. “It’s stainless steel construction throughout. Sanitation friendly food contact surfaces. Automated clean-in-place applications and a centralized sanitation system.”

The centralized sanitation system is one of the first of its kind in tree fruit packing. Floors are slightly sloped, drains are U-shaped and heating and cooling is plumbed under floors so there’s no blowing air or dust.

The company packs between 7 million and 8 million boxes of apples, pears and cherries annually.

Pears and some apples are packed at the company’s West Chestnut Avenue plant in Yakima and cherries are packed at a state-of-the-art Zillah, Wash., facility with separate lines for red and Rainier cherries.

The majority of the fruit comes from the company’s own orchards totaling more than 6,000 acres. Some fruit is packed for other growers.