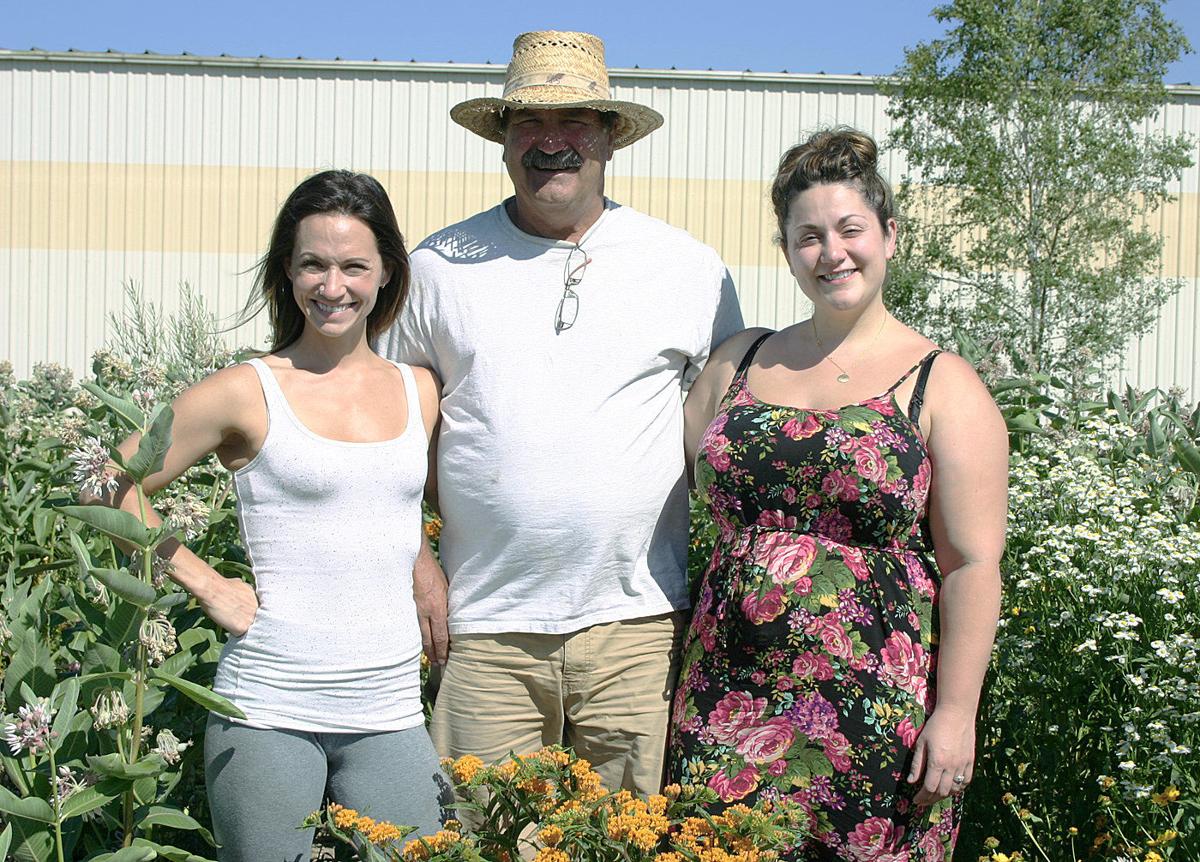 Craig Edminster with his daughters Michele Santoyo, left, and Sarah Stutzman, right. Although Michele and Sarah helped in the fields growing up, it was only in the past couple of years that they decided to work full-time for the company. 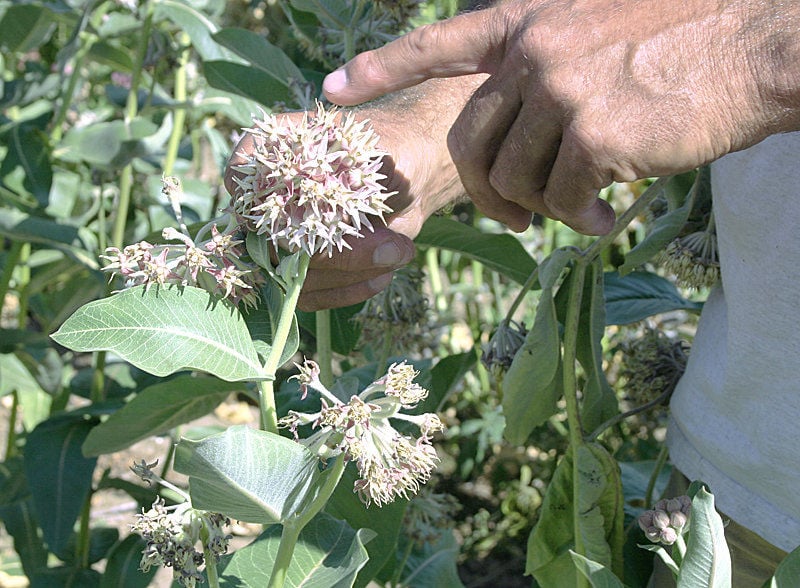 Craig Edminster, president of Pacific NW Natives, points out the male and female flowers on a milkweed plant.

Craig Edminster with his daughters Michele Santoyo, left, and Sarah Stutzman, right. Although Michele and Sarah helped in the fields growing up, it was only in the past couple of years that they decided to work full-time for the company.

Craig Edminster, president of Pacific NW Natives, points out the male and female flowers on a milkweed plant.

ALBANY, Ore. — Sarah Stutzman and Michele Santoyo didn’t realize how hard their dad, Craig Edminster, worked until they joined him at Pacific NW Natives a few years ago.

“You have to be a glutton for punishment,” Stutzman said about their native seed production enterprise. “My dad works his a-- off, always has.”

Edminster started Pacific NW Natives in 1996 after working as a research scientist for a cooperative of Western farmers.

It was there that Edminster’s interest in native plant species began.

“Natives are quite unique. I didn’t switch 100 percent; I needed a day job,” he said. “The native seed business was strong east of the Cascades because it was funded by (Bureau of Land Management) money. But I saw it was a growth market with not a lot of competitors.”

The Albany, Ore., business struggled for the first couple of years, and most of the seed was taken to the dump, he said. However, Edminster continued to contract with organizations such as the Calapooia Watershed Council, FFA and 4-H. Eventually they also contracted with the BLM for a program based on indefinite delivery and indefinite quantity, which funded Edminster because his seeds were good for forest restoration.

“That’s what really put us on the map. Private dollars aren’t going to make this industry grow over a couple of years; public dollars are the way to get this thing going,” Edminster said.

The biggest learning curve, Edminster said, was not knowing when to cut the grass, how to fertilize it, and if it needed irrigation or required a combine.

“Every population is different; even in the same gene of species,” he said.

Stutzman and Santoyo said it was the same with cleaning the seed. As children, they cleaned each seed by hand because the company couldn’t afford a seed cleaner.

“We had a 50-pound bag of dirty seed and a tweezer to pinch the seed out onto white paper,” Stutzman said.

Edminster estimates that no more than 30 or 50 growers have ever tried local natives in their production fields because of the risk of not making money.

“When I was in the field it was all worked by hand with species that were too delicate to be put through the combine. We had to have a group of people going down aisles with scissors or taking seed off with their hands,” Stutzman said.

“It’s very time-consuming, and makes it more expensive and difficult to handle. People want them, but they don’t want to invest that time and effort,” she said.

Stutzman said she’s vacuumed seeds off the ground to save them. Santoyo added that those few seeds were worth $30.

“Most of what we do is as difficult as you can get,” Edminster said.

Stutzman and Santoyo knew that their father worked a lot, but they didn’t realize how hard until they committed to the company.

“It’s constant and doesn’t stop. When you participate in it, you see how hard it is,” Stutzman said. “I worked in the field with my now husband, and harvesting stuff is really difficult. You’re laying it out on tarps and drying it, then pitchforking it into a thrasher and then to the seed cleaner. It’s much more difficult than commercial grasses.”

Although Edminster joked about retiring as soon as he can, his daughters say they don’t see that happening.