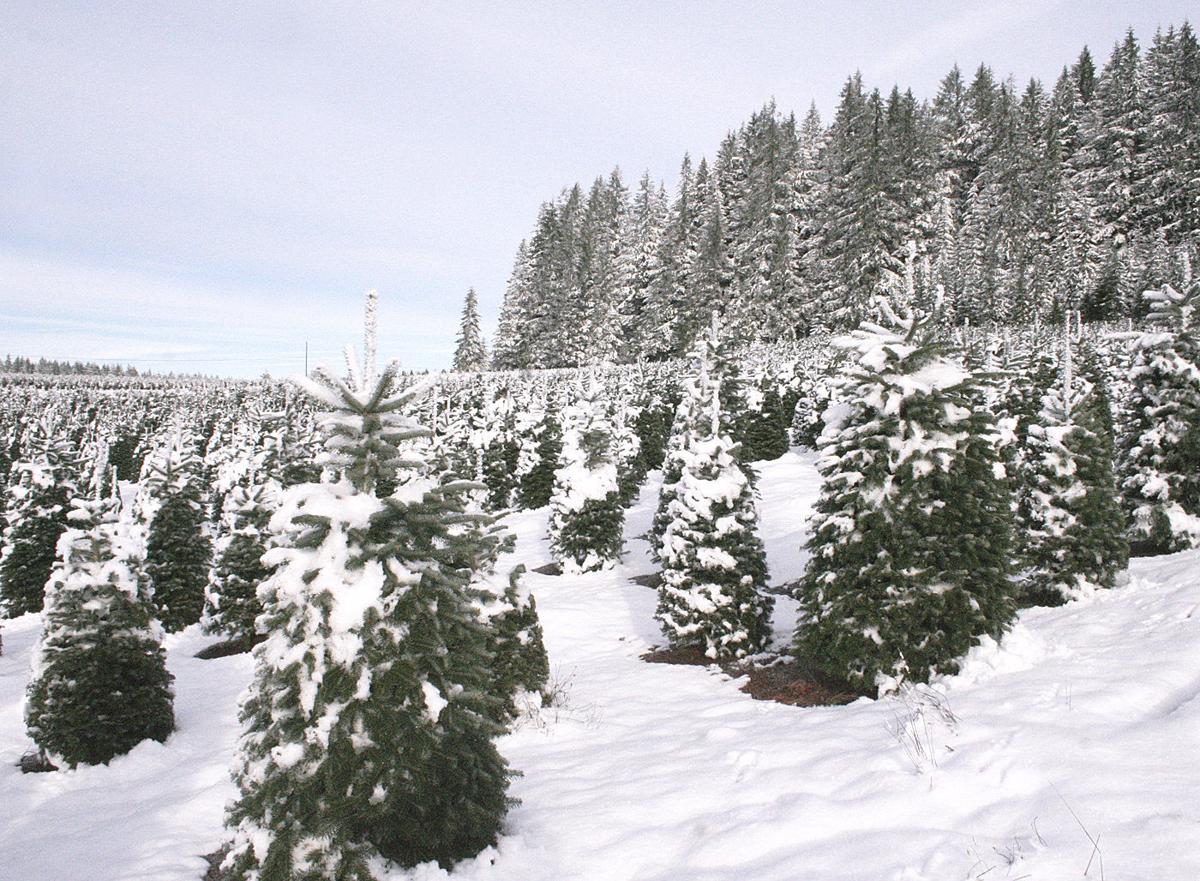 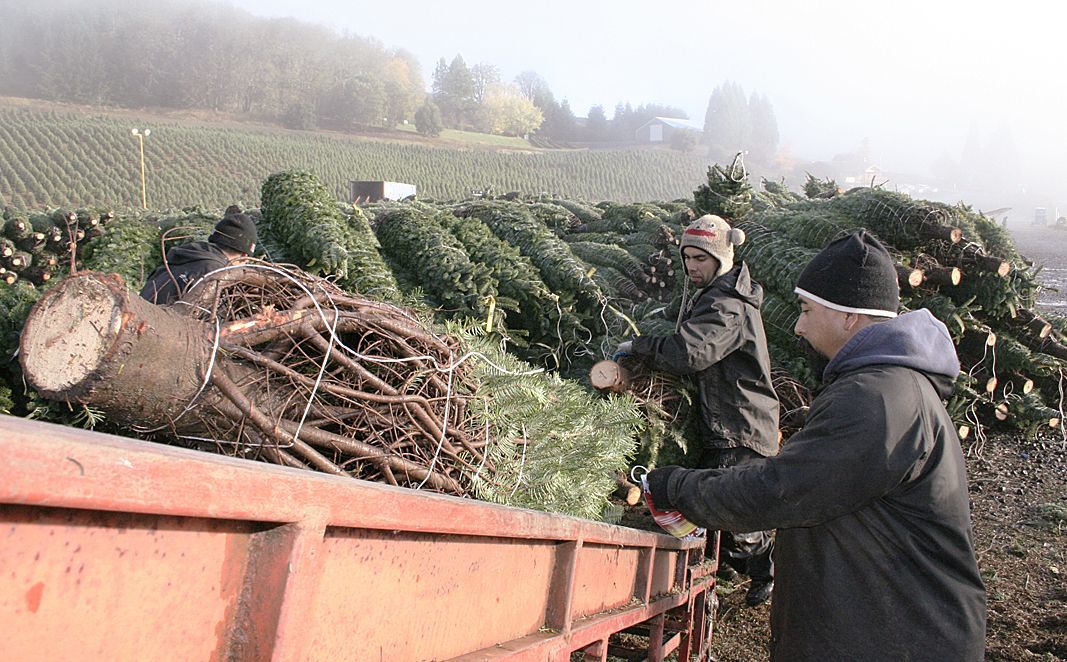 Christmas trees are loaded onto a truck by workers at Noble Mountain Tree Farm near Salem, Ore. 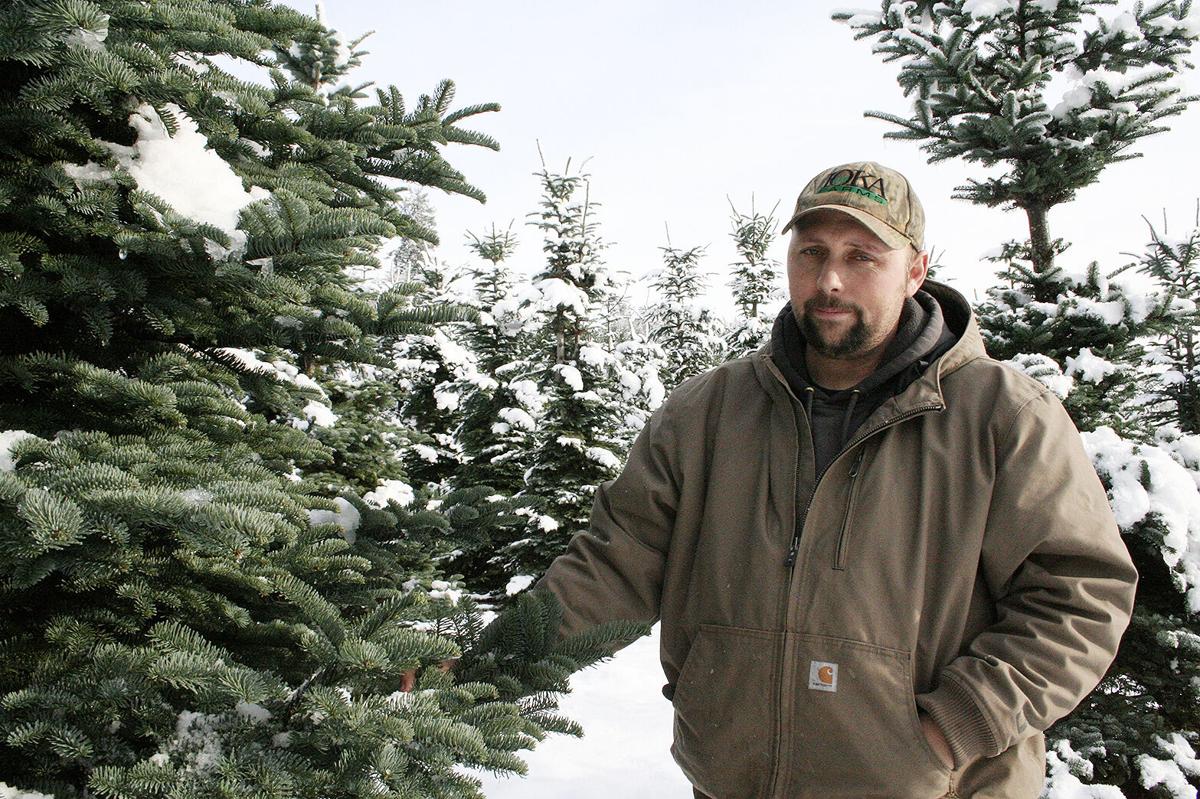 Grower Jason Hupp says other crops have reduced the land available for Christmas trees, so an over-supply is unlikely. 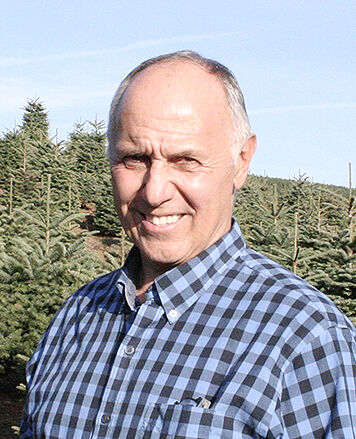 Christmas trees are loaded onto a truck by workers at Noble Mountain Tree Farm near Salem, Ore.

Grower Jason Hupp says other crops have reduced the land available for Christmas trees, so an over-supply is unlikely.

Demand for Christmas trees noticeably increased during the 2020 marketing season, similar to other seasonal products such as fireworks and pumpkins.

Despite reports of a tree shortage, Schaefer said the industry has actually brought supplies back into balance with demand after a prolonged surplus that depressed prices in the early 2010s.

The perception of scarcity may have been created by some U-Cut farms running out of trees early, but that’s not reflective of an industry-wide problem, he said. “It doesn’t mean there aren’t people down the road with trees available.”

Varying coronavirus-related restrictions on retailers in California — a major Christmas tree market — cost Noble Mountain Tree Farm some customers, but the company was able to compensate with increased sales to other areas, he said.

While “out of sight” prices reportedly charged in some Asian markets may be attributed to “price gouging,” farmers say they’ve avoided such exploitative tactics, regardless of whether Christmas trees are sold to exporters.

“We charge the same price to them as we do to Joe Blow down the street,” Schaefer said.

Stroda Brothers Farm only slightly increased its wholesale prices this year because the company was wary of charging more than the market would bear, said Kirk Stroda, co-owner of the Monroe, Ore., operation.

The isolation and stress of the coronavirus pandemic likely boosted the appeal of Christmas trees, with an industry-commissioned survey finding that 39% of consumers were more likely to buy a real tree for their family this year.

More than three-quarters of the surveyed consumers also described Christmas trees as “special” and an “experience” rather than a product, according to the Christmas Tree Promotion Board, which raises money for industry research and marketing.

“With the year we just had, everyone is needing some feel-good tradition,” said Kari Puffer, executive director of the Pacific Northwest Christmas Tree Association.

Another trend that farmers noticed in 2020 was that consumers began buying Christmas trees before the usual start of the marketing season after Thanksgiving. Whether the earlier and stronger demand for their product will outlast the coronavirus pandemic remains to be seen, though.

“It’s hard to say if this year was just an anomaly or the new normal,” said Casey Grogan of Silver Bells Tree Farm near Silverton, Ore.

Though the farm has seen high interest from exporters, reports of high overseas prices aren’t likely to convince growers to invest heavily in this market, Grogan said.

The detection of a pest by foreign regulators can result in the rejection of an entire load of Christmas trees, which is “not all that uncommon” and thus seen as an oversized risk by farmers, he said.

“If you can sell a tree domestically, you’re going to do that,” he said.

The crop’s increased popularity and tight supplies aren’t likely to spur another round of over-planting because the region’s agriculture industry has changed over the past couple of decades, farmers say.

“People are cognizant and understanding of not putting themselves in that predicament,” said Puffer.

In the early 2000s, landowners with spare 5- to 10-acre fields planted Christmas trees speculatively but then lacked a sales outlet when they reached maturity, said Stroda.

Once the crop was ready to harvest, the growers sold their trees at steep discounts that affected the entire industry, he said. “I think that’s what really killed the market before.”

Farmers who were burned by experience are unlikely to repeat the mistake, while others have also learned from that history, Stroda said. “If you don’t have a market, don’t plant extra trees.”

Christmas trees must also compete for acreage with other crops, such as hemp, hazelnuts, blueberries and wine grapes, which have become more common in Oregon, said Jason Hupp of Drake’s Crossing Nursery near Silverton, Ore.

For the most part, Drake’s Crossing Nursery hasn’t seen a surge in demand for seedlings that would portend another price-crushing surplus of the crop years from now, Hupp said.

“It’s good news for people who are in the industry now and don’t want it to be flooded with new people,” he said.