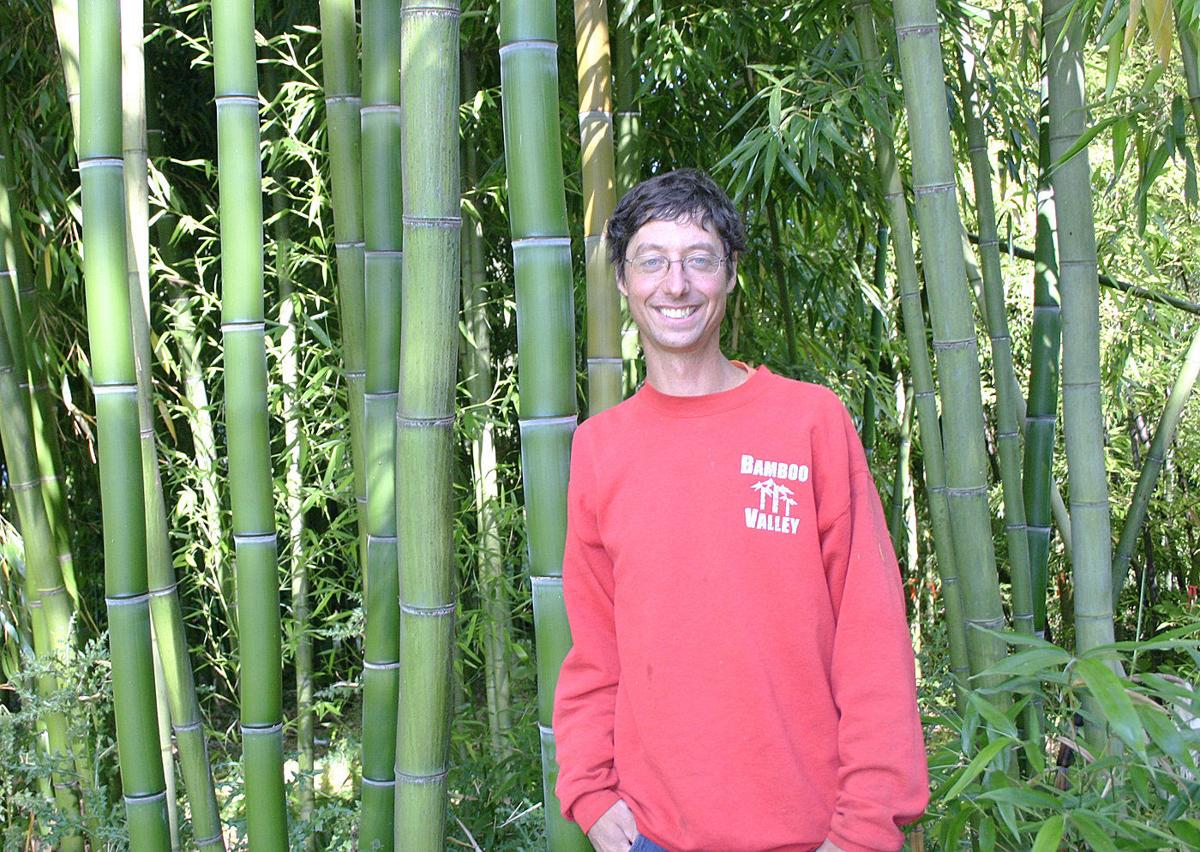 Dain Sansome is the owner of Bamboo Valley, nursery and farm in Albany, Ore. Sansome was interested in bamboo at a young age, ever since National Geographic came out with a special edition about bamboo. 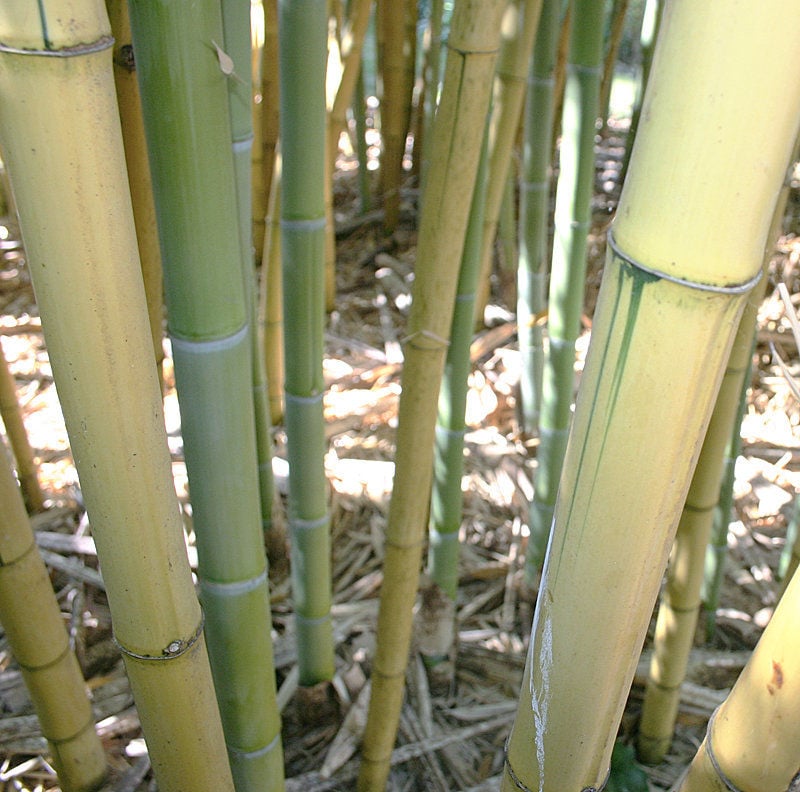 Vertical green lines that look like paint marks are common on this variety of bamboo. Bamboo Valley grows 20 varieties of bamboo.

Dain Sansome is the owner of Bamboo Valley, nursery and farm in Albany, Ore. Sansome was interested in bamboo at a young age, ever since National Geographic came out with a special edition about bamboo.

Vertical green lines that look like paint marks are common on this variety of bamboo. Bamboo Valley grows 20 varieties of bamboo.

ALBANY, Ore. — From a young age, Dain Sansome was interested in bamboo.

The owner of Bamboo Valley in Albany, Ore., Sansome fell in love with Asian themes, such as martial arts, Japanese gardens and bamboo, after seeing a National Geographic special about bamboo. During high school in Minnesota, he started growing his first plants that he bought mail-order from a catalog.

“They did OK, but they didn’t grow like I wanted them to,” he said. “So I went to Japan and saw the big stuff.”

Sansome later moved to Oregon with his Japanese wife and began working at Bamboo Gardens in North Plains, Ore., where he was trained. In 2004, he opened Bamboo Valley, which is both a farm and nursery.

“I always wanted a farm more than a nursery. A nursery in my mind means small plants, which is fun and nice, but I like the ‘big’ stuff,” he said. “That feeling of actual mature bamboo, it’s really magical. It’s all one organism and you can get inside of it, which is a neat feeling.”

“There’s a demand for delivering plants, planting and removing. I wanted to get my hands into everything,” he said.

“It’s used for landscaping and beautification. It has a lightness and airiness about it that evergreens do not. Bamboo is very different, it has an exotic feel, an airy quality of leaves that rustle in the wind; people like having that option,” he said.

Despite popular misconceptions, bamboo is not a tree, but rather a grass.

Sansome said there are several misconceptions regarding bamboo, such as there’s no maintenance, all of it comes out of China and that there’s only one type of bamboo.

“There is a lot of variation in bamboo. All are different, even within a genus. There are differences in cane color, shoot appearance and leaves. It’s really fascinating,” he said.

Bamboo Valley grows 20 varieties, but the overarching categories are running and clumping bamboo. Sansome said the grasses are mainly “old favorites” with a few newer varieties.

Running bamboo varieties are popular for landscaping because of their rapid horizontal growth, which is useful for creating privacy screens. They can “run” from a few feet to 10 or 20 feet depending on the soil, which makes maintenance important because bamboo “wants to become a forest,” Sansome said.

Clumping bamboo, however, only spreads horizontally for a short distance before shooting upward. It is usually less than 15 feet tall, but some varieties can grow to nearly 20 feet tall.

Harvesting the bamboo is the most challenging aspect for Sansome because of how thick the rhizome runners are underneath the ground.

“They can be as thick as your thumb; cutting them is hard. I’ve tried everything from axes and shovels, we’ve graduated into hydraulic equipment now,” he said.

With the difficulties in harvesting the bamboo, keeping enough in stock is also challenging. Most of Bamboo Valley’s customers are retail, and it’s important for customers to see the product, grab it and go, Sansome said.

Sansome loves having the opportunity to meet and connect with new people through the nursery, landscaping and stump-grinding, but nothing beats being outside in the sun.

“I spend the vast majority outside in the sunlight; I love that,” he said. “Being able to have a family and piece of land that essentially is a giant garden.”