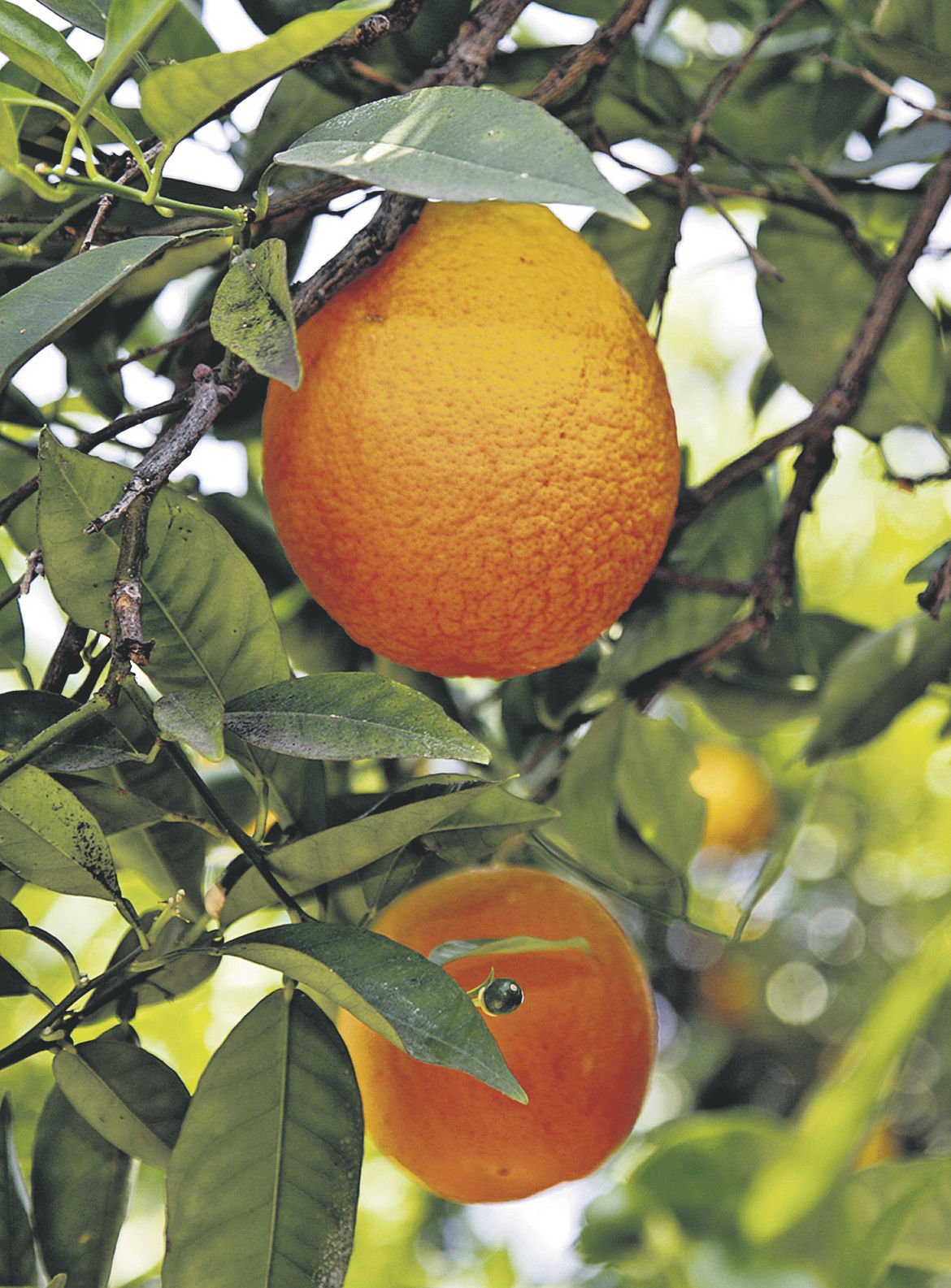 California Farm Bureau Federation California orange growers are on a pace to turn out as many as 80 million cartons this season, an improvement over last seasonÕs roughly 68 million. 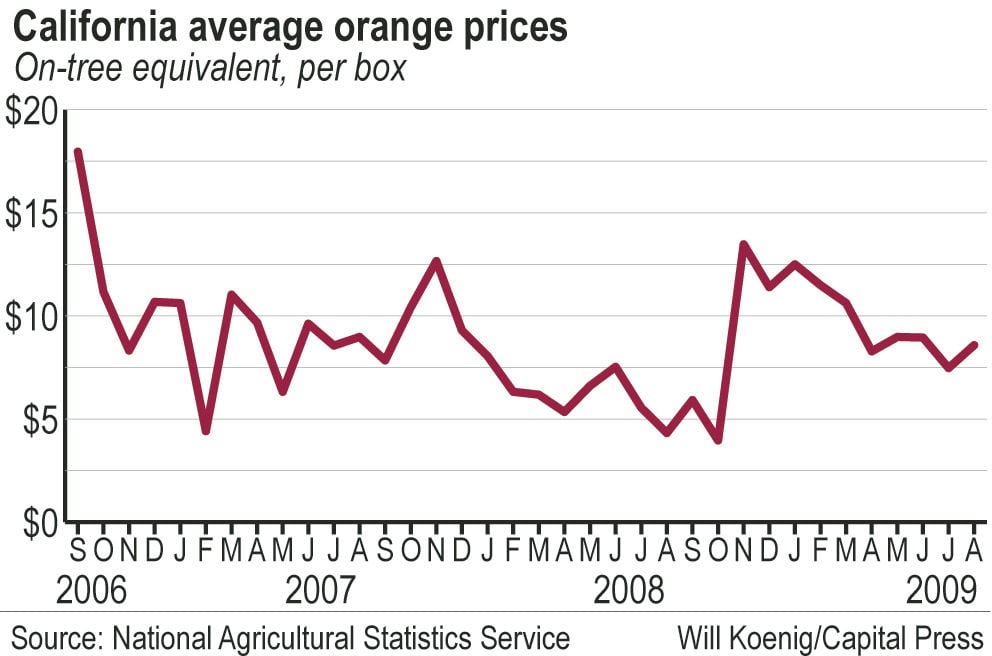 California Farm Bureau Federation California orange growers are on a pace to turn out as many as 80 million cartons this season, an improvement over last seasonÕs roughly 68 million.

Growers in the Central Valley and elsewhere have been taking oranges off the trees for about a month, and they started shipping about two weeks ago.

What they're finding is that the quality, color and sugar content are all very good, and more than 90 percent of the picked fruit is usable, said Bob Blakely, director of industry relations for the Exeter-based California Citrus Mutual.

"It's really off to a good start," Blakely said. "Our volumes are up above what they were for the same week last year and prices have started off in a very favorable range for the growers."

Because much of the offshore fruit had cleared the market and the pipeline for navels was fairly empty, prices for peak sizes are ranging from about $12 to as much as $18 per carton, Blakely said. In most cases, producers need about $9 a carton to cover their costs, he said.

In September, the National Agricultural Statistics Service's California office projected 80 million cartons of navels for the 2009-2010 season, which will continue until early next summer. That would be a significant improvement over last season, which yielded about 64 million cartons.

According to a tree survey the agency conducted in July and August, conditions were ripe for a good crop. Adverse weather earlier in the year didn't appear to affect the fruit, and mid-spring and summer weather aided the crop's development, the agency noted in a report.

Based on the first few weeks of picking, the NASS projection is looking to be right on target, Blakely said.

"It certainly can still be termed what we would call a manageable crop," he said. "The quality and size look good. They matured early and the sugar came on early, so they're eating pretty well for this early in the season."

While most of the navels are grown in the drought-affected Central Valley, citrus belt growers aren't having as much of a problem finding water as are row crop producers on the Westside, Blakely said.

Some growers have had to pay more for water, but they can usually find it, he said.

All in all, though, the season's prospects have inspired optimism among producers.

"We're feeling pretty good about it," Blakely said. "We've got a long ways to go."