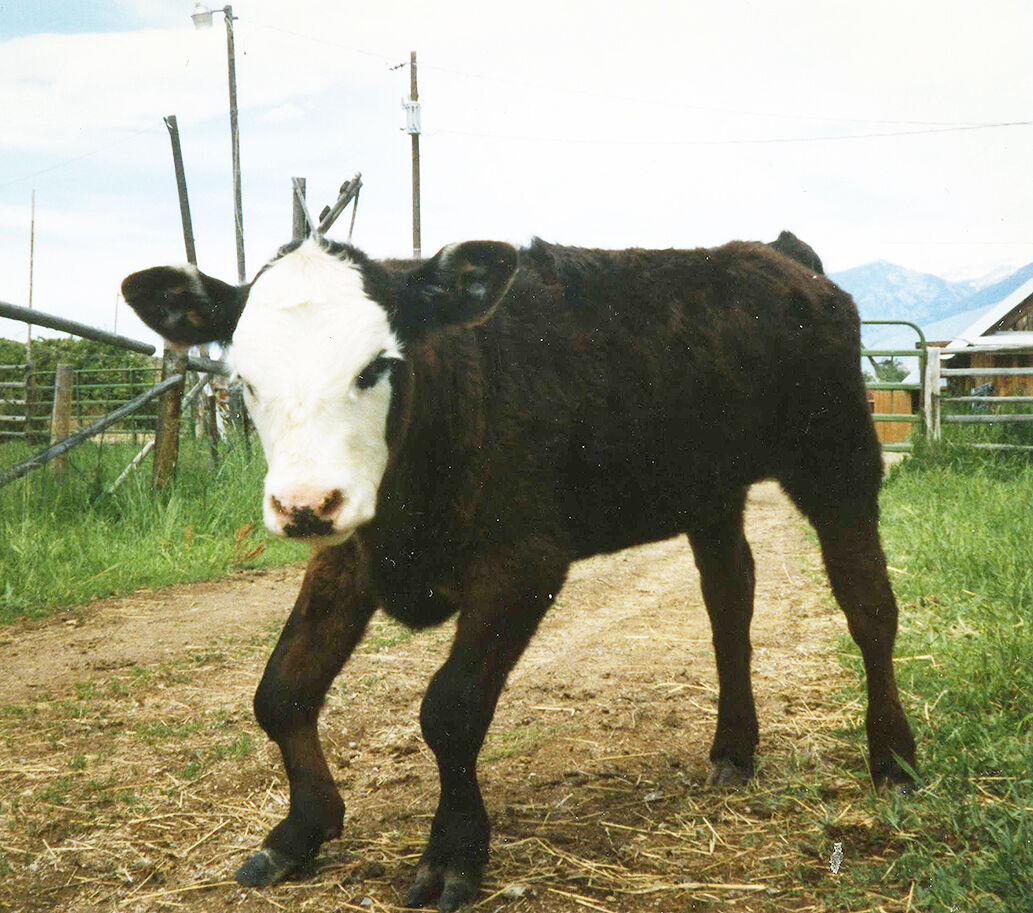 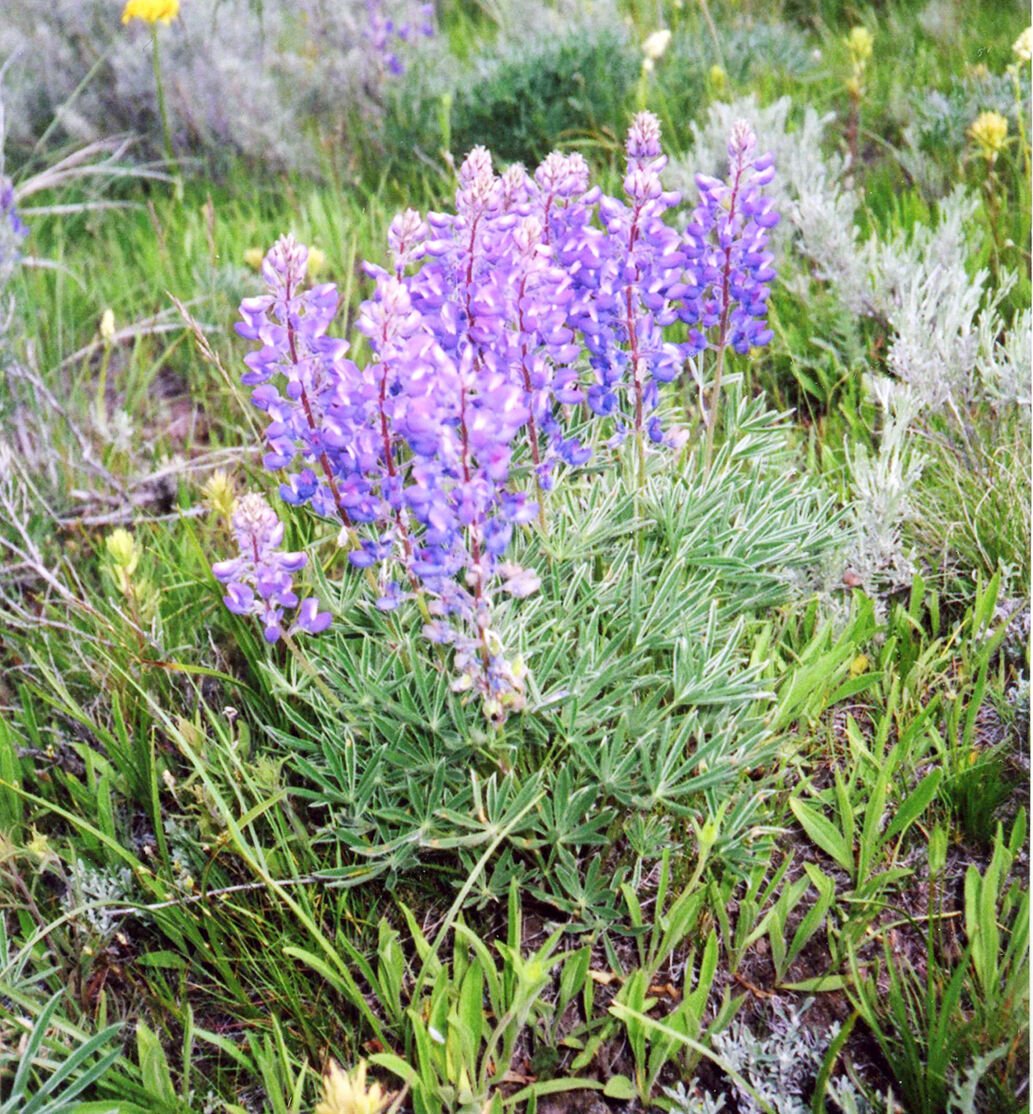 Ranchers in Lemhi County, Idaho, saw a high incidence of "crooked calves" born this spring, due to an abundance of lupine on summer range pastures last year.

Also called “Lupine calves,” they are an example of what can happen when plant toxins are ingested by a pregnant cow between 40 and 100 days of pregnancy.

The toxins cause the developing fetus to be malformed. Usually the leg joints are fused or damaged, but occasionally a calf is born with a cleft palate.

Often the legs are crooked or the joints fused—unable to move or bend, which can be a problem during birth. The calf may be unable to straighten its legs enough to enter the birth canal. Most of the calves can be born with assistance, but if the deformity is severe, the calf must be surgically removed by C-section.

Daniel Cook, a research plant physiologist, and Clint Stonecipher, a range scientist at the Poisonous Plant Research Lab in Logan, Utah, have been researching the problem for several years.

Last year, Jim Sprinkle from the University of Idaho research ranch near Salmon called Cook to ask if the research lab could help answer questions about lupine problems in Lemhi and Custer counties. A rancher on McDevitt Creek was seeking answers because every spring he has had some crooked calves.

“I went out there last year and took samples of the lupine,” Cook said. On rangelands in the upper Lemhi Valley there are two species.

Not all lupine species are teratogenic, meaning that they cause birth defects.

“Some contain alkaloids that cause the problems, and others don’t, but this can also vary within a species," he said. "For example, near Pendleton, Oregon, the lupine in certain areas contains the teratogenic alkaloid, while just 20 miles away that species does not contain it.”

He sampled the lupines in the upper Lemhi Valley, and there were two species.

"We didn’t know which ones the cows were eating. It might not matter, however, if they are eating both, and we discovered that each species contains a different (dangerous)  alkaloid,” said Cook.

“If we knew which one the cows are eating, we might change the management and graze it at a slightly different time," he said. "I think the lupine causing the most problem is the species at the lower elevation. If that’s the one the cows are eating between 40 and 100 days of pregnancy, the rancher might be able to graze at higher elevation first or at least move them back and forth so they aren’t eating the most damaging plants continually."

There are various ways to solve the lupine problem, he said.

The alkaloid works like a sedative and slows fetal movement. This is why the joints tend to “freeze up” and become fixed and immobile, he said.

If a rancher can halt consumption of lupine for a while, the fetus can start moving again.

“These calves might have slight malformations and crooked legs when first born, but not as severe as if the cow was continually eating lupine during that stage of pregnancy, and often the calves that are only slightly affected will come out of it and the legs will straighten up with time,” he said.

It would help to remove the cows from the lupine before the fetus is severely affected. Alternatively, the cows can be moved on and off the lupine pastures intermittently during that stage of pregnancy.

The cows have to eat it for several of days to affect the calf.

“Cows must consume enough of it each day to keep the sedative effect going. If a cow eats lupine for a day or two and then just off and on, the calf might be fine. She has to eat it just about every day for a couple weeks in order to cause a problem,” Cook said.

Another strategy is to change the calving date by a couple weeks or months to avoid having cows on lupine pastures at the critical time, or change to fall calving.

Another option would be to graze steers or animals that are not pregnant.

Stonecipher and Stephen Lee, a research chemist at the lab, have shown they can detect different alkaloids from different plant species in earwax, and this may have potential to help with diagnostics.

“It gives us an idea whether or not the animal ate a certain plant. It doesn’t mean that’s what caused a problem or caused an animal to die, but might be another diagnostic tool in cases of poisoning or crooked calves. It can also tell us if the animal ate larkspur or hemlock,” which are also poisonous, he said.

“We are hoping that earwax samples can be a non-invasive specimen that can help us, and it’s easier to collect than rumen contents, which are great but can be a bit messy to get to,” Cook said.

Stonecipher says that in a situation where there are two species on a ranch or range, the earwax samples could be a good chance to test this idea — and a person can take earwax from a living cow rather than after it is dead.

Cook is hoping they can take earwax samples this spring from cows on Kyle Bird’s ranch, from some cows that had normal calves this spring and others that had crooked calves.

“They may have all eaten lupine, but the ones with crooked calves may have eaten more, or they ate it for longer periods of time,” he said.

The earwax samples could be a useful tool.

“It isn’t the answer for solving the problem, but can tell us more about what we’re dealing with — especially in areas with more than one lupine species. We’ve done work in other regions, like Washington, where there are two species but from the chemistry studies we determined that only one contained the teratogenic alkaloid."

One species of lupine was unpalatable, "but the one containing the teratogenic alkaloid is very palatable and the cows eat it readily,” he said.