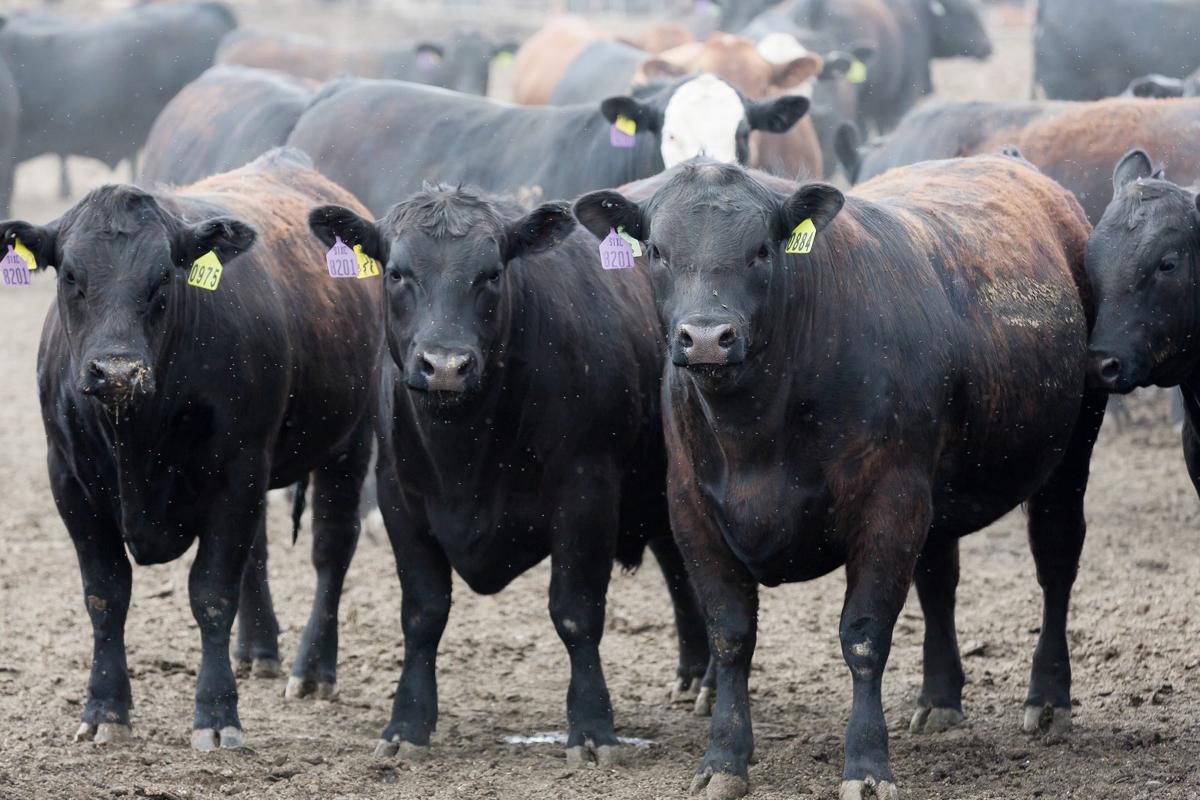 Cattle gather on Beef Northwest’s feedlot near Quincy, Wash. The company, which has feedlots in Washington and Oregon, is participating in Cattle Trace, an effort to develop a privately owned national animal-disease traceability database. 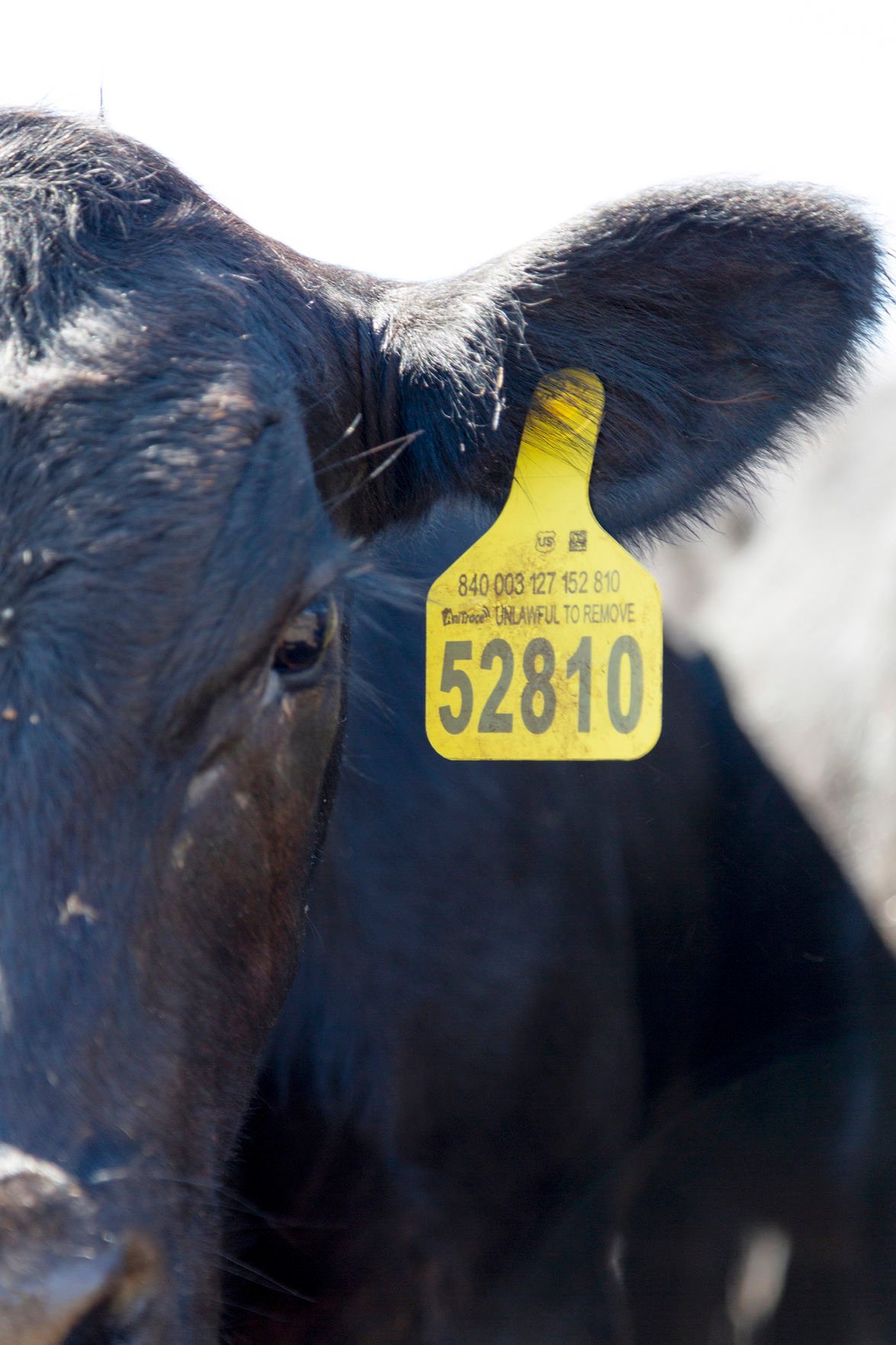 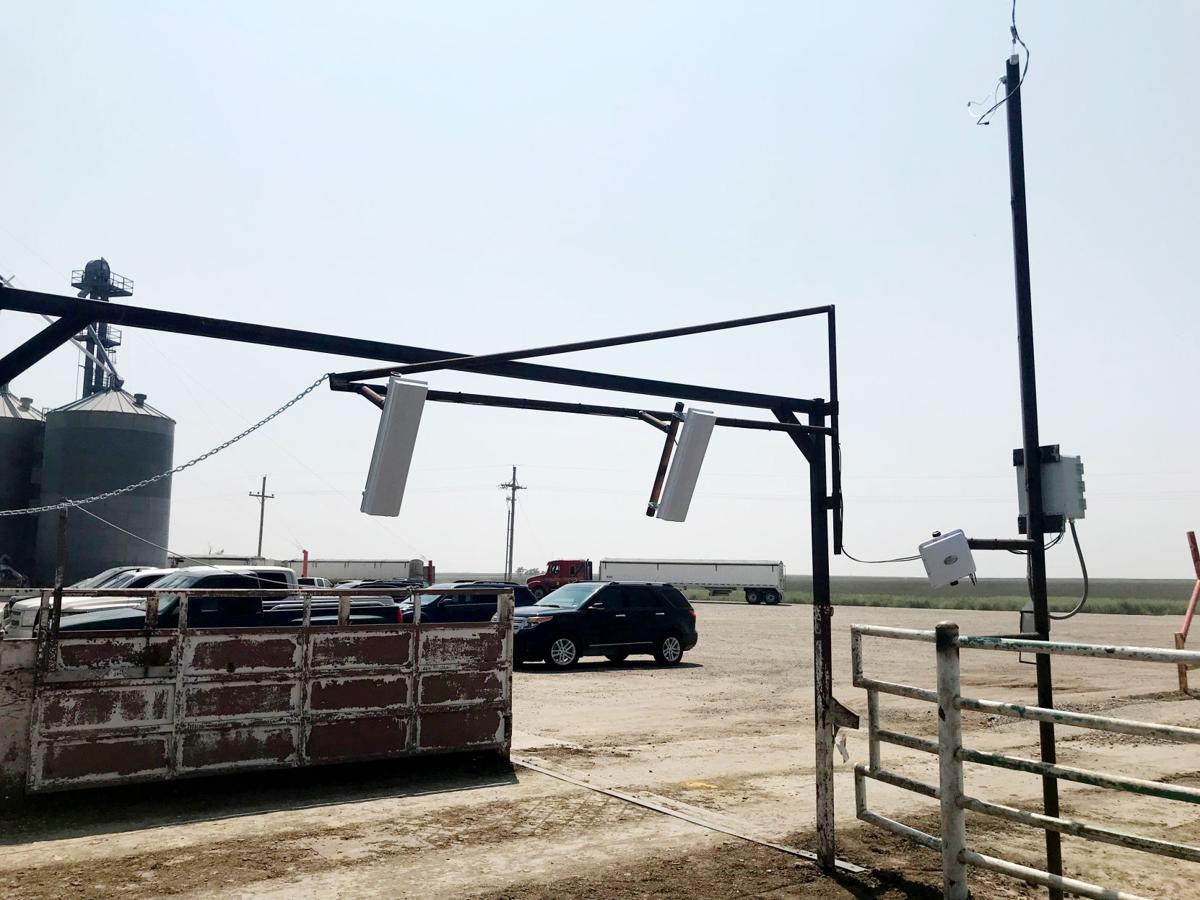 Equipment to scan ultra-high frequency tags on cattle is set up at a Kansas feedlot. 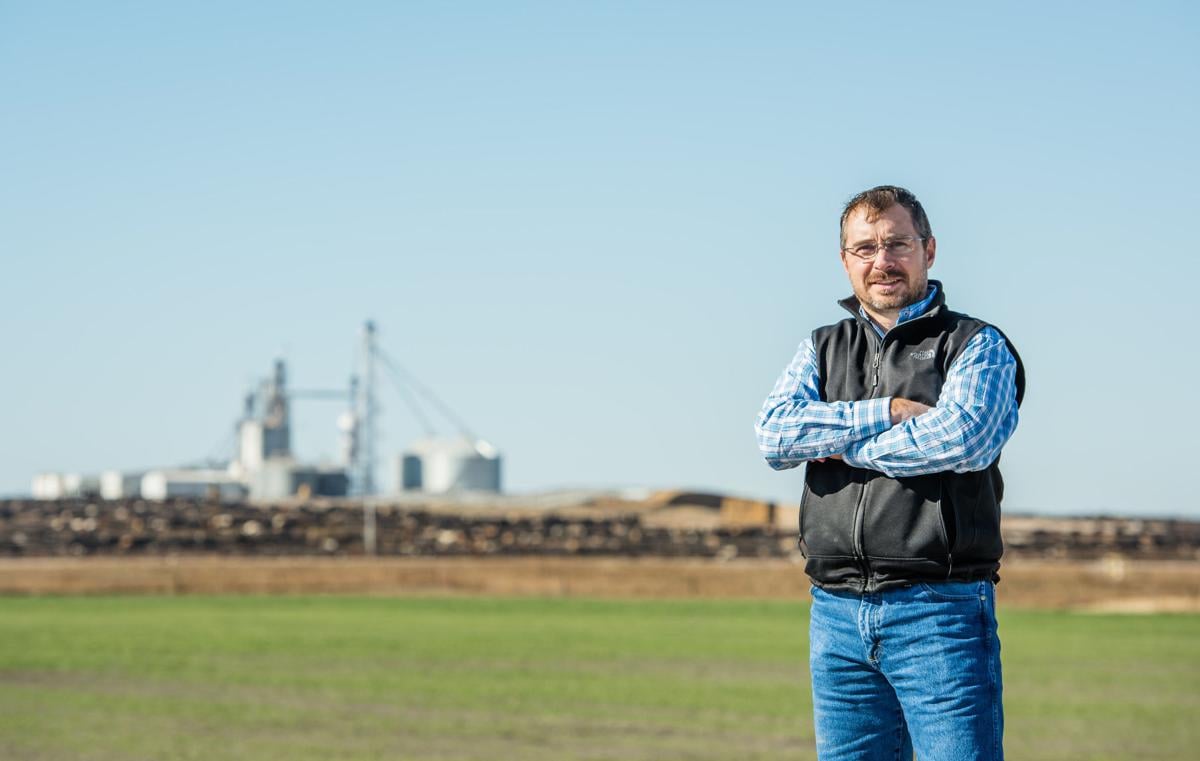 Cattle Trace board chairman Brandon Depenbusch says the cattle industry has a chance to shape an animal disease traceability program on its own terms. 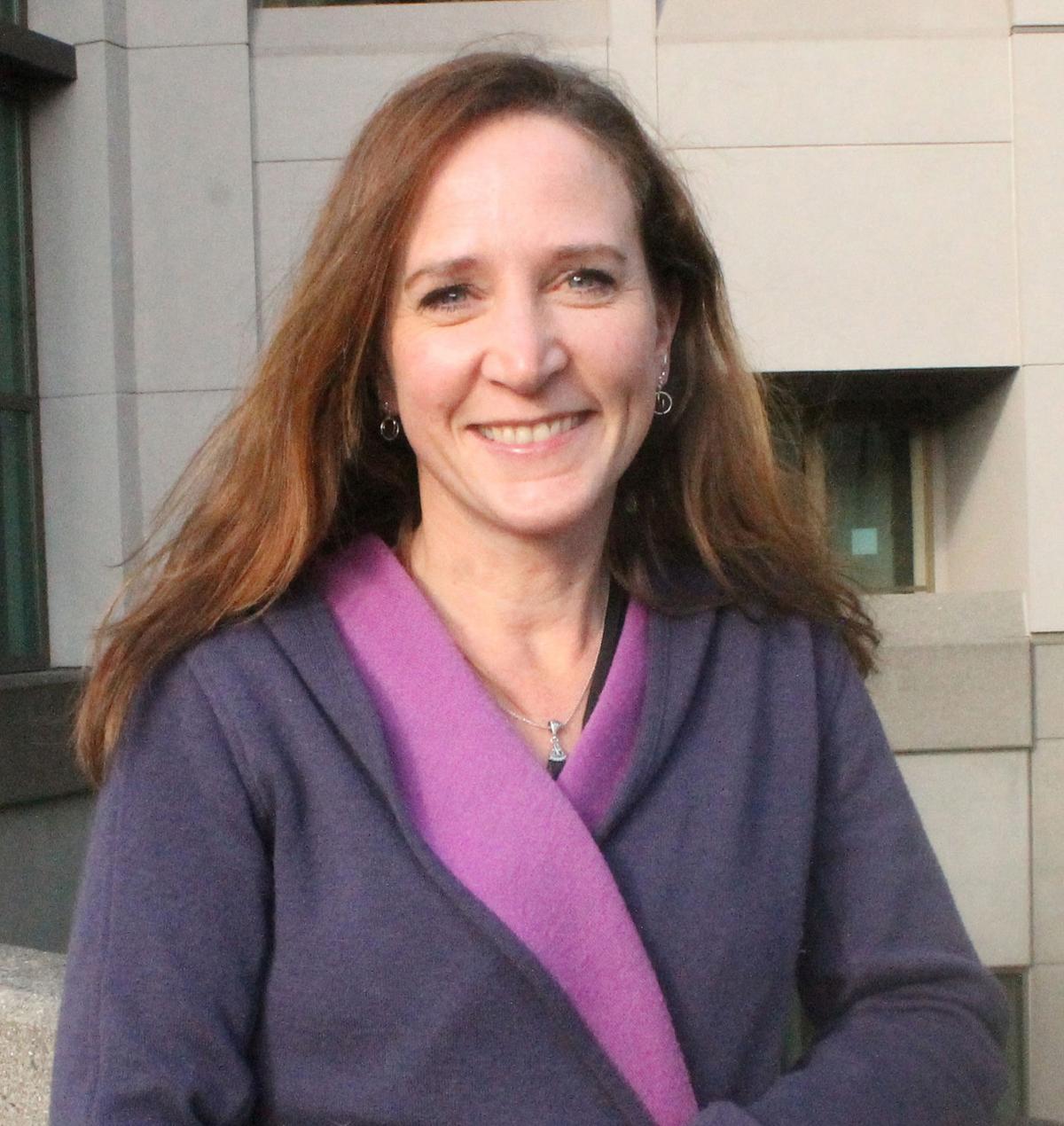 Cattle gather on Beef Northwest’s feedlot near Quincy, Wash. The company, which has feedlots in Washington and Oregon, is participating in Cattle Trace, an effort to develop a privately owned national animal-disease traceability database.

Equipment to scan ultra-high frequency tags on cattle is set up at a Kansas feedlot.

Cattle Trace board chairman Brandon Depenbusch says the cattle industry has a chance to shape an animal disease traceability program on its own terms.

A drive started by Kansas cattlemen to electronically track U.S. cattle has spread to the Northwest, pitching itself to sometimes skeptical ranchers as an industry-led and voluntary alternative to government monitoring.

US Cattle Trace Inc. leaders envision building a nationwide, privately owned database of cattle movements, from birth to slaughter. If a disease breaks out, information could be parceled out to state veterinarians to identify and quarantine exposed cattle, according to organizers.

The database grows as beef cows with ultra-high frequency tags are scanned as they move in and out of livestock markets and feedlots associated with Cattle Trace in 10 states, including several feedlots in southeast Washington and northeast Oregon owned by Beef Northwest Feeders.

“I can’t imagine a time that highlights the need for disease traceability more than now, with the coronavirus,” he said. “I hope as an industry we can at some point say, ‘Oh, goodness, what can learn from this?’”

Cattle Trace’s ambitions to tag and scan cows are similar to a now-suspended plan by the USDA to prod ranchers into affixing radio-frequency identification tags on calves, phasing out metal tags.

The plan was scheduled to take full effect in 2023, but was opposed by some ranchers, who argued the step-by-step electronic tracking of every cow would be costly, intrusive and unnecessary.

Nevertheless, the USDA’s position hasn’t changed: Individual electronic tags will give the cattle industry the best protection against the spread of animal diseases and the punishing trade sanctions and consumer reactions that follow.

To test electronic tags, the USDA has helped fund several pilot projects, including the one in Kansas that led to Cattle Trace.

In the past year and a half, about 65,000 tags have been circulated in Oregon, Washington, Kansas, Nebraska, Oklahoma, Texas, Missouri, Kentucky, Virginia and Florida. Cattle Trace hopes to soon add partners in Idaho, Minnesota and Wisconsin.

The tagged calves and cows are a fraction of U.S. cattle. The USDA estimated the cattle herd inventory as of Jan. 1 at 94.2 million head. Cattle Trace’s eventual goal is to track the movements of 68% of the nation’s herd.

The figure comes from a study commissioned by the National Cattlemen’s Beef Association. A consultant concluded tagging less than 45% of the cattle wouldn’t be enough to effectively trace diseases and that tagging more than 90% wouldn’t be worth the effort. Splitting the difference equals 68%.

Cattle Trace organizers don’t have a timeline for reaching the goal and acknowledge achieving it will take years.

“It is a marathon, not a sprint,” said Beef Northwest Chief Operating Officer Wes Killion, who’s on Cattle Trace’s board of directors.

Beef Northwest already was using electronic tags to manage cattle. “What we were doing fits very well with Cattle Trace,” Killion said. “All we had to do was flip a switch.”

“The cow-calf operator is always going to want to know what the benefit is to them,” Killion said. “There are going to have to be ancillary benefits.”

Cattle Trace organizers say their database will record only the bare-bone movements of cattle. Washington Cattlemen’s Association executive vice president Danny DeFranco said he was disappointed to hear that. If tags recorded more information, producers would have more accurate and timely information about market conditions, he said.

“We could do all these other cool things,” DeFranco said. “The amount of information you could track is endless. It could give us an edge to our competitors in the world.”

Cattle Trace pitches its database’s narrow purpose — to trace diseases — as a selling point. It will record the time, date and place a tagged cow passes a scanner. “We don’t want to collect your first born’s name, your Social Security number,” Depenbusch told cattlemen at a symposium on Cattle Trace in November in Manhattan, Kan.

Cattle Trace also distances its initiative from the government by stressing that the data would be voluntarily submitted, controlled by a board of cattlemen and not subject to public disclosure laws.

Bill Bullard, CEO of R-CALF, a cow-calf producer organization that sued the USDA over its plan to mandate radio-frequency tags, said database ownership does not change the economics of electronically tracking cattle. He noted that pilot projects, including the one in Kansas, relied on public funding.

“If it’s truly a market-driven approach, you wouldn’t have the government subsidizing it,” he said.

R-CALF argues that other identification methods, such as brands and metal tags, sufficiently identify cattle. Radio tags shouldn’t be forced on producers, who would be paying to protect international trade that primarily benefits packers, according to R-CALF.

R-CALF also argues the U.S. can better guard against cattle diseases by tightening controls on foreign cattle imported for slaughter. Bullard draws a different lesson from the coronavirus than does Depenbusch in Kansas.

“It should force us to reconsider this failed globalization effort,” he said.

Because of negative reaction from ranchers, the Washington State Department of Agriculture shelved a proposal to require cattle be individually identified with radio-frequency tags when vaccinated for brucellosis or sampled for trichomoniasis.

Assistant State Veterinarian Amber Itle, who went to Kansas last fall and learned about Cattle Trace, said she doesn’t think there will be widespread adoption of electronic tags by ranchers until the USDA requires it.

“I think Cattle Trace is great, but they’re ahead of their time,” she said. “I don’t think producers will want to pay for a tag unless they have to.”

Even without a rule, Washington’s agriculture department has moved ahead with building a database by tagging and scanning cattle at livestock markets. Any discussion of animal disease traceability in Washington, or elsewhere, eventually touches on the state’s infamous “mad cow.”

The 6-year-old dairy cow was born in Alberta, Canada, and trucked to the U.S. mid-way through its career. It was brought to slaughter on Dec. 9, 2003, and its inability to walk was attributed to complications from birthing. The carcass entered the food supply, and the brain, spinal cord and small intestine went to animal feed.

The USDA sent away tissue samples for testing, and a laboratory in Weybridge, England, confirmed on Christmas Day the cow had bovine spongiform encephalopathy. The USDA concluded the Holstein was infected in Canada and came to the U.S. in a shipment of 81 cows. The USDA reported several months later that it had been able to trace the whereabouts of 29.

The economic consequences played out over the next several years. The U.S. International Trade Commission calculated that the beef industry lost $11 billion in export revenue between 2004 and 2007. Most of that, $9.4 billion, was from two countries, Japan and South Korea, and some of the losses were offset by increased domestic demand for beef.

Pendell calculated that using electronic tags would cost cow-calf producers $2.84 to $6.06 a head, depending on the size of the herd. As herd size increases, per-head fixed costs decrease.

For packers, who would have to scan tags, but not buy or attach them, the cost would be 2 to 18 cents per head, according to Pendell’s study.

In an interview, Pendell said that if a disease broke out, packers would be in a better position to cut production costs, thus minimizing damage to their business. “Packers have the ability to say, ‘Hey, we don’t need as much product,’” he said.

The country is witnessing that effect as parts suppliers suffer as auto makers cut production, Pendell said. “It trickles down to where the last guy is, and that’s what we’re seeing with the coronavirus.”

The Cattle Trace pilot project is nearing an end. Organizers are looking for an executive director and a way to finance a newly formed not-for-profit corporation. The board has a self-imposed deadline to have a self-sustaining program by 2023.

Depenbusch, the board’s chairman, said that even if the USDA revives plans to steer the cattle industry toward birth-to-slaughter electronic tags, Cattle Trace will carry on.

“We have, as an industry, an opportunity to do it ahead of time and on our terms,” he said.

Depenbusch also said he doesn’t expect Cattle Trace to be universally embraced. “I fully anticipate there will be pushback at some point.”