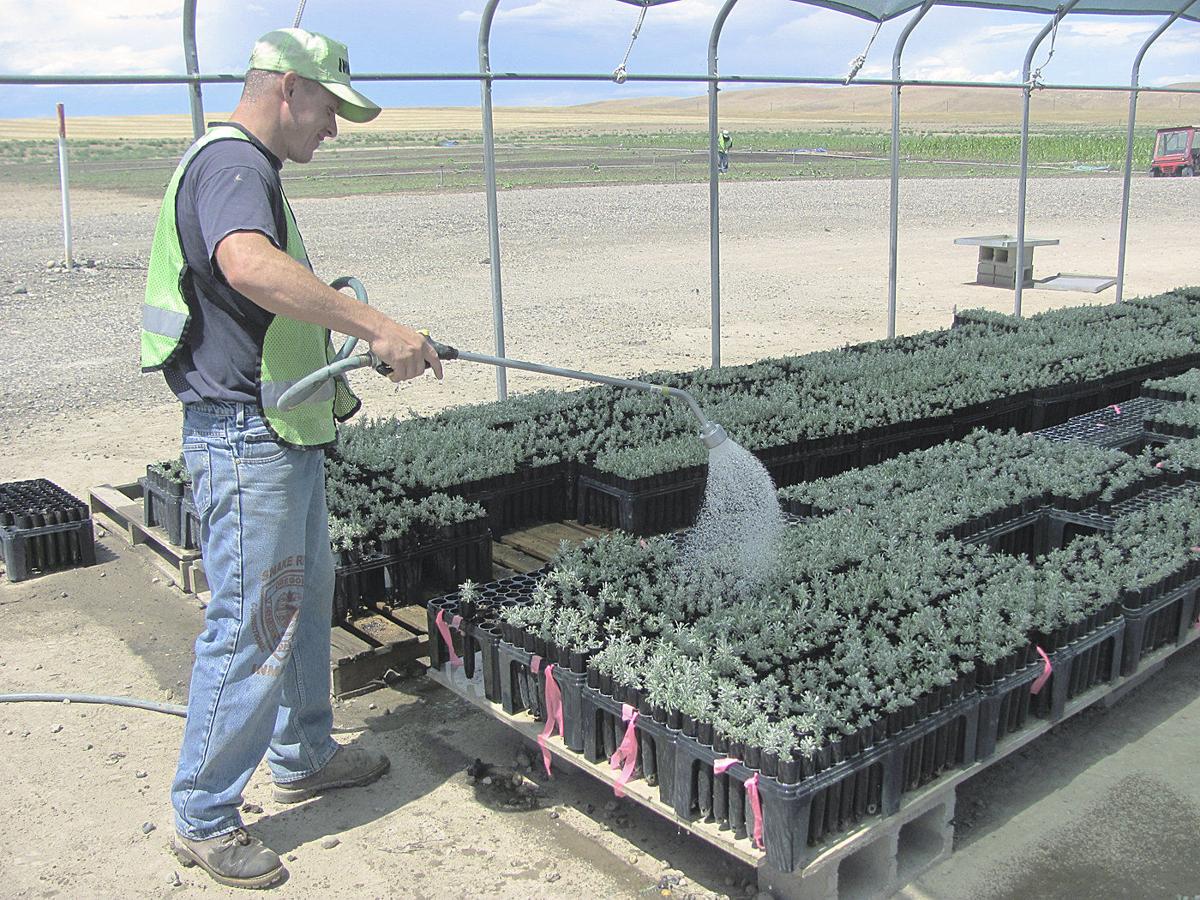 Gerald Strebendt, a former inmate at Snake River Correctional Institution in Eastern Oregon, waters plants while working with the Sagebrush in Prisons project in 2016. 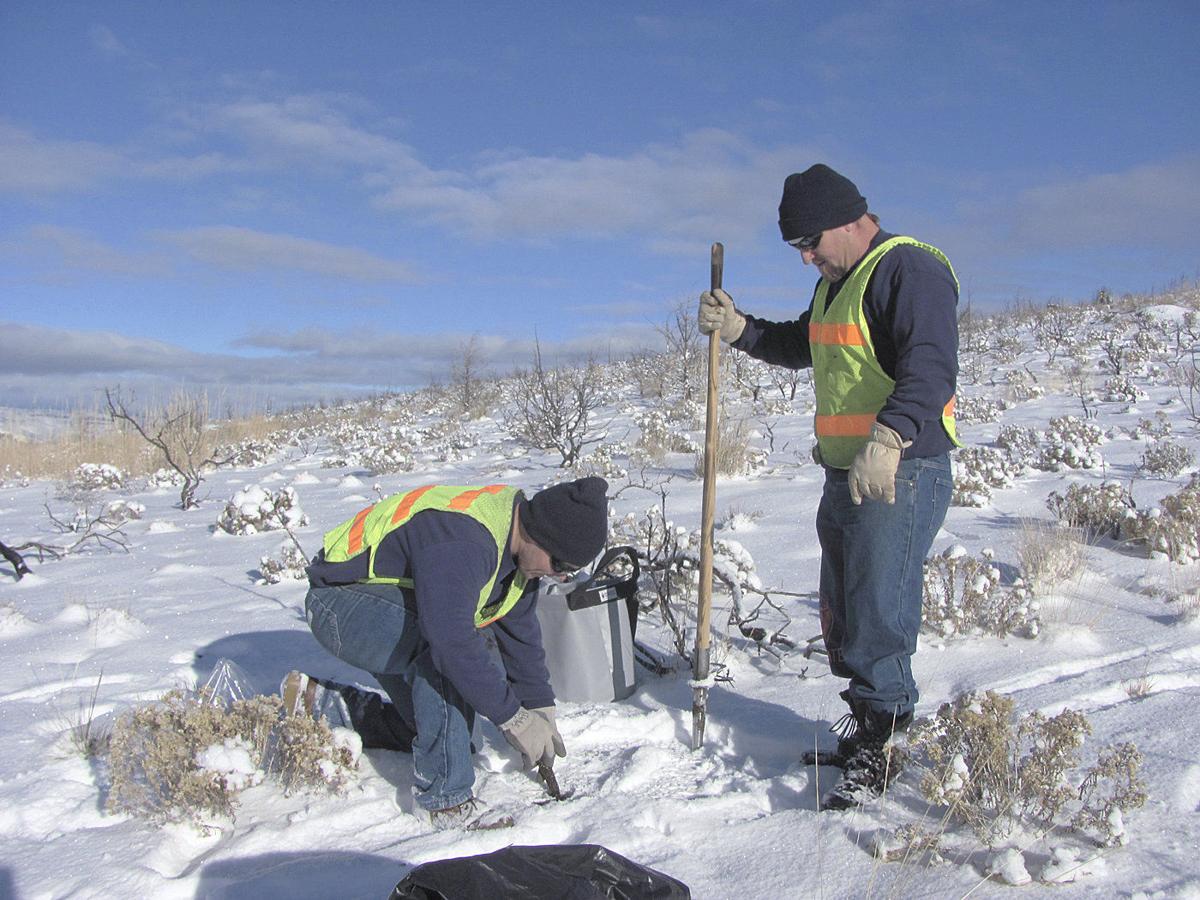 Inmates from Warner Creek Correctional Facility in Lakeview, Ore. plant sagebrush on BLM land burned by the Withers fire in 2016. 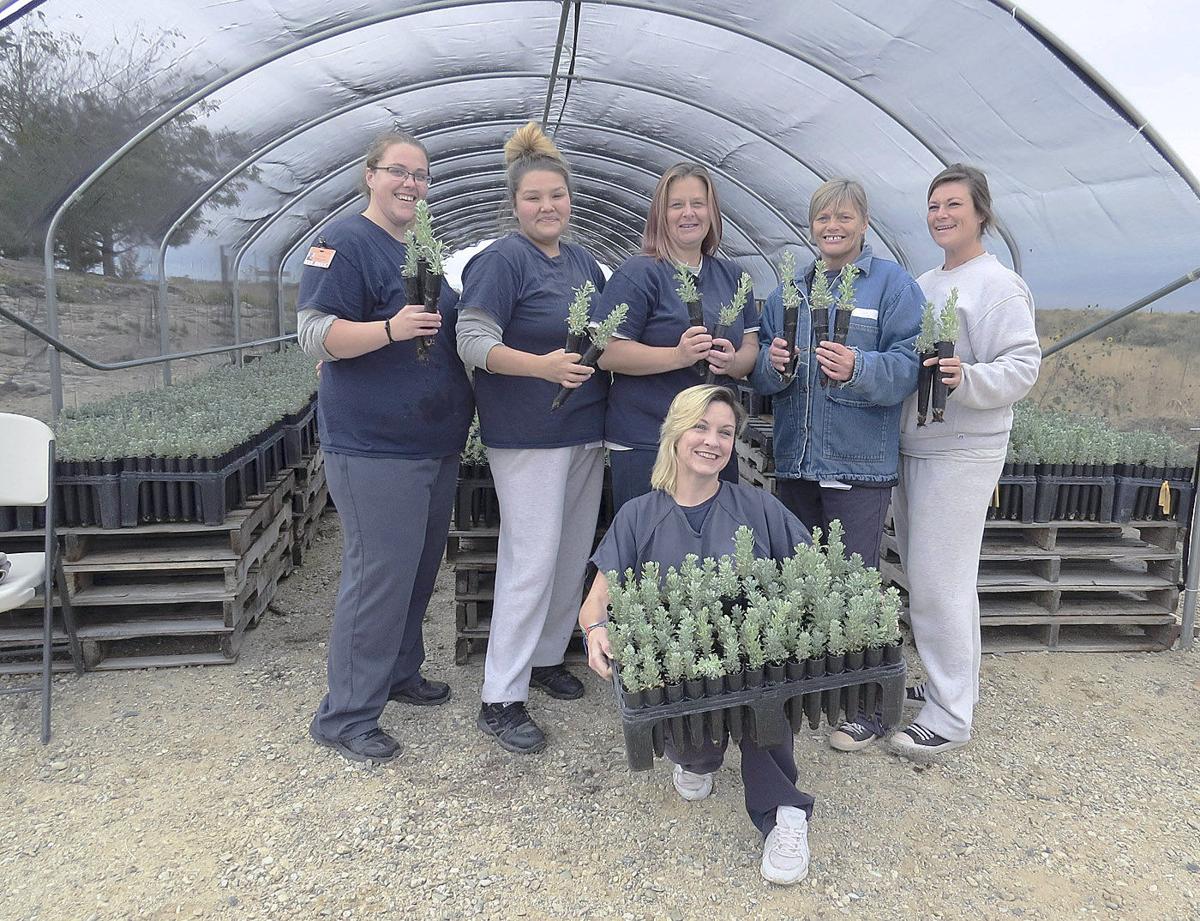 Inmates from the South Boise Women's Correctional Center took part in the Sagebrush in Prisons project in 2017.

Gerald Strebendt, a former inmate at Snake River Correctional Institution in Eastern Oregon, waters plants while working with the Sagebrush in Prisons project in 2016.

Inmates from Warner Creek Correctional Facility in Lakeview, Ore. plant sagebrush on BLM land burned by the Withers fire in 2016.

Inmates from the South Boise Women's Correctional Center took part in the Sagebrush in Prisons project in 2017.

Oregon Sens. Ron Wyden and Jeff Merkley are calling for the U.S. Department of the Interior to continue funding an innovative prison work program designed to rehabilitate fire-scorched rangeland and restore habitat for sage grouse across the West.

The Sagebrush in Prisons Project started as an environmental partnership between the Bureau of Land Management, Department of Corrections and the Institute for Applied Ecology, a nonprofit conservation group based in Corvallis, Ore. As part of the program, inmates grow sagebrush seedlings, which are then transplanted onto BLM land ravaged by wildfire.

Tom Kaye, executive director of the Institute for Applied Ecology, said the project is not only environmentally beneficial, but provides inmates with valuable skills and work experience for when they are released.

“This is a classic win-win program,” Kaye said. “It’s about making healthy rangelands, and healthy communities.”

However, the Sagebrush in Prisons Project faces an uncertain future after a funding agreement for roughly $500,000 with the BLM expired last September. Kaye said he is still waiting to hear whether it will be renewed.

“We’re very hopeful this is a program that will keep going,” he said.

Wyden and Merkley, both Democrats, are also pushing the government for answers. They stressed the importance of the program in a letter sent Feb. 15 to Secretary of the Interior Ryan Zinke.

Loss of habitat due to wildfire is one of the pre-eminent risks for listing the sage grouse under the Endangered Species Act, the senators wrote, and the agency’s decision to deny funding is “incongruous and inconsistent” with efforts to keep the bird off the ESA.

A spokeswoman for the BLM said she could not comment specifically on the funding request, but added the department is “focused on learning how and where decisions are made within its bureaus and offices, including those involving grants and cooperative agreements with outside groups and agencies, to see how best to maximize opportunities and ensure appropriate use of taxpayer dollars.”

In the meantime, Kaye said the institute has raised $30,000 in private donations along with a $20,000 grant from the Collins Foundation that will allow them to run the Sagebrush in Prisons Project this year at one prison — the Snake River Correctional Institution in Ontario, Ore. Planting should begin in April.

But that is just a shadow of the program’s reach since it was launched in 2014. After a successful pilot at Snake River Correctional Institution, the Sagebrush in Prisons Project was extended to more than 10 prisons across six western states, including Oregon, Washington, Idaho, Montana, Nevada and Utah.

“We’ve produced not quite a million plants in that program,” Kaye said.

The BLM Vale District in Eastern Oregon was first to participate in the program in 2014. Susan Fritts, a botanist with the district, said tens of thousands of prisoner-grown seedlings have gone to rehabilitate burned federal lands from the Danner Loop and Saddle Draw fires and to establish a native sagebrush orchard that can produce locally adapted seeds even during drought years.

The survival rate of planting sagebrush plugs has also been remarkably high, at around 70 percent, Fritts said.

“We talk a lot about sage grouse and the importance of sage grouse on the landscape,” she said. “Sagebrush is one of the key (plant) species for them, whether it’s habitat or food.”

So far, the sage grouse has managed to avoid an ESA listing that ranchers fear would add more onerous land use regulations for grazing cattle.

The Sagebrush in Prisons Project also has a positive effect on inmates, project leaders say. Toby Jones, an inmate at Warner Creek Correctional Facility in Lakeview, Ore., said the program has helped him, too.

“The sagebrush program has been very good for my soul,” Jones said. “This project has done more than rescue the sage grouse, it’s allowed us men to do and be something positive.”

Fritts said she would love the see the program expand again, and the agency is looking at how it can continue funding in the future. Kaye, director of the Institute for Applied Ecology, said the issue should not boil down to partisan politics.

“There’s this slew of potential benefits,” he said. “There are impacts on the environment, and impacts on our human communities.”