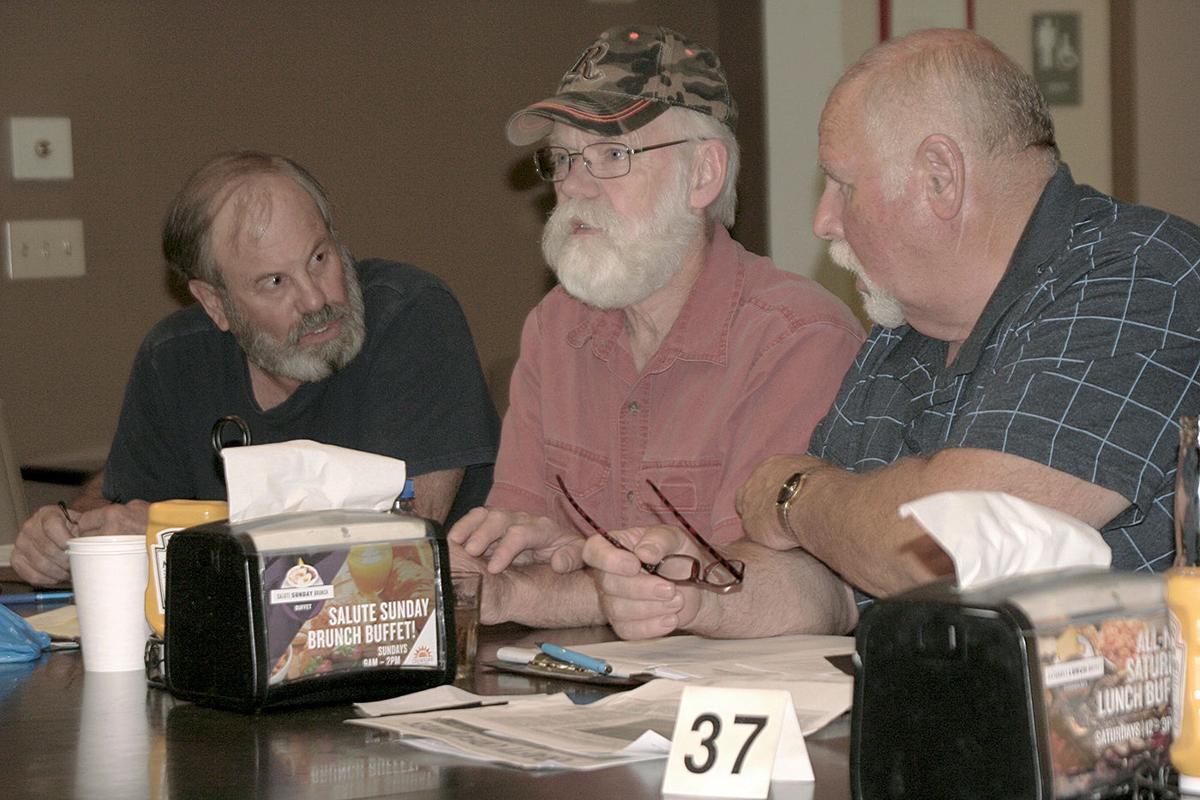 The banner was posted near Chewelah, Wash.

The banner was posted near Chewelah, Wash.

The 9-by-27-foot banner was posted Aug. 30 outside the Chewelah Casino, said Dale Magart, secretary-treasurer of the Northeast Washington Wildlife Group, during an Aug. 28 meeting.

The group describes itself as citizens concerned about wildlife conservation and is composed of landowners, ranchers, hunters and fishermen.

The sign includes photos of a cougar and a wolf, and reads, “Dangerous predators. Protect family and pets,” with phone numbers to report incidents.

“It should be quite visible,” Magart said.

He said the group plans to keep the banner in place through the end of the year.

During the meeting, John Magart, co-chairman of the group and Dale Magart’s cousin, criticized the Washington Department of Fish and Wildlife decision to cancel 16 meetings about wolf post-recovery plans.

Citing concerns about public safety and potential violence, the department will instead offer online webinars.

The public comment period will remain open until Nov. 1. The department is accepting comments via online survey and in writing.

“There’s too much of this nonsense going on,” he said. “We kind of worry about that with our sign, but if it happens, it happens. There isn’t a heck of a lot you can do about it. ... I want everybody here to know this group is not about nonsense, it’s about common sense.”

Gary Douvia, a director of the group, encouraged members to make comments, because hunters and fishermen historically don’t participate in webinars.

“Instead of having to face the competition and conversation and questions, they go to webinars so no one has to be accountable for anything,” he said of the department. “It’s one of the ways they use to restrict the input.”

Bart George, wildlife biologist for the Kalispel Tribe of Indians, outlined plans to collar cougars that linger close to people, but haven’t killed anything yet.

“I want them to recognize any human sound as danger and get out of there,” he said.