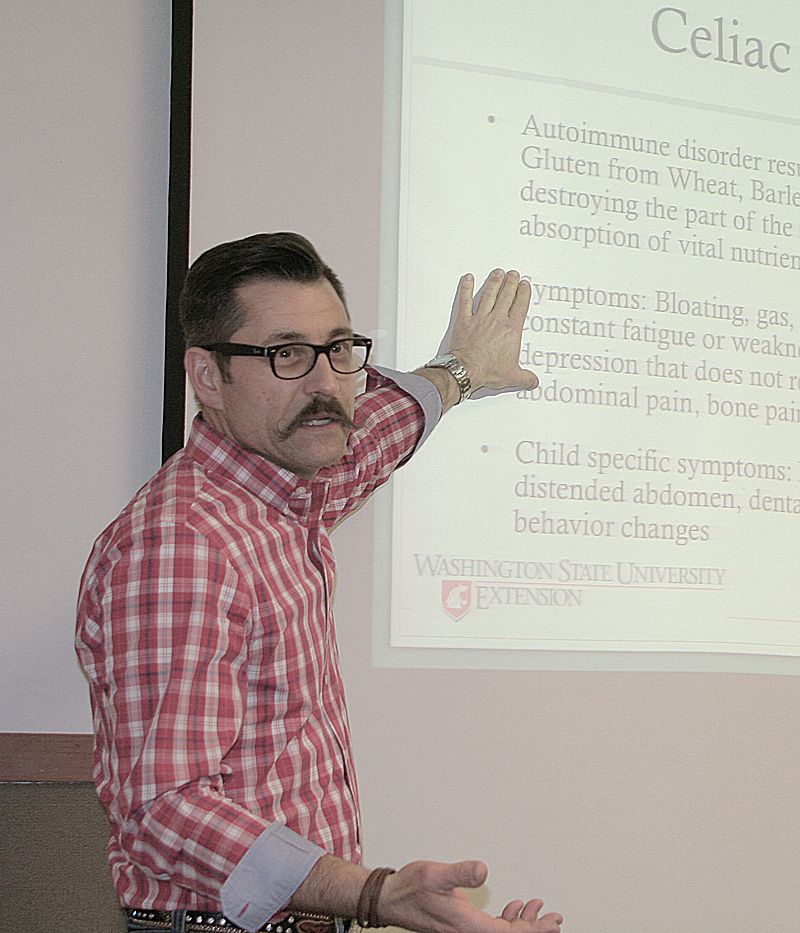 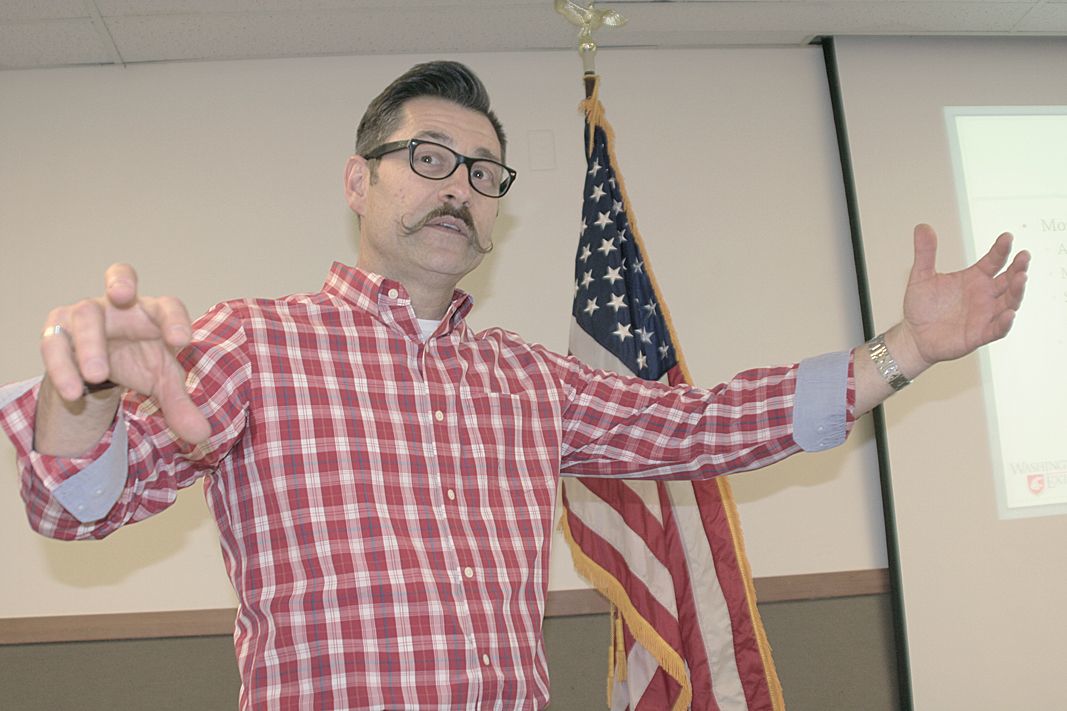 Paul Kuber told members of the Spokane County Cattlemen that celiac disease is an autoimmune disorder in which the body reacts to gluten from wheat, barley or rye as if it were a poison, destroying part of the small intestine responsible for absorbing nutrients. Symptoms of gluten sensitivity are the same, but people with it do not test positive for celiac disease.

Cattlemen president Jim Wentland asked Kuber to speak on the subject after a customer expressed concern while looking to purchase beef. The customer claimed to be allergic to grain-fed beef, and the ranchers’ grass-fed cattle were eating a feed mix that contained distillers grain byproducts, Wentland said.

In the U.S., the majority of cattle are grain-fed, Kuber said. Roughly 25 percent of the country’s population prefers grass-fed beef, particularly in urban areas with a higher ethnic population, he said, citing a University of Nebraska study.

“We do have a group of people out there who have chosen to go gluten-free as a result of fad diets,” Kuber said. “A lot of times, the information they get is not predicated on science. It’s off the Internet, word-of-mouth — a lot of that information is just incorrect.”

The Celiac Disease Foundation and Mayo Clinic list fresh meat and unbreaded poultry and fish as safe to eat for patients with celiac disease.

Patients can eat meat from animals that consume a gluten diet because of the protein degradation that occurs through digestion, rendering gluten proteins inactive or non-functional, Kuber said.

In humans, protein digestion begins in the stomach and is completed in the small intestine. In ruminant mammals, which usually have four compartmentalized stomachs, microbes metabolize grain and forage, preparing plant material for the rest of the digestion process.

“It’s either going to be broken down and absorbed or it’s going to be passed through the large intestines and out the other end,” Kuber said. “That’s why people can consume beef that has been fed wheat, rye or barley. There’s no opportunity for (it) to go into a human diet from a piece of meat.”

Kuber said there hasn’t been a lot of concern about grain-fed animals affecting patients with celiac or sensitivity. In researching the topic, he couldn’t find anything that said it was a problem.

“It’s something (ranchers) probably need to be aware of, particularly if they’re trying to market products,” he said. “If someone says, ‘I’m gluten-intolerant; you said you feed your cattle wheat,’ the farmers now can tell them it’s not an issue.”

Report: Damage from August wind storm in Midwest at $7.5B