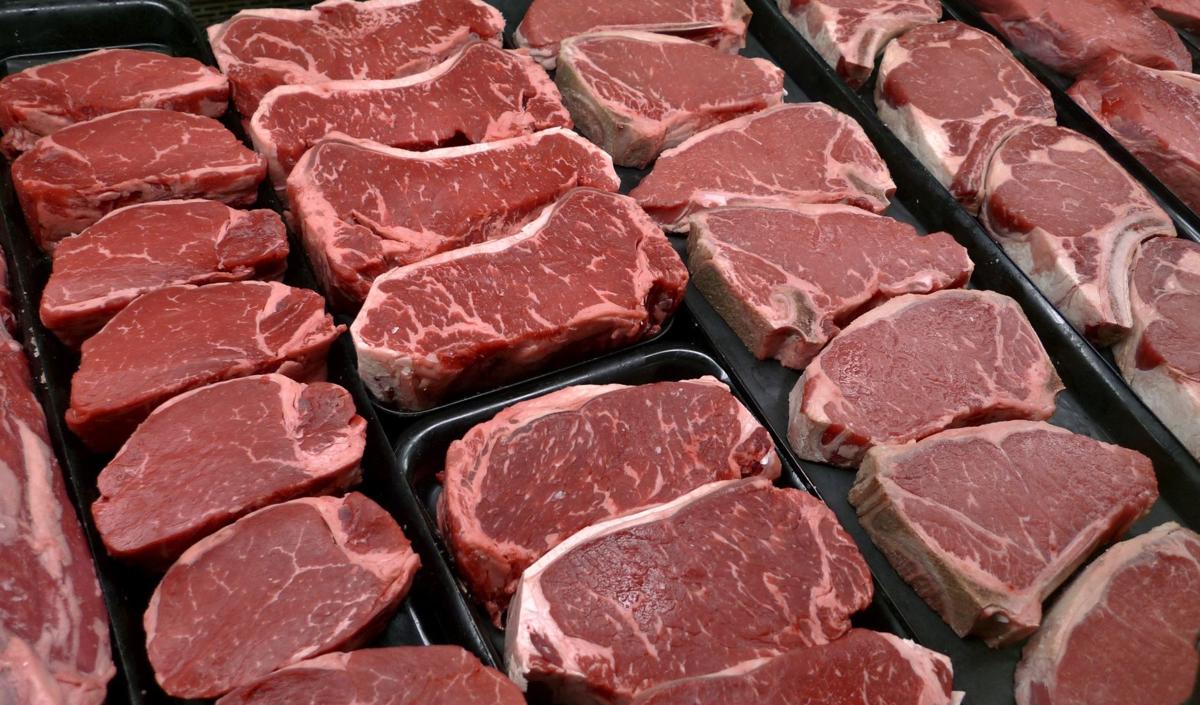 Beef prices went up but cattle prices dropped. A USDA report helps ranchers understand what happened, and when. 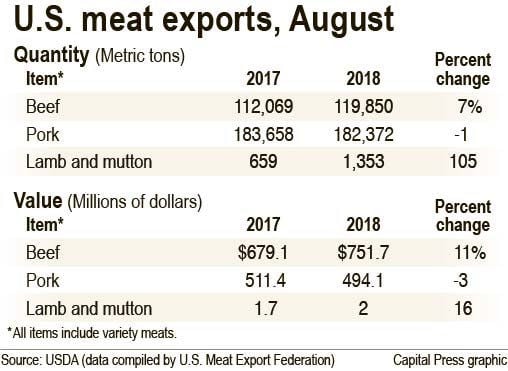 Beef prices went up but cattle prices dropped. A USDA report helps ranchers understand what happened, and when.

U.S. beef exports in August worth nearly $752 million eclipsed the previous record high in May of $722.1 million, according to USDA and U.S. Meat Export Federation.

Pork exports, however, were dinged by retaliatory tariffs by China and Mexico and dipped 3 percent in value year over year and 1 percent in volume, USMEF reported this week.

Beef exports in August totaled 119,850 metric tons, up 7 percent from year-earlier levels. For the third consecutive month, exports of beef muscle cuts set a volume record at 95,181 metric tons — an increase of 9 percent year over year. The value of those cuts increased 13 percent this year to $679.6 million.

“U.S. beef exports continue to achieve tremendous growth, not only in our mainstay Asian markets but in the Western Hemisphere as well,” Dan Halstrom, USMEF president and CEO, said in a press release accompanying the latest data.

January through August, beef exports were up 9 percent in volume year over year to 899,300 metric tons and increased 18 percent in value to $5.51 billion.

Through August, beef exports to Japan were up 7 percent in volume and 11 percent in value to $1.42 billion.

USMEF noted recent headway in market access, with favorable terms for U.S. beef exports being preserved in Mexico, Canada and South Korea and trade talks getting underway with Japan.

“A trade agreement with Japan would bring opportunities for even greater expansion as U.S. beef becomes more affordable for Japanese consumers and is back on a level playing field with Australian beef,” Halstrom said.

Beef exports January through August accounted for 13.5 percent of total U.S. beef production with an average value of $318.66 per head of U.S. fed slaughter — a 16 percent increase year over year.

While pork exports January through August were 1 percent ahead of year-earlier levels in volume and 3 percent higher in value to $4.32 billion, they took a hit in August.

“Pork exports have posted an impressive performance in 2018, but the retaliatory duties are clearly a significant obstacle,” Halstrom said.

Through August, U.S. lamb exports were 60 percent above last year’s level in volume and 20 percent higher in value to $15.4 million.

Brown extends restrictions on 21 counties to fight rise in infections