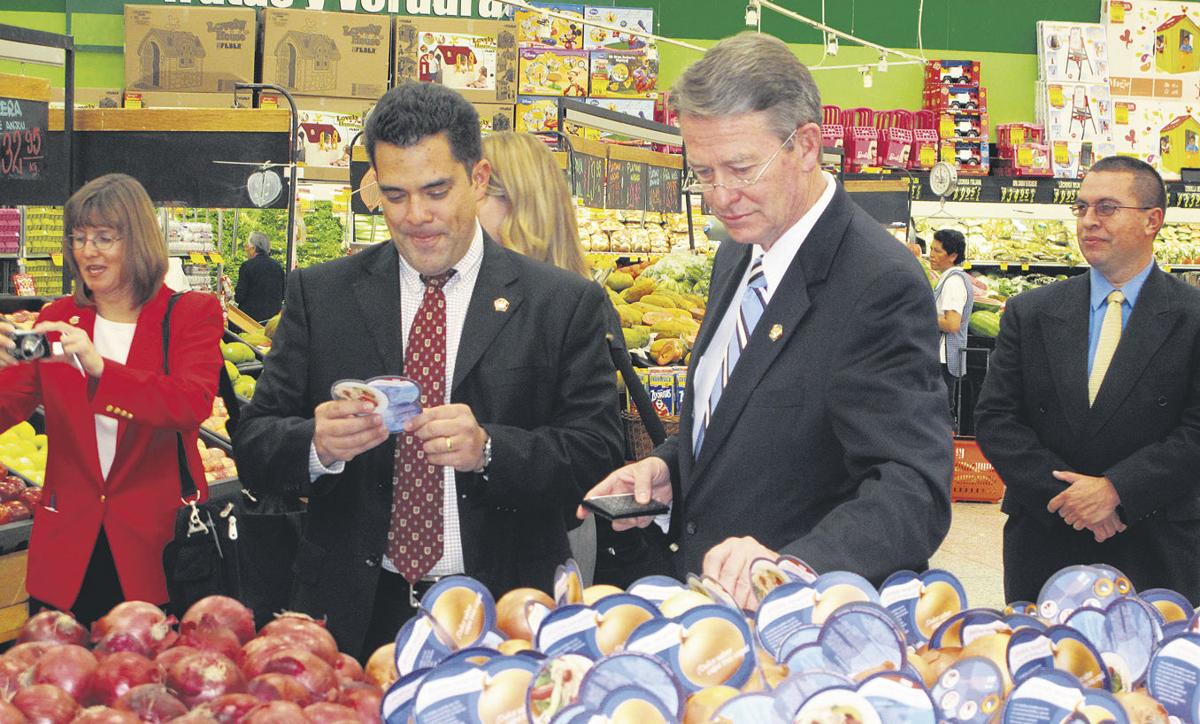 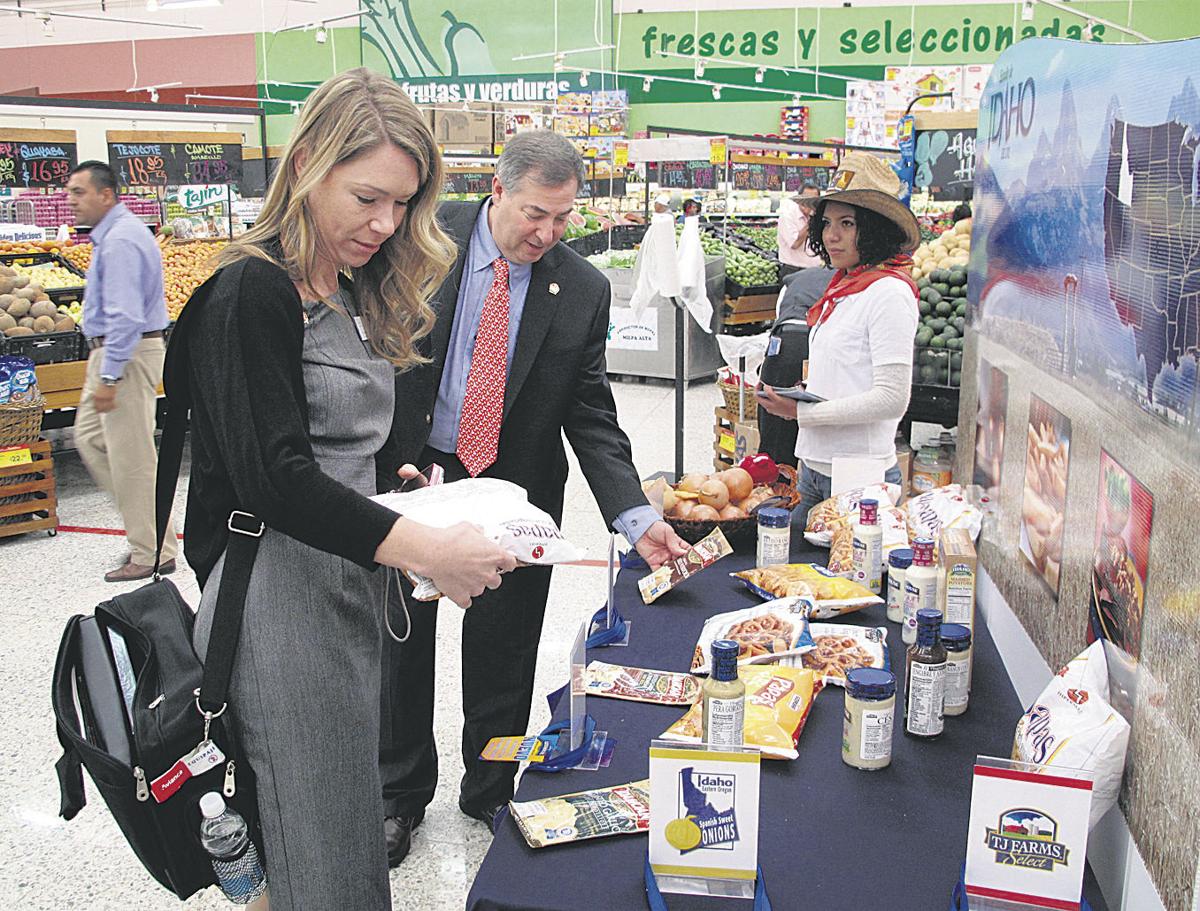 Quality was a major issue during the mission and industry officials interested in purchasing Idaho farm products made it known they are looking for a reliable supply of high-quality goods at competitive prices.

As a result, Idaho officials spent a lot of time explaining how the state's 3 million acres of irrigated land consistently produces high-quality crops. Lt. Gov. Brad Little, a farmer and rancher, explained how Idaho's small population and distance from major markets has led the state to specialize in producing high-quality, value-added products.

In meetings with some of Mexico's and the world's largest food companies, high-level officials made it clear any long-term relationships hinged on quality.

Roberto Servitje, the owner of Grupo Altex, the largest miller in Mexico, said if a supplier can provide his company with high-quality wheat, "That's assurance for the long run. Otherwise, it's a one-time deal ... and it's done."

Though some participants visited both countries, the majority of the ag-related meetings and contacts occurred in Mexico.

Little, who led the 35-member mission Dec. 3-10, said Idaho's products and the Mexican companies' demands for quality are a good match and he expects the trade mission to result in a significant amount of sales for Idaho farmers and companies in the short- and long-term.

"There's no question there's going to be sales. The issue is how many," Little said. "I think Idaho companies and farmers and the citizens of Idaho will benefit from this trade mission."

According to Idaho Department of Commerce estimates, actual and projected sales resulting from the trade mission already total in excess of $30 million. Though companies on the mission aren't ready to publicly release details about deals, the estimate is based on specific quotes and actual deals, said Damien Bard, administrator of IDC's international business division.

"That number is not pulled out of a hat," he said.

The trade mission included meetings with several large grower cooperatives and major retail chains, including La Huerta, an international fruit and vegetable company, supermarket chain Soriana, Mexico's second-largest retailer, and Grupo Altex, the main purchaser of wheat for Grupo Bimbo, one of the largest food companies in the world.

Representatives of several Idaho agricultural commodities and ag-related businesses that participated in the trade mission agreed with Little that it was a success.

The mission was so successful for Mountain States Oilseeds, which contracts about 30,000 acres among 100 growers, that the company left Mexico with more demand than production capability.

"This has been an excellent trade mission," said Jason Godfrey, the company's president. "It was well worth the time we spent down there."

Members of the Idaho Bean Commission came away with a plea from Mexican officials to sell their growers certified bean seed immediately because of an emergency shortage, as well as a request from a major distribution company to handle the purchasing and logistics of sales in that country.

In order to sell dry beans in Mexico in larger quantities, Idaho growers need a reliable purchasing and distribution channel and IBC Chairman Lorell Skogsberg believes they may have found it with Alesa, a large Mexican company that can do both.

"We felt our time was very well spent down here this week," he said. "Our hope is this mission will expand business for our growers, shippers and dealers.

Representatives of Idaho's potato industry believe the contacts they made in Mexico could result in an increase in sales of frozen potato products to that country.

Members of the Idaho Potato Commission and Teton Valley Ranch, a division of Nonpareil that sells frozen potato products, were able to meet with top-level officials from Soriana and La Huerta, which dominates the country's foodservice industry.

Though Soriana already sells frozen Idaho potato products, company officials told the delegation they were interested in expanding that business.

"We do believe we can do more (business) tomorrow," said company subdirector of perishables Miguel de la Pena Silva, who added that the company welcomes "the opportunity to find new business with you."

The president of La Huerta, Felipe Arteaga, told Idaho officials his company is focusing on specialty items such as frozen potato products.

Arteaga sent Teton Valley Ranch representative Mark Gabrylczyk an e-mail a half an hour after their meeting asking him to contact him again.

A representative of a major retailer in Brazil told potato industry representatives his company is interested in higher-value frozen products, which Idaho's spud industry specializes in.

"There is definitely potential there," said Seth Pemsler, vice president of IPC's retail and international divisions. "It was very worthwhile for us to investigate the value of Brazil."

"It was a very promising meeting," said Dennis Brower, director of marketing and commodities for Idaho Farm Bureau Federation, which has already established a relationship with Altex and represented wheat growers during the meeting.

Servitje, who knows Cuban leader Fidel Castro personally and owns two mills in that country, also invited Idaho officials to join him on a trip to Cuba to look for business.

"We can connect you to the people we know that buy," Servitje said.

"That would be very helpful; we appreciate that," said Idaho State Department of Agriculture Director Celia Gould, who was part of Idaho's trade mission to Cuba in 2007. "It's definitely a place we need to go back to again and reach out to."

Even in meetings where potatoes, dry beans, wheat or oilseeds were the subject, Little and Gould reminded Servitje and other business representatives the state produces a lot of other agricultural commodities as well.

"I promise you, we will do our homework, check them out and let you know," Servitje said.

While the majority of the agricultural meetings took place in Mexico, Idaho Department of Commerce Director Jeff Sayer said Brazil presents an enormous opportunity for Idaho products and the trade mission served as a way for Idaho companies to get a foot in the door.

Tens of millions of people now in poverty will join Brazil's middle class by 2014, he said. "That's an incredible shift in economic buying power. For us to be down there is very significant."

Despite the promising nature of the meetings, Idaho participants said the real work will be the follow-up and that will determine how successful the mission ultimately was.

During a Dec. 9 meeting with leaders of large grower cooperatives representing dry bean growers and officials from Mexico's agriculture department, it became apparent that one of the biggest challenges during the follow-up phase will be financing and cost.

The growers were very interested in bean harvesting equipment sold by trade mission participant Pickett Equipment -- one of them blurted out, "How much," in Spanish shortly after a demonstration video started -- but they were also very concerned about cost and financing.

To help Mexican business representatives do business in Idaho, Little presented them with information about Idaho products and the state's business climate, and Gould assured them the state has a "host of people that can help you at any time."

Scholarship Money Is Available for Students Studying in Irrigation-Related Fields