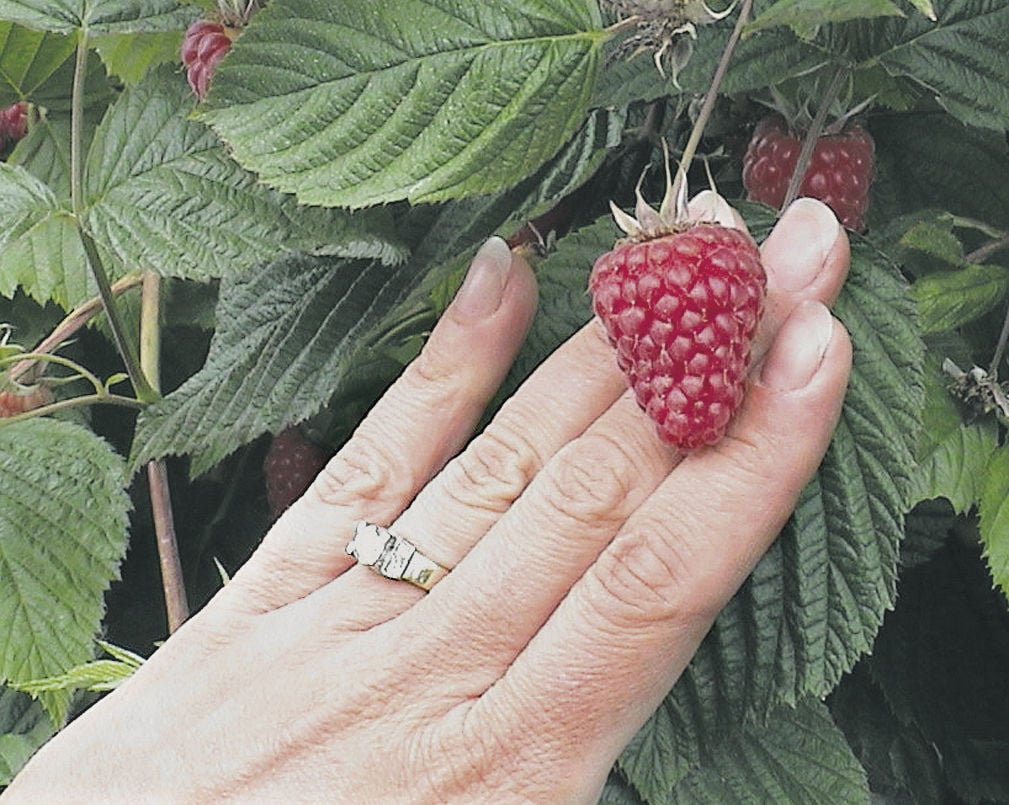 Raspberry Industry Development Council Demand for raspberries continues to be strong, but the weakened economy has taken its toll, industry spokesmen say. 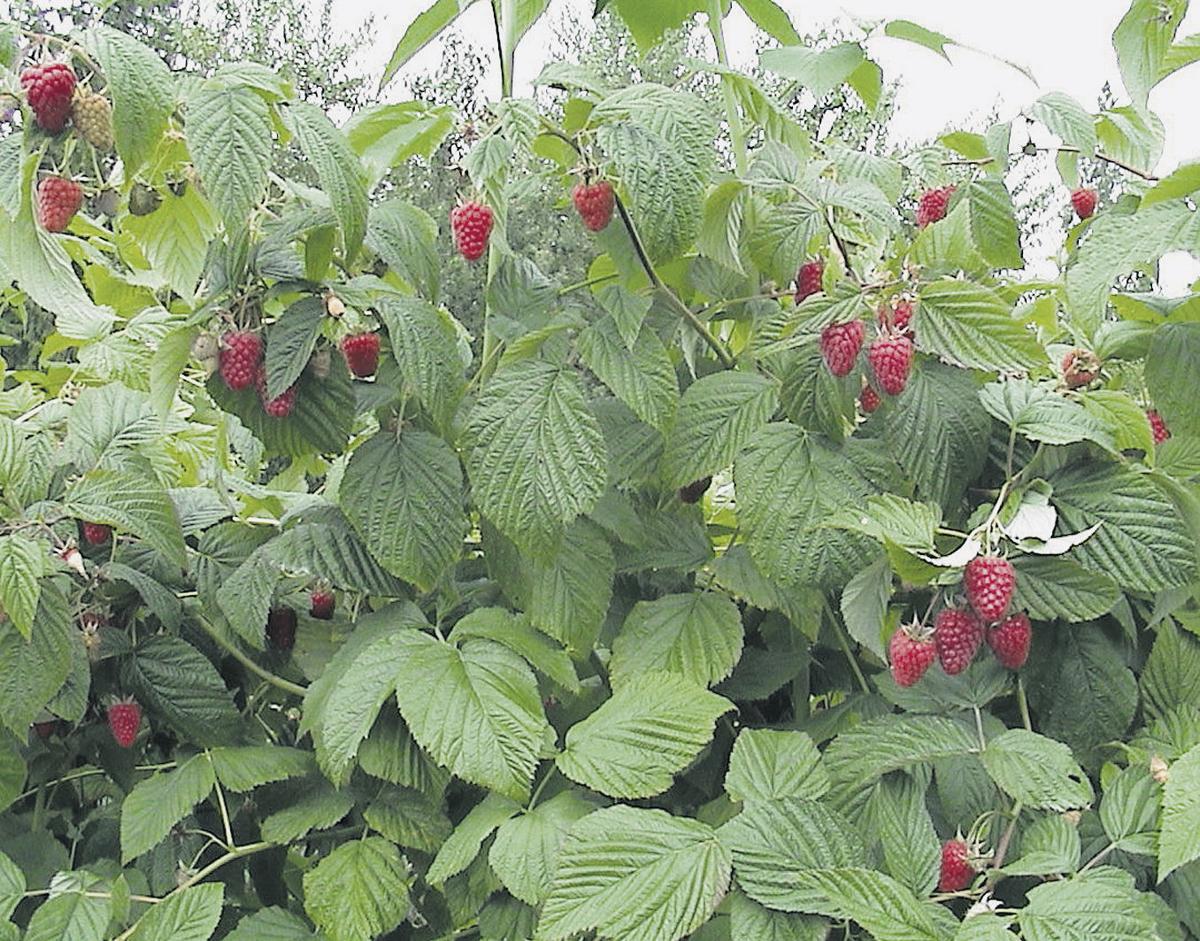 Raspberry Industry Development Council Raspberries are a major crop in British ColumbiaÕs Fraser Valley, where 175 growers produce a crop with a farm gate value of $18 million to $20 million. 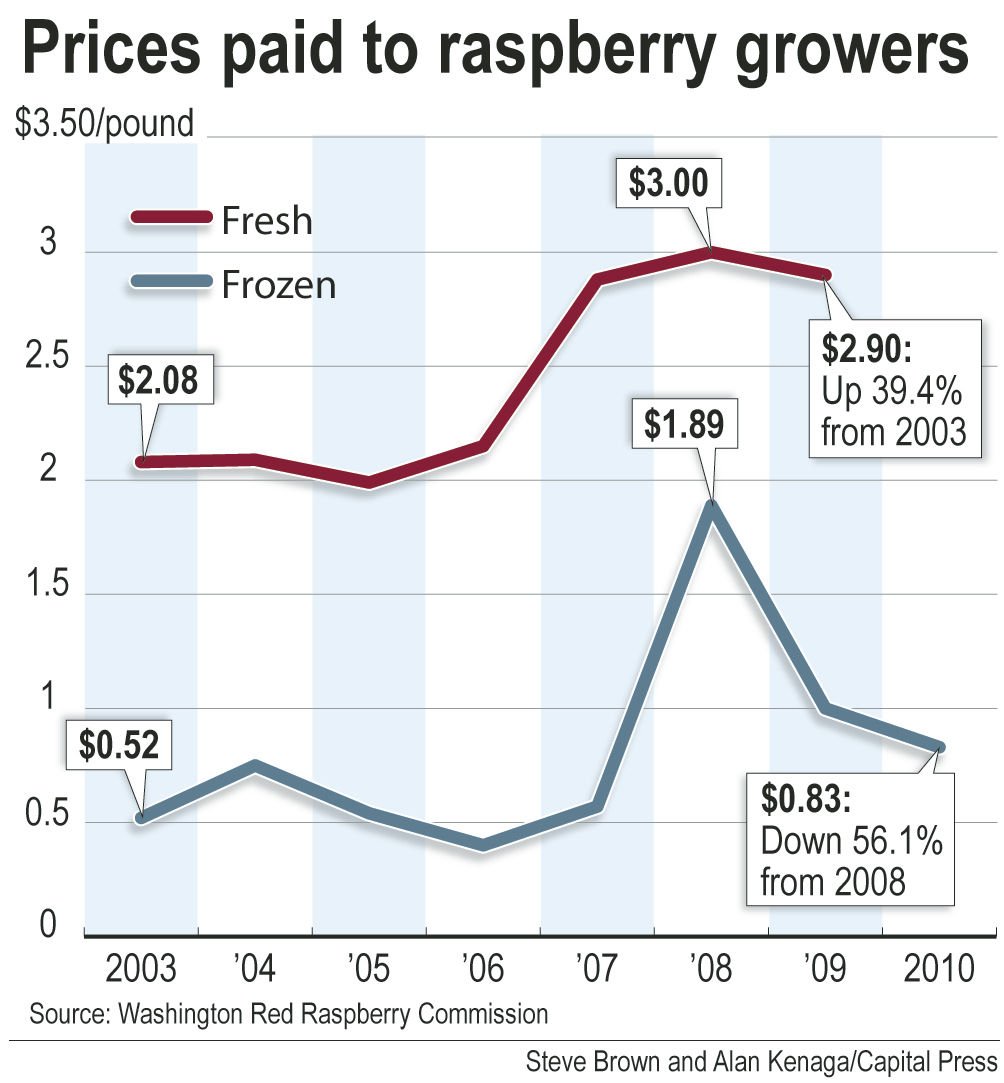 Raspberry Industry Development Council Demand for raspberries continues to be strong, but the weakened economy has taken its toll, industry spokesmen say.

Raspberry Industry Development Council Raspberries are a major crop in British ColumbiaÕs Fraser Valley, where 175 growers produce a crop with a farm gate value of $18 million to $20 million.

Demand for raspberries and blackberries has risen steadily in recent years, and West Coast growers continue to dominate the market.

From California to British Columbia, the market for caneberries is good, industry representatives said.

But the economic downturn has been reflected in demand.

"It's not a robust market because the economy is chugging along," said Henry Bierlink, the Washington Red Raspberry Commission's executive director. "The market is stretched a bit, covering production costs."

It's slow going for blackberries, too, the USDA's Chad Finn said.

Finn, with the agency's Agricultural Research Service, said "not that many" new blackberries were planted last year.

"Plantings over the past five years were steadily upward, so it's not surprising it would back off a bit," he said. "We've got a lot of new varieties, so people are waiting to see if they go well.

"Health benefits are a big driver in blueberries, (but) not so much in caneberries, though they are better in what people have chosen to measure," he said.

* Are high in vitamin C and fiber.

* Provide folate, vitamins B2 and B3, magnesium and other essential nutrients.

* Have 50 percent more antioxidant activity than strawberries, placing them in the top 15 in American Journal of Clinical Nutrition's best antioxidant sources.

Rod Cook, president and CEO of Ag-View Consulting, said the upward trends in caneberries are due in large part to those health benefits.

"There's a resurgence in consumer use of many fruits, and even fast-food companies are breaking into the fruit business," Cook said. "Inventories are down, and more berries are coming into the market this year."

"But the big story worldwide is Mexican production," Finn said. "Caneberry production has expanded from a few hundred acres to 20,000 to 25,000 acres. Meanwhile we're at 8,000 acres."

Mexico's production has benefited the industry overall, he said.

"Mexico has a variety that can have year-round production and pretty good quality," he said. "Their presence in our off-season has helped our industry as a whole."

On the other hand, Finn said, "The (U.S.) industry has done a poor job of promoting frozen berries, for instance, for smoothies and for baking. They're a lot cheaper and a lot better quality product than the fresh berries coming from Mexico."

During July and August, most fresh raspberries come from Canada. In 2009, the U.S. imported 2.3 million pounds of Canadian raspberries, valued at $2.8 million.

Groups on both sides of the border are building a cooperative program, she said, with a federal grant helping to harmonize efforts to increase production.

The Fraser Valley's 175 growers produce about 20 million pounds on 4,200 acres, and nearly all of the raspberries go into processing. British Columbia has 12 primary processors, six individually quick frozen plants, one juice plant and nine fresh packers. Fresh berries are shipped throughout North America and to the Pacific Rim.

"Prices are fluctuating," Gamiet said. "They're low right now; they were high a few years ago. The market's slowly declining, because of high land costs and decreasing yields."

However, she said, there's promise in the development of varieties better-suited for the climate and for machine harvesting.

"Researchers are taking proactive steps in boosting the berry industry, because it contributes so much to the economy," she said.

Percentage of crop to processing: