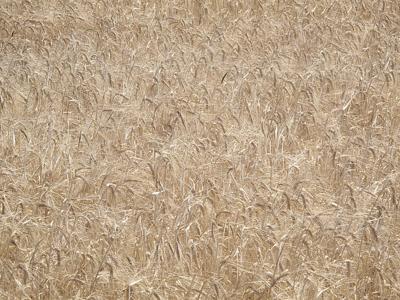 In the wake of the discovery of genetically engineered wheat in Washington state, farmers still have questions, and lots of them.

In June, the USDA Animal and Plant Health Inspection Service announced it was investigating GE wheat found in a fallow field. APHIS expects the current case to follow a timeline similar to previous cases, which lasted six to nine months.

Genetically engineered crops are also known as GE, GM or GMO, for genetically modified organism. The GE trait is referred to as an event.

When discoveries are made, Pacific Northwest growers worry they will disrupt the export market for their wheat.

Key wheat-buying countries such as Japan, South Korea, Taiwan, Thailand and the Philippines will not buy GMO wheat. Japan and South Korea test every shipment.

There is no GMO wheat for sale or in commercial production in the U.S. at this time. GMO wheat has been previously tested.

When GMO wheat is found, growers wonder: Where did it come from? How did it get there? Why does this keep happening?

And maybe they wonder: What if it happens to me?

The Capital Press sent questions about the process that APHIS follows to the agency.

Q: What should farmers be looking for in their fields?

A: If using an herbicide on crops in accordance with label guidance for removal of volunteers, farmers should be looking for volunteer plants that have survived the treatment.

Q: How likely might a GMO event be in a grower’s field?

A: In our experience, it is rare to find a regulated GE wheat event in a grower’s field. Performance standards and supplemental permit conditions are designed to ensure confinement of regulated field tests authorized by USDA permits and notifications, respectively.

APHIS increased its oversight of outdoor plantings of regulated GE wheat after the discovery of GE wheat volunteers in Montana. The increased oversight included only allowing field tests under permit, increasing the volunteer monitoring period after a field test is completed, and a higher frequency of APHIS inspections, as well as additional reporting during and after planting. If these standards and conditions are properly followed, it is highly unlikely that a regulated event would be found outside the permitted activity area.

Increased inspections and oversight are intended to ensure that the more stringent permit conditions and increased monitoring for persistence in the environment are being done, reducing the likelihood of future incidents.

Q: How does something like this occur? Do we know? If not, why not?

A: APHIS’ past investigations/fact finding interviews and record reviews have exhausted all leads, and in all but one GE wheat incident, have not conclusively determined specific causes. For the 2014 GE Wheat incident at a research facility in Montana, the APHIS investigation determined failure to adhere to required performance standards for field trials.

Q: If I am a grower and I think I might have a GMO wheat event in my field, what should my first steps be? Do I call APHIS?

A: See our webpage on How to Report an Unauthorized or Accidental Release. The dedicated reporting line of Biotechnology Regulatory Services is (301) 851-3935.

Q: A sentiment I’ve heard expressed by growers: Why does it make sense to call APHIS instead of just burying or burning the GMO plants?

A: If an incident occurs, APHIS requires that compliance with regulations quickly be restored to protect U.S. agriculture, the food supply, and the environment. From a regulatory perspective, it is in the grower’s best interest to report. From a trade perspective, while a detection of GE wheat in an unauthorized location might create market disruptions, finding regulated articles in commerce would almost certainly inhibit trade for a substantial period of time. It is in everyone’s best interest to ensure that does not happen.

Q: Is it standard practice to withhold farmers’ names? Why?

A: Yes, personally identifiable information, including specific locations that could potentially risk revealing one’s identity, are held in strict confidence.

Q: Any other advice for a farmer? Information they should keep on hand?

A: If a farmer has an issue and is unsure if it involves GE wheat, contact APHIS or a university extension agent to help assess the situation. The APHIS webpage has information on how to report an unauthorized or accidental release.

Q: OK, APHIS has been called. What happens next? Who gets contacted, and what do they do?

We accomplish this by gathering as much information as possible about the location where it was found and recent farming practices and land use, physically inspecting and testing areas surrounding where GE volunteer plants were found, and conducting interviews.

We also examine any historic data and records APHIS has on field tests that may have taken place in the area, and what entities were involved. All of these details, as well as collaborating with impacted industry and state partners are part of the process to determine whether any GE wheat has entered commerce, and we work with trading partners to help keep trade from being disrupted.

In tandem with determining the extent of its presence and possible source, we work to ensure that all of the affected wheat is destroyed and that appropriate mitigation measures are taken to prevent long-term persistence.

Q: Is there a typical timeline — the immediate hours, the weeks and months ahead?

A: Each situation is unique. USDA’s initial response is quick, generally within 24 to 48 hours. However, incidents vary in scope and complexity. For example, for the 2013 GE wheat investigation we conducted 291 interviews with wheat growers, grain elevator operators, and crop consultants, as well as interviews with field test plot researchers involved in the testing of the GE wheat.

Our primary objectives after confirming the presence of unauthorized GE wheat is to genetically identify the plant(s), identify possible sources, work with FDA to rule out any food and feed safety risks, determine if the GE wheat has entered commerce, work with trading partners to minimize trade disruptions, destroy any affected wheat, and prevent long-term persistence.

Q: What are the biggest questions APHIS asks?

A: Is this detection GE wheat? What is the event? What is FDA’s assessment of food and feed safety? What is the extent and source of the incident? Has the GE wheat entered commerce? How and when should the GE wheat be destroyed? What should be the long-term mitigation for the incident response? What information will states, industry and our trading partners need?

Q: What goes through an APHIS agent’s mind during an investigation?

A: APHIS inspectors and investigators are thoroughly trained to follow the evidence where it leads them. Throughout the process, they are focused on finding the answers to the questions in the response to (the previous question).

Q: How important is it to keep the industry and its customers informed?

A: It is very important to keep the industry and its customers informed. In 2018, U.S. wheat production was projected at over 45 million acres. In Washington state alone, over 2 million acres of wheat were cultivated producing over 150 million bushels, the majority of which was exported.

In the rare cases when GE wheat has been found on a single farm, timely communication and collaboration with states, industry and importing countries, among others, is vital to minimize trade disruptions.

Q: How did APHIS build its communication/response “tree?” Do you feel it’s working? Could it be improved upon?

A: APHIS is an emergency response agency, which employs an incident command structure for responding to incidents. Our communications and response tree for GE wheat are based off the same strategies we employ when responding to other incidents. USDA has built a system with state officials, industry representatives, universities, crop advisors and other federal agencies to mitigate the issue and analyze potential causes.

Q: Previous investigations have not determined causes. Why?

A: We follow all leads to determine the source of the GE wheat. Although it may be difficult to establish how this occurred, APHIS continues to analyze and gather facts, while swiftly mitigating the issue.

Q: When this happens, a popular grower theory is sabotage. Is this possible? Likely?

A: Past investigations/fact finding have been comprehensive. We cannot speculate on rumored causes.

A: USDA relies on an incident response team with varied skill sets related to the nature of the fact-finding response (e.g. agronomists, ecologists, biotechnologists, crop biologists, compliance and enforcement officers, all who have working knowledge of agriculture and related USDA regulations). We take appropriate measures to collect evidence where it is found.

For example, we perform initial tests in the field to identify possible genetically engineered volunteer plants and collect samples to confirm findings in the laboratory. If unauthorized GE wheat is confirmed, affected locations are put under a mitigation plan intended to eliminate the GE wheat. When the GE wheat is found to no longer be present, these fields/farms are released from regulatory oversight. This may take several years depending upon the specifics of the incident.

Q: At what point do you contact the state department and commodity groups?

A: We develop a communications plan for each incident and notify the impacted state Departments of Agriculture and commodity groups per the plan.

Q: Is there anything about the process you would change if you could? Anything farmers can do to assist?

A: USDA’s process is reviewed after an incident and modified as necessary. We appreciate cooperation from farmers, especially with reporting potential incidents to USDA and information about the history of the farm and past farming practices.

Q: Is there anything else I should be sure to include?

A: USDA understands that farmers’ livelihoods are impacted by these events. Our goal is to protect American agriculture by addressing the unauthorized release, and getting the impacted farmers back into production as soon as possible, as well as facilitating domestic and international commerce.