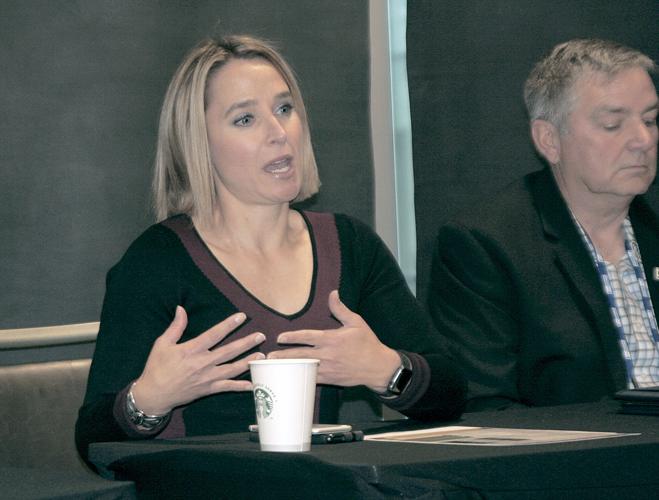 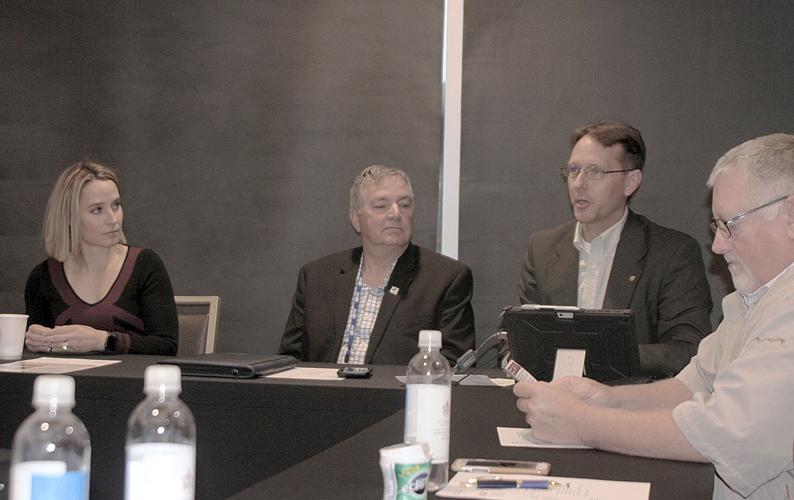 SPOKANE — USDA’s Animal and Plant Health Inspection Service is urging Northwest farmers to “redouble” monitoring of their fields to further assure customers overseas that GMO wheat concerns have been resolved.

The agency and Washington State University are also releasing a one-page grower’s guide to managing herbicide-resistant weeds in the Pacific Northwest.

Grant and Bernadette Juarez, deputy administrator of BRS, spoke to Northwest wheat leaders during the Washington Grain Commission board meeting and a tri-state meeting with the Idaho Wheat Commission and Oregon Wheat Commission Nov. 13 in Spokane.

The agency announced in June it was investigating genetically engineered wheat found in a fallow field in Washington.

USDA identified two varieties, MON71300 and MON71800, which were evaluated in limited field trials in the Pacific Northwest from 1998 through 2005 but never commercialized, according to Monsanto, which is now owned by Bayer CropScience.

The two wheat varieties are resistant to the herbicide glyphosate, which is often sold under the trade name Roundup.

Genetically engineered crops are also known as GE, GM or GMO, for genetically modified organism. A GE trait is referred to as an event.

There is no GMO wheat for sale or in commercial production in the U.S.

Key wheat-buying countries such as Japan, South Korea, Taiwan, Thailand and the Philippines will not buy GMO wheat. Japan and South Korea test every shipment.

WSU and the state Department of Agriculture screen certified samples of wheat seed for the presence of glyphosate resistance.

Scientists screened more than 450 samples and found no evidence of resistance, conclusively supporting that the trait is not in the seed supply, said Rich Koenig, chairman of WSU’s Department of Crop and Soil Sciences. Many of those samples represent certified seed grown in Idaho and Oregon, he said.

Juarez told the grain commission board that she is concerned that Japan’s costs when testing U.S. wheat for GMO traits would ultimately be passed on to American growers in some way. Canada’s wheat is also tested, but not Australia's or wheat from other countries, she said.

Juarez led the investigation in 2013 when GMO wheat was detected in a wheat field in Oregon. She was appointed to her current position earlier this year.

Juarez, Grant and Washington farmer and commission board member Mike Miller spoke to the Capital Press Oct. 13 during the Tri-State Grain Growers Convention, following the meeting of the three commissions.

Q. What is the current status of the investigation?

Juarez: We didn’t open an official investigation in connection with the 2019 incident. Instead, we collected facts surrounding the incident. We determined that the type of wheat growing in the field was one that had been authorized for field testing, and then we focused our efforts on mitigation and really ensuring that we brought the field into compliance as quickly as possible by destroying the wheat and containing it, and ensuring that our wheat supply remained free of any GE wheat so we could continue selling successfully.

Q. Can you say how much wheat was destroyed?

Juarez: We ended up ensuring mitigation was applied to the entirety of the farm, so it ended up being closer to 1,500 acres.

Miller: (The GMO wheat) was randomly dispersed over the affected acres.

Grant: There were really only a couple of acres, if you want to look at the total area affected, but it was dispersed. Some areas were a little bit more concentrated than others, but it was scattered.

Q. Are there remaining steps with the process?

Juarez: Mitigation strategies are in place. We’ve undertaken several steps already. The point that we’re at now is monitoring the field and determining when the next application of an herbicide will occur.

Q. Do you have a timeline to clear the field or the area?

Juarez: It’s an intermittent process that we go through. It will depend on how the field recovers and what we see. I believe we’re looking at roughly a two-year period of time.

Q. In a previous interview, APHIS said “previous investigations/fact finding interviews and record reviews exhausted all leads, and in all but one GE wheat incident, have not conclusively determined specific causes.” (For the 2014 GE Wheat incident at a research facility in Montana, the APHIS investigation determined failure to adhere to required performance standards for field trials.)

What do you make of that?

Juarez: I make of it that it could be a variety of causes. The Pacific Northwest has very unique climatic conditions and growing practices that enable wheat to remain dormant in the soil for an extended period of time. It’s something we’re working with growers and industry now to ensure we’re diligently monitoring for any type of weed that might be resistant in the Pacific Northwest and that, just as any grower would, they are using best management practices to monitor their field and take care of any type of weed that is infringing on their crops.

Q. What is the biggest need at this point?

Juarez: In my view the biggest need is ensuring every grower understands the importance of using best management practices to monitor their fields. One of the reasons we’re here at the Tri-State meeting is to ensure that everyone in the Pacific Northwest is on the same page as we enter the spring season. We want to ensure the growers have access to both materials that can help them and support systems in the event they may have questions as they undertake their survey work.

Q. Any message to farmers?

Juarez: My message to farmers would be that they need to remain diligent in monitoring their fields. I know that they already do that, but we should redouble our efforts.

I also want the farmers to know that USDA is very supportive of the work that they do in American agriculture. We hope this detection of a GE event doesn’t happen again. If it were to happen again, our number-one focus is on mitigating the issue, restoring compliance on that field and supporting the farmer getting back into practices just as quickly as possible.

We will continue to ensure that our commercial wheat supplies remain free of GE wheat. That has always been the case, ever since the first detection. It remains the case to this day. And it’s our goal to ensure it stays that way.

Q. How can the industry be more proactive?

Juarez: By working together and helping to get the message out. We’ve been very grateful for the support we’ve received from the industry and their spirit of working cooperatively with USDA to get the message out. We also appreciate the support and cooperative agreement we have with Washington State University to develop this one-page best management practices to support farmers in the work they do each day.

Q. Anything else we should be sure to include?

Juarez: I think the point that I made about our commercial wheat supply being free and remaining free of GE wheat throughout this period of time, 2013 to the present, is really important. Although we’ve had these three detections in the Pacific Northwest, they remain isolated. Our goal is to ensure we don’t have another one. That’s why this greater awareness and focus and diligence is important.

Folks who are working with implementing their best management practices, should they discover an issue, they should feel free to reach out to their extension service. The folks at WSU have been enormously helpful, Ian Burke (WSU weed science professor) in particular has been open and willing to work with anyone who reaches out to his office. There are plenty of resources available to them if they need guidance on any topic.

I have been covering wheat and other topics for Capital Press since 2008. Recent stories include radicchio, emus, aphids and a Q&A with Washington Gov. Jay Inslee. If you have a news tip, please contact me at 509-688-9923 or mweaver@capitalpress.com

Squires to retire, Chumrau to replace him at Washington Grain Commission