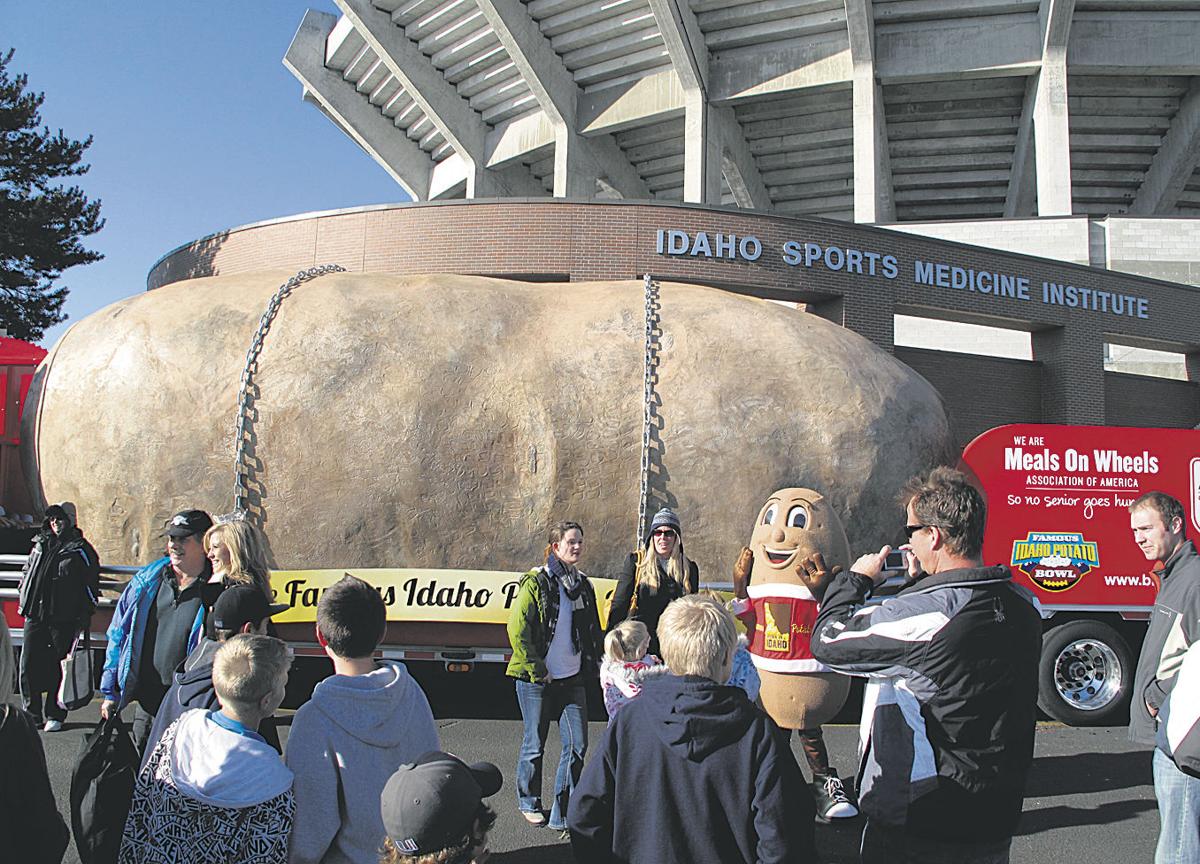 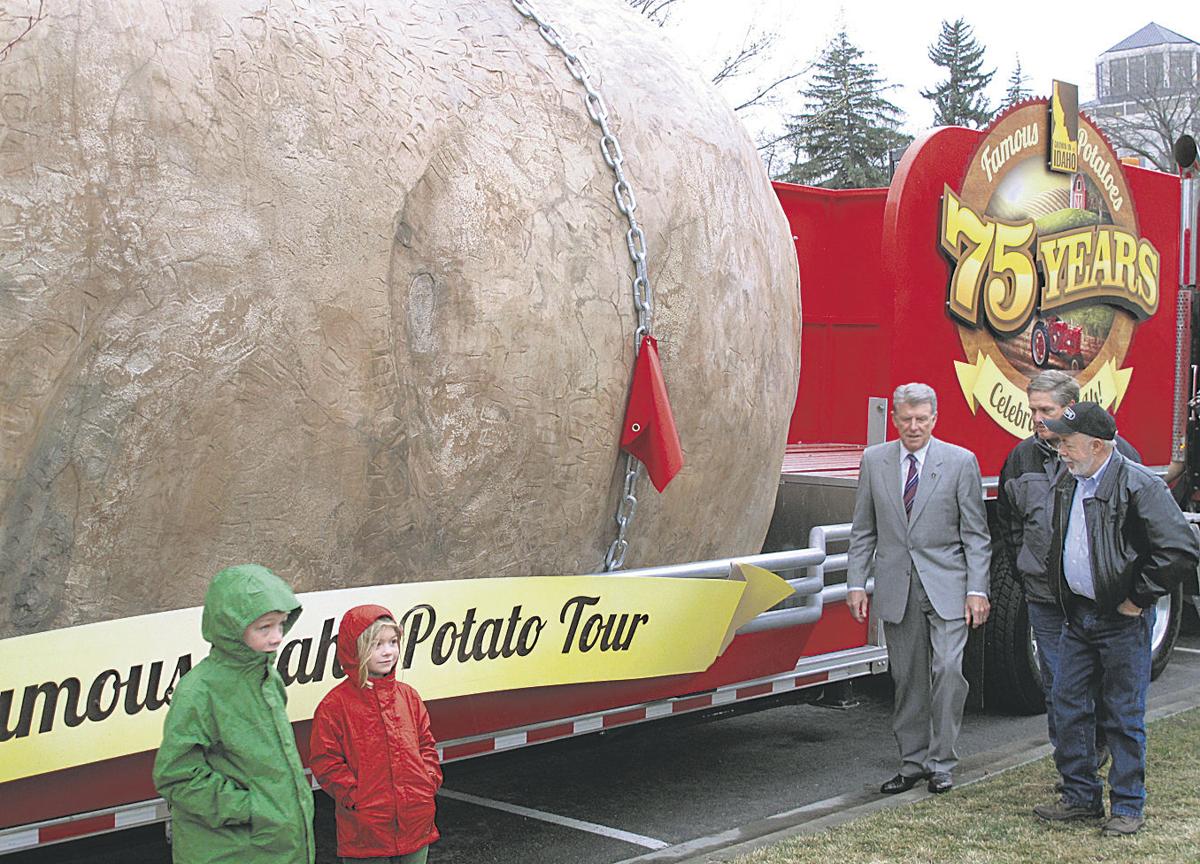 Sean Ellis/Capital Press Two children pose to have their pictures taken in front of Idaho Famous Potatoes truck March 30 in Boise as Gov. C.L. ÒButchÓ Otter, in the grey suit, launches the giant spud on its seven-month journey across the United States.

Sean Ellis/Capital Press Two children pose to have their pictures taken in front of Idaho Famous Potatoes truck March 30 in Boise as Gov. C.L. ÒButchÓ Otter, in the grey suit, launches the giant spud on its seven-month journey across the United States.

Potato will travel around the country for seven months

BOISE -- When Idaho Potato Commission board members began planning how to celebrate the group's 75th anniversary, they set out to do something big.

During a kickoff ceremony Friday that launched the world's largest spud on a seven-month journey across the United States, IPC Commissioner R.J. Andrus said that goal was certainly achieved.

"That is one big potato," he said of the six-ton spud, which will be pulled by a 48-foot-long flatbed trailer.

IPC commissioners expect the giant spud to generate national publicity but Andrus thinks the exposure will end up being much greater than they initially imagined.

"I don't think we can even comprehend yet just how big it will be," he said, as curious onlookers jockeyed to have their photos taken in front of the potato despite a steady downpour that lasted throughout a ribbon-cutting ceremony.

IPC President and CEO Frank Muir said that besides keeping the Idaho brand at the forefront of consumers' minds, the commission also wants to use the campaign to educate people about the nutritional benefit of spuds.

The spud will feature an oversized American Heart Association checkmark to remind consumers that Idaho potatoes are certified by the group as heart-healthy. Social media will be used to drum up excitement about the spud, which is 28 feet long, 12 feet wide, 11.5 feet tall and took a year to build.

"This is an opportunity for people all across America to be reminded just how good potatoes are for them and it reinforces the message we've been communicating for the past eight years: that potatoes are healthy," he said.

Locals and ESPN viewers got a sneak preview of the giant spud Dec. 17 during the Famous Idaho Potato Bowl, which the IPC also sponsors.

The truck will now make hundreds of stops along its journey, including in front of USDA headquarters in Washington, D.C., where Muir said it will toot its horn as a not-so-subtle reminder to federal officials that potatoes should continue to be included in school lunch programs.

"We want to remind them how important it is to keep kids' favorite vegetable on the plate," he said.

The campaign will cost an estimated $800,000, but Andrus said commissioners expect to easily recoup that amount in the form of publicity.

Muir said it's important to keep the Idaho potato brand at the front of people's minds even though several consumer studies funded by the IPC have shown Idaho spuds already enjoy virtually 100 percent brand recognition and are preferred by nine out of 10 consumers.

"You don't see well-known brands like Nike or Coca-Cola pulling back their advertising campaigns," he said. "Every day they're reminding folks just how important their brands are. That's what we're doing with Idaho potatoes."

The giant Idaho potato's journey can be followed online at www.bigidahopotato.com