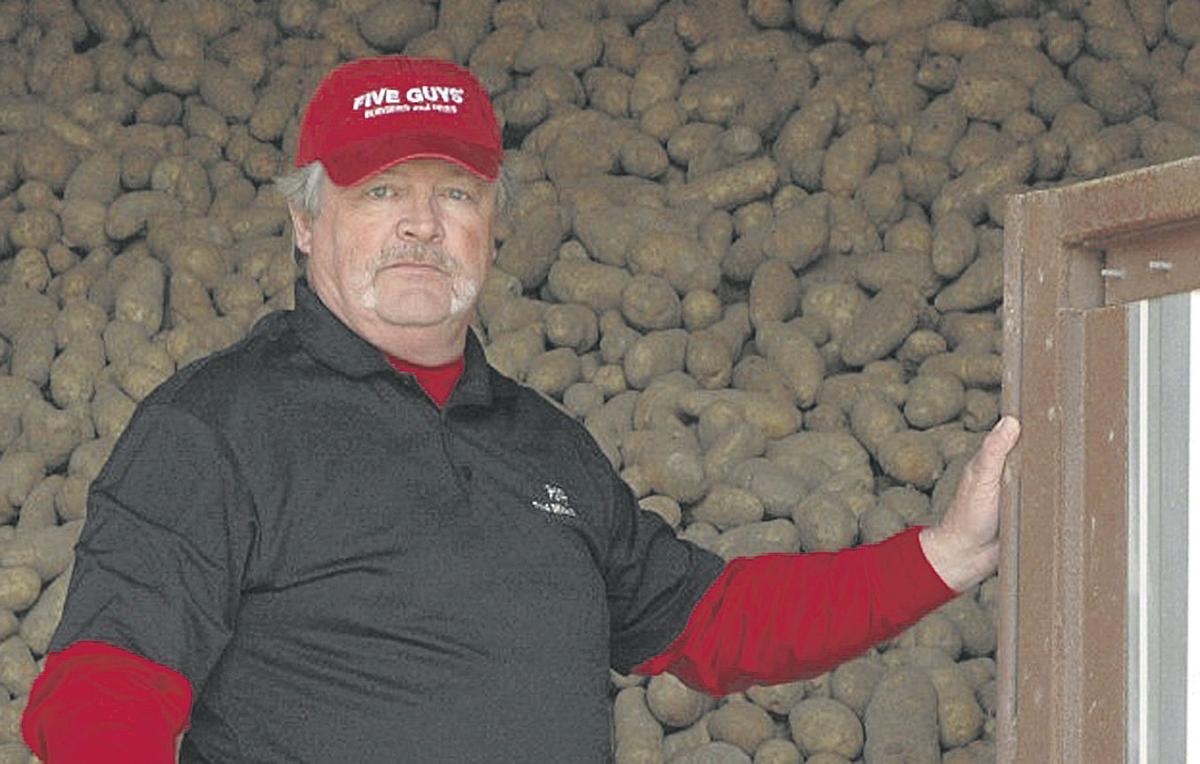 Chain set to double number of retail outlets across nation

Americans recently chose Five Guys Burgers and Fries as their favorite fast-food burger chain, and Idaho spud farmers can be counted among the company's biggest fans.

With 1,078 stores around the nation, Five Guys is now the largest purchaser of fresh potatoes from Idaho.

"They represent (about) 5 percent of all fresh potatoes sold from Idaho," Idaho Potato Commission President and CEO Frank Muir said.

Based on a nationwide survey of 7,600 people by Market Force Information, Americans chose Five Guys as their favorite burger chain for the second consecutive year.

More importantly for Idaho growers, another 1,500 stores are being built.

The Idaho potato brand is an important part of the Five Guys business model and the company actively promotes Gem State spuds in all of its stores. When customers walk in, one of the first things they notice is the 50-pound bags of potatoes with the Grown in Idaho seal placed in the customer section of the store.

Because each store also lists the name and location of the farm that provided those potatoes on white boards placed near the cash register, the company is also promoting individual farmers.

The fact that Five Guys uses Idaho potatoes is a great thing for the state's growers, Muir said, but the company's promotion of the Idaho brand around the nation is equally important.

When the giant Idaho potato truck was making its way across the nation earlier this year, it made a stop in front of the company's headquarters in Virginia.

Five Guys is using about 2.5 million pounds of Idaho potatoes a week and that number is growing quickly, said Rick Miles, owner of Rick Miles Produce in Rigby, Idaho, which provides all the potatoes for Five Guys.

About 100 Idaho growers provide potatoes to Five Guys and some don't even know that's where their potatoes end up, Miles said. While Five Guys prefers to use only Idaho potatoes, some of the spuds sold to the company are sourced from Washington during short spells when Idaho can't meet the demand.

"We can't get enough stuff between the old and new crop to (meet their demand) so we're sourcing some potatoes from outside of Idaho," Miles said.

Molly Catalano, director of communications for Five Guys, said the chain is always putting pressure on MIles even during those times "to see how he can get us as many Idaho potatoes as possible."

"The Idaho potato brand is a high-quality brand and we feel it benefits us by highlighting them in our stores," she said.