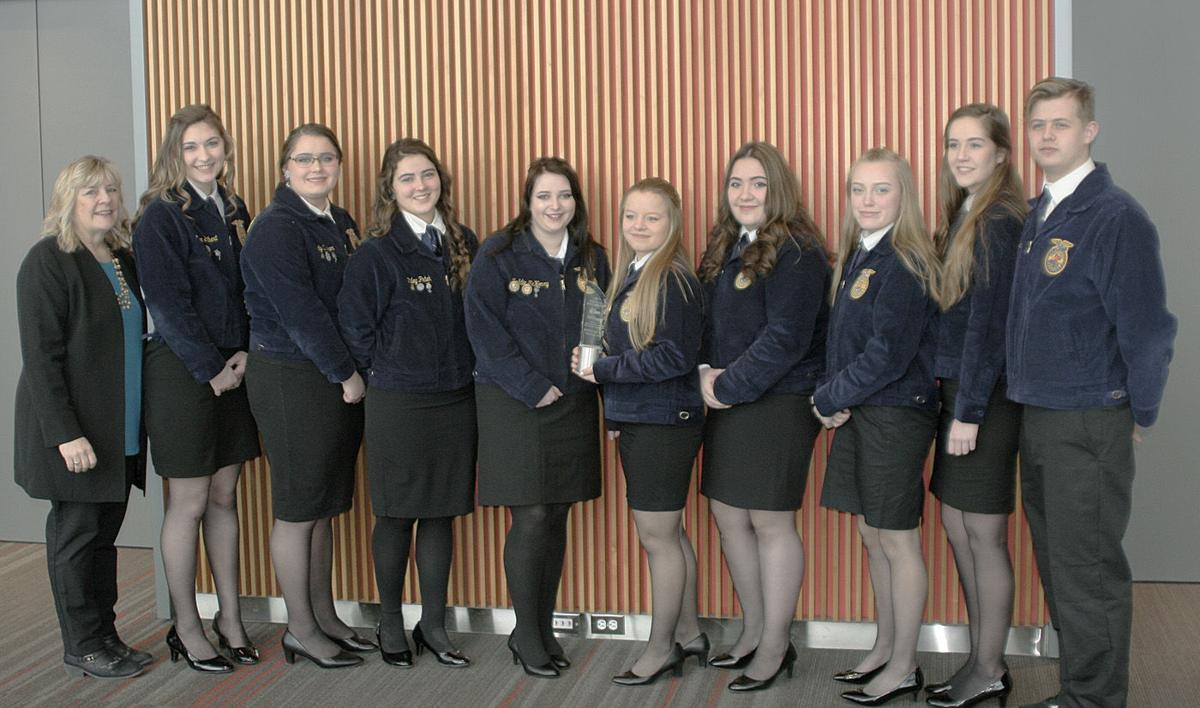 Advisor Jennie Wagner, left, and members of the Medical Lake FFA received the Excellence in Agriculture award for youth Feb. 5 during the Spokane Ag Expo and Pacific Northwest Farm Forum. 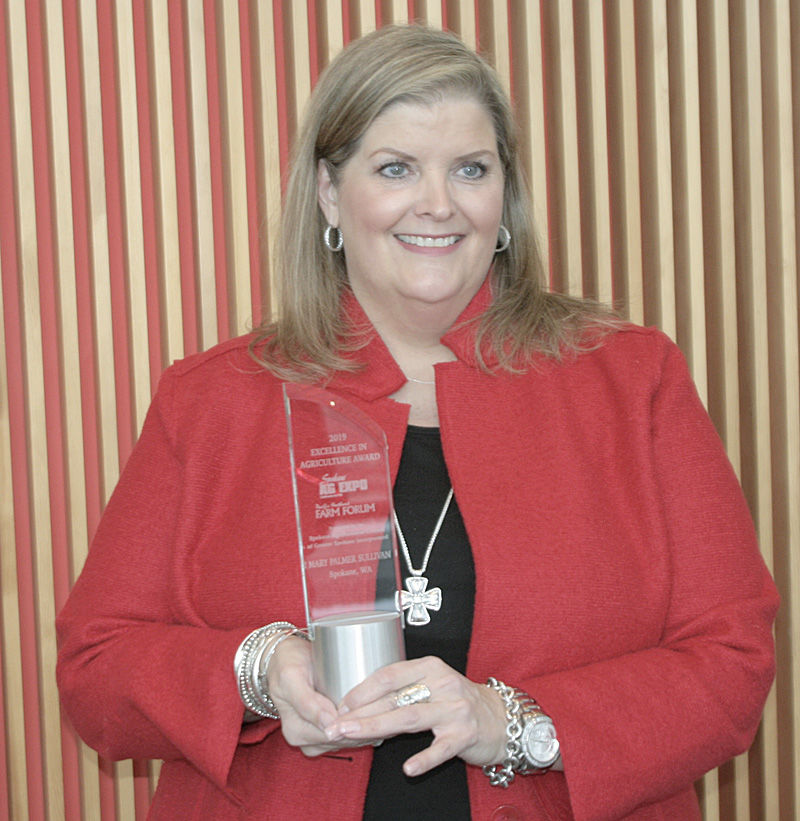 SPOKANE — A longtime grain industry champion and FFA students who are working to spread the word about agriculture to their classmates received were honored during the Spokane Ag Expo.

Sullivan was honored for working for the Washington barley and wheat industries, said Tim Cobb, president of the Spokane Ag Expo board and chairman of the Excellence in Agriculture award committee.

Sullivan oversees Washington State University research for the commission and promotes the industry, leading the commission’s annual tour of the overall production system from Spokane to Portland. She frequently travels to Olympia and Washington, D.C., to educate lawmakers on the importance of agriculture and grains. Sullivan has been with the commission for more than 30 years.

“Being a part of this community has allowed me to promote the amazing Washington wheat and barley industry, as well as make many lifetime friends,” Sullivan said. “I love being part of agriculture, as it’s a family that extends beyond commodities throughout the world.”

The students used a $24,000 equipment grant from the FFA Foundation to purchase an aquaponics system for their greenhouse to raise lettuce and fish for local consumption.

Advisor Jennie Wagner said her students rise to the occasion.

“We live in a military town, and a lot of kids I have here have lived places I have never seen,” Wagner said. “I’ll say, ‘Hey, I think you ought to raise a lamb,’ and they’re like ‘OK.’ I’m a farmer by trade before I became a teacher, and it’s really important that the public understands where their food comes from. These kids work every day to do that.”