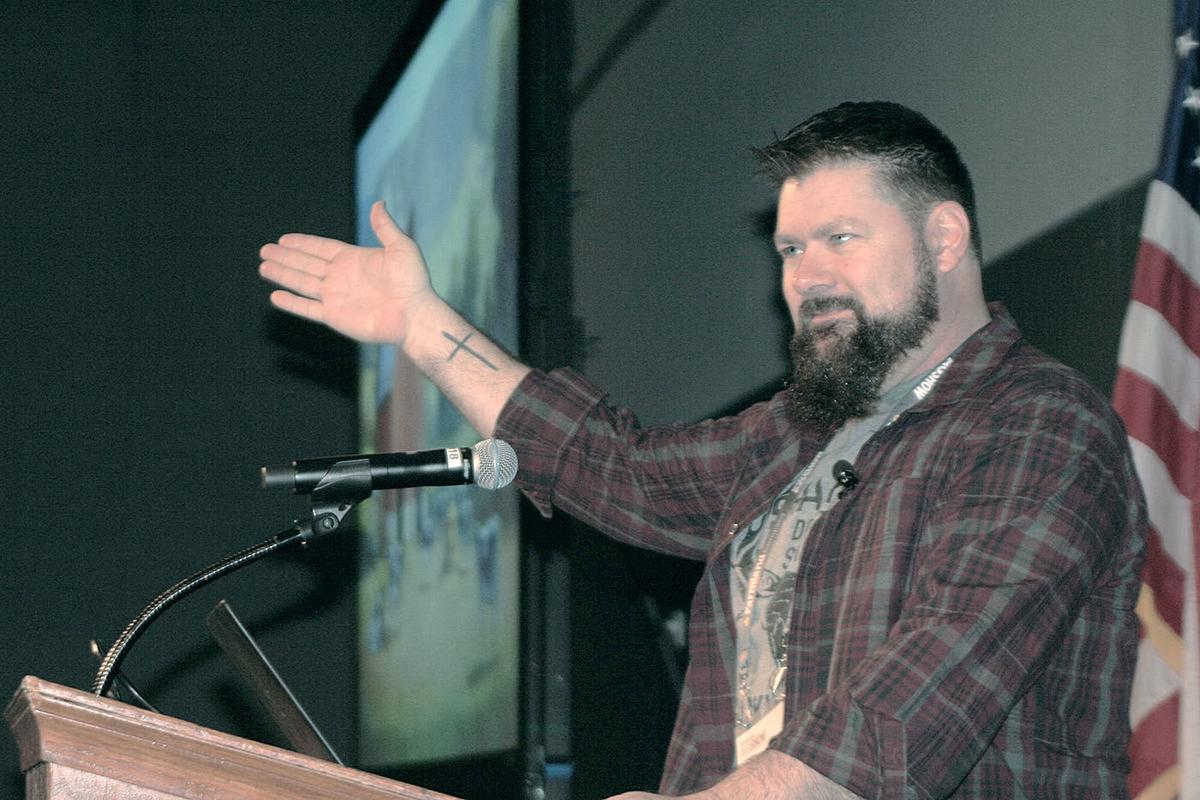 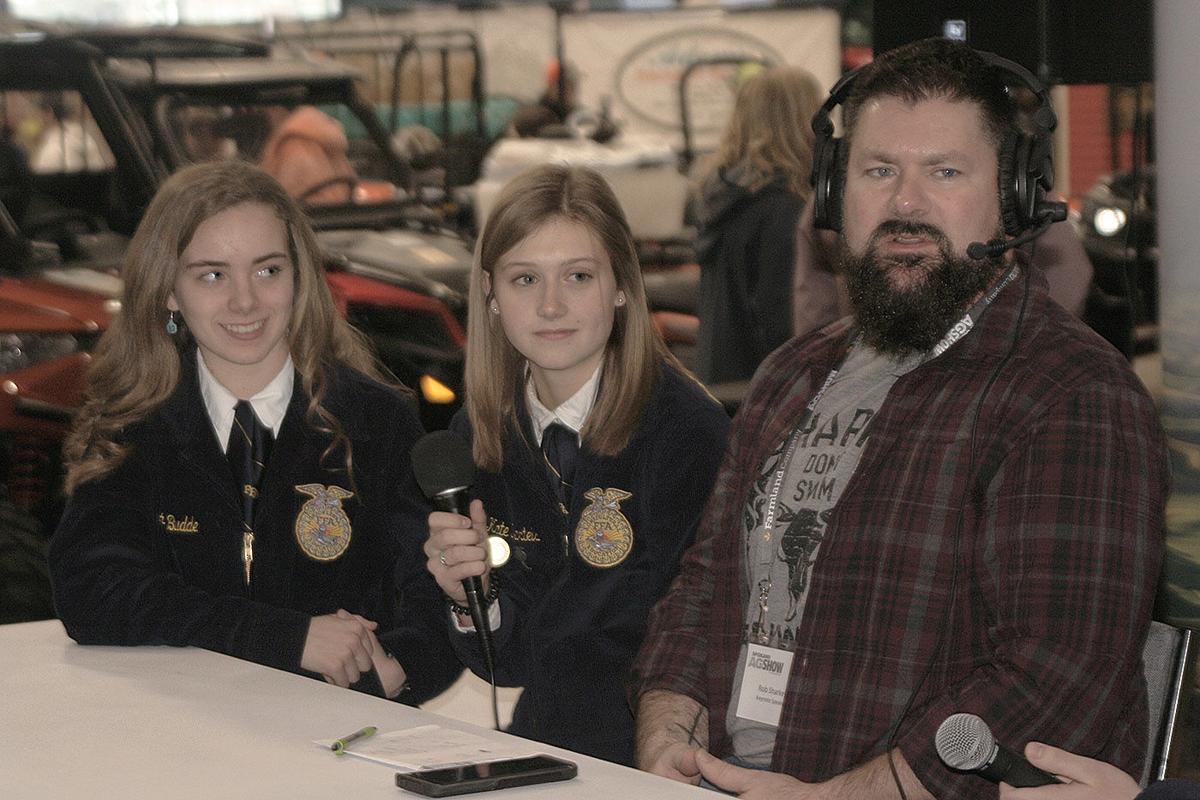 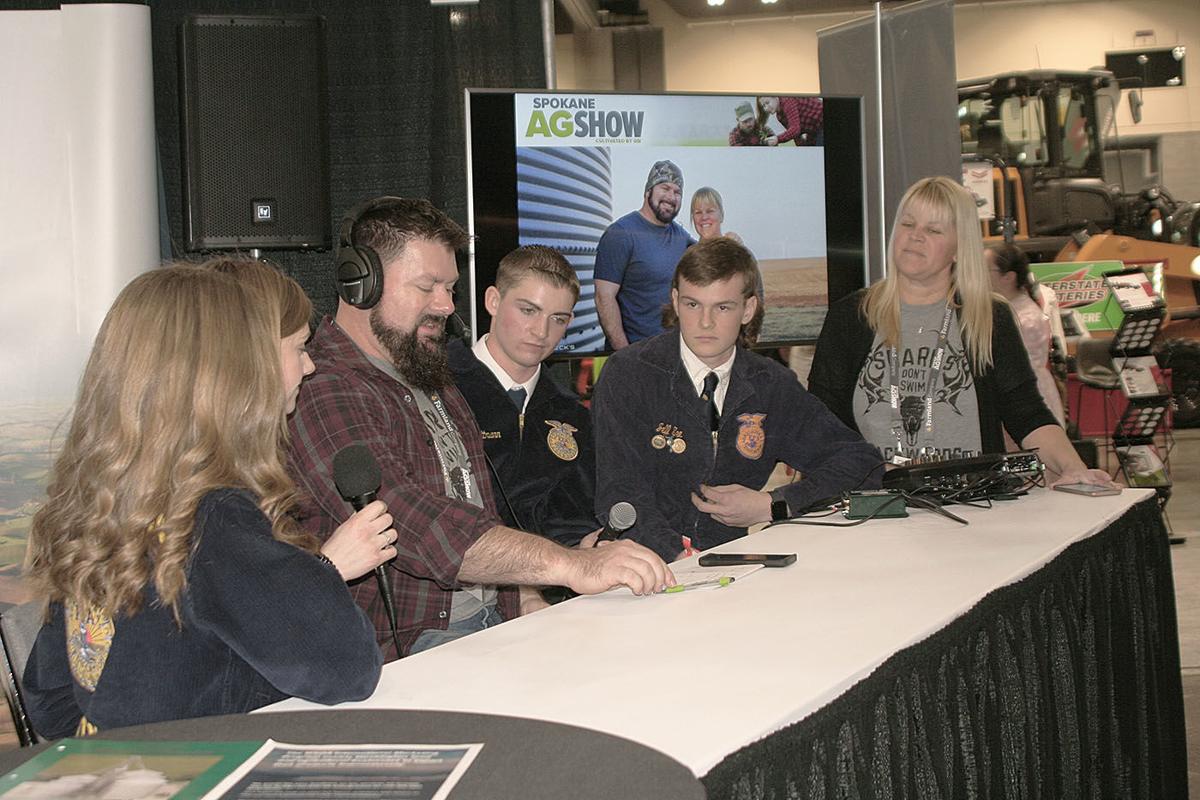 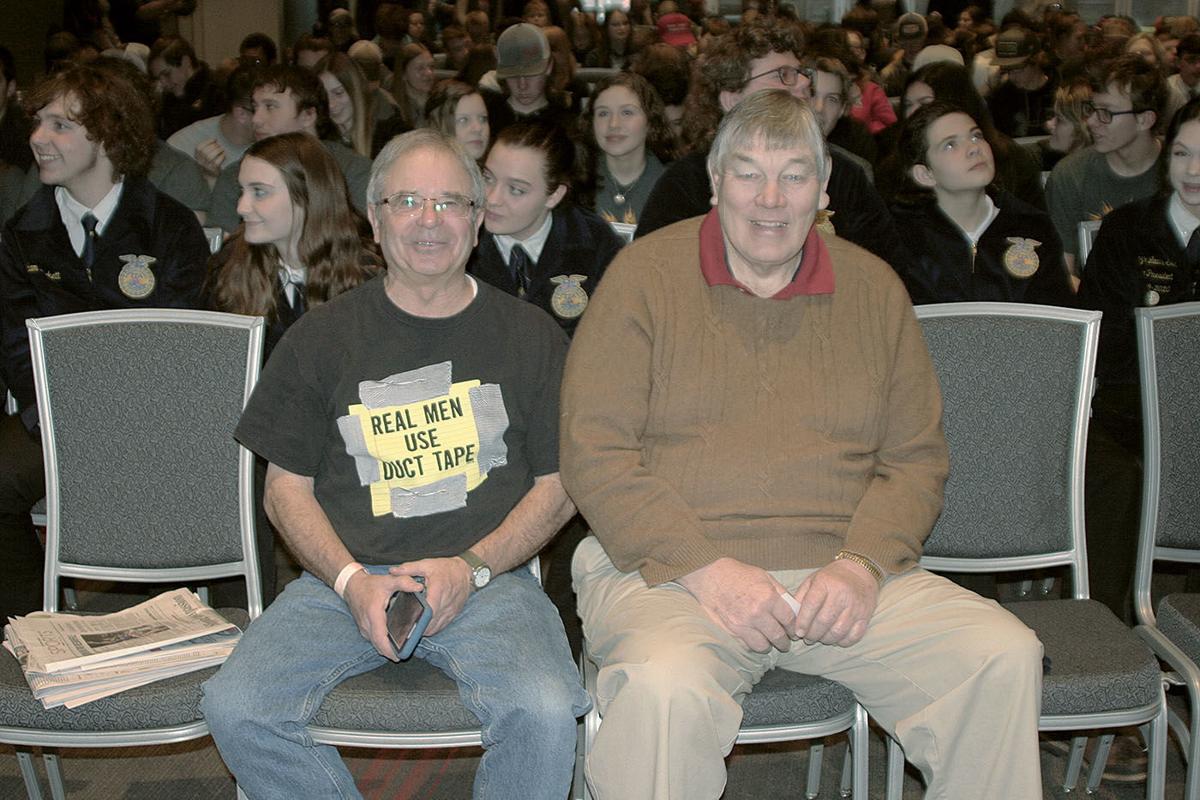 Malad, Idaho farmers Don Buehler and Dave Harris fit in with the cool kids during the FFA presentation Feb. 6 at the Spokane Ag Show. 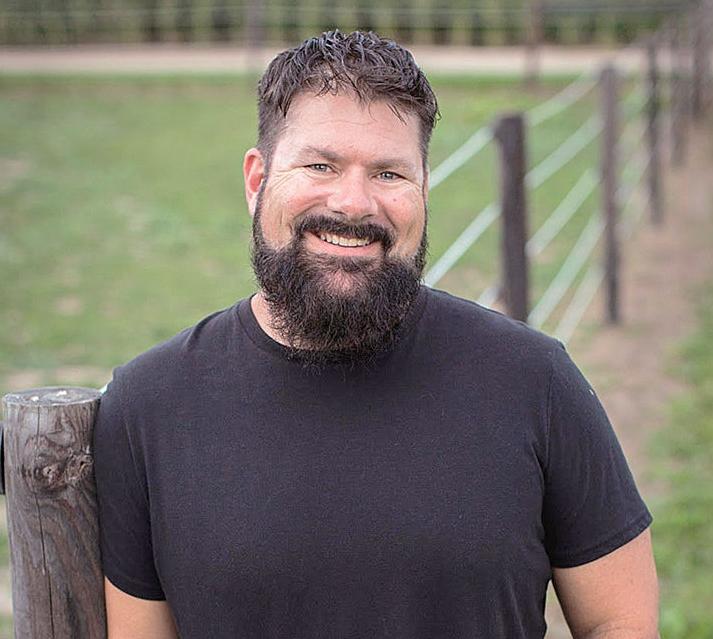 Malad, Idaho farmers Don Buehler and Dave Harris fit in with the cool kids during the FFA presentation Feb. 6 at the Spokane Ag Show.

SPOKANE — The best time to be in agriculture is now.

That was the message Rob Sharkey, an Illinois corn and soybean farmer, delivered to 900 FFA students Feb. 6 at the Spokane Ag Show.

“I can’t believe how impressive people your age are, and I don’t say that lightly because I don’t like kids,” Sharkey told the FFA members, to chuckles from the audience.

He talked about the ready access to information available to farmers and youth today.

“You can do anything, and you have got so many preconceived ideas that have not been put in your head like my generation did,” he said.

When kids today go to school and have a bad day, the bad day continues because of social media, Sharkey said. But many students have figured out how to navigate that and excel, he said.

“I can’t give your generation enough credit for what you’ve done and the circumstances you’ve grown up in,” he said. “To me you are the most impressive generation I have ever seen ... so you better not screw that up.”

Sharkey asked students what they most wanted to accomplish in the next five years, and then told them how quickly plans can change.

He dreamed of following his father’s footsteps as a farmer, but started raising hogs in 1998, right as the market collapsed.

He and wife, Emily, were deep in debt, to the point where the bank advised they file for bankruptcy.

The couple discussed it one night and into the early morning.

“I walked over, I took her face in my hands and said, ‘Look, whether I’m a farmer or not doesn’t matter, as long as I’m your husband and you’re my wife, we’re going to get through this,’” Sharkey recalled.

An hour or so later, Emily told him they weren’t filing for bankruptcy.

They called the bank and said they intended to repay everything they owed. It took seven years.

“Seven years of literally being broke, and I mean broke. We didn’t have credit cards or operating notes left, we didn’t go out, my (car) broke down, I rode a bike to the farm in the middle of winter in Illinois,” Sharkey said.

Sharkey began his podcast three years ago. He got started on Twitter, and quickly found a rapidly growing audience.

“I just talk to the average people in agriculture, not professional speakers,” he said.

“We do it by listening, not by sitting there and preaching,” he said.

Sharkey also spoke to farmers about the stigma of mental health prior to the economic forecast Feb. 5.

“There’s a lot of stress, anxiety and depression in agriculture, and it’s OK to talk about it,” he said. “If somebody gets sick and has cancer, what do farmers do? We all take our combines and harvest his crop. Neighbors stop by and feed his cattle. You hear somebody is having anxiety or depression, what do we do? You look the other way. It’s like a poison almost. But that has got to stop.”

“This is something pretty special, and I’ve been so impressed over the last couple days,” he said. “You guys are really here to learn, network and communicate.”