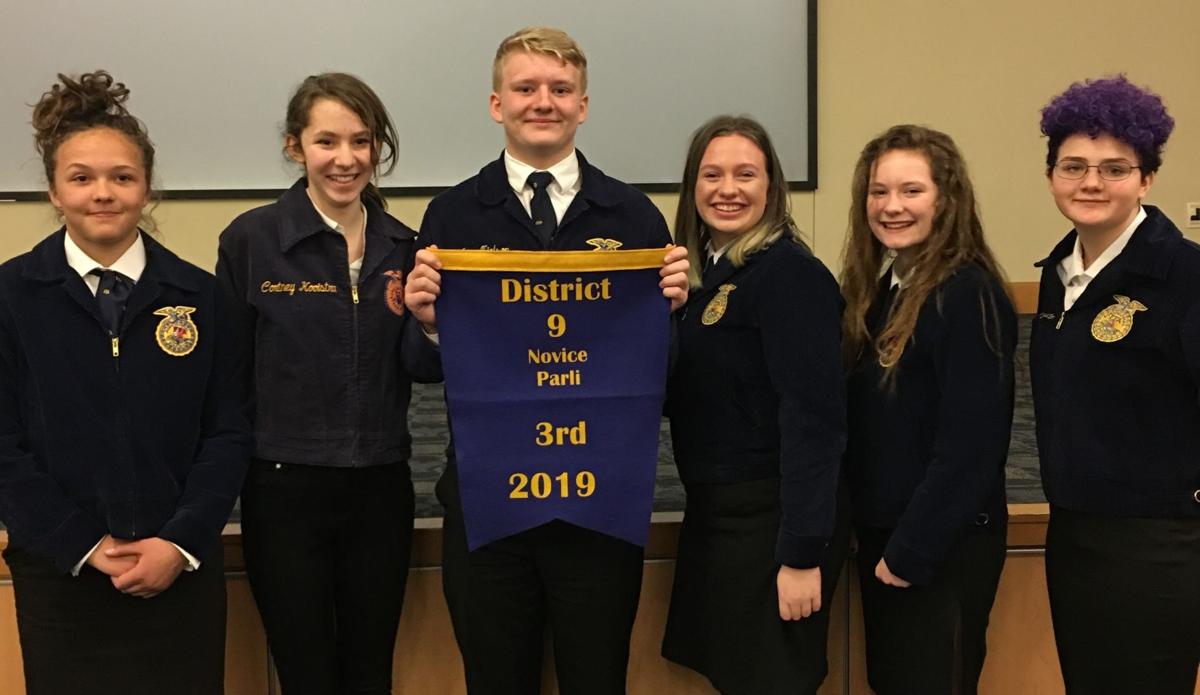 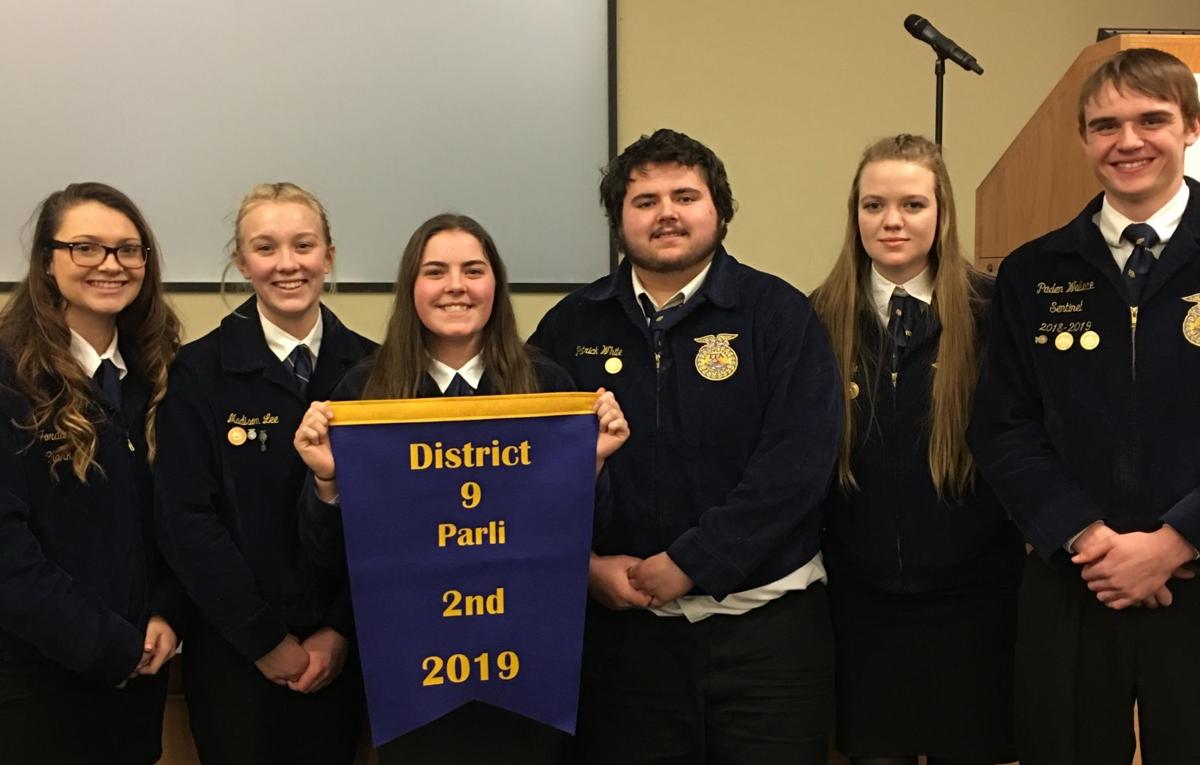 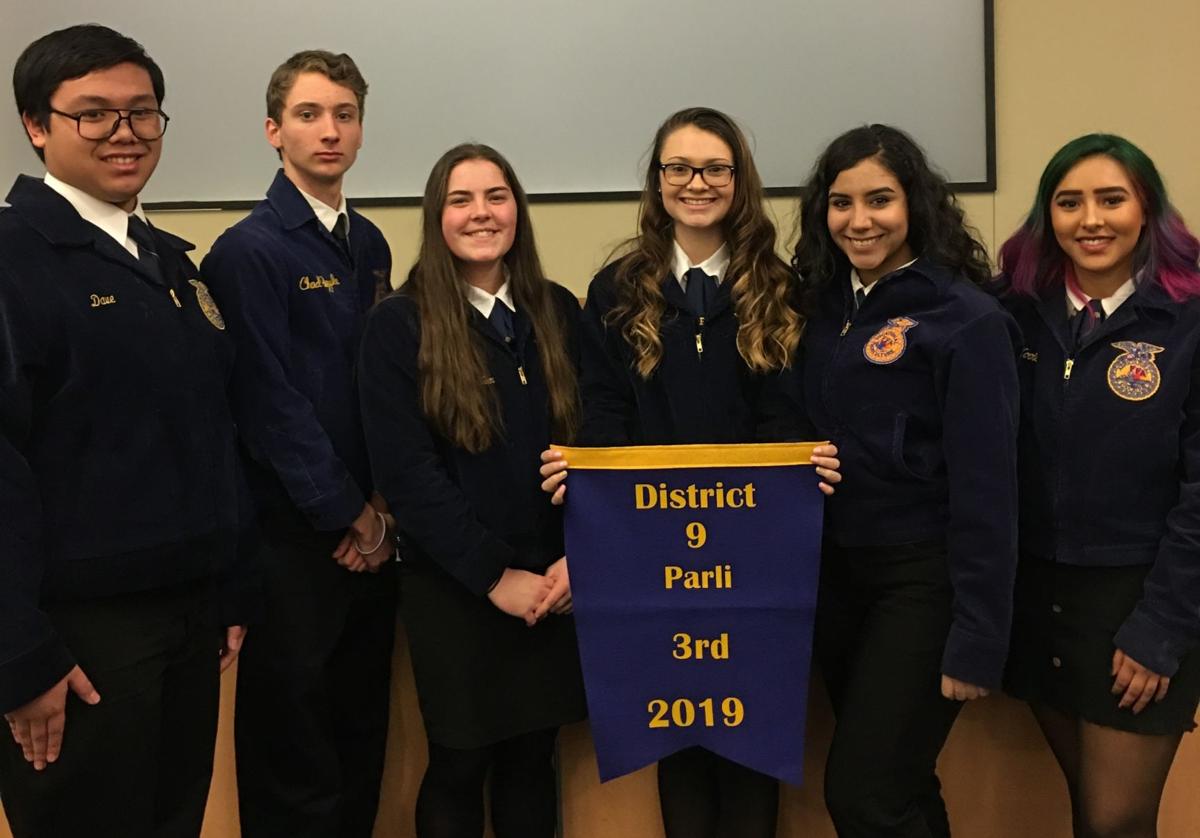 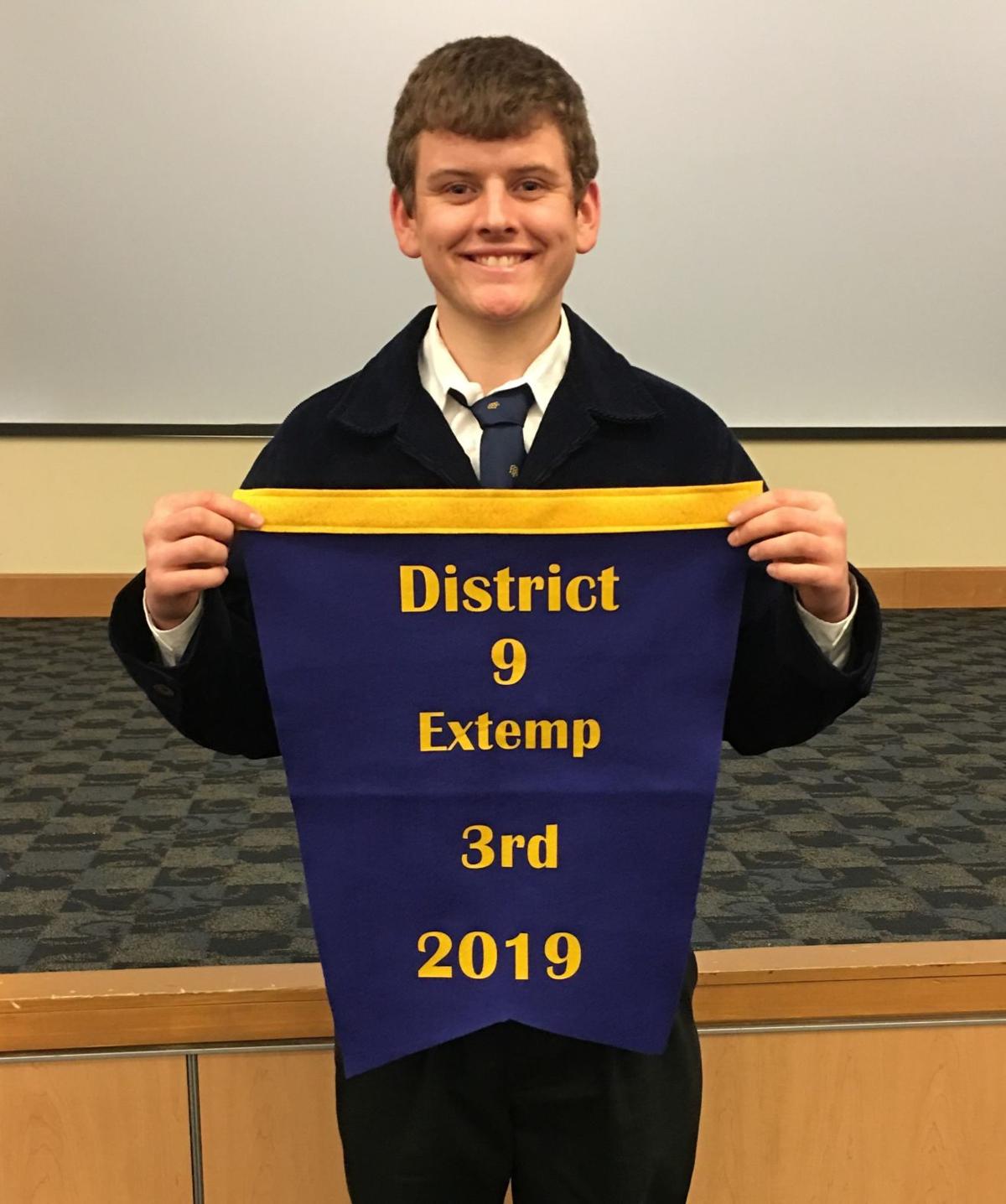 Cooper Raap finished 3rd in Extemporaneous Speaking and will represent the Quincy FFA at State.

Members of the Quincy FFA wrapped up their District IX Leadership Development Events last week and when all the points were tallied and banners awarded 20 members had qualified to move onto state competitions.

In team competition, two Parliamentary Procedure teams, the Agricultural Issues team, the First Year CDE team, and Conduct of Chapter Meetings teams all advanced to State. The First Year Team placed first in District and was made up of Tucker Ronnish, Marissa Linscott, Hannah Thompson, Ryann Harrington, and Kirsta Kirk. They along with Shannon Workinger earned a third-place finish in Conduct of Chapter Meetings.

Teams are also preparing for the Meats Evaluation, Food Science and Technology, and Agriculture Communications and will be joining the other qualifiers at State FFA Convention in Pullman May 8-12. In addition, Quincy FFA members will compete in the Agriculture Mechanics CDE, Environmental Natural Resources CDE, Horse Evaluation CDE and Livestock Evaluation CDE in the weeks prior to the State FFA Convention.