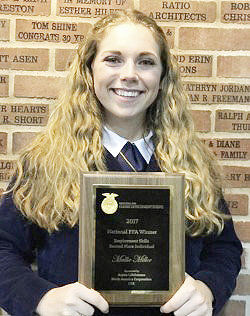 Mallie Miller proudly shows off her plaque after placing 2nd in the nation in the Employment Skills Career Development Event. 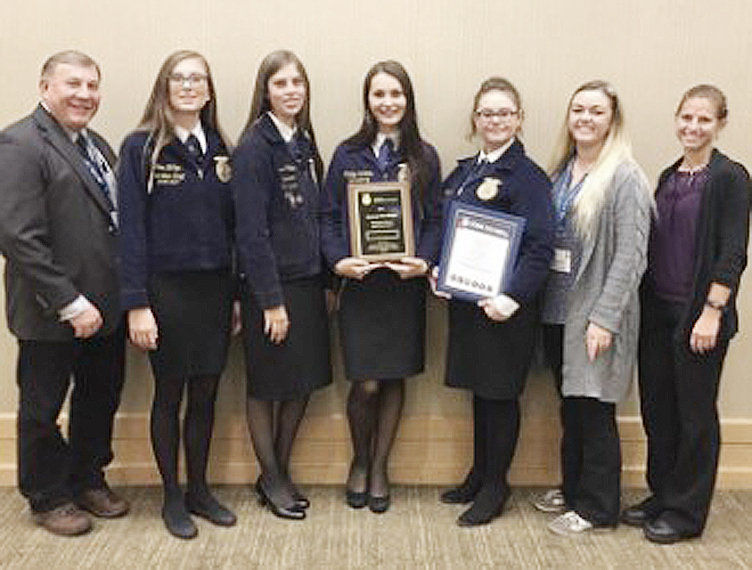 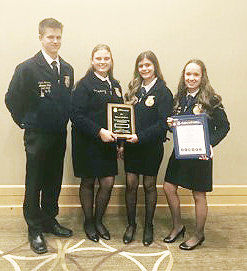 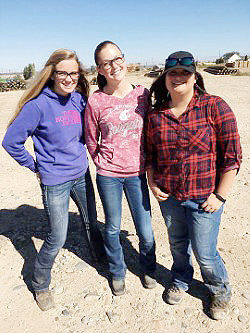 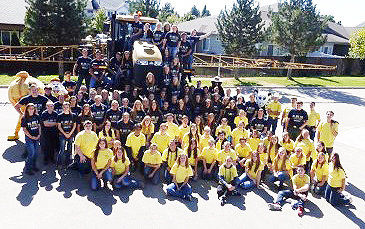 All helpers in the Meridian FFA Agriculture Exposition pose for a group picture! Speakers are in blue and tour guides are in yellow. 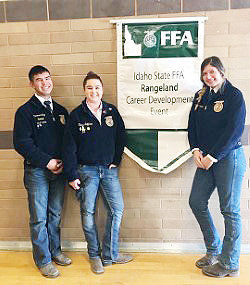 Mallie Miller proudly shows off her plaque after placing 2nd in the nation in the Employment Skills Career Development Event.

All helpers in the Meridian FFA Agriculture Exposition pose for a group picture! Speakers are in blue and tour guides are in yellow.

The annual Luau chapter meeting took place on Sept. 18 from 6 to 9 in the evening at Rocky Mountain High School. This meeting is the first one of the school year, and is the biggest recruitment event for the Meridian FFA Chapter. Many students attended to learn more about FFA, try on and order their jacket, pay their dues, and meet existing chapter members and officers. Attendees ate a luau-style pig, listened to reports, and played games with other members.

The Boise Valley District leadership workshop took place on Sept. 11 from 6 to 8 in the evening at Ridgevue High School. Over 35 Meridian FFA students attended the workshop to learn more about leadership. The workshop was facilitated by the District Officer team, including Cameron King and Ashton Shaul from the Meridian Chapter and District Advisor Ms. Russell. Those who attended went to four different stations, and participated in activities to meet other members and learn new leadership skills.

The Meridian FFA Agriculture Exposition (Ag Expo) took place from Sept. 26-28 in the Meridian High School Career Technical Center. Every first grade class in the West Ada school district attended this event between 9 in the morning until 2 in the afternoon on one of the three days it was held. There was a total of approximately 3,000 first grade students that attended the Ag Expo, all of which went to many different “stations” including tractors, different livestock and small animals, commodities, and much much more. Our members served as both tour guides and speakers, effectively helping to plan and run this huge event, and to teach kids about agriculture.

Finally, at the 90th National FFA Convention that took place in Indianapolis, Indiana from Oct. 25 to 28, 18 Meridian FFA members attended to compete, grow their leadership skills, and experience FFA at the largest FFA convention in the nation.

Mallie Miller competed individually in the Employment Skills CDE. She received gold and placed 2nd in the nation with advisor Mrs. Renee Peugh. Additionally, Kaitlin Muniz attended as a part of the National FFA Chorus, and Caitlin Martin attended to apply for a National Proficiency award.

Members that attended to experience the convention were Ellie Higgins, Mollie Hiscox, Cameron King, Dani Turnbough, Trinity Martin, and Kaitlyn Steppe, with Joe Wieting and Ashton Shaul presenting our National Chapter award. Overall, every member was able to grow their personal skills because of this event.

On Nov. 6 was the annual Meridian FFA Alumni Auction at the Meridian High School Career Technical Center. The money that our Auction raises goes towards senior scholarships, FFA jacket scholarships, and making state and national trips affordable for our members.

Overall, the months of September and October were incredibly successful for the Meridian FFA chapter. We would like to thank the host schools for each of these events, the generous sponsors that make these events possible, and the parents and advisors that help us to achieve great things like this.