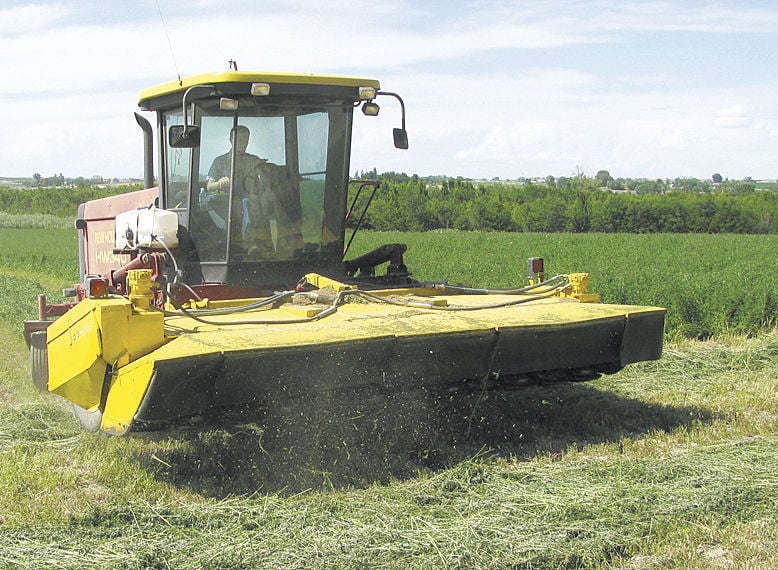 Contributed photo Gabe Flick cuts a hay field in the Treasure Valley in Western Idaho. The 21-year-old college student is a national finalist for the American Star in Agribusiness award from the National FFA. 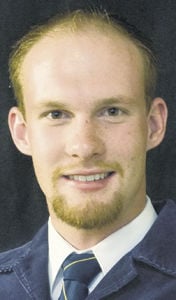 Contributed photo Gabe Flick cuts a hay field in the Treasure Valley in Western Idaho. The 21-year-old college student is a national finalist for the American Star in Agribusiness award from the National FFA.

Award winner will be announced at the national convention in Indianapolis

Gabe Flick was just 14 when he bought his first swather.

He found the old machine in the weeds at a neighbor's dairy and agreed to work off the debt. It would only take a few months, he was told.

"Three years later I paid it off. At $7 an hour, it takes a while," Flick, now 21, said in a phone interview from the University of Idaho.

Flick started swathing and stacking hay during his sophomore year at Middleton High School in Idaho as part of an FFA project.

He bought a rake the following year and purchased his first baler as a college freshman.

Flick now farms 104 acres and does custom hay on about 250 more acres. He has about 20 custom hay clients and a couple of employees.

His hard work and dedication have made him one of four finalists for the American Star in Agribusiness award from the National FFA organization.

Each star finalist receives $2,000 from the National FFA Foundation and earns the opportunity to participate in an international experience tour to Costa Rica. A panel of judges will select one winner for the American Star in Agribusiness at the 83rd National FFA Convention, Oct. 20-23 in Indianapolis.

To be one of four finalists nationally for an FFA Star award is a big deal, said Harley Wilson, one of Flick's FFA advisors at Middleton.

"It's huge," Wilson said. "Idaho has never had a finalist in Star agribusiness before."

Flick has always been motivated.

As a young teen he started growing pumpkins and sweet corn on the family's small farm, selling the produce at the Nampa Farmers' Market.

In high school he participated in student council, choir, band and served as FFA chapter president.

Flick remembers that it was difficult for his family to get anyone to cut and bale their own small hay field.

Large custom operators didn't want to bother. Smaller operators were difficult to get, too. Sometimes they showed up when promised, and sometimes they didn't.

When he became a custom hay operator he was determined to provide good service no matter how small the job. Flick has harvested fields as small as one acre.

"I was able to cater to (customers) because I knew what kinds of problems they were having.

"This project taught me more about customer service and communication than I ever imagined," he said.

Flick figures he works an average of 85 to 90 hours a week during the summer months putting up hay.

"I sleep in my truck in the field," he said. "At some point I'm going to want to slow down and have a life."

Flick is majoring in agronomy at Iowa State University. He's attending the UI this semester on an exchange program. After graduation he hopes to follow in his father's footsteps and get a job in the seed industry in the Treasure Valley.

Unfortunately for his customers, that will probably mean he'll have to give up his custom hay business.

"I don't know if I will continue it after I graduate," he said. "If I get a job I won't be able to do justice to my customers."

Scholarship Money Is Available for Students Studying in Irrigation-Related Fields